Who is Jimmy Garoppolo?

Jimmy Garoppolo is an  American footballer. He plays from the “quarterback” position. Jimmy represents the team “San Francisco 49ers.” He used to play for the “Eastern Illinois.”  He even broke the career passing “Touchdowns”, “Passing Touchdowns” and “Career Passing Yards” of Tony Romo during his senior year in 2013. Jimmy also won the “Walter Payton Award” for the category of “Best Offensive Player” in the season. It was during the “Football Championship Subdivision (FCS).”

Jimmy Garoppolo signed an agreement with the “San Francisco 49ers” in 2018. I was a deal of $137.5 million. The deal became the largest contract in the history of the NFL as compared to the annual records.  He has to stop playing in the season as he tore his “Anterior Cruciate Ligament (ACL).” Jimmy was back in the game in 2019. He succeeded to take the team to the “Super Bowl LIV.” The team lost the match against the “Kansas City Chiefs.”

The birthplace of Jimmy Garoppolo is Arlington Heights, Illinois. He came into the world on 2nd November 1991. His father’s name is Tony Garoppolo Sr. He was a retired electrician. His mother’s name is Denise. Jimmy grew up with his three brothers. His brother Mike is a teacher. His other brother Tony is an architect. The younger brother is Billy. They spent most of their childhood in Arlington Heights, Illinois.

Jimmy Garoppolo went to “Rolling Meadows High School.” He used to play for the school team. He used to play from the “linebacker” and “quarterback” positions. Jimmy played a total of 19 matches passing 3,136 yards and touchdowns of 25. The record was a total of his senior and junior seasons.

Likewise, Jimmy attended “Eastern Illinois University” for further studies. He was in the college team “Eastern Illinois Panthers.” It was between 2010 and 2013. Jimmy appeared in 8 games in his first year. He had a record of passing 1,639 yards and touchdowns of 14. This made it possible for Jimmy to attend the “All-Ohio Valley Conference.” He had a record of 2,644 yards and touchdowns of 20 in 2011.

Jimmy improved the record to 3,823 yards and touchdowns of 31 in 2012. The record progressively increased to 5,050 yards and touchdowns of 53 in 2013. This broke the school record of the “Career Pass.” Jimmy won the “Walter Payton Award” in the category of “Most Outstanding Offensive Player” in 2013. It was during the “Division I Football Championship Subdivision.” Jimmy also became the “OVC Male Athlete of the Year” during the “2013-14 season.” He also received the “College Football Performance FCS National Quarterback of the Year” in 2013. 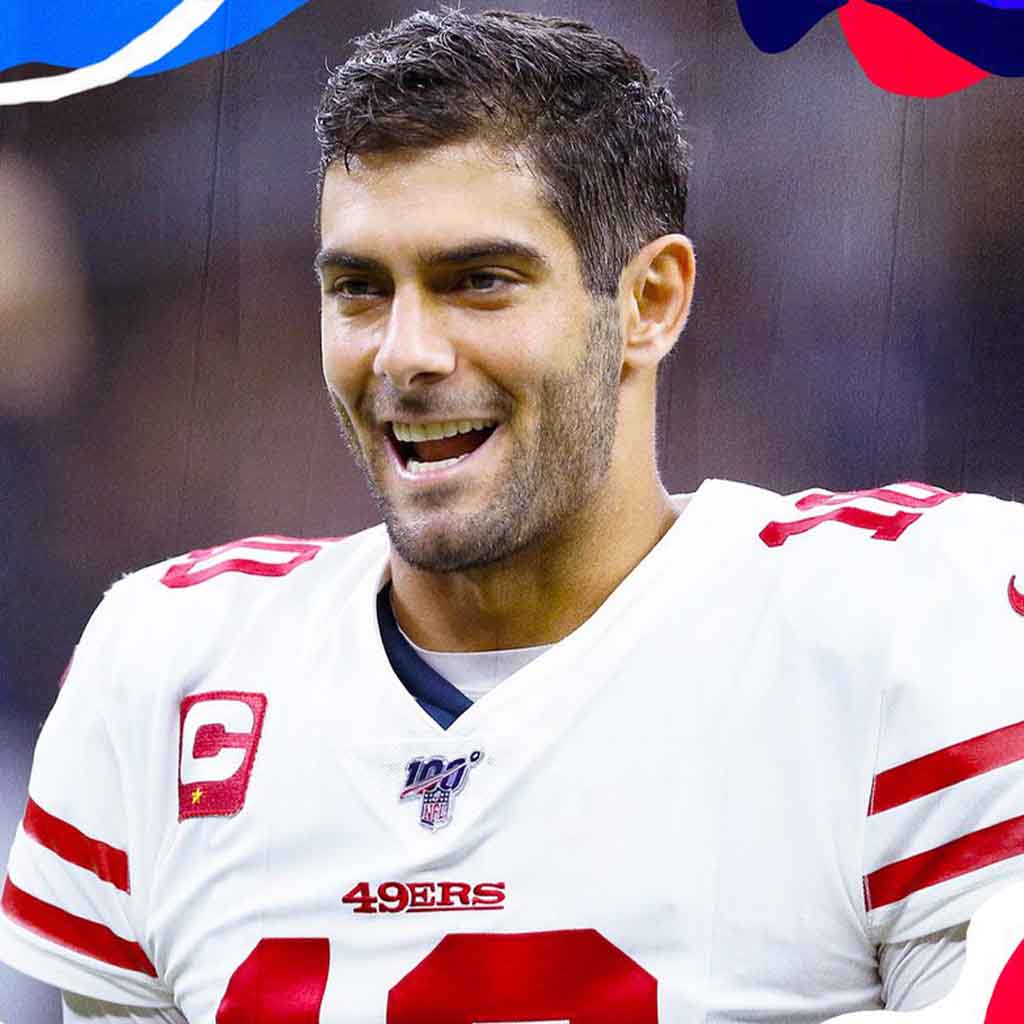 The professional career of Jimmy Garoppolo started after he joined the “New England Patriots” after the “2014 NFL Draft.” He became the first player to participate in the “2014 NFL Draft” from the “Football Championship Subdivision.” He signed a contract with the team for $3,483,898. It was a four-year deal with a signing bonus of $853,744.

Likewise, he was in the team that lost the match against the “Kansas City Chiefs” in 2014. It was during the “Monday Night Football.” Jimmy was part of five games in 2015. His record was of 39.6 passer rating in the season.  Jimmy became the “Starting Quarterback” position in the first match of the 2016 season. His team won the match against the “Arizona Cardinals” during the “NBC Sunday Night Football.”

Jimmy made his comeback in the match against “Tampa Bay Buccaneers” in 2019. His throwing record was 166, with one interception and one touchdown in the match. Jimmy played the first match against the “Arizona Cardinals” in the 2020 season. He succeeded to throw 259 yards. His last match of 2020 was against the “Seattle Seahawks” in the 8th Week. He faced injury in the game to stop playing in the season.

Jimmy Garoppolo is quite conscious of his personal life. He seems to keep most of his love life to himself. Although Jimmy has been dating Alexandra Rose King since 2018. 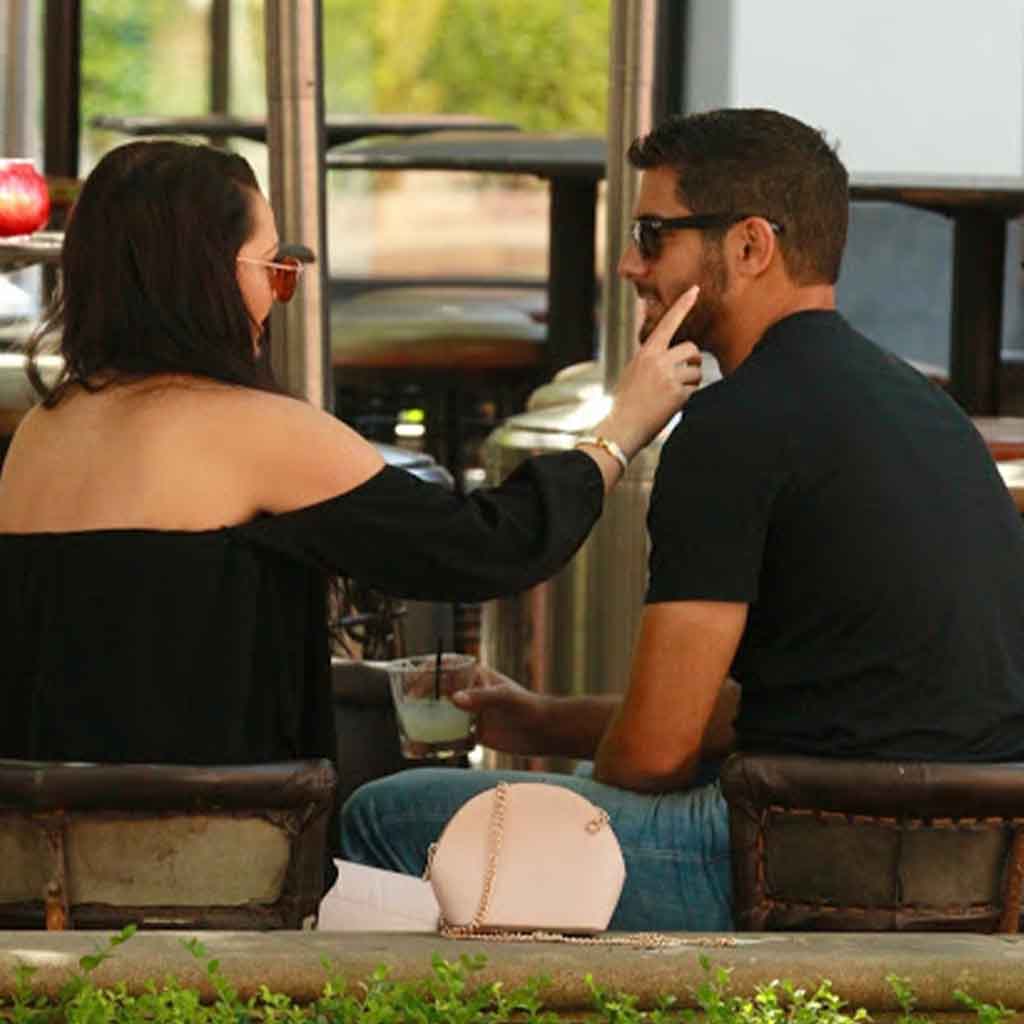 Jimmy is active on social media platforms. He goes with the name of “jimmypolo10” on Instagram with 1.3M followers and “Jimmy garoppolo” on Twitter with 236.2K followers. He does not have an official Facebook page.

The full name of Jimmy is James Richard Garoppolo. The current age of Jimmy is 29. He has an attractive height of 6 feet 2 inches along with a complimentary weight of 102 kgs.  His nationality is American. Jimmy belongs to the Polish, German and Italian ethnicity. 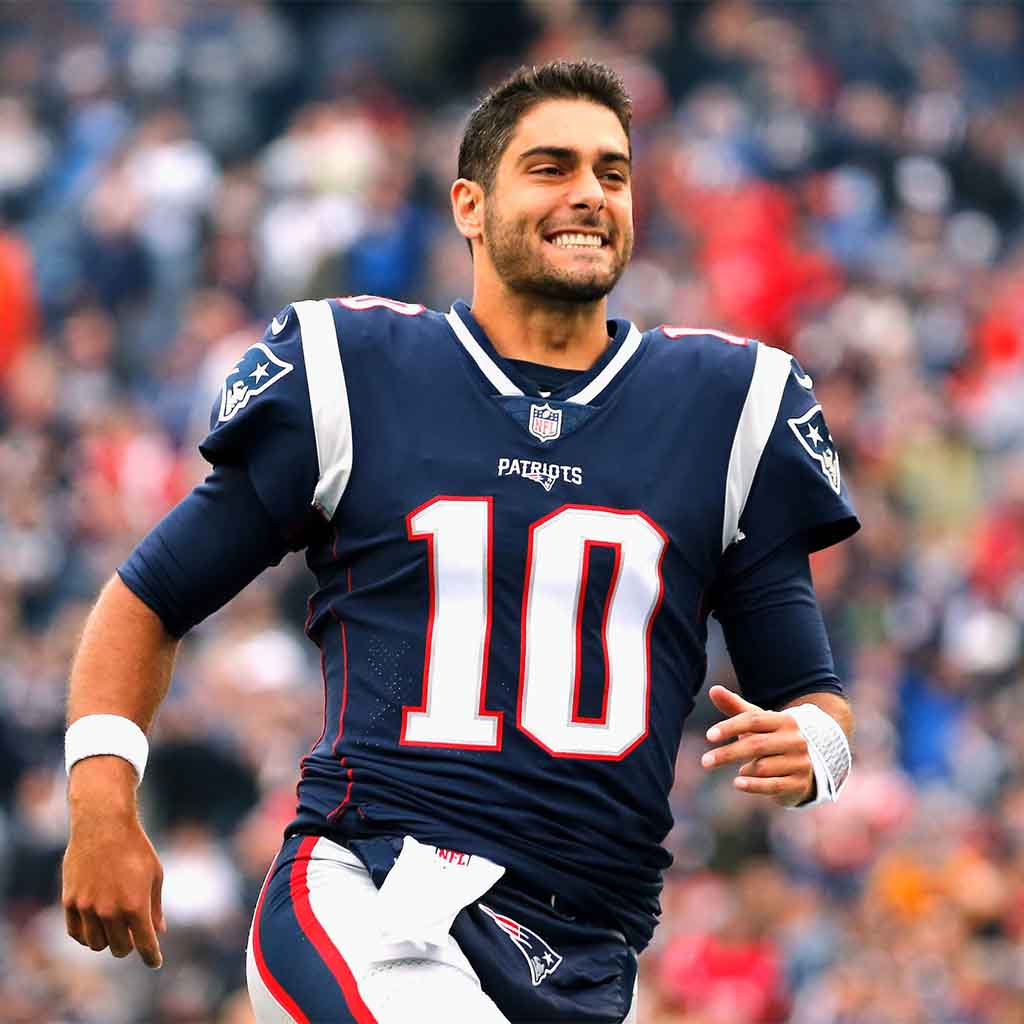 Jimmy Garoppolo has been part of the sports fraternity for more than five years. He has been progressing a lot in his matches. Jimmy has contributed a lot to make his team win many matches. According to celebritynetworth.net, he has an approximate net worth of $25 million.