Gordon Hayward is a professional basketball player from America. He famous as the player of “Boston Celtics,” ” Butler Bulldogs,” and “Utah Jazz.” The strength of Gordon is his incredible height. He developed a passion for basketball in the high school days. Gordon has proved his skills as one of the greatest players in the “NBA.”

The birthplace of Gordon is Indianapolis. He came into the world on 23rd March. His father’s name is Gordon Hayward Sr. and his mum’s name is Jody Hayward. Gordon wanted to make his career in basketball from a young age. 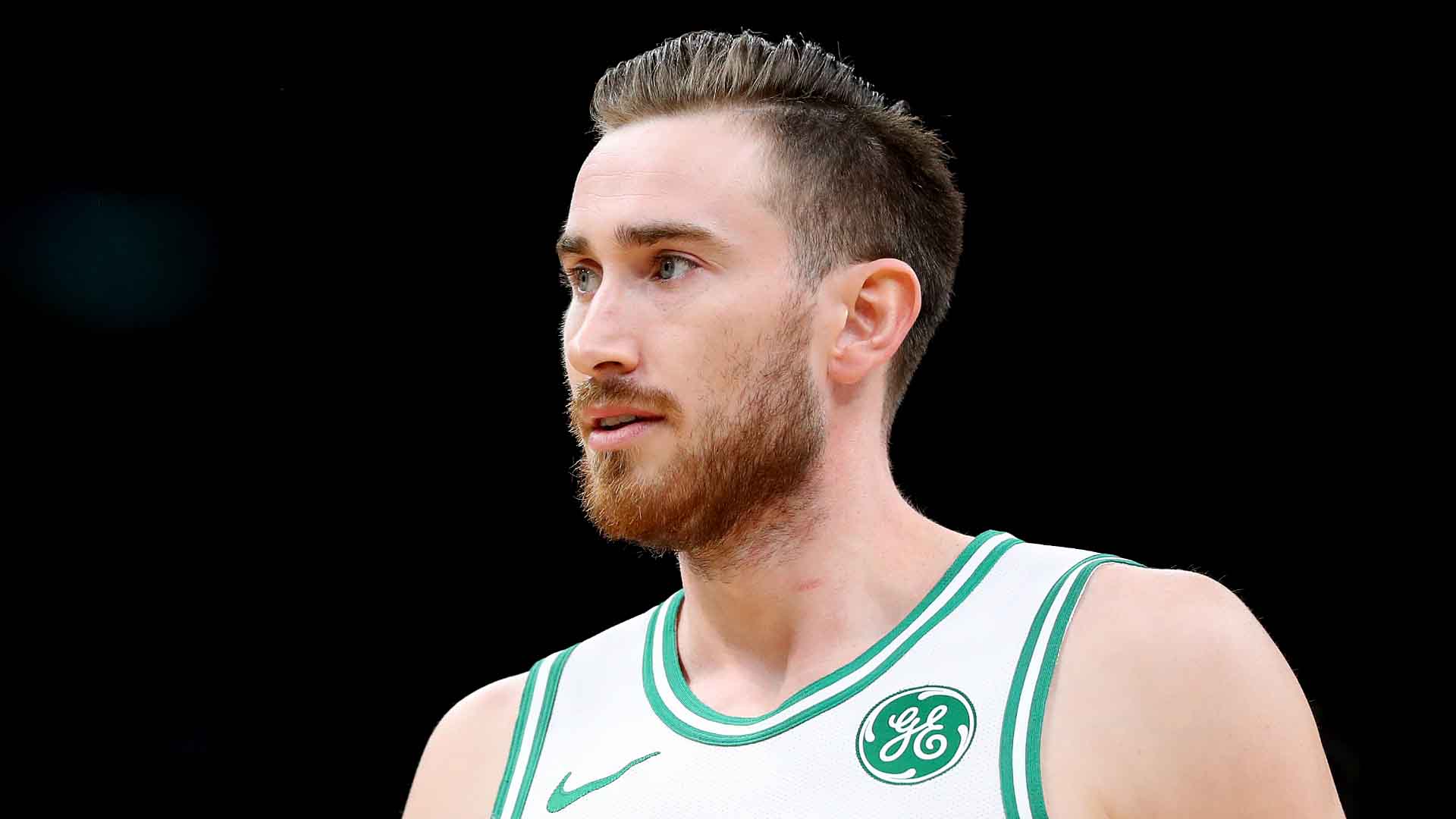 His father played a significant role in nurturing the skills Gordon. He trained to improve his guarding, ball maneuvering, and shooting skills along with his father. Gordon also used to play tennis at his young age.

Before his high school career, Gordon Hayward had not reached his desire height. This discouragement gave him second thoughts on making a career in basketball.

Gordon went to Brownsburg High School. Gordon Hayward had a height of 5 feet 11 inches at the time of starting high school. With proper physical exercise, he grew his size up to 6 feet 8 inches. The great height helped him enter the high school, basketball team. Gordon Hayward was also responsible for taking his school to the “4A State Championship.” Gordon even made it to the “First-team all-state Team.” He even succeeded in gaining the title of “Indianapolis Star Player of the Year.”

Likewise, he joined “Butler University” on scholarship. He started playing for his college team in the 2008-2009 season. Gordon succeeded in reaching 13.1 points during his first year in college, which made him enter the “All-Horizon League First Team” and “Horizon League All-Newcomer Team.” The team succeeded in participating in the “Horizon League’s Basketball Tournament” in 2009. But they weren’t able to claim the title.

Moreover, the “Butler Bulldogs” had a fantastic 2009-2010 season where the team succeeded in women the title like “Horizon League Men’s Basketball Tournament.” Gordon Hayward even received the honor of the “AP All-American Honorable Mention.” He also received the “Horizon League Player of the Year” honor. The team also succeeded in participating in the “NCAA Division I Men’s Basketball Tournament.” They lost the final match against “Duke University Blue Devils.” 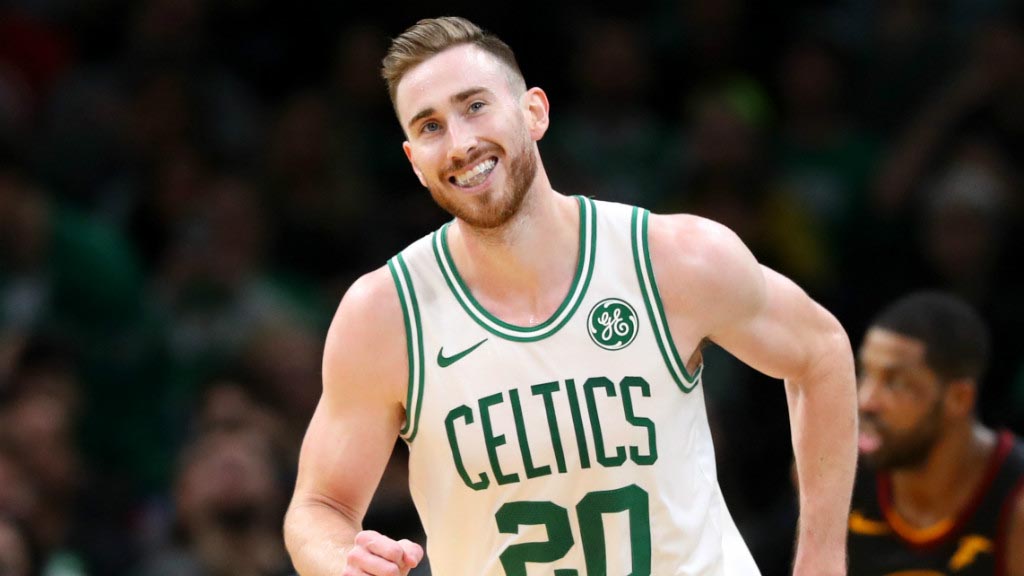 After an appreciable performance in the “2010 NCAA Tournament”, he decided to participate in the “2010 NBA Draft.” The “Utah Jazz” selected him in the Draft. This draft began his professional basketball life. Gordon succeeded in contributing to the match against “LA Lakers” in April 2011. He ended the season with 34 points.

Moreover, Gordon began appearing in the games in the 2011-2012 season. He succeeded in becoming part of the team to participate in the “NBA Rising Stars Challenge” in 2012, and during the voting round of the “NBA Sixth Man of the Year” award, Gordon Hayward landed up being the second runner up. He also became one of the offensive players of the team. His 2013-2014 season was also a successful one. This title helped him become a free agent with restrictions.

The Charlotte Hornets offered a four-year contract of $63 million to Gordon. But the “Utah Jazz” didn’t want to lose such a gem and signed him with the same value. Gordan succeeded to grew his career-high point in the 2014-2015 season and 2015-2016 season. He even suffered from a left-hand fracture in November 2016. Gordon Hayward also played in the “All-Star Game” in January 2017. His record of points increased to 39 in April 2017.

Moreover, Gordon joined the “Boston Celtics” with a contract of four years in July 2017. It was a deal of $128 million. He suffered an injury just after his debut match for the team. It was in October 2017. His tibia got broken, and his ankle got dislocated. During his attempt to pass the ball to Kyle Irving, his left leg could not take his whole body weight. He underwent surgery for the pain. His second surgery was in March 2018.

On top of that, Gordon Hayward had started playing for the national team of the USA in 2009. He represented the USA in “2009 FIBA Under-19 World Championship.” The team succeeded in winning the tournament. He was also part of the team in “Olympics USA Team” in 2012. 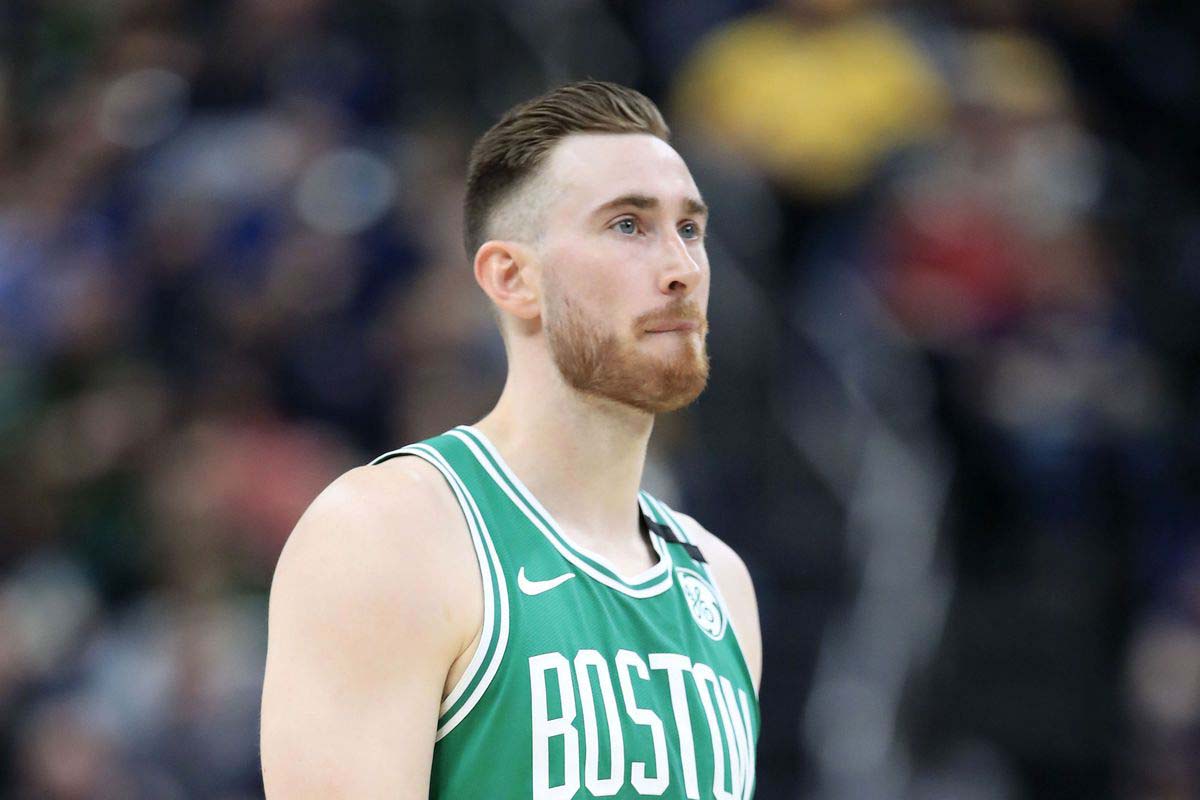 Gordon has been part of a lot of tournaments and had won several titles. According to celebritynetworth.net, he has an approximate net worth of $60 million.

The nationality of Gordon is American. His full name is Gordon Daniel Hayward. The current age of Gordon is 30. He has an attractive height of 6 feet 7 inches with a complimentary weight of 102 kgs. He belongs to the white ethnicity.