Holly Holm, who is nicknamed “The Preachers Daughter” is one of the most recognizable UFC faces. She is an American MMA fighter and a former UFC Women’s Bantamweight Champion. Holly started MMA in 2011. From 2003 to 2013, she was boxing, and before it, from 2001 to 2003, she was kickboxing.

Holly Holm’s full name is Holly Rene Holm. She was born to Roger and Tammy on October 17, 1981, in Albuquerque, located in New Mexico. Her father is a preacher, and her mother is a massage therapist. She loved playing soccer and other activities like gymnastics, swimming, and diving in her early days. She completed her high school education from Manzano High School in 2000. Her parents divorced the same year. After high school, she attended the University of New Mexico. 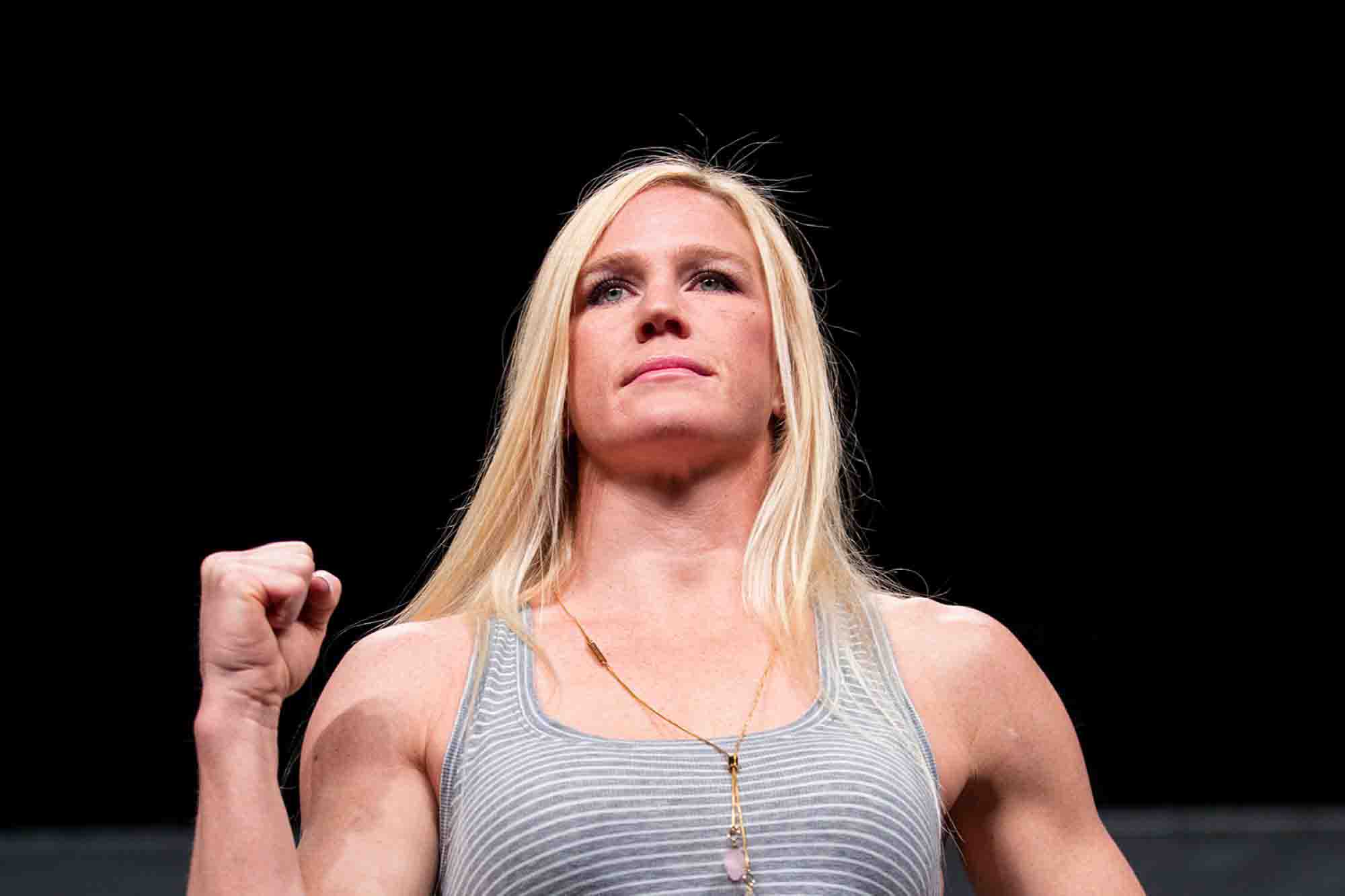 Holm started kickboxing and boxing early on in her life when she was just 16 years old. Mike Winkeljohn was her trainer at that time. She was able to win at the IKF in September 2001. 6-0-2 is her amateur kickboxing record. She held 140 out of 154 welterweight championship belts. In June 2008, she defeated the former champion, Mary Jo Sanders. Their October 17, 2008 match ended in a draw. On December 2 of 2011, she fought against Anne Sophie Mathis and got defeated with a KO in the 7th round. On June 15, 2012, they had another match. Holly Holm won this match, and she became the new IBA female and WBAN champion.

She started her MMA (Mixed Martial Arts) journey on March 4 of 2011. Holly Holm made her debut with a match against Christina Domke. Lenny Fresquez organized the event. Holm won the fight with a TKO in the second round. After this, she made her second appearance on September 9 of 2011 when she fought against Jan Finney. She won the match with a TKO in the third round. Holly Holm won her Bellator MMA debut against Katie Merrill with a TKO in the second round at Bellator 91. She ended her boxing career to focus on MMA after her match against May McGee in 2013. She won the game via a unanimous decision.

At the Legacy Fighting Championship 21, Holly Holm fought Allanna Jones on July 19. Proving her abilities yet again, Holly won the match via a head-kick KO in the second round. She won the Legacy FC Women’s Bantamweight Championship with a broken arm on April 4 of 2014. In 2014, Holm signed a five-fight contract with UFC. Holm had to pull out of her debut at UFC 181 match against Raquel Pennington due to an injury. They fought later in UFC 184, and Holm wins the game by the split verdict. It got reported that she signed a six-fight contract with UFC on March 20 of 2019. 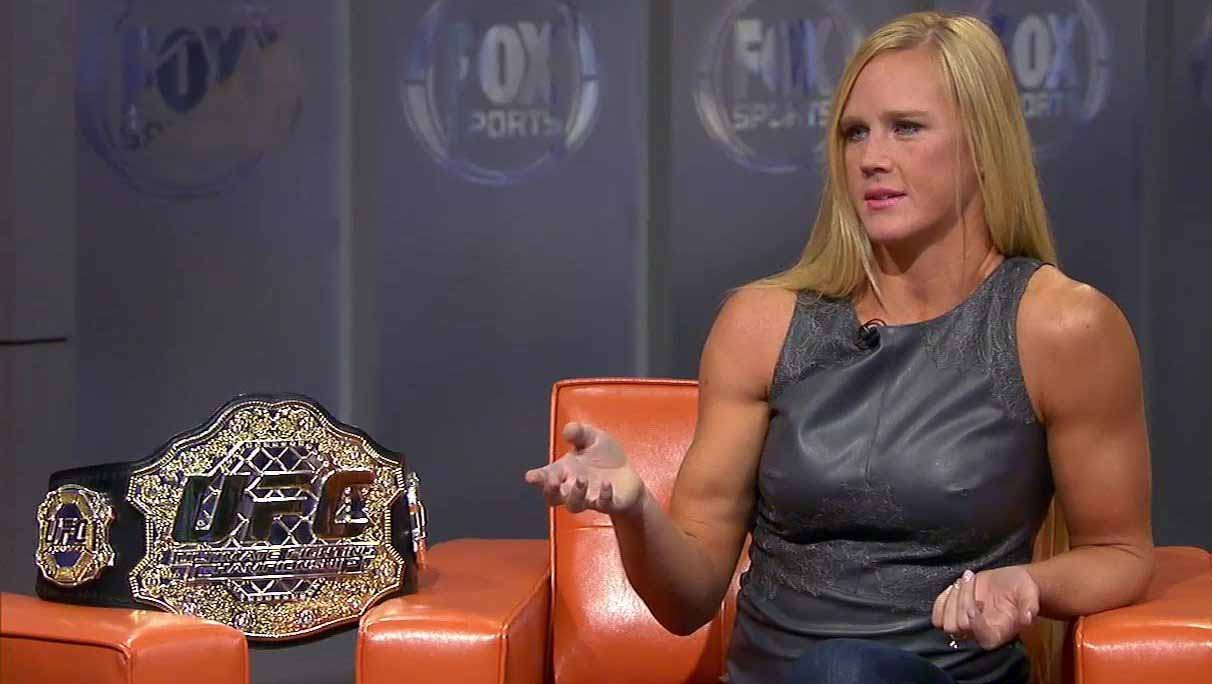 Holly won 33 out of 38 matches out of which nine wins were by knockout in her professional boxing career, two losses were by knockout out, and three draws. Holly Holm won 14 out of 22 kickboxing matches, 7 were draws, and one loss was due to a KO. In her MMA career, to date, she has played a total of 19 matches, out of which she has won 14. She won 8 games by knockout and six matches by decision. Out of her 6l5 losses, one was by knockout, one was by submission, and three were by decision. She appeared in “Knockout Sportsworld” in 2010 and acted in the role of Payton Walsh in the action film titled “Fight Valley” in 2016.

Holly and Jeff Kirk Patrick married in 2012. After seven years of marriage, they divorced in 2019. She doesn’t have children. It got speculated that she is not dating anyone as of October of 2020. 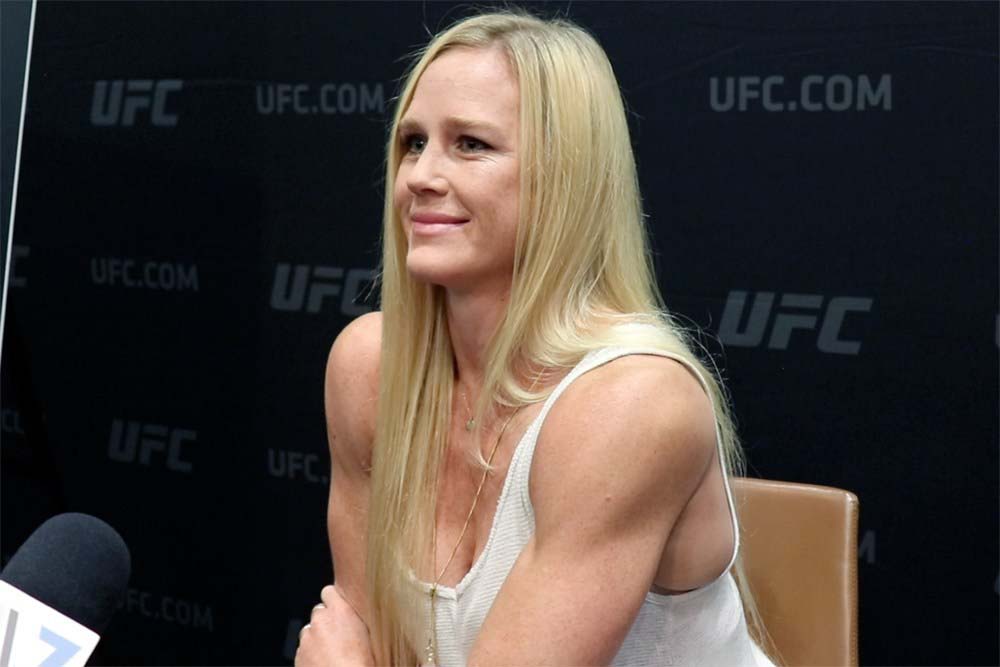 Holly Holm’s net worth got calculated to be almost US$ 5 million as of October 2020. She earns most of her fortune from professional boxing/kickboxing. She also makes money from her investments in real estate.