Scottie Pippen is a former professional basketball player from America. Along with Michael Jordan, he is the player who transformed the Chicago Bulls into a champion team. Scottie Pippen is rated one of the most outstanding small forward to grace the game. He was also part of two Olympic teams; in 1992 and 1996.

From 1987 to 2004, he has won six NBA titles with Chicago Bulls and has also won two Olympic gold medals. 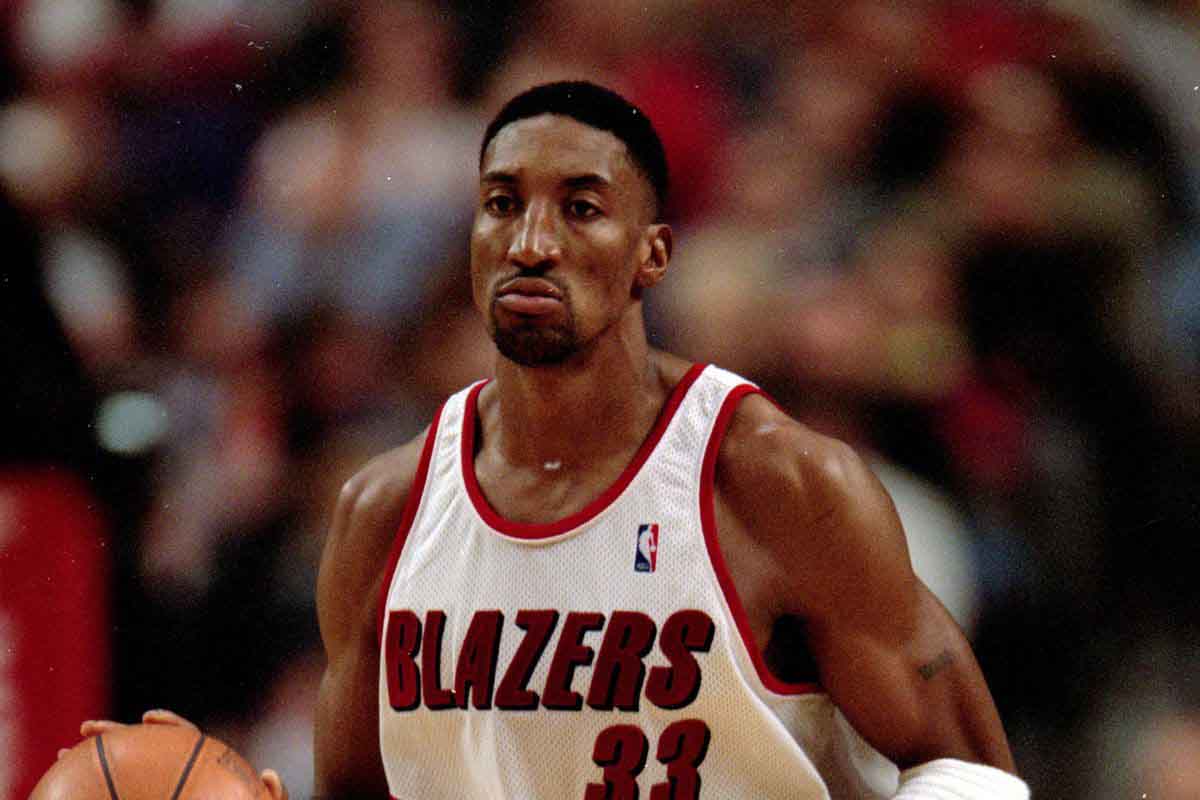 He was born to Ethel and Preston Pippen on 25th September 1965 in Hamburg, Arkansas. He was born as the twelfth child of the couple. Both his father and mother were over six feet. He is the tallest member of the house. His father worked in a paper mill but left the work after he was paralyzed due to a stroke. He died in 1990. His mother died in 2016, aged ninety-two. Because Scottie Pippen belonged to a low-income family, his childhood was full of struggles.

He completed his high school studies from Hamburg High School. During his high school years, he played as a point guard for his school team and even let the team state playoffs.

He started his career as a player for the University of Central Arkansas under coach Don Dyer. Because his college played in the National Association of Intercollegiate Athletics, he could not receive much media coverage. Scottie Pippen was a powerful player in the league and even earned the NAIA All-American Honors in 1987. He later drew the attention of NBA scouts because of his dominant play style.

Scottie Pippen was picked by the Chicago Bulls in 1987 and made his NBA debut on 7th November of the same year against a match with the Philadelphia 76ers. He was motivated by Michael Jordan, and the two used to play one-on-one matches against each other, which helped Pippen tune his playing skills. He started as a small forward in the 1988 playoffs and helped the team to reach conference semifinals for the first time in a decade. 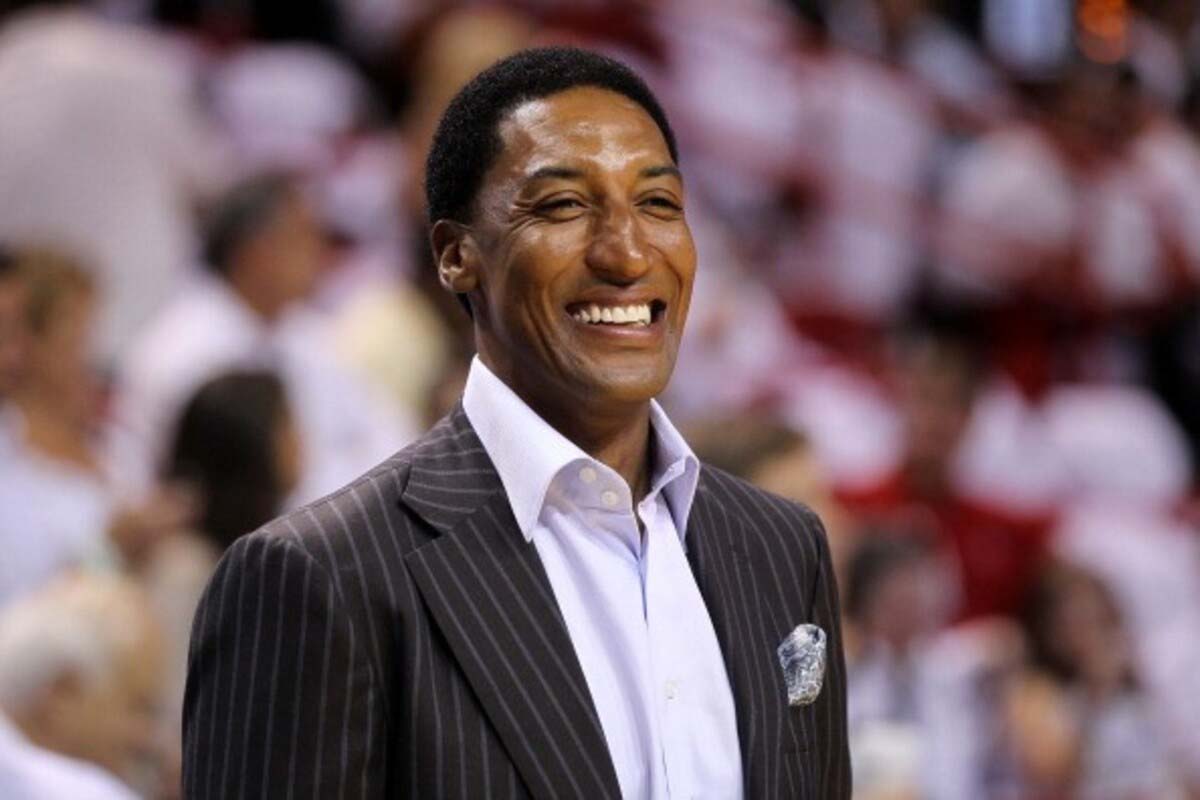 He earned his first NBA All-Star selection in 1990 after his amazing plays in the first few years with Bulls. He continued improving his game and made his first triple-double in the 1990-91 NBA season. He continued performing well in the season and, along with Michael Jordan, led the Bulls to its first-ever NBA title defeating Los Angeles Lakers in the finals.

He also helped the Bulls to win the titles in 1992 and 1993, making the Bulls the first team since Boston Celtics to win three championship titles in a row. After the retirement of Michael Jordan, Scottie Pippen kept leading the team to victory but could not win a championship. After Jordan came out of his retirement, the duo worked together with Dennis Rodman to lead the team for three consecutive NBA championship from 1996 to 1998.

Michael Jordan retired for the second time, and Jackson left the Bulls, which caused the Bulls to go into the rebuilding phase. Pippen was traded to Houston Rockets in 1998 and got again transferred to Portland Trail Blazers in 1999. He did well with the Blazers but could not perform at the All-Star level. Scottie Pippen then signed to Bulls once again in 2003 but played only twenty-three games before announcing his retirement in 2004. Scottie Pippen’s jersey number is 33, and left the Bulls in 2005.

He made a brief comeback in the professional scene in 2008 playing for Torpan Pojat and Sundsvall. In 2010, he was announced as the Bulls team ambassador and worked as a senior advisor to Bull’s President Michael Reinsdorf.

He has also made appearances in few films and television series, including “ER,” “Hardwood Heroes,” “He Got Game,” “Midgets vs. Mascots,” “Fresh off the Boat,” and a few others.

Apart from his championship titles, he has also won NBA All-Defensive honors for ten times and NBA All-Defensive First Team Honors for eight times. Scottie Pippen got inducted in the Naismith Memorial Basketball Hall of Fame in 2010. He is also one of the only three non-guards to have more than 200 steals in an NBA season. 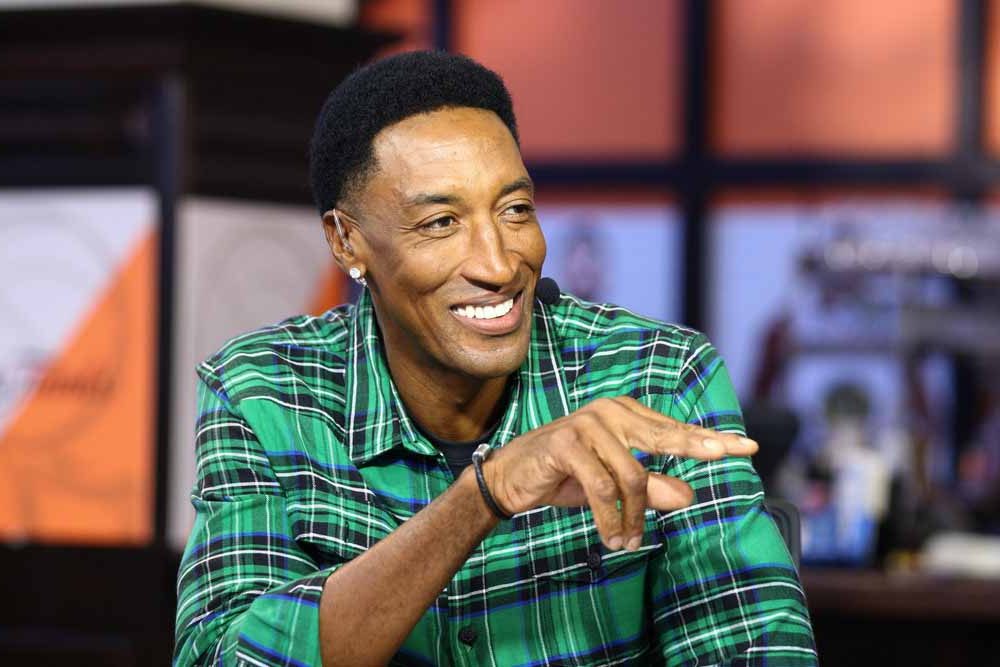 He was married to Karen McCollum in 1988 and had a son from the relationship. The couple separated in 1990. He then married Larsa Younan in 1997 and has four children together. They were together for over two decades before their divorce in 2018. He was also in a relationship with Yvette De Leon and Sonya Roby and had a child with both. He was sued for $4 million by Camran Shafighi in 2013 for physical assault charges, but the district attorney dropped the charges.

He is 2.01 meters or six feet and seven inches in height and weighs 103 kilograms.

He has over 644 thousand followers in his official Twitter handle @ScottiePippen.

According to celebritynetworth.com, he has an estimated net worth of $20 million. During his peak career, he had earned over $100 million from salary and endorsements.