Jamie Vardy was born on 11th January 1987 in the city of Sheffield, United Kingdom. He was born into a middle-class family. His mother is Lisa Vardy, who used to be an employment solicitor, and his father is Richard Gill, who was a crane worker. He grew up in Hillsborough, and his childhood was quite rough as he was a factory worker to support his family. The tale of his career is rags to riches.

Since his childhood, the boy loved playing football but entered into the professional football world during his mid-teenage days. He took a risk and gave up all his education and worked hard, becoming a footballer. His parents were understanding, and they fully supported the young, passionate Vardy. 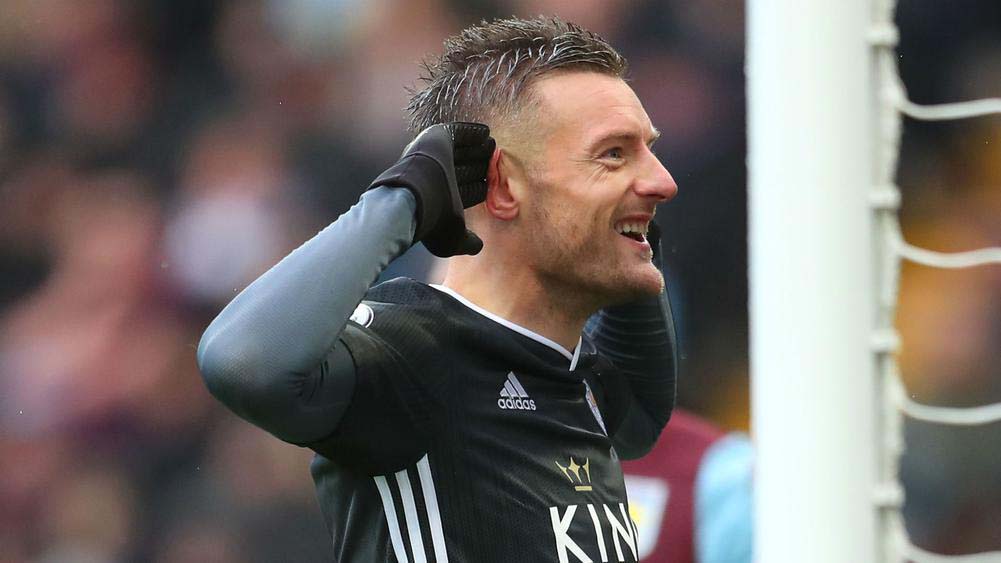 He started his professional career with Stocksbridge Park Steels when he was16 years old. He made his way up to play for the first team from the reserve team and played his first match in 2007. He saw his potential and his fantastic gameplay; many other league teams got interested in him. Jamie Vardy played for Rotherham United for a short period and ended up in FC Halifax in 2010 June. He played 37 games that season and scored 25 goals for the club, becoming the club’s top scorer and even got a player of the season title.

After his successful season with Halifax, Fleetwood Town signed him in 2011. Even his first club game was not that satisfying; he started doing well as time passed with the club. Scoring goals were nothing for him; in fact, scoring a hat-trick used to be his challenge. The team was yet in the second position in the league, 2 points behind Wrexham.

With an eye on the goal, Vardy was the highest scorer of the Competition that division, with 31 goals in total. He was a fortune for the club as they won the league title, Conference Premier, defeating Wrexham. Seeing his masterful performance, Jamie Vardy was offered by many other clubs to play for them, but he rejected the offer and finally announced to join Leicester City another season. Vardy soon played for better club Leicester City since 2012.

He couldn’t pull off his magical goals in the first season. His first season went terrible, and he got blamed for the losses of Leicester City by media and fans. Since it was his first time playing with a bigger club, he was not in form and maybe was nervous. But in the coming season of 2013-14, Jamie Vardy shocked the audiences with his excellent goal-scoring abilities. With his effort and teamwork, Leicester City ends the season being on top of the table and got a chance to play in Premier League. Vardy was able to score 16 goals that seasoned and became the club’s player of the season. 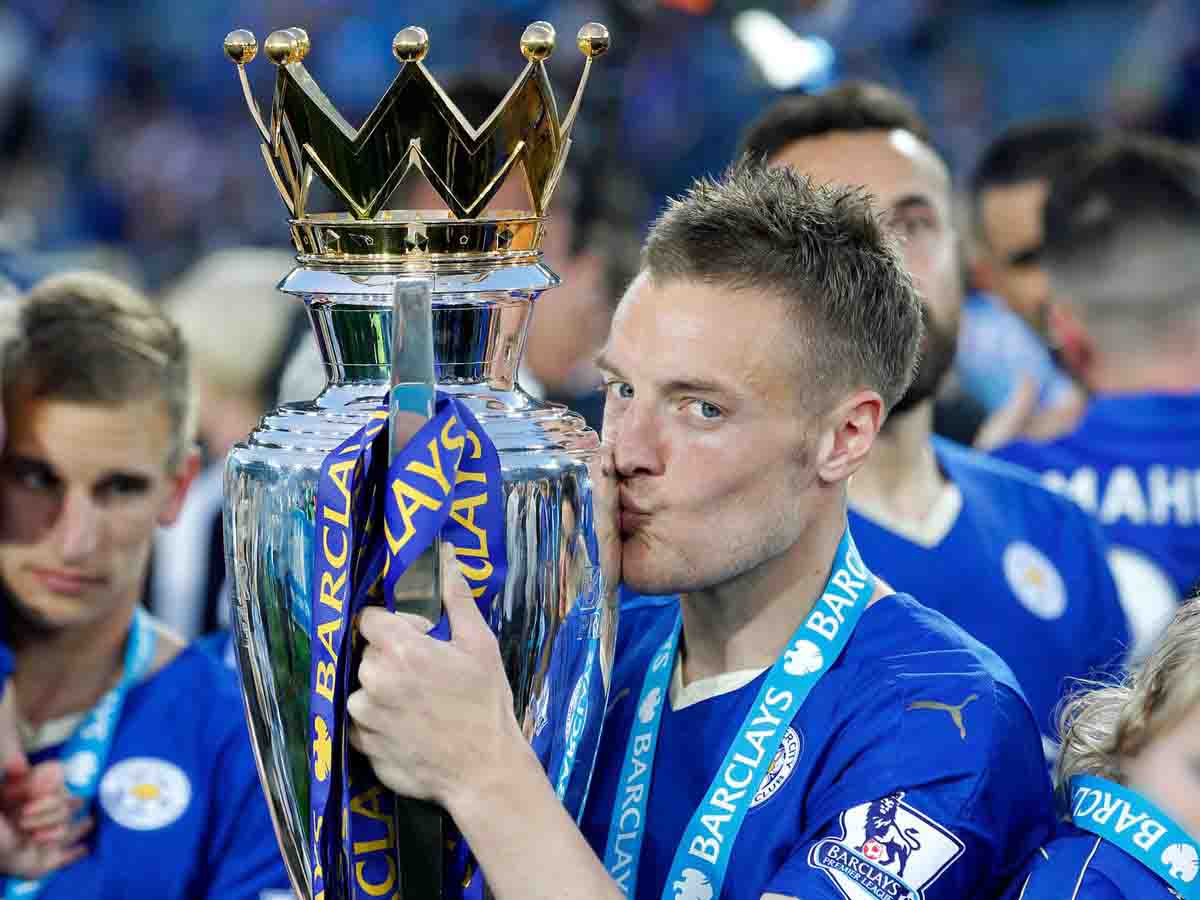 In their first season in Premier League, they finish the 2014-15 season in 14th place. They were able to win one of the top team Manchester United that season. As of April, his performance was extraordinary, so Jamie Vardy got drafted for the Premier League Player of the Month. Experiencing defeat and learning more every day, Vardy did great next season.

Jamie Vardy becomes the primary player to secure in nine back-to-back matches. For two straight months, he acquired Premier League Player of the Month in October and November. Leicester City got an opportunity to participate in the Champions League for the first time. Jamie Vardy was Premier League player of the Year in that season.

Jamie Vardysecured had his opening Champions League goal on 22nd February 2017. Vardy, known as a scoring machine, scored his 100th goal for the club on 9th March 2019. Jamie Vardy is the leading player from the association to get 100 goal milestone. In the 2019-20 season, Jamie Vardy was able to win the Premier League Golden Boot. He becomes the most adult player to get that award. His recent victory is against Manchester City in September 2020, where he scored a hat-trick.

The superstar, Jamie Richard Vardy, is 33 years old from the time of writing. Even though getting rejected by the club, he never gave up on football. Vardy struggled hard to get to this point today; he gave football a second chance and is a successful footballer today.

Vardy is a British citizen practicing Christianity. He is somewhat short in height compared to other players, standing 5 feet 9 inches (178 cm) and weighing 74 kilograms. The perfect body is a factor for your attraction, and Vardy is handsome with a fit body and charming face. He has dark blue eyes and naturally brown hair. 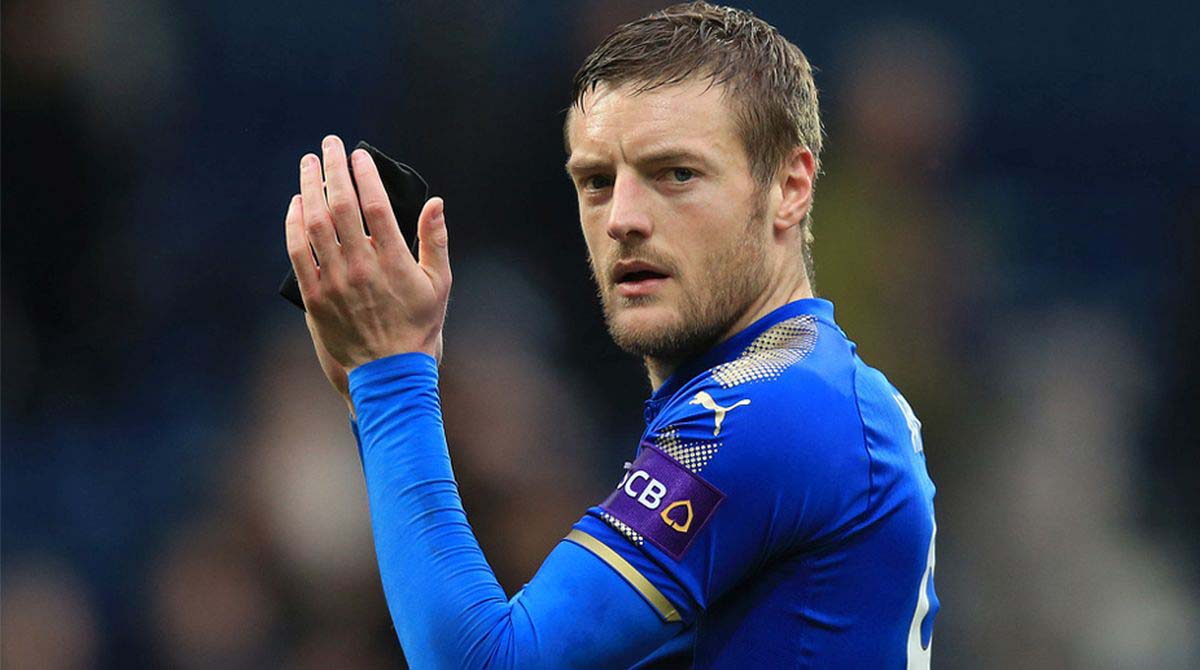 Vardy was always a fan of Sheffield Wednesday, but as the club rejected him during his childhood because of his thin body build, he almost gave up on his dream of becoming a footballer. But as he worked in a factory, his workmates convinced him to try for other clubs. That’s when his life changed, and still, he is thankful for them.

While working on nightclub promoter, Rebekah Nicholson met Vardy in 2014 and fall in love instantly. This couple got married on 25th May 2016. His fellow friend David Nugent was the best man. Vardy had a son with his previous relationship, which we don’t have information. Vardy and Nicholson have three children so far. Vardy is always a caring person who enjoys his time with his family whenever possible.

According to celebrity net worth, Jamie Vardy has a net worth of $12 million.