John Gibson is a professional ice hockey player from America. He plays from the position of  a “goaltender” for the team “Anaheim Ducks.” John holds the ranking of number one in the list of North American Goaltenders in the category of “midterm” and “preliminary.” “NHL Central Scouting Bureau” had prepared the list during the “2011 NHL Entry Draft.” 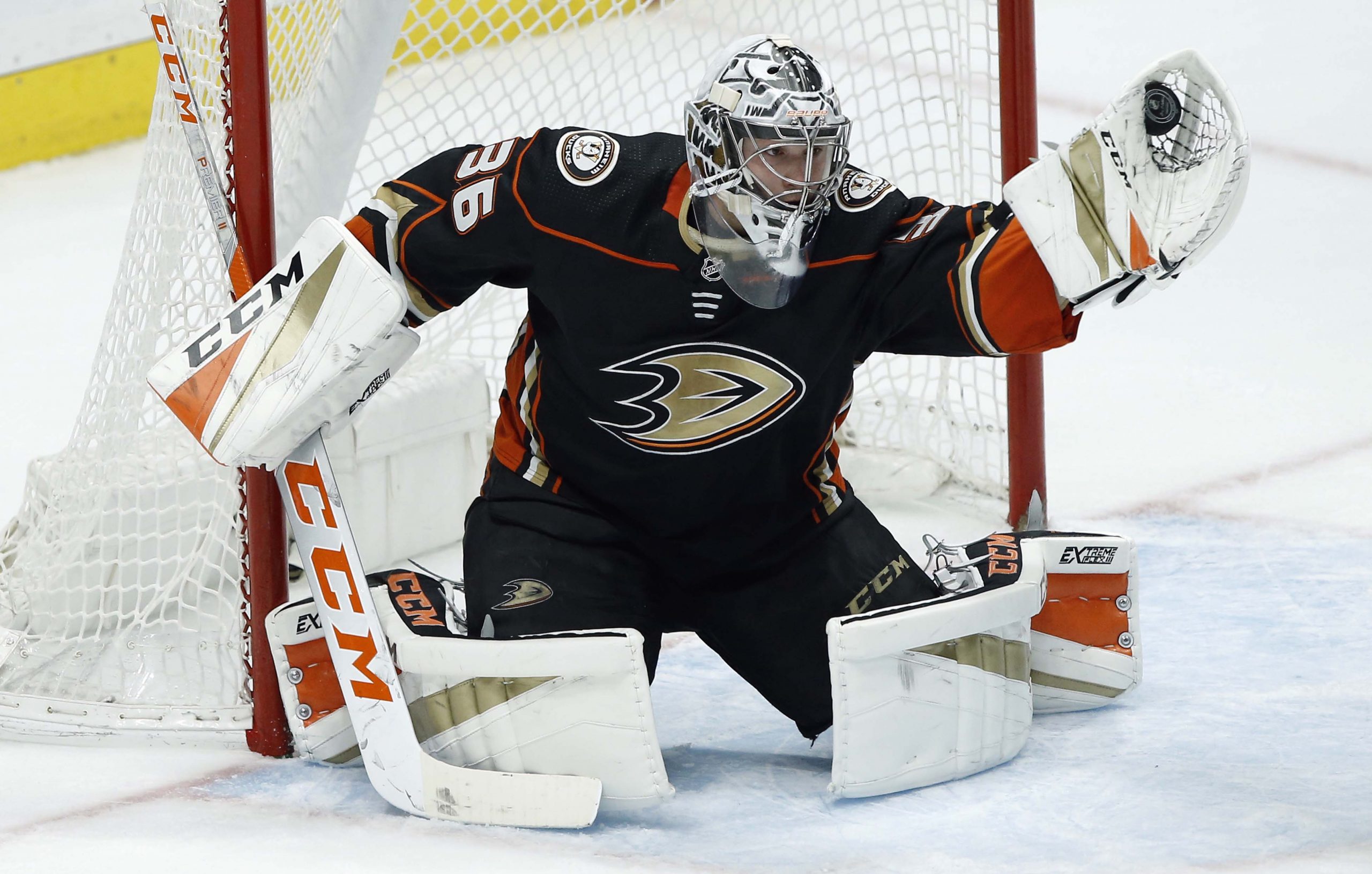 The birthplace of John Gibson in Pittsburgh, Pennsylvania, U.S. He came into the world on 14th July 1993. His father’s name is Jack Gibson. His mother’s name is Sue Gibson. There are not many details about his childhood and family available.

You may want to know about Bowen Byram

John Gibson attended the “University of Michigan.” He was also active in the team “Kitchener Rangers” during his “major junior ice hockey” career.


The nationality of John Gibson is American. IHs current age is 27 years old. He has an attractive height of 6 feet 3 inches along with a complimentary weight of 103 kgs. His ethnicity is not clear.

How did John start his career?


John Gibson was part of the “National Team Development Program” of “USA Hockey.” The amateur career of John started after the team “Anaheim Ducks” selected him during the “2011 NHL Entry Draft” on 24th June 2011. He got the opportunity to play in the “2013 World Junior Ice Hockey Championships” for the team “Kitchener Rangers.” The team succeeded to bag the gold medal in the tournament. He also became the “Best Goaltender” and “All-Star Team” and “Most Valuable Player” of the tournament. John also won a bronze medal during the “2013 IIHF World Championships.” He was part of the senior squad of “Team USA.” 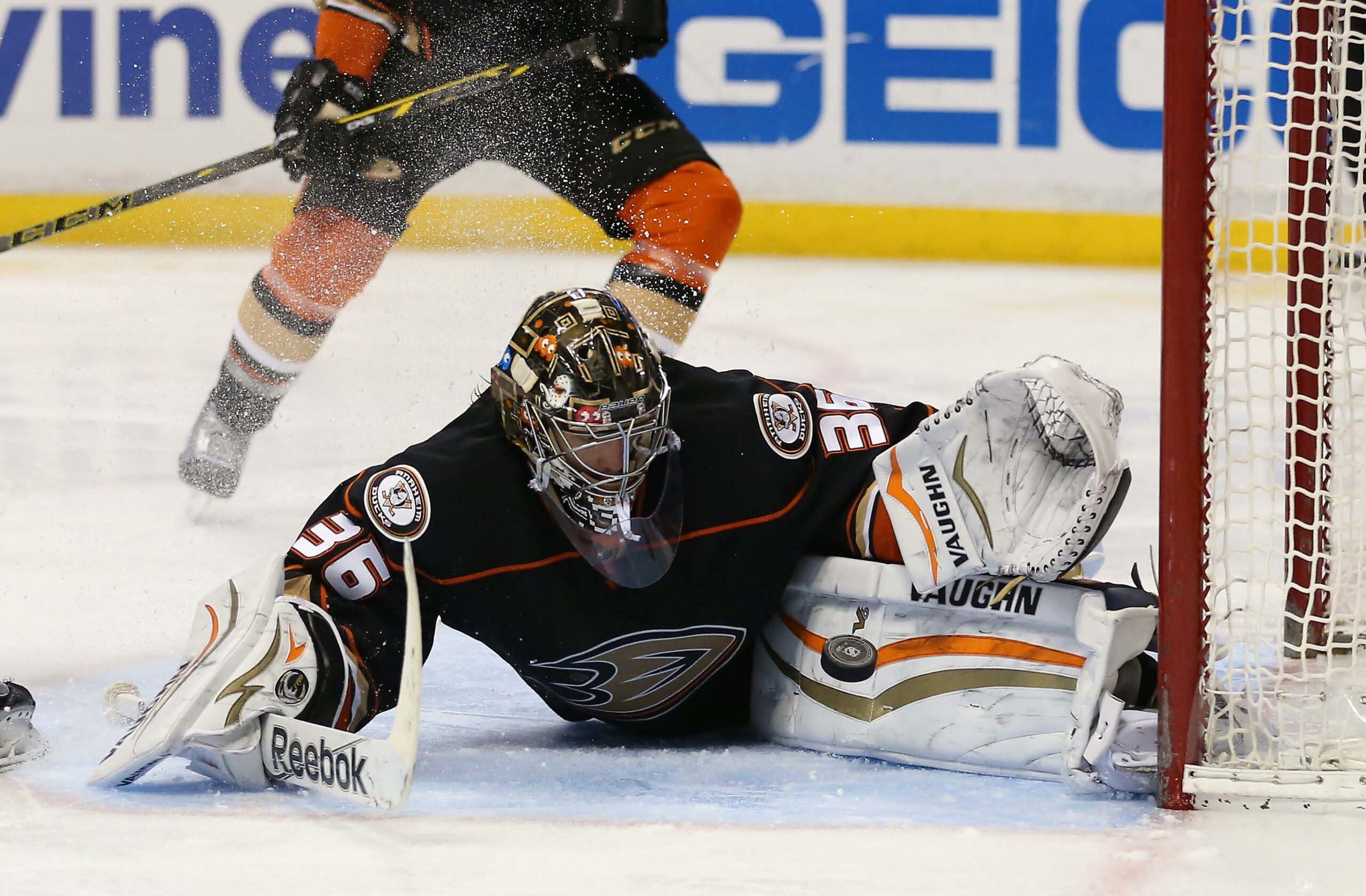 Likewise, the professional career John Gibson started with the team “Norfolk Admirals” in the “American Hockey League” (AHL)on 19th April 2013. He played for 40 minutes in relief. His age was twenty years old when he played his first “NHL” match on 7th April 2014.  His team won the match against the team “Vancouver Canucks.” He also became the youngest goaltender to create a “Shutout” in the tournament. This record was previously created by Buffalo Sabres’ Daren Pappu during the 1985-1986 season.

John played the “Stanley Cup” for the first time against the “Los Angeles Kings” during the semifinals of “Western Conference.” He became the “Star of the Game” for the first time after registering a shutout of 28 shots on 10th May 2014. John suffered a groin injury during the time of warmup against the team “Colorado Avalanche.” This kept him away from several matches At the recent match of 2019-2020 Ryan Graves of Colorado Avalanche Shots against John Gibson tremendous rebound


You may want to know about Ryan Graves

Moreover, John Gibson signed a new contract with the team “San Diego Gulls” for the “2015-2016 season.” It was a deal of $6.9 million. He got selected for the “All-Star Game” for the first time” on 6th January 2016. John signed an eight-year contract with the “Norfolk Admirals” on 4th August 2018. It was a deal of $51.2 million. He remained on the list of the “Injured Reserve” on 13th February 2019. John had collided with Jaycob Megna that resulted in neck, head, and back injuries.

John Gibson has received a lot of awards for his dedication and performance in the match. He earned “Rookie of the Month” in December 2015, “NHL All-Star” Award in 2016 & 2019, “All-Rookie Team” and “William M. Jennings Trophy” in 2016. John also succeeded to receive awards like “Dave Peterson Goalie of the Year” in 2011. The same year he entered the”WJC18 First Team All-Star.” John even earned  “WJC Most Valuable Player“, ” WJC Best Goaltender” and “WJC All-Star Team” in 2013. The same year he entered the “WJC All-Star Team.”


John Gibson tied knots with Alexa DelGreco on 4 August 2018. It was the same day he extended an eight-year contract with the team. The couple seems to be in love since childhood days. They were classmates since Nursery. They went to the same school till the age of fourteen years old. 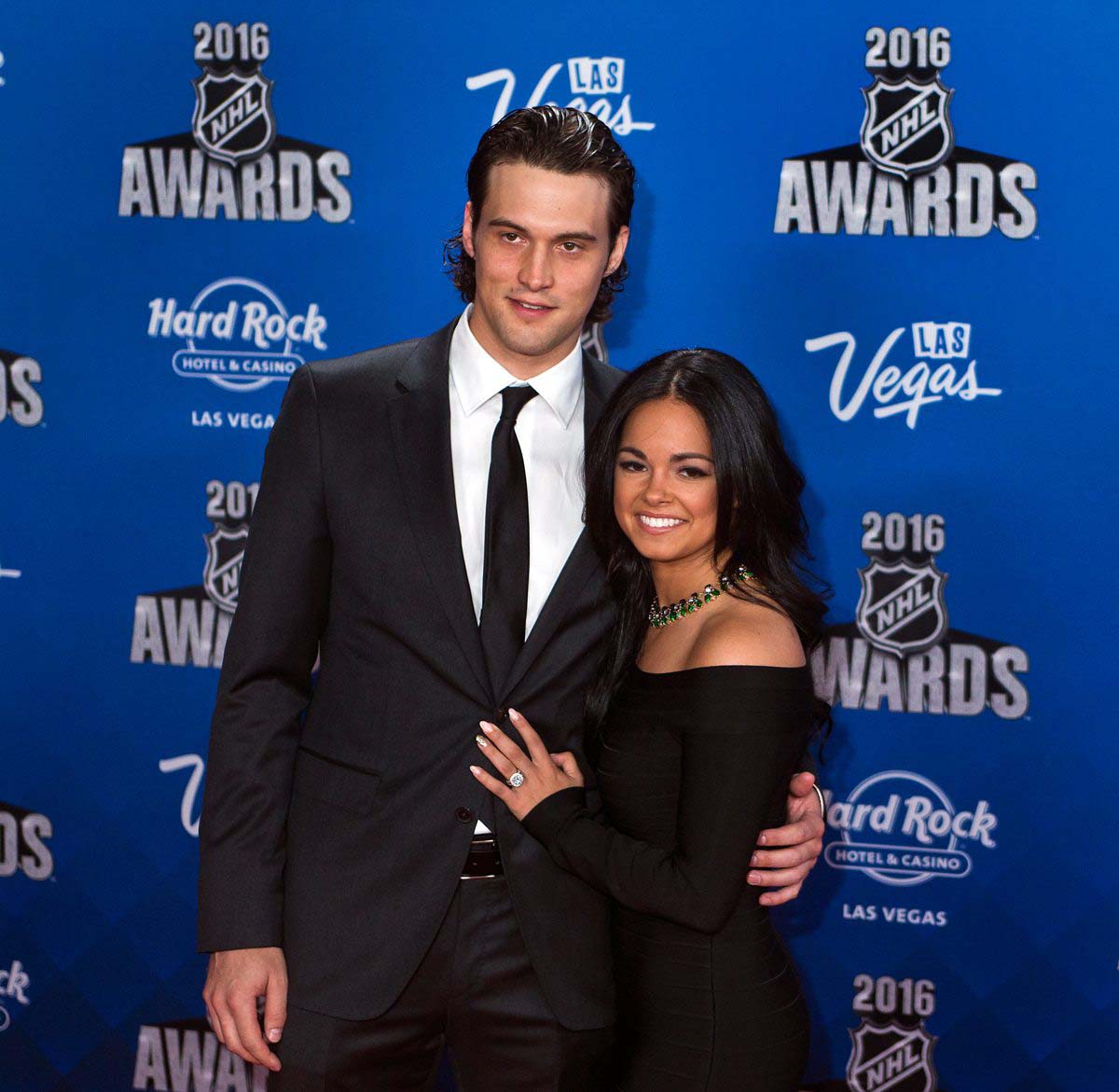 Although John Gibson is not active on Instagram, his wife Alexa uploads all the amazing moments with John on her account. She shares the quality moments they can spend out of their busy life.  Both of them look amazing in uploaded photos. They look complimentary to each other. All the photos of the couple can show the feelings toward each other.

There was also the distance between the couple after John shifted to Michigan to focus on Ice hockey. The contact between them decreased. And they were not in contact after grade eight. But even after meeting after a lot of years, their small casual talk changed into regular calls. In no time, they knew they want to be together till eternity. All the pictures on Alexa’s Instagram of their wedding, both were totally the lost in the euphoria of their relationship.


John Gibson is not very much active on social media platforms. He goes with the name of “John Gibson” on Twitter with 18K followers. John does not have a verified account on Facebook and Instagram. Although, if you search his name on Instagram and Facebook, you will encounter few unverified accounts.

John Gibson has been part of the sports fraternity for more than five years, He has been successful to make his team win a lot of matches and tournaments. He has created a lot of records and received several honors. According to celebritynetworth.net, he has an approximate net worth of $3 million. He still has a long way to go.

For full biography about your favorite NHL, please check out Sportscovering.