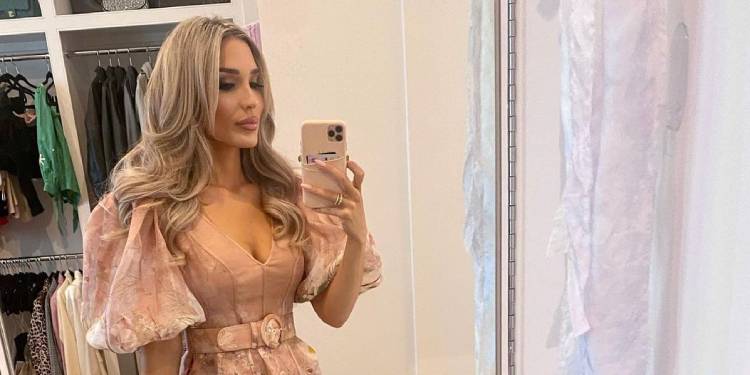 Kara Kilfoile is better known for being the wife of professional MLB player Lance McCullers Jr. Like most celebrities, Kara’s fame came thanks to her renowned husband. In addition, Kara and Lance are proud parents.

How old is Kara Kilfoile?

Born on April 2, 1992, Kara Leigh Kilfoile hails from Tampa, Florida, the United States of America. Since she was born on April 2, her star sign is Aries. The 30-year-old is an American citizen who practices Christianity; however, her ethnic background is unknown.

Kara Kilfoile is the daughter of Jeff Kilfoile and his wife, Michele Kilfoile. Kara grew up with her sibling – Kyle Kilfoile – and she is the family’s youngest member. Regarding her educational qualifications and academics, Kara is a Central Florida University graduate. Afterward, she attended South Florida University for a master’s degree in speech-language pathology.

Sadly, there is not much information concerning her profession. However, we found information that Kara often spends a huge amount on pet adoptions and shelter management. In addition, she and her husband co-founded The Lance McCullers Jr. Foundation. The organization’s primary focus is on animal-related charitable activities.

Kara Kilfoile is a married individual. She is married to MLB player Lance McCullers Jr. The two began their romantic relationship in 2010, and in 2015, the pair decided to commit fully. The pair exchanged their vows and tied the knot at the Sacred Heart Catholic Church in Florida in 2015.

Then on December 27, 2019, the pair welcomed a new member into their lives. A baby girl by the name of Ava Rae McCullers became a part of their daily lives.

Lance Graye McCullers Jr., better known as Lance McCullers, is a professional American baseball player who assumes the pitcher position for the MLB’s Houston Astros. Lance played baseball in high school and received the Gatorade National Baseball Player of the Year in 2012.

Afterward, the Astros picked Lance in the 1st round of the 2012 MLB Draft with a $2.5 million bonus. However, his professional career with the Astros began only in 2015. Lance left a notable performance in the 2017 World Series Championship and landed the All-Star and World Series champion titles.

In March 2021, Lance signed with the Astros for an $85 million five-year contract extension, plus a $3.5 million bonus. However, the following season, Lance missed the start of the season due to a recovering forearm injury. Overall, McCullers has an MLB record of 45-30 win-loss, 3.57 average run earned, and 750 strikeouts.

How much is Kara Kilfoile’s Net worth?

Unfortunately, Kara has yet to disclose her earnings and net worth to the general public. In addition, online sources are also in the dark concerning her earnings. Hence, her net worth is still unknown. On the other hand, her significant is a professional MLB player with an estimated net worth of around $1 – $5 million.

Is Kara Kilfoile on socials?

For more biography about your favorite players and their wives, please stay connected with us at SportsCovering.