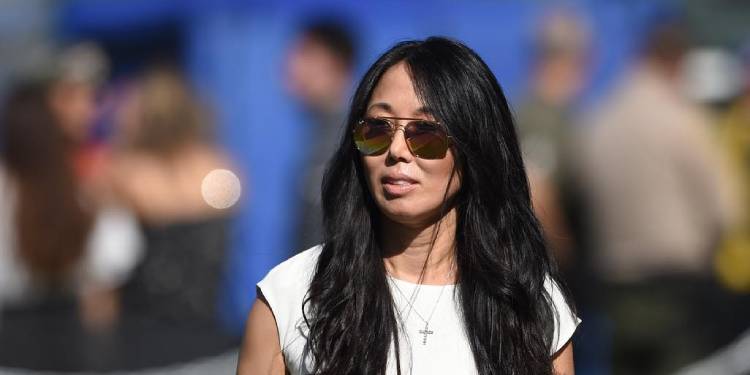 Kelly Pegula is a well-known American fashion designer and an aspiring singer. Like many fated people, Kelly came to this world with a silver spoon in her mouth. Kelly is also known as the sister of Tennis Player Jessica Pegula and the daughter of businessman Terry Pegula. However, her fame skyrocketed thanks to her sister, Jessica.

How old is Kelly Pegula?

Born on September 13, Kelly Pegula hails from Buffalo, New York, the United States of America. However, her birth year is unknown, so her age is also unknown. Some sources state that Kelly is in her early to mid-20s. Since she was born on September 13, her astrological sign is Virgo. In addition, Kelly is an American citizen from a mixed racial background.

Kelly is the daughter of Terry Pegula and his wife, Kim Pegula. Her parents are big businesspeople. Kelly grew up with her siblings, Jessica and Mathew Pegula. Although there is less information on Matthew, Jessica is another matter. Jessica is a professional tennis player who reached the #7 rank in singles. The siblings love each other’s company and often appear on their socials. In addition, Kelly also has step-siblings, Michael and Laura from her father’s previous relationship.

Regarding her academics and educational qualifications, Kelly attended Pennsylvania State University and graduated in 2020. She acquired a bachelor’s degree in Organizational and Professional Communication Science. However, her high school name is yet to be disclosed.

Unlike her famous parents and sister, Kelly Pegula aspires to become a singer. Kelly developed an interest in music and did not pick up her parents’ business or sister’s profession. However, we did not find any of her singles, but we did find her cover songs. Not long ago, Kelly made a cover of Miley Cyrus’s song Plastic Hearts. Kelly released this via her Instagram.

In addition, Kelly is also a fashion designer. Besides this, we do not know anything regarding her profession.

Kelly’s sister, Jessica Pegula, is a well-known professional American Tennis Player. Her sister also ranked #7 in the WTA singles on July 18, 2022, and #12 in the WTA doubles on July 11, 2022. Jessica turned professional in 2009 under the coaching of David Witt. Then in 2020, Jessica had her World Team Tennis at The Greenbrier. In the end, Jessica became one of the top players in the 2020 WTT season. In the 2022 season, Jessica reached #7 in the world and #1 in America.

Like her sister, her parents are also renowned individuals. Kelly’s father is a businessman and owner of NFL’s Buffalo Bills and NHL’s Buffalo Sabres. Her mother, Kim, is also a businesswoman who is one of the principal owners of the NFL Buffalo Bills, alongside her husband. In addition, Terry, her father, has interests in real estate, sports, entertainment, and developing natural gases. Similarly, Kim manages her husband’s company and is the president of Pegula Sports and Entertainment.

Who is Kelly Pegula dating?

Despite being the daughter of renowned parents and the sister of Jessica Pegula, she has kept her love life away from the cameras and media. However, we found sources claiming that she is in a relationship with Jason Croom. Since there is no proof of the claim, it is possible that Kelly might be single.

You might want to check out American Sportscaster Sara Walsh.

How much is Kelly Pegula’s Net Worth?

Kelly Pegula came to this world with a silver spoon in her mouth. Her parents and sister are famous individuals with millions in their bank accounts. According to information on Wikipedia, her father has an estimated net worth of $5.8 billion, her mother has $100 million, not to mention her sister has a net worth of around $3 – $5 million. Although we know her profession, Kelly’s earnings and net worth are still a mystery.

Yes, Kelly is an active social media user. Her Instagram handle is @kpegula, with a fan following of over 9.5k. Similarly, her sister is also on Instagram as @jpegula, with a 45.3k follower fan base. In their socials, one often features the other and shares their life experiences.

Unfortunately, there is no information regarding her physical stats, including height, weight, and body measurements. Since Kelly likes to live a life away and behind the cameras, she has yet to provide information to the media. However, we will update this section if we receive new information about the topic.