Micah Parsons is an American football linebacker who plays for the Pennsylvania State University’s football team, Penn State Nittany Lions. He performs as a linebacker for the team with jersey number 11 who is currently playing his sophomore year and has been awarded various awards.

Where did Micah grow up?

Micah Parsons’ full name is Micah Aaron Parsons. He was born on 26 May 1999 in Harrisburg, Pennsylvania to his father, Terrence Parsons, and to his mother, Sherese Parsons. Micah was born and grown alongside sister Shatara Parsons. 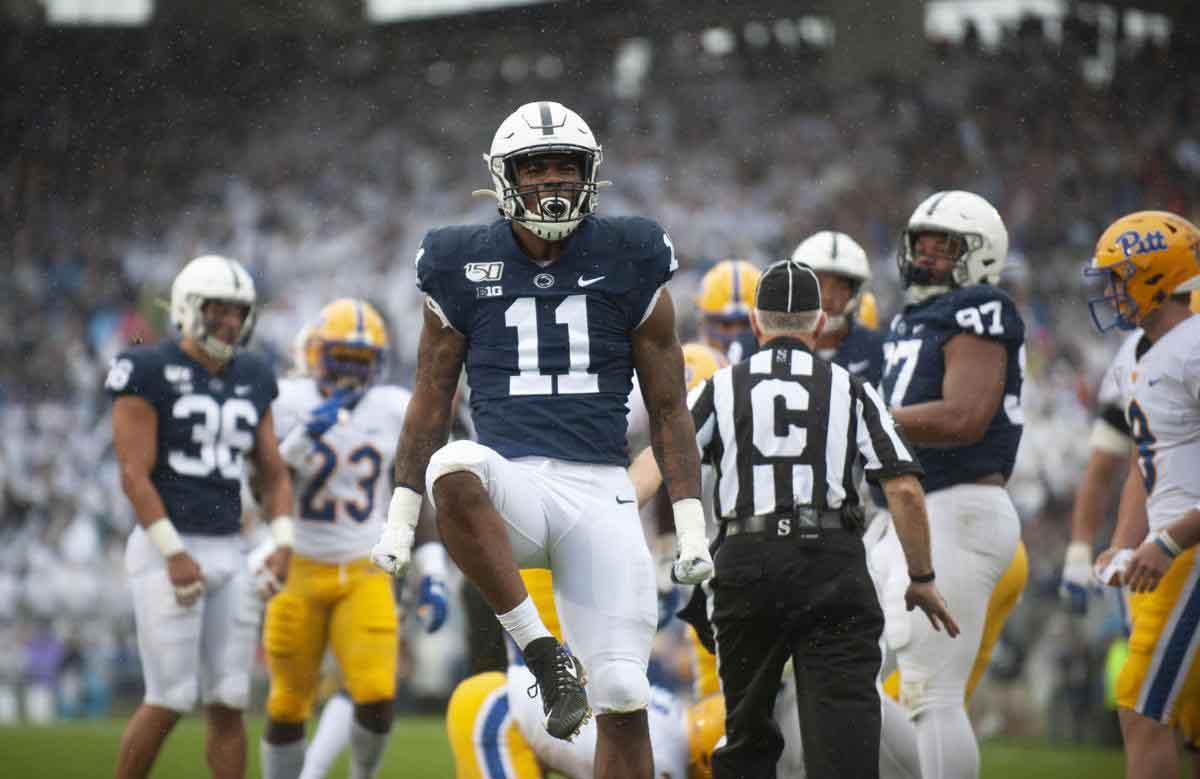 Micah Parsons holds an American nationality and is of American descent. Besides this, he stands at a height of 6 feet and 3 inches (1.91m/191cms) tall and weighs around 111kgs (245lbs). Moreover, he has an athletic body with a pair of dark brown colored eyes with black colored hair.

What is the education of Micah Parsons?

Micah Parsons studied in Harrisburg High School and after completing high school, he studied at the Pennsylvania State University for higher studies and is currently in the sophomore class. He is a graduate of Penn State University and is pursuing his degree in criminology. 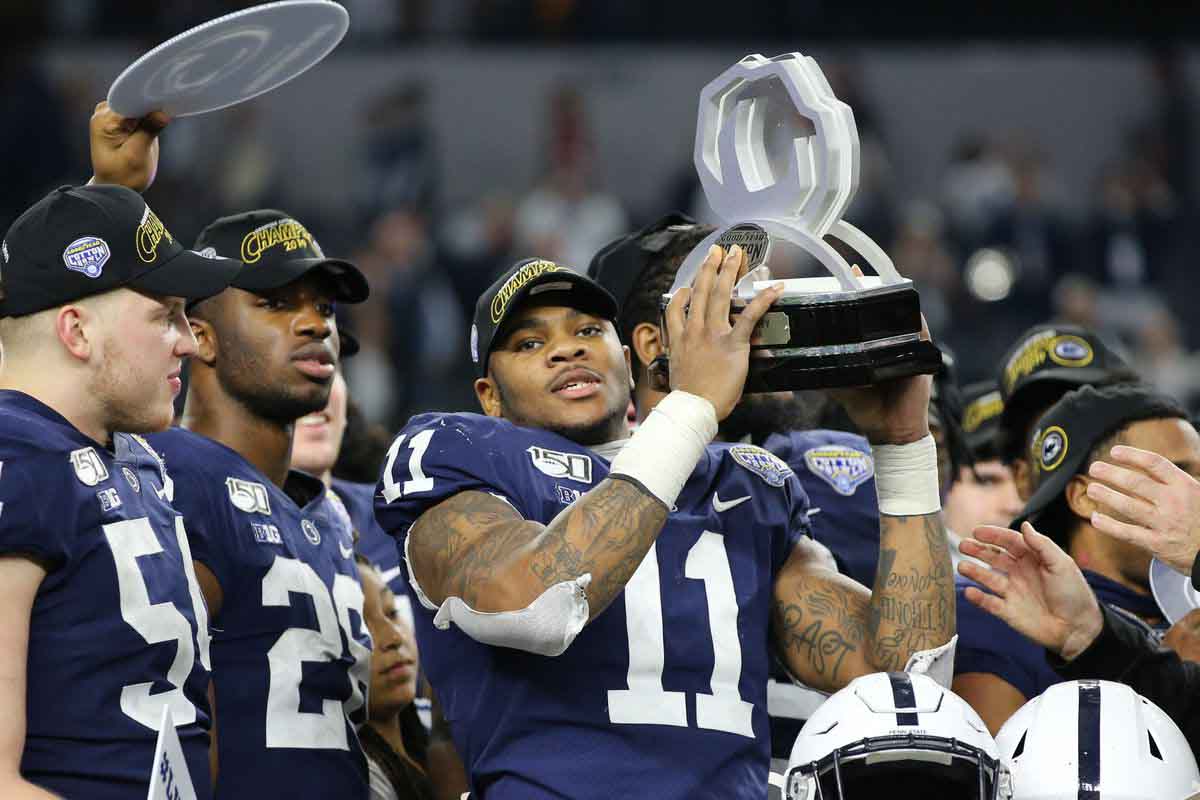 What is the relationship status of Micah Parsons?

Micah Parsons is in a loving relationship with his girlfriend, Anna Congdon. 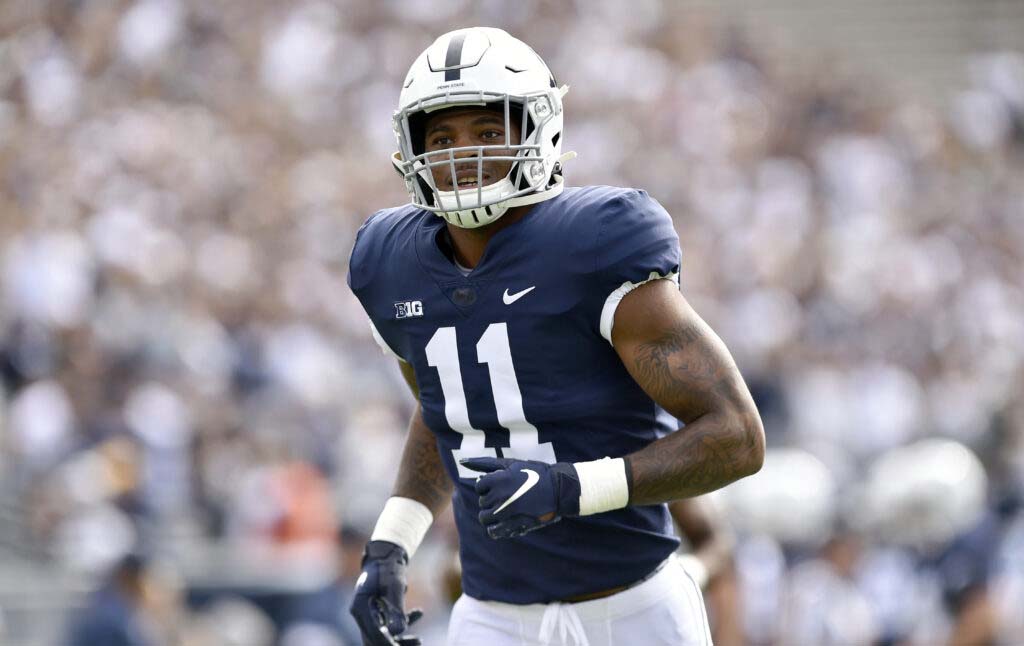 How did Micah start his football career?

Micah Parsons started his football career with the lions as the middle linebacker for the team coached by head coach, James Franklin. He was given a chance to begin a match even though he was a freshman. He did not waste this chance and led the team in tackles with a total tackle of 82. With this, he becomes the first-ever to drive the club of Nittany Lions in tackles as a freshman. He has a sophomore record of a total of 109 tackles, 5 sacks, 3 deflected passes, and 3 forced fumbles and had an impressive record of 14 tackles, 2 sacks, and 2 forced fumbles.

Micah Parsons was included in the Consensus All-American team in the year 2019. Moreover, the same year, he was included in the First Team All-Big Ten. He was awarded the Butkus-Fitzgerald Linebacker of the Year award in 2019, also named the Cotton Bowl Defensive MVP in the year 2019, and the American Family Insurance Defensive Player of the Year 2017. He held an impressive record of 14 tackles, 2 sacks, and 2 forced fumbles during the Cotton Bowl Classic of the year 2019.

For full biography about your favorite NFL players, please check out Sportscovering.