Michael Chiesa is a professional MMA fighter from America. He is active as a fighter of UFC in the category of “welterweight.” Michael was active in wrestling during school days. Coach Rick Little had trained him at the martial arts training academy “Sik Jitsu Fighting Systems.” Michael has even achieved up to “purple belt” in “Brazilian Jiu-Jitsu. ” He started his journey as an MMA fighter from “The Ultimate Fighter.” “The Ultimate Fighter: Live”, ” Fight of the Night”, “Performance of the Night” and “Submission of the Night” are some of his achievements. He has also been part of the documentary “Fight Life “ 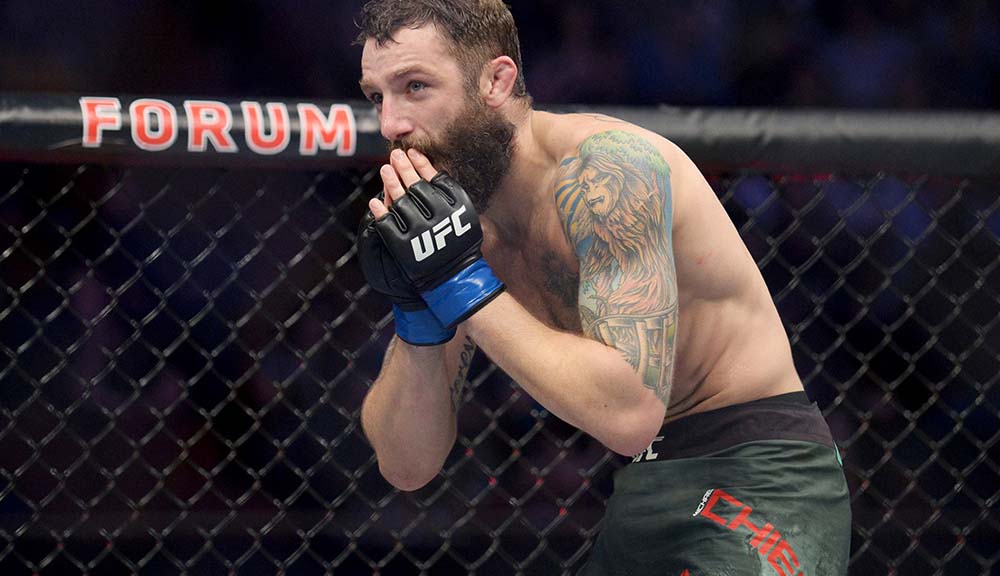 The birthplace of Michael Chiesa is Aurora, Colorado. He came into the world on 7th December 1987. His mother’s name is Teresa. His father’s name is Mark Chiesa.

The full name of Michael is Michael Keith Chiesa. The nationality of Michael is American. His current age is 33 years old. He has an attractive height of 6 feet 1 inch along with a complimentary weight of 77 kgs.

You may want to know about Askar Askarov

When did he start his career?

Michael Chiesa started his professional MMA fighting career in 2008. He participated in regional events in the Pacific Northwest. But success won’t come to his side easily. He failed his first seven matches. This made him more concrete. It was his passions and determination that opened new doors for him. The “Ultimate Fighting Championship” (UFC) selected Michael to become part of the “The Ultimate Fighter” season one. He was one of the thirty-two competitors to made its selection. 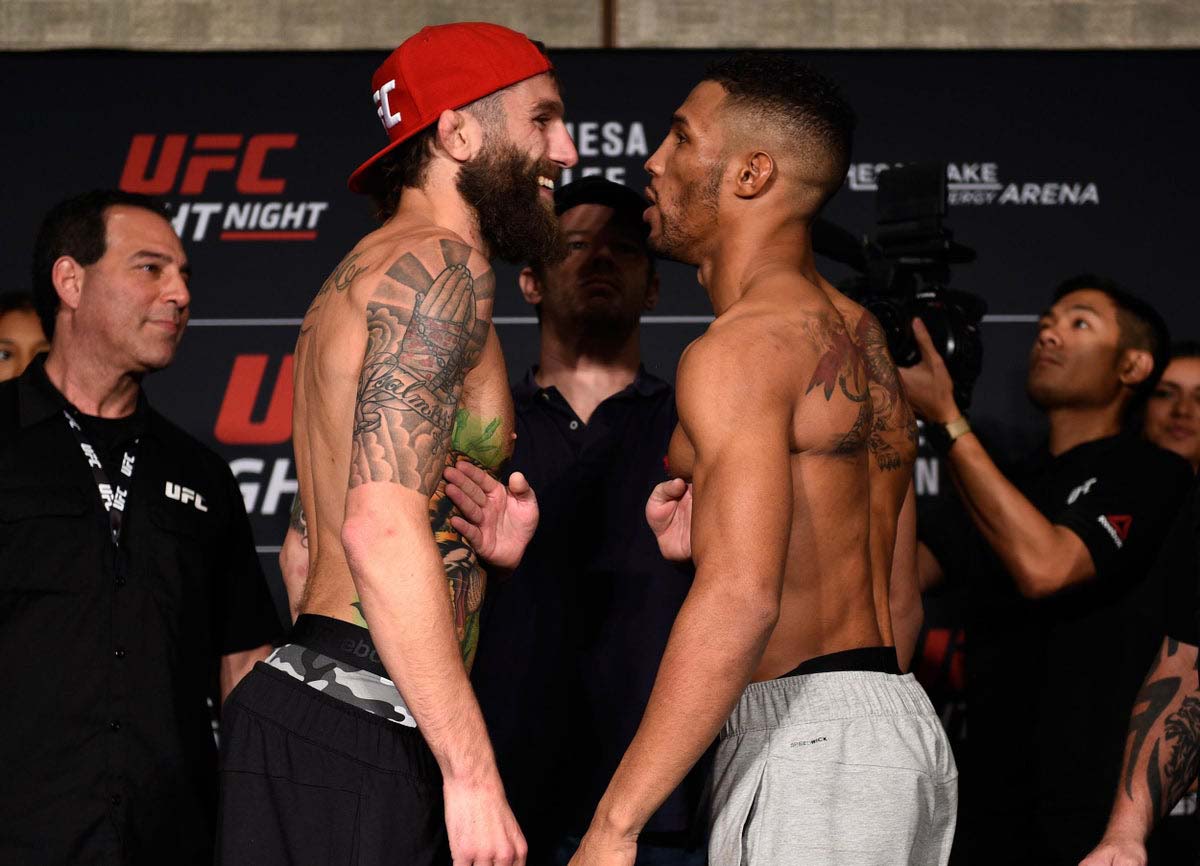 Likewise, Michael Chiesa won the match against Johnathan Visitante during the elimination round. This was the time of celebration but in no time, his father passed away. He succeeded to handle the loss of his father. Michael faced Justin Lawrence during the quarterfinals. The match was declared a draw after the two rounds. But the match was extended for another “victory” round. He won the match gaining $5,000. This opened his door to enter the semifinals.

Michael Chiesa succeeded to win the match against James Vick in the second round through knock-out during the semi-finals. This qualified Michael to participate in the final round. He faced “Al Laquinta” in the finals. Michael started his journey during the “The Ultimate Fighter 15 Finale” on 1st June 2012. He fought Al laquinta in the match and won it through submission. Michael won the “The Ultimate Fighter: Live.” Michael also earned the “Submission of the Night.”

Moreover, he had to withdraw from a match against Tony Ferguson during “UFC First Night 91” in July 2016.  It was due to his back injury. Michael signed an agreement with the “UFC” in August 2017.  It was a deal of four more fights under the brand. Michael sued Conor McGregor on 10th September 2018. He filed the case for causing emotional distress and assault. Michael got in a backstage fight against Conor on 5th April 2018. He suffered injuries from the broken pieces of glasses on his traveling bus. Conor had thrown a steel dolly in the bus that resulted in his injury on 7th April 2018.

You may want to know about Tony Ferguson

Michael Chiesa won the match against Carlos Condit during “UFC 232” on 29th December., 2018. This helped him gain the “MMAJunkie.com’s Submission of the Month” in December 2018. He won the match against “Diego Sanchez” during “UFC 239” on 6th July 2019. Michael dedicated the victory of who lost his life during the avalanche while climbing “Howse Peak.” He has also won the “Lords of the Cage (LOTC) Lightweight Championship.”

Michael Chiesa is engaged to his best friend Kel Siijo. He calls his smoky. 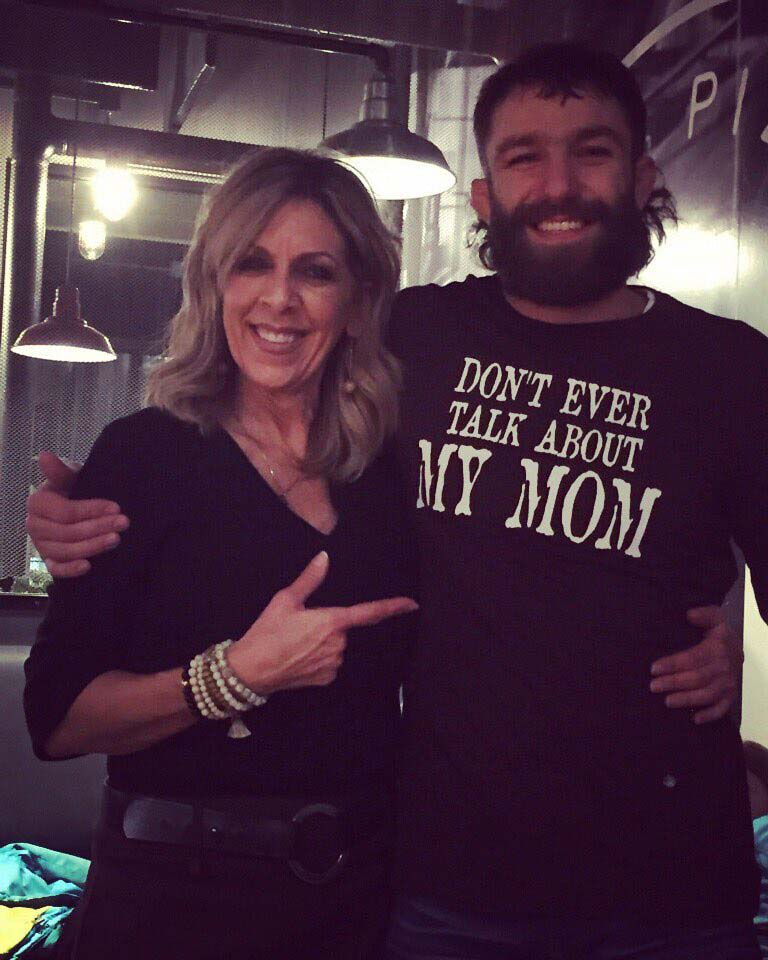 Michael Chiesa is active on social media platforms. He goes with the name of “mikenav22” on Instagram with 131K followers and “Michael Chiesa” on Twitter with 87.7K followers. His Facebook page ‘Mike “Maverick” Chiesa’ has 49K followers.

Michael Chiesa shares glimpses from his matches, training, and tournaments. He also shares his refreshment time along with his friends, family, and Kel on Instagram. Michael has even wished birthday for Kel beautifully on Instagram.

You may want to about Dan Henderson

The exact figures of the net worth of Michael Chiesa are not clear. He has won a lot of matches and tournaments. According to his achievements and lifestyle, he must have a net worth of around $5 million.