Who is Tony Ferguson?

Fighting Championship” (UFC) in the category of “Lightweight.” Tony has also won the “UFC Lightweight Champion.” Tony has been actively competing at the professional level since 2008. He has started his UFC journey after winning “The Ultimate Fighter 13.” Tony is also a trained “Wing Chun”, “Muay Thai”,  “Jiu-Jitsu”, “and “Boxing” player.  He has the number four ranking in the list of the “UFC Men’s Lightweight Rankings” on 14th December 2020.

How was the Tony Ferguson childhood?

The birthplace of Tony is Oxnard, California. He came into the world on 12th February 1984. There are not many details about his childhood and family. However, he got his surname from his stepfather.

What is the education of Tony Ferguson?

Tony Ferguson went to the “Muskegon Catholic Central High School.” He active in sports during that time. Tony used to play baseball, wrestling, and football during that time. He started in the “defensive back” position in 2000. The team was in “Division 8” during the time. He also won the “All-State Championship” of wrestling in the “152 pounds” category in 2002.

Likewise, Tony joined “Central Michigan University”  after high school. Then, he transferred into the “Grand Valley State University.” He was also in the “Muskegon Community College” for a short amount of time. Tony had a successful wrestling career during his college days. He also won the “National Wrestling Championship” in the category of “165 pounds” in 2006. But didn’t complete his college education.

Then, Tony Ferguson moved back to California to his family. There he started working in sales and marketing in the day. He worked as a bartender during the night. A trainer noticed him from his cauliflower ear during his shift in the bar. He talked with him about his wrestling career. The trainer asked him to jun his gym to work along with young MMA players. This inspired him to start his MMA career. 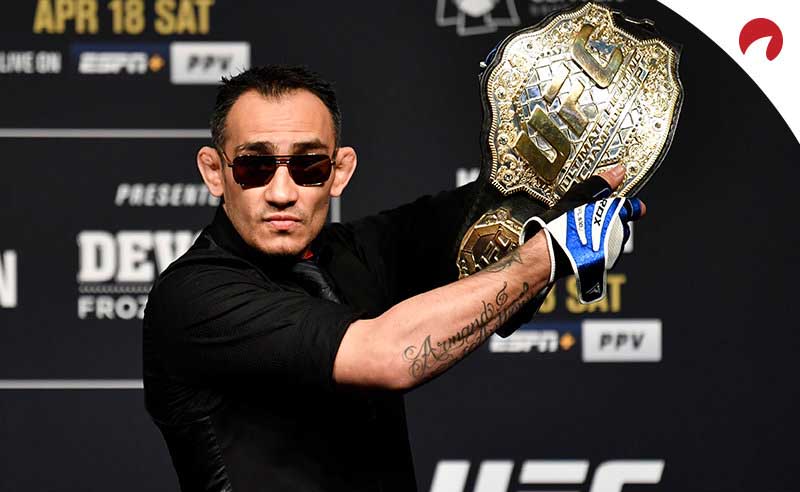 How did Tony Ferguson started his career?

Tony Ferguson began his professional MMA career in small organizations in 2007. He won a “Kickboxing Championship” against Joe Schilling during the time. Tony also lost a match against Karen Darabedyan. He started his career in the “UFC” in 2010. The UFC accepted his application for the fight after he won the “Welterweight Championship” of “PureCombat.” He started his career from “The Ultimate Fighter: Team Lesnar vs. Team dos Santos.”

Similarly, Tony Ferguson fought Rafael dos Anjos in the finals of the “Ultimate Fighter Latin America 3” on 5th November 2016. He won the match via. unanimously. Tony also got the “Fight of the Night” award. He fought against Kevin Lee during “UFC 216.” It was for the title of the “UFC Lightweight Championship.” Tony won the match through “triangle choke submission” in round three. He used the corner stoppage technique to win the match during “UFC 229” against Anthony Pettis on 6th October 2018. 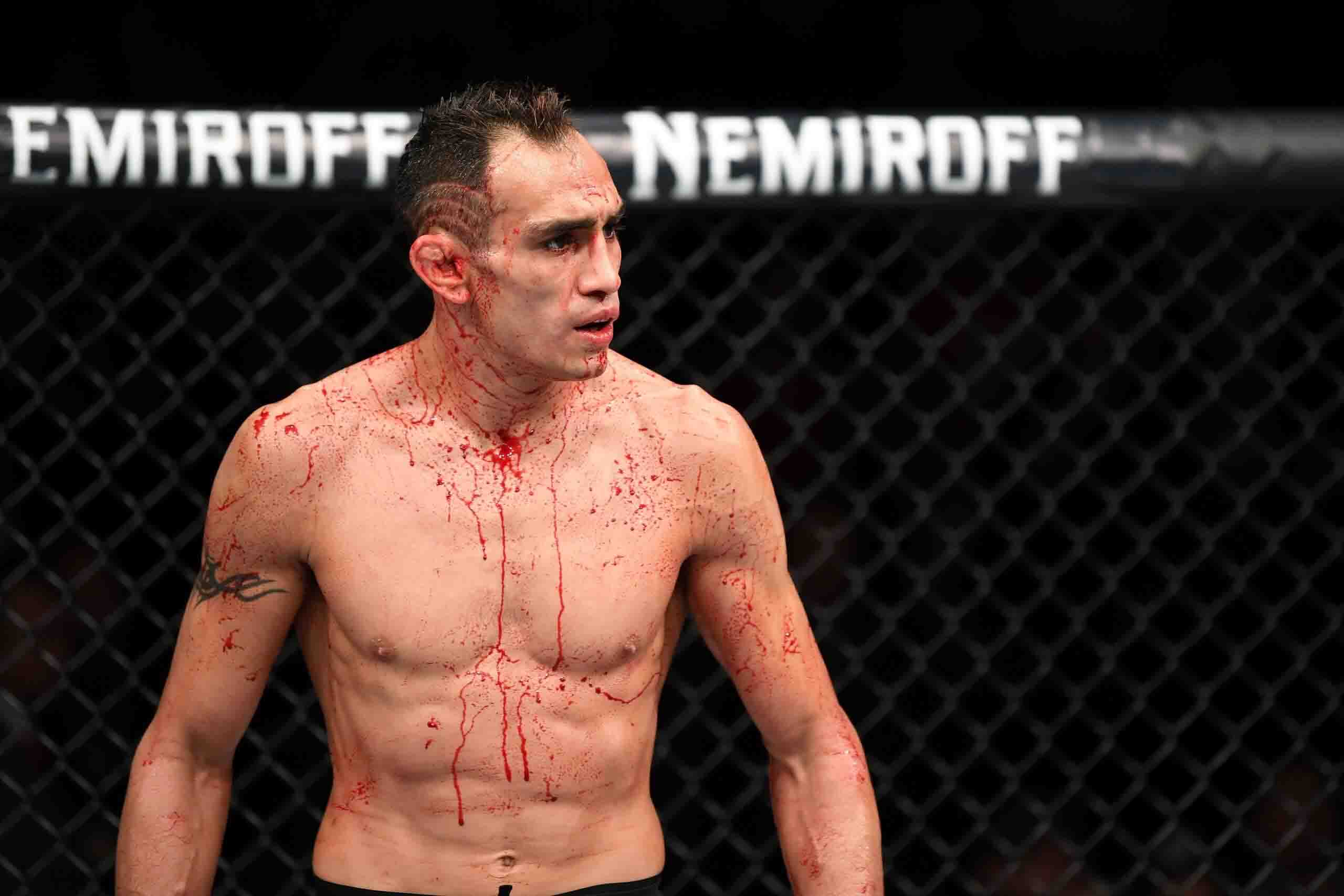 You may want to know more about Mark Hunt

Who is the wife of Tony Ferguson?

Tony Ferguson tied knots with Cristina in June 2012. The couple did their engagement in 2011. They were dating for a long time before the marriage. The couple welcomed their son Armand Anthony in 2016.

Is Tony Ferguson on social media?

Tony Ferguson is active on social media platforms. He goes with the name of “@tonyfergusonxt” with 2.4M followers and “Tony Ferguson” on Twitter with 591.4K followers. His Facebook page ‘Tony “El Cucuy” Ferguson’ has 387K followers. 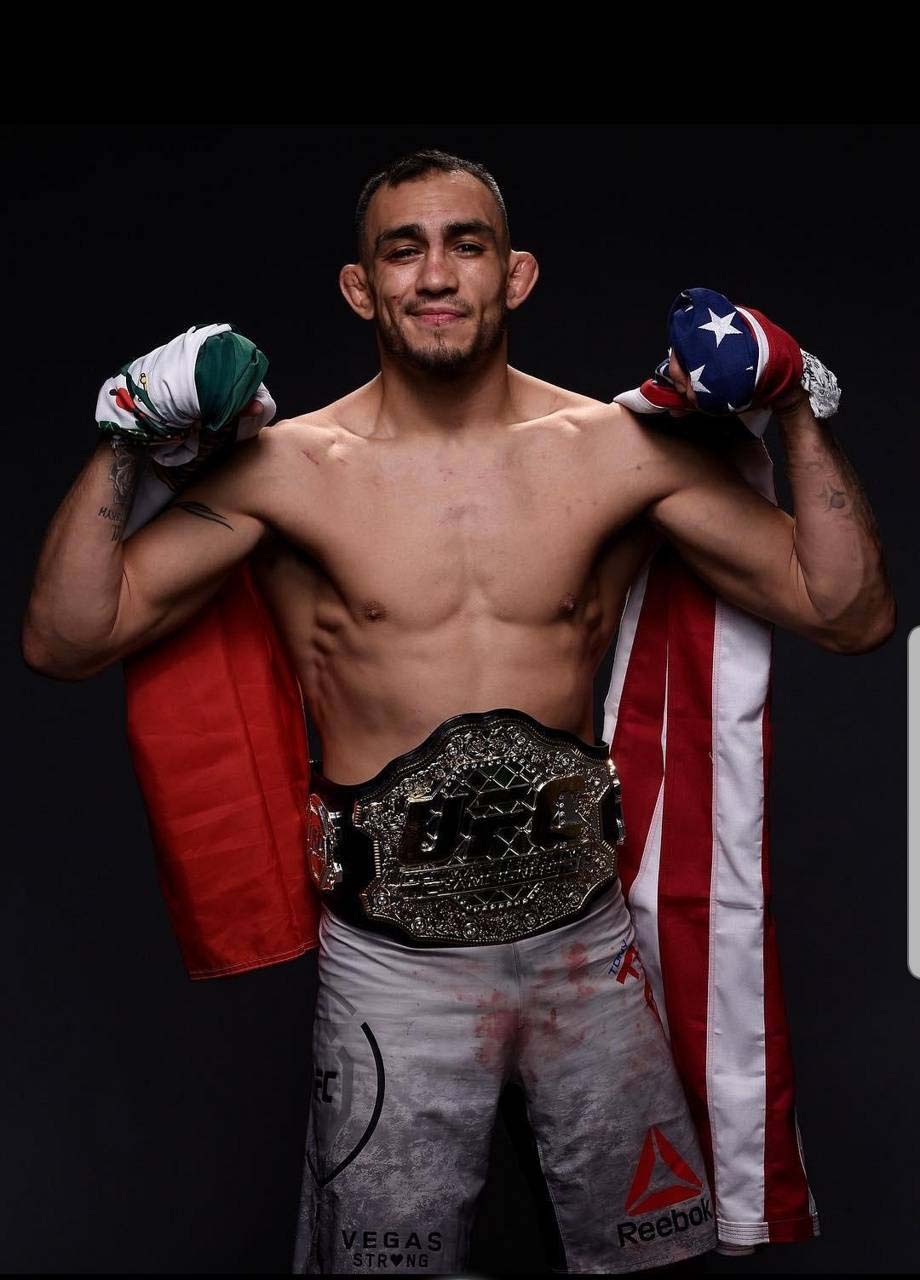 How much is Tony Ferguson net worth?

Tony Ferguson has been part of the sports fraternity for more than ten years. He has won a lot of matches and tournaments. According to celebritynetworth.net, he has an approximate net worth of $2 million.

The real name of Tony is Anthony Armand Ferguson Padilla. His current age is 36 years. He has an attractive height of 6 feet along with a complimentary weight of 70 kgs. His nationality is American. He belongs to the Mexican ethnicity.