Mike Trout, nicknamed “the Millville Meteor,” is a professional American baseball player who currently plays for the Los Angeles Angels in the MLB. He plays as a centerfielder.

Mike Trout’s full name is Michael Nelson Trout. He was born to parents Jeff and Debbie Trout on August 7 in 1991. He was born in Vineland, which lies in New Jersey, USA, and has a brother named Tyler and a sister named Teal. He spent his childhood in Millville. At the University of Delaware, his father played baseball for the college team, selected in the 5th round of 1983 by the Minnesota Twins. 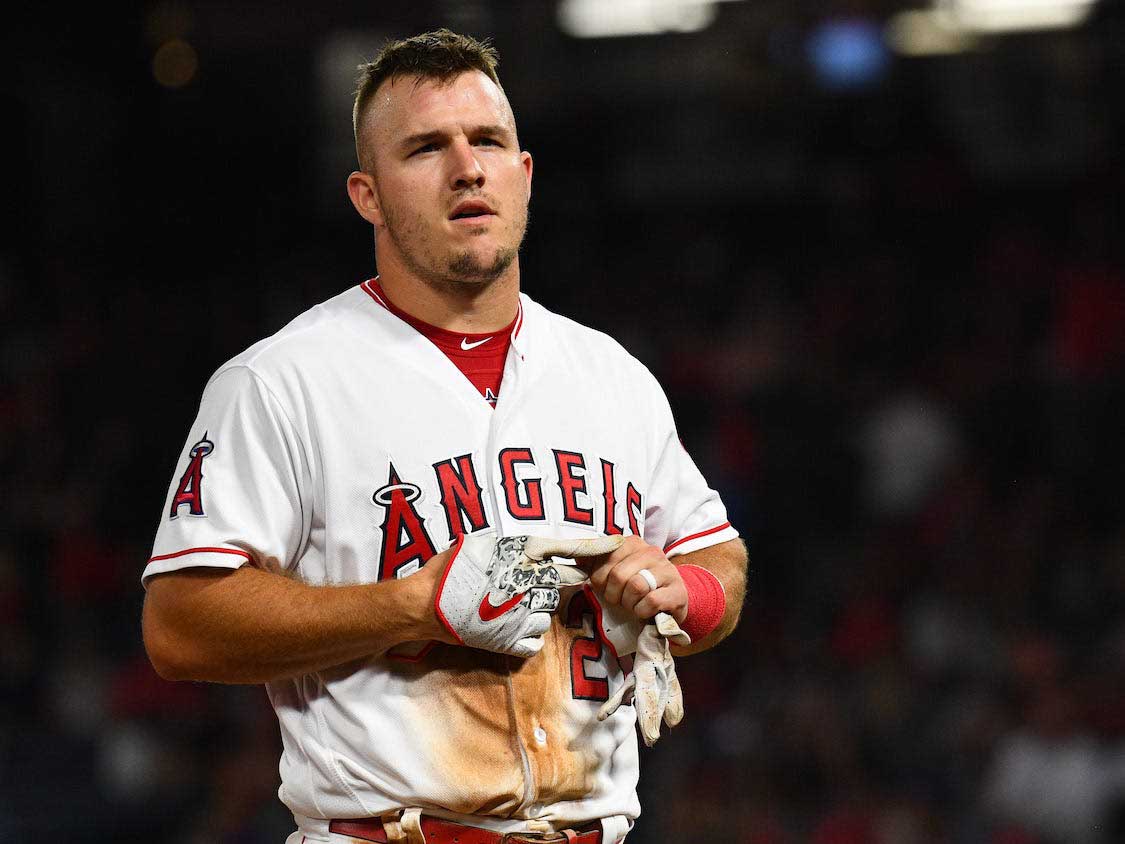 He played minor league baseball but had to stop due to an injury, graduated from Millville Senior High School in 2009, and while there, he wore the number 1 jersey. He was a big fan of the Philadelphia Phillies and started off playing as a pitcher and a shortstop. He later played in the outfields.

He played for Rancho Cucamonga Quakes in Class A- Advanced Cali League by the end of 2010, and at the age of 19, Mike Trout got deemed “Baseball America All-Star.” He was also named “Topps Class A All-Star,” and in July of 2011, he made his MLB debut with the Los Angeles Angels. He was able to hit his first home run against the Orioles pitcher named Mark Worrell. He set the youngest person’s record to hit two home runs in a single game for the Angels. 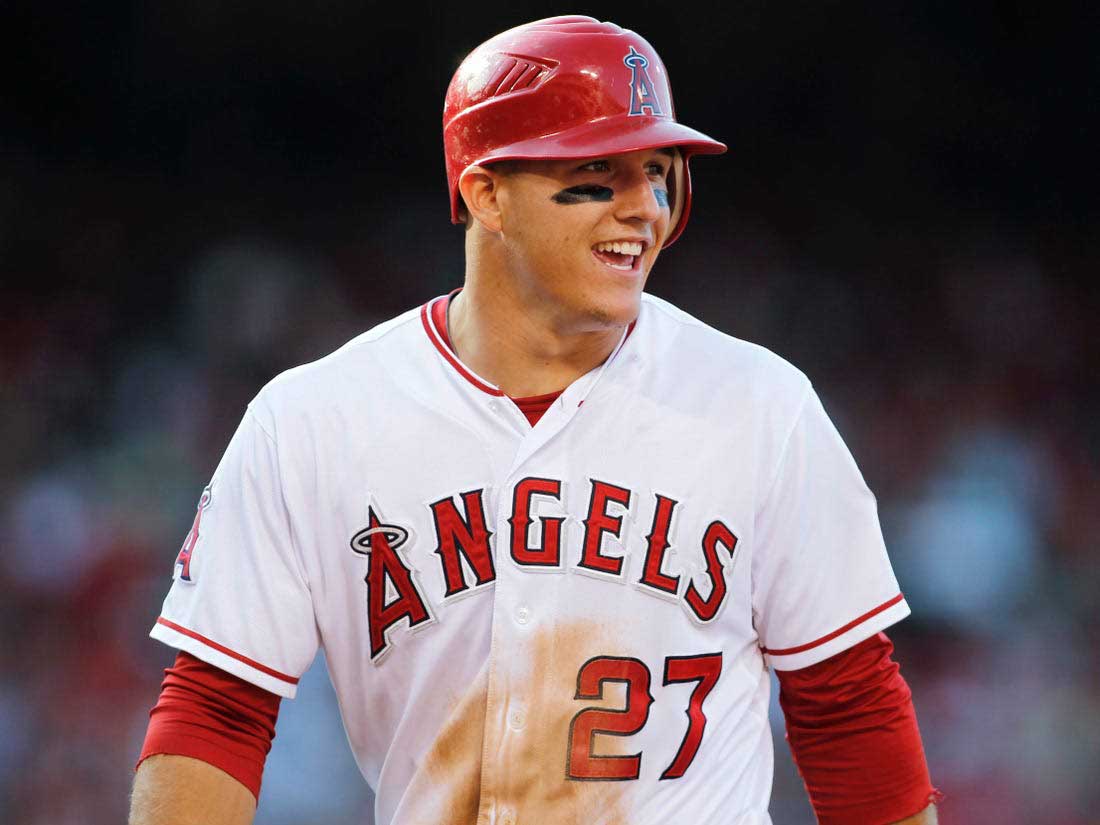 With his exceptional playing, Mike Trout broke many rookie records. He was four times “Rookie of the Month” in the season. Trout also won the Rookie of the Year and made it to the MLB All-Star Game in 2013. He signed aUS$ 1 million year extension contract with the Angels in 2014 and later signed a six-year deal worth US$ 144.5 million. In 2014, he also became the second-youngest All-Star Game MVP, and end of the year, he won the American League MVP.

He also won the AL MVP the following year, which made him the first baseball player. He won his fourth Silver Slugger and, by the end of the season, had 41 home runs. He was awarded the “Best MLB Player ESPY Award” in 2015 and had to stay out of baseball for eight weeks due to a thumb injury for which he had to undergo surgery. After missing 39 games, he made a strong return and scored 200 total career home runs to become the 7th player to achieve this feat before 25.

In 2018, he was named the no.1 baseball player by Sports Illustrated. On 5th September of 2020, he hit his 300th in the match home run against the Houston Astros.

In July of 2016, Trout proposed to his long time girlfriend, Jessica Cox; trout and Jessica got married on December 9 of 2017. They had their first child on July 30, 2020. They named him Beckham Aron. He used the nickname “Millville Meteor” after his Wikipedia page got modified. He is friends with Carson Wentz, who plays as a quarterback for the Eagles. He also holds the season tickets for the American Club Eagles. Mike also supports the Philadelphia 76ers and the Philadelphia Flyers. He has two dogs named Juno and Josie. 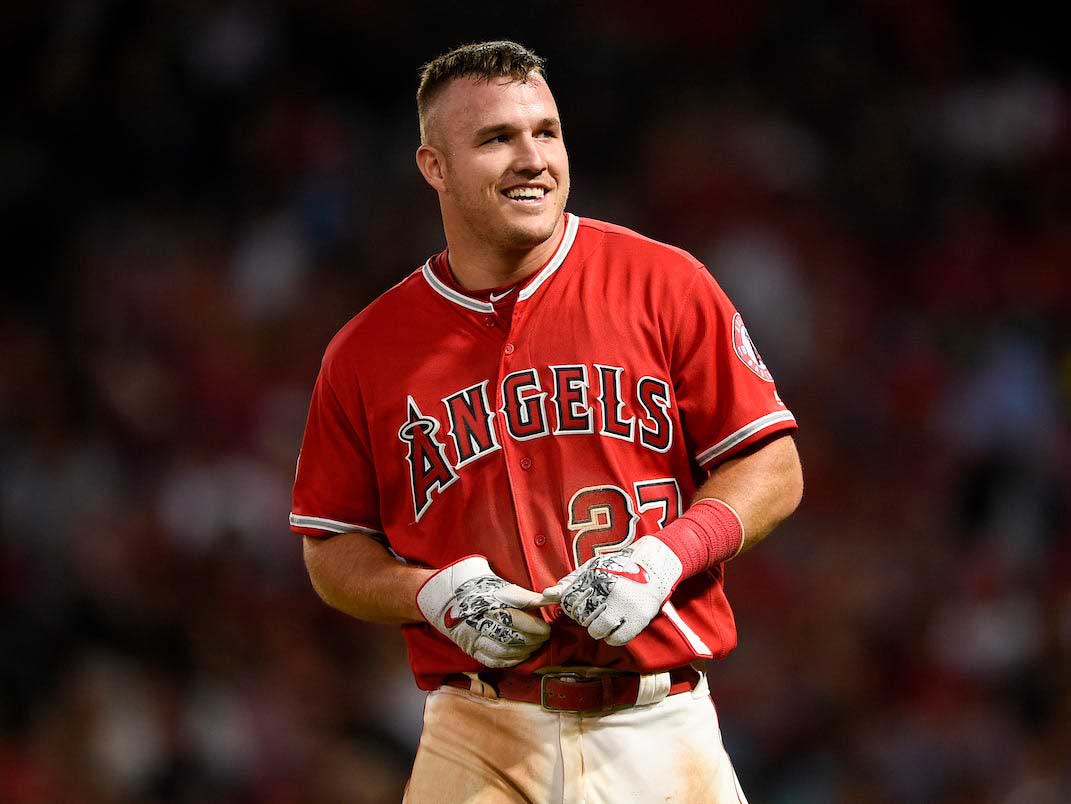 As of October of 2020, Mike Trout’s net worth got estimated to be around US$ 80 million. He makes most of his fortune from playing baseball in the MLB and through endorsement deals with Nike, Subway, and Super Pretzel. In 2019, he made sports history with the US$ 426 million contracts with the Angels, which was for 12 years. By March of 2019, he drove around US$ 2.5 million through endorsement deals.