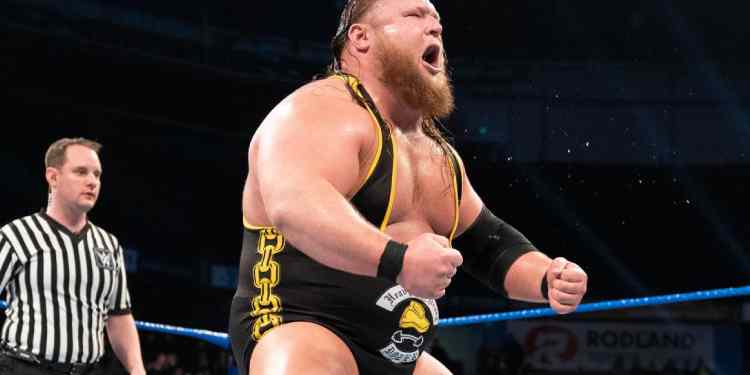 If you are a wrestling lover or a WWE fan then you will definitely love Otis Dozovic. He is a professional American wrestler who is now in the WWE(World Wrestling Entertainment). You can see him showing his skills and wrestling styles in the SmackDown with his partner Tucker Knight.

Otis was born on December 21, 1991, in Duluth, Minnesota, United States. Most of his parents and friends call in by his birth name “Nikola Bogojevic”.

When Dozovic in his youngest age, he used to compete in local wrestling events because of his heavyweight. He learned so much from his wrestling competition which was quite beneficial for him in the future.

Furthermore, Dozovic went to Superior High School on where he was also an undefeated wrestler. After graduating from his school, Dozovic, later on, joined the University of Wisconsin.

Otis Dozovic started his amateur career from the 2010 WIAA State Champion on where he was titled as “Amateur Wrestler”. It was his college days where he participates in various intercollegiate wrestling competitions.

From the year 2010 till 2014, Dozovic competed in several international events such as Greco-Roman, Junior Pan American Games, the 2012 Summer Olympics, and more. At that time, he wins some of the matches and also loses a few.

In the year 2016, Dozovic first debuted in WWE (World Wrestling Entertainment) and perform his first match in the ring. Late in July, he competed in the NXT house show by teaming with Adrian Jaodue. Unfortunately, he lost the match against The Authors of Pain (Akam and Rezar).

However, later on in 2017, he returns again for the NXT match against Jonathan Ortagun and Mike and manages to wins the match. It was the first-ever television wins for Dozovic after joining the WWE.

After competing in the NXT for several years, the team of Dozovic targets the main event in RAW. They interrupt the interview of Alexa Bliss and Paul Heyman. A week later, the duo manages to win the match against Konnor and Viktor.

In 2020 Dozovic break the team with Tucker Knight and decided to stay on Smackdown as per their draft. On the other hand, Tucker was drafted for the Raw match.

Likewise, Otis competed in the SmackDown Survivor Series match against Seth Rollins on November 6. The overall match was quite good but Dozovic lost the match. A week later, he was again fighting against Dolph Ziggler and manages to win the match in SmackDown.

There is a rumor that Otis Dozovic is dating Mandy Rose who is also a professional wrestler. But there is still no proof regarding their dating life. Maybe it was only for entertainment purposes.

Otis Dozovic is a successful wrestler in the world. His net worth is estimated around at $200,000 according to various internal sources.

Otis Dozovic is also quite active on his social media accounts. He has over 693k followers on his Instagram account. He mostly posts a picture of wrestling and workout as well as his three dogs.

For full biography about your favorite wrestler, please check out Sportscovering.