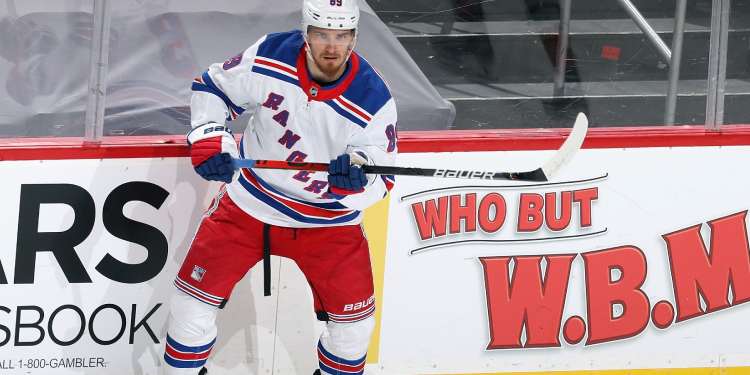 Pavel Buchnevich was born on April 17, 1995, in Cherepovets, Russia, under the sign of Aries. His parents are Yelena Razumova, a former Olympic skier, and Andrey Buchnevich, a former steel plant worker instructing kids soccer.

Pavel’s nationality is Russian, and his ethnicity is White.

Pavel Buchnevich is a tall man who stands at the height of 6 feet 3 inches or 1.91 m and weighs 88 kg or 193 lbs. Likewise, Buchnevich has dark brown hair, and the color of his eyes is hazel.

Pavel Buchnevich is a very private person in his personal life as an ice hockey player. He has not been seen with his lover by the media. It would be entirely inaccurate to claim that Buchnevich has never dated anyone. The truth is, he prefers to keep his personal life under wraps.

Buchnevich began his ice hockey career with Severstal Cherepovets, his hometown team. Pavel made his professional debut in the 2012-13 season. In addition, he divided the 2015–16 season between Cherepovets and SKA St. Petersburg in the KHL.

He missed a lot of time in his rookie season due to back spasms. He was demoted to the Hartford Wolf Pack for a four-game conditioning stint after returning before finally rejoining the Rangers on January 13 in a 4–2 loss to the Toronto Maple Leafs.

Buchnevich and the Rangers committed to a two-year contract extension on July 26, 2019. He got his first NHL hat trick against the New Jersey Devils on April 17, 2021, in a 6–3 victory.

Pavel Buchnevich is estimated to have a net worth of $3 Million.

For full biography about your favorite NHL player, please check out Sportscovering.