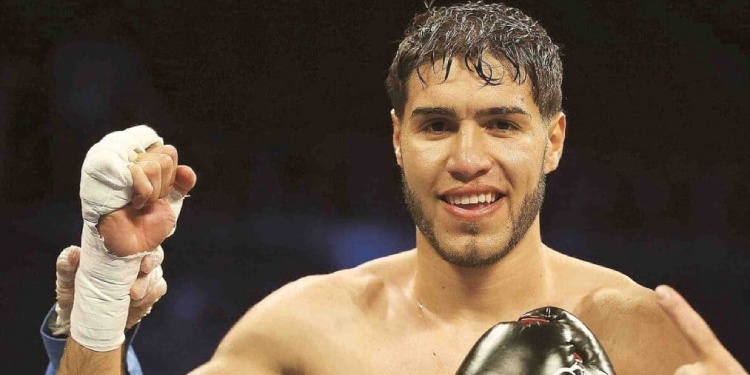 Prichard Colón is a professional boxer from the USA who fought in the Super-Welterweight division while he was still fighting. At present, he is paralyzed and not in stable condition.

He is an honorary WBC World Champion and the gold medalist in the 64 kg category at the 2010 Panamerican Youth Championships.

On September 19, 1992, Prichard was born in Maitland, Florida, U.S. His full name and nickname are Prichard Colón Meléndez and Digget, respectively.

Talking about his physique, he is 6 feet 0 inches and weighs 64 kg. Prichard has a zodiac sign of Virgo, and his current age is 29. He is the son of Nieves and Richard Colón, and his mother is a retired waitress.

His family moved to Puerto Rico when he was ten years old so that he could compete for the island. The family settled in Orocovis, a little rural community.

Prichard began his boxing journey at the Albergue Olímpico in Salinas, Puerto Rico. He also prevailed the gold medal at the 2010 Pan American Youth Championship in the 64 kg category during his amateur career.

On February 23, 2013, he entered professional boxing with a match against Xavier La Salle at the Cosme Beitía Salamo Coliseum in Cataño, Puerto Rico, where he knocked Xavier in the first round.

However, his fight against Vivian Harris, a more experienced boxer, on September 9, 2015, was the most remarkable in his entire career. They fought at the Ricoh Coliseum in Toronto, and Prichard seized the glory in the fourth round by knockout.

On October 17, 2015, he fought against Terrel Williams in an undercard fight at the EagleBank Arena in Fairfax, Virginia. During the fight, he received multiple illegal shots to the back of his head.

Moreover, he tasted knocked down for the first time in his professional career following those illegal punches during the ninth round.

After the ninth round, Prichard got disqualified when his corner mistakenly pulled his gloves, and Terrel handed over victory.

And that one fight changed his life forever in a horrible way. Prichard is now paralyzed due to those shot back to his head by Terrel.

For that reason, Prichard had also gone to come for 221 days, and when he woke up, he saw himself as a paralyzed person. However, as per the videos posted by his mother, he is still improving and is getting up and even going shopping.

His professional boxing record is 17 fights, 16 wins, and 1 loss. Prichard won 13 fights by knockout, 3 by decision, and lost 1 by disqualification.

There is currently no sign of his relationship. He is not in good condition and is taken care of by his parents. Also, he is busy with recovery.

Maybe, he had a girlfriend before that unpredictable incident happened to him or was single. However, he didn’t mention his affair with a woman in his prime time.

He is a paralyzed person and can’t fight or do anything for himself. Therefore, he doesn’t have any source of income in such a situation.

Nonetheless, while he was busy training hard and fighting inside the ring, he might have compensated with a huge amount because boxing is one of the most expensive sports in the world.

So, he might have had a net worth of around $7 million.

On the other hand, his Twitter handle is @PrichardColon, and he has 32 followings and 3,739 followers. Likewise, he goes by @prichardcolon with 397 posts, 210k followers, and 44 followings on Instagram.

Follow him on all three sites to see the updates on his life.