Rex Burkhead is an American football player. He represents the “New England Patriots” in the “National Football League” (NFL). Rex was an active player since his college days. During his college days, the “Cincinnati Bengals” drafted him in the “2013 NFL Draft.” Bill Belichick has given him the name “four-down player” for his abilities.

The birthplace of Rex is Winchester, Kentucky. He came into the world on 2nd July 1990. He grew up in Dallas-Fort Worth. There are not many details about his childhood and his family available. 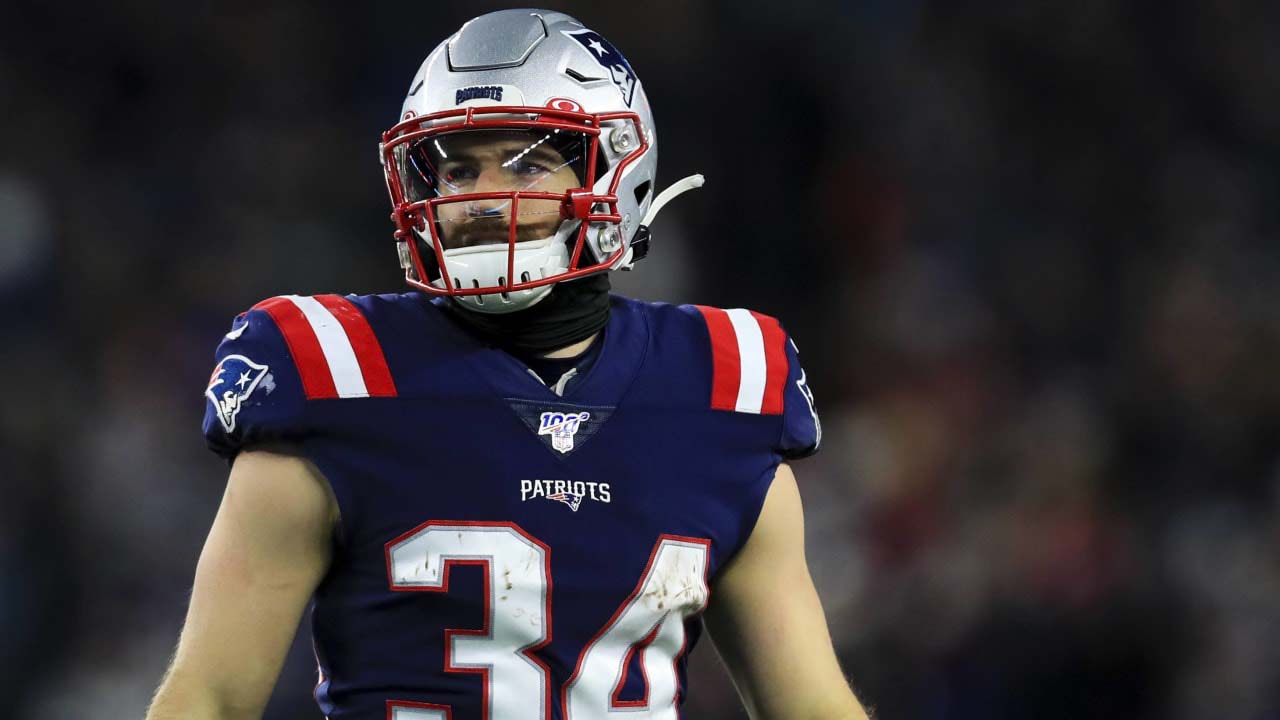 Rex Burkhead went to “Plano Senior high School” in Plano, Texas. He used to play for the “Wildcats” during the time. Rex also got the opportunity to play in “Division 5A” during his senior years in high school. He was also responsible for taking his school in the “State Semifinal.” He had a record of 28 touchdowns and 1762 yards during his junior time. Rex also received honors in both his senior and junior time in basketball. He was also part of the “Class 5A State Championship” during his freshman time. He went to the “University of Nebraska.”

Rex Burkhead started playing American Football in his freshman university days at the “University of Nebraska” in 2009. He held a record of 346 yards in 81 carries and a total of three touchdowns. Rex succeeded in reaching the number two ranking in the list of the “Depth Chart.” It was during the sophomore year in 2010.

Moreover, he was in the backup position in 14 games. He has a record of 951 yards with seven touchdowns and 172 carries. Rex had a history of rushing 1,357 yards with 15 touchdowns and 38 carries. It was in the match against “Lowa Hawkeyes.” He also succeeded in entering the “All-Big Ten ” selection list.

Rex had to miss two games during the beginning of the 2012 season. His knee got sprained. Rex mixed a total of six games during the season. He still finished the season with 675 yards with 6.9 average yards and 98 carries. Rex’s ranking during the “2013 NFL Draft” and was in the list of “Top 150.” He even received several awards and honors during his academic life. “CoSIDA Academic All-American” as a scholar-athlete award was one of his medals in 2011 and 2015. Rex Burkhead’s identification was one of the “15 National Football Foundation Scholar-Athletes” in 2012. 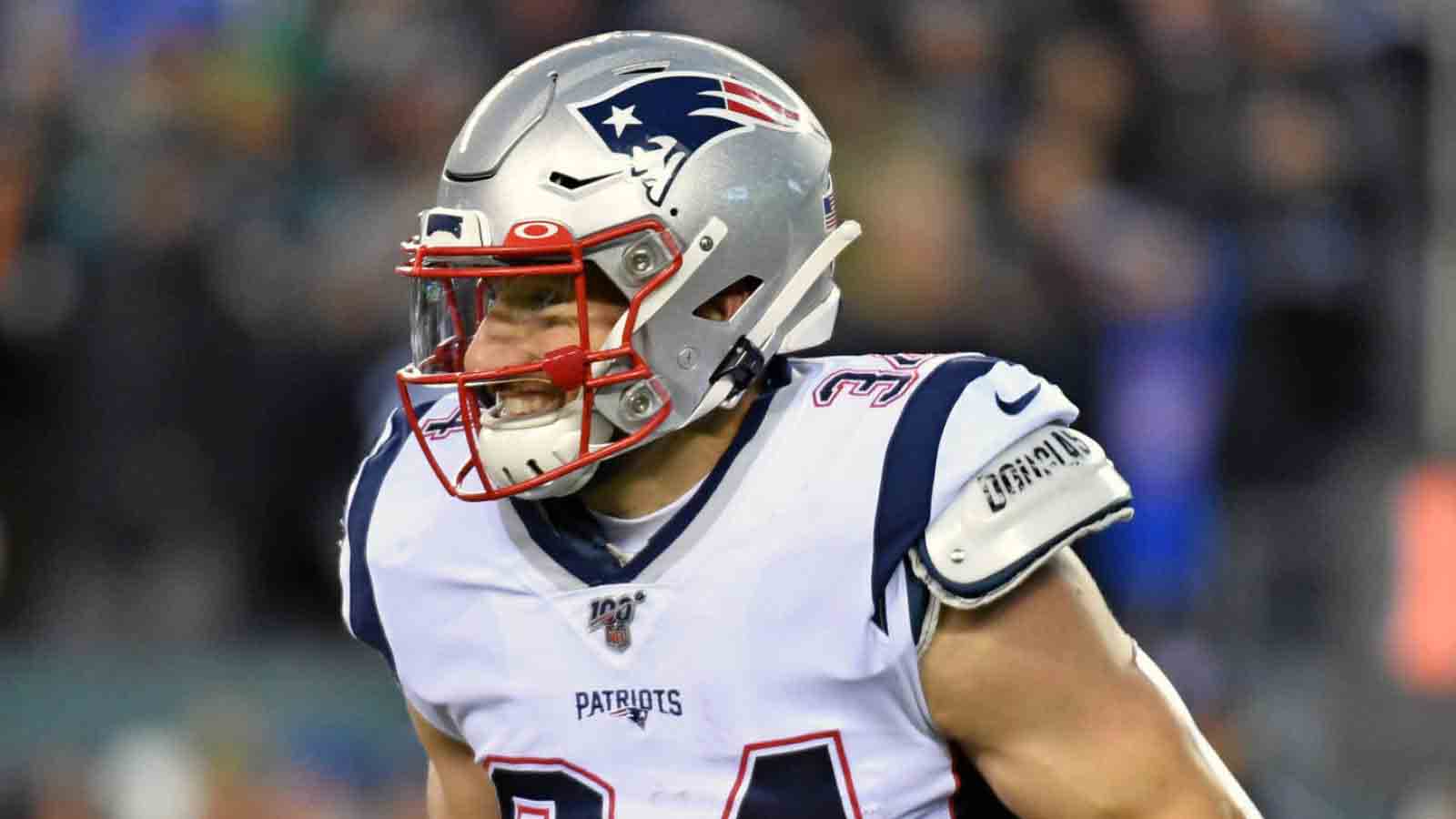 The professional career of Rex started after the “2013 NFL Draft.” He joined the “Cincinnati Bengals” formally after signing a contract with the team on 13th May 2013. He made his debut in the game on November 10. It was a match against Baltimore Ravens. He appeared in the only game in the season. Rex Burkhead played in a total of nine games in the 2014 season.

His most productive match was against the “Indianapolis Colts.” He held a record of completing three receptions in 34 yards and one rush for 23 yards. Rex was part of the 16 regular games in the season 2015.  During a match against the “Baltimore Ravens” in season 2016, Rex carried the ball for 119 yards and had taken the ball 27 times.

Moreover, Rex began a new journey of his life by signing a contract with the “New England Patriots.” It was on 14th March 2017 with $3.15 million.  He played his debut match representing the team on 7th September 2017. It was on “Thursday Night Football.” Rex Burkhead succeeded in getting his first touchdown for the team in a match against the club “New Orleans Saints” on 17th September. He also had a total of three receptions along with 41 yards. Rex had a record of 64 carries with 264 rushing yards, 30 catches with 254 receiving yards, a total of three receptions, and five rushing touchdowns by the end of the season.

Rex was also part of the match against the “Jacksonville Jaguars” in the “AFC Championship Game.” His team won the game. This win helped the team to participate in the “Super Bowl LII.” Rex succeeded in signing a contract with the team for three years on 14th March 2018.  Rex Burkhead even suffered a neck injury during a match on 26 September 2018. It was the match against the “Detroit Lions.” He succeeded in holding the longest rushing record of the game in the “Super Bowl.” Rex had a total record of 43 rushing yards.

Rex also performed very well in the 2019 season. He finished the season with 302 rushing yards, 27 receptions with 279 yards, and three receiving touchdowns. In the last match of Rex Burkhead in the 10th week during the 2020 season, he held two receiving touchdowns. The game ended with a 23-17 victory against the “Baltimore Ravens” in the “Sunday Night Football.”

There are not many details about the personal life of Rex. He seems to be very much conscious of his personal life. Rex Burkhead is a married man. He tied knots with Danielle. The couple got blessed with two sons. The eldest one is Jett. They welcomed their youngest son on May 7, 2020. Danielle goes to the game of Rex time and again along with Jett. They look lovely together. 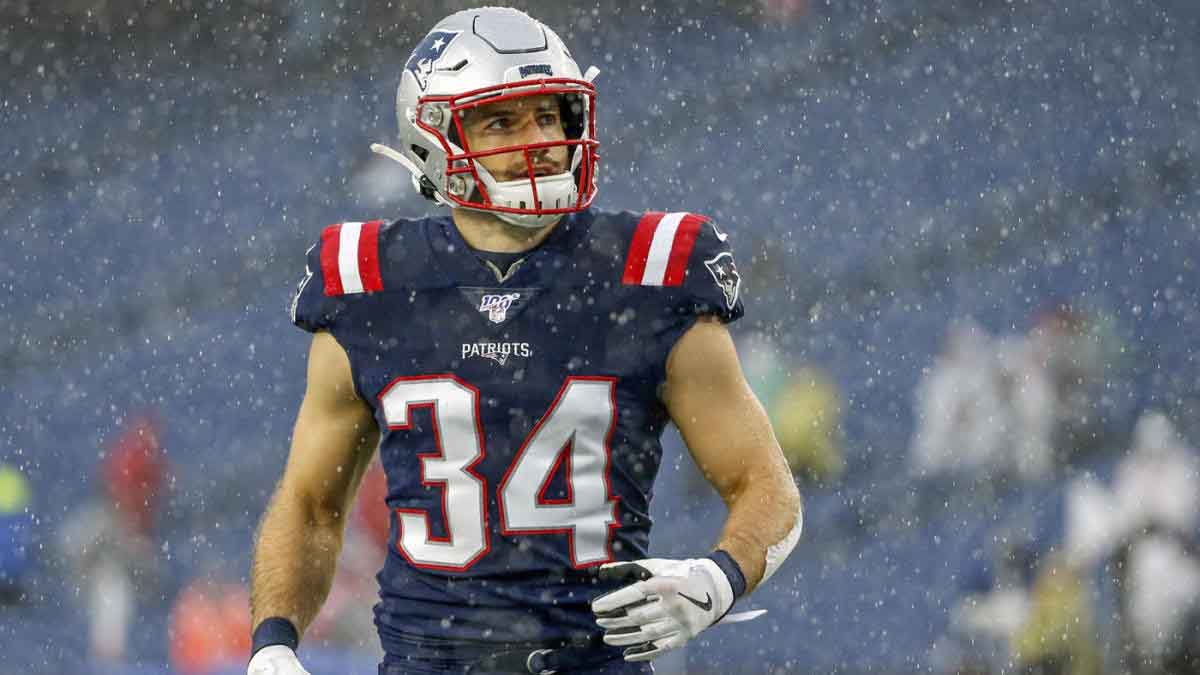 Rex is quite active on social media platforms. He goes with the name of “rbrex34” on Instagram with 183K and “rex Burkhead” on Twitter with 126.5K followers. He does not have a Facebook page.

There are not many details about the net worth of Rex. But according to the signing contracts with the teams. Rex is active professionally for more than five years. Rex Burkhead must have an approximate net worth of more than 5 million. Rex has a long way to go.

The nationality of Rex is American, and ethnicity is white. His current age is 30 years. Rex Burkhead has an attractive height of 5 feet 10 inches with a complimentary weight of 98 kgs.