Robert Lewandowski was born to a family of Krzysztof Lewandowski (father) and Iwona Lewandowski (mother) on 21st August of 1988. Being born in the city of Poland named Warsaw, his nationality is Polish.

During his early years, he started playing football for the local club called Partyzant Leszno. In 1997, Lewandowski played for the MKS Varsovia Warsaw for seven years. After leaving the team, he joined the Delta Warsaw and scored four goals. During the season of 2006-07, Lewandowski became the top goal scorer of the Polish third division by scoring a total of 15 goals. Robert Lewandowski again became the top scorer in the following seasons by making overall 21 goals in a season. 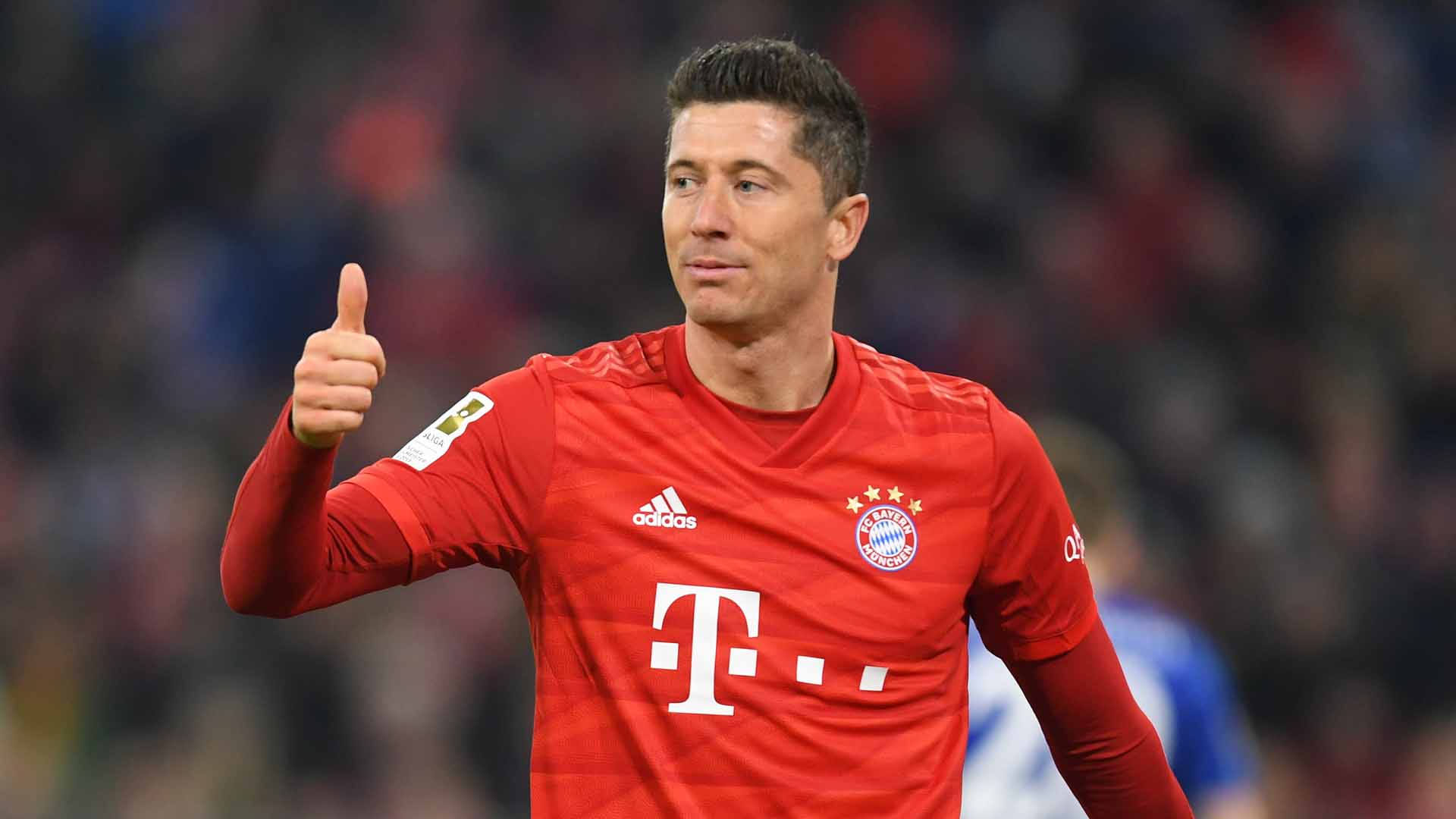 In 2008, Robert Lewandowski signed the contract worth 1.5 million with Lech Poznan. In the month of July, Lewandowski debuted in the qualifier match of the UEFA Cup against Khazar Lankaran. The team won their 2009-10 seasons, with Robert Lewandowski scoring a total of 18 goals in the whole seasons.

In 2010, Lewandowski signed the four- year contract worth of 4.5 million euros with the German club named Bundesliga. In his first game, Bundesliga won against Schalke with 3-0 scores, where Robert Lewandowski scored his first goal.

During the 2011-12 seasons, Lewandowski made a hat-trick against FC Augsburg leading the team to victory by 4-0 goals. In the following week in the Champions League, the team lost against Olympique de Marseille but made the easy victory against FC Koln. At the end of the season, Lewandowski was named as the Best Player of the Year in Poland. Robert Lewandowski was also the third player to obtain the maximum of the scores in those seasons. In the final game, he again made a hat-trick against Bayern Munich, winning the game by 5-2 goals in DFB-Pokal Final.

In 2014, it was confirmed that Lewandowski would leave the Dortmund, and thus during early 2014, he signed the five-year contract with the Bayern Munich. In the first debut match for Bayern, the team lost against Oregon by 1-2 goals, among which the single goal was made by Lewandowski in the 2014 MLS All-Star Game. They again lost to Borussia in the 2014 German Super Cup by 2-0 scores. In the second league, he scored a goal against Schalke and against Dortmund, winning by 2-1 scores. After that, Robert Lewandowski started making goals in each of the games one by one against the opponent teams SC Paderborn 07, FC Porto, and again against the Dortmund. They won the Bundesliga title in that season. 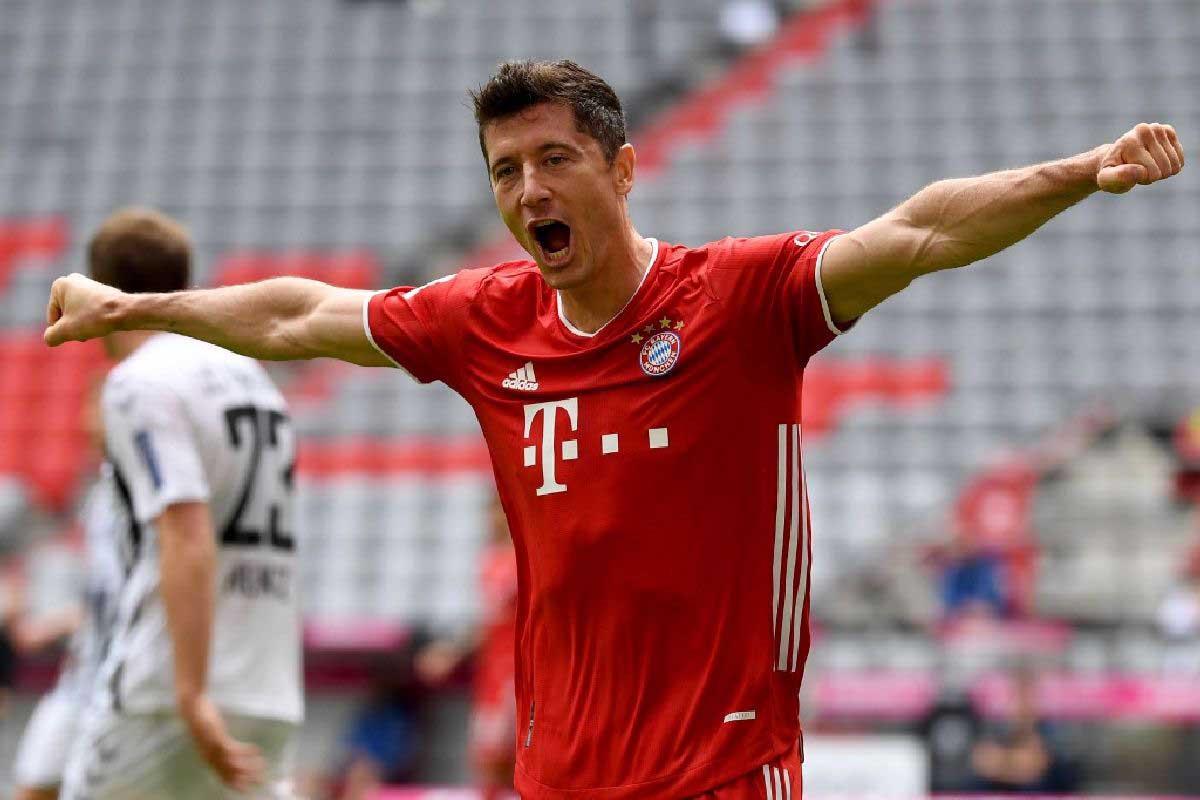 During his time in the Bayern Munich, Lewandowski scored the over of 50 goals making him the third-fastest player to ever score that much goal in the Champions League.

Lewandowski is committed to Anna Lewandowski. They got married in a town called Serock during mid-2013. His wife was the bronze medalist of Karate in the 2009 World Cup. Their daughter, namely Klara and Laura, was born in 2017 and 2020, respectively.

Krzysztof, Lewandowski’s father, was a judo champion and also a former footballer, died in 2005 while his mother, Gina Lewandowski, was a professional volleyball player.

Lewandowski is a strong follower of Catholic. He graduated from the Academy of Sport Education with a major in Bachelor of Physical Education just after the qualifying game for the 2018 World Cup. Being the Polish nationality, he also speaks English and German language.

Along with his wife, Lewandowski has donated in various organizations like Children’s Memorial Health Institute and other charitable institutes. They have raised money for other needy children. Every year during Christmas, they raise funds for the non-governmental organization called the Great Orchestra of Christmas Charity.

During the 2020 pandemic, they donated the 1 million euro for the treatments and vaccines against Corona Virus.

For his good deeds towards the society and the citizens, he was entitled as the UNICEF Goodwill Ambassador in 2014. 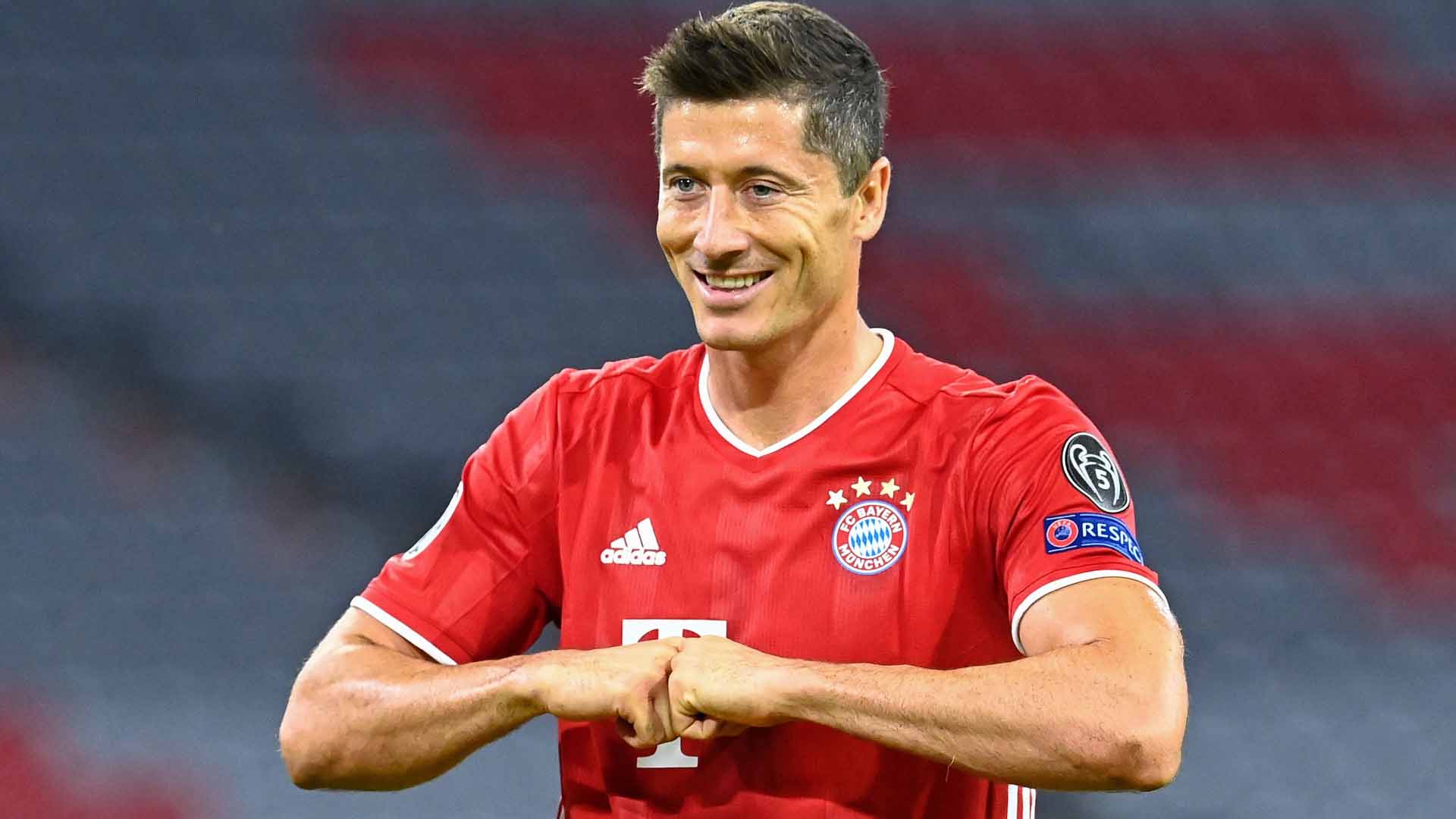 Robert Lewandowski wears a football boot manufactured by Nike called Nike Hypervenom boots in every game after he was signing the sponsorship for the Nike in 2013.

He has also appeared as the cover for the video game, FIFA 15, and also in FIFA 18.

Robert Lewandowski has a net worth of 61 million dollars, and he earns 264,917 dollars in a week, excluding bonuses. Being one of the top best players of the Bundesliga, his market value is estimated to be around 94 million dollars.