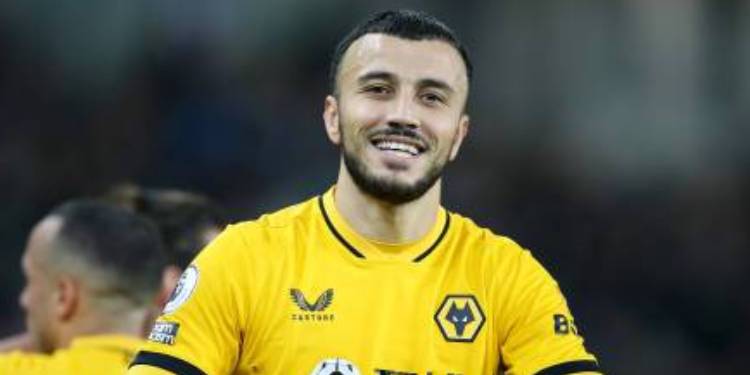 Romain Ghanem Paul Saiss, professionally known as Romain Saiss, is a professional Moroccan football player. Romain wears the No.27 jersey and assumes the position of defender or midfielder for the Premier League club Wolverhampton Wanderers and the Morocco national team.

Born on March 26, 1990, Romain Saiss hails from Bourg-de-Peage, France. Romain holds Moroccan Nationality and comes from a mixed (Moroccan and French) ethnic background. Since he was born on March 26, his star sign is Aries. Romain follows the Muslim religion and observes fasting in the ninth month (Ramadan).

Romain is the son of Radouane Saiss. However, Saiss has not revealed his mother’s name. His father used to play with Esperance Hostunoise at the amateur level for France. Following in his father’s footsteps, Romain used to play for Valence.

Regarding his educational background, Romain has remained silent and has yet to reveal his education details to the media.

However, information regarding his exact body measurements is unknown and still under review.

Romain Saiss started his career playing for Olympique de Valence in 2010. Romain played with Valence for a year with 13 appearances and four goals. Afterward, he signed with Clermont Foot in Ligue 2 when he turned 21.

After the deal with Clermont, Romain started playing with Clermont and made 48 appearances with one goal. Then Romain transferred to Le Havre AC on a two-year contract.

Romain again landed a two-year contract with Ligue 1 Angers and started playing for Angers in 2015. However, Saiss only played for a year before moving to Wolverhampton Wanderers. For the Angers, he made 35 appearances and scored two goals.

In 2016, Romain landed a four-year undisclosed fee contract with Wolverhampton Wanderers. After joining the Wanderers, he moved to England and made his debut representing the club on September 17.  His debut match concluded in a 2-0 victory.

However, in the game, Romain received a racial comment from his opponent, Jonjo Shelvey. Shelvey later received a five-match ban with a £100,000 fine from the FA.

Romain secured his first goal for the club against Burton Albion. Afterward, Romain followed with a Premier League debut as a substitute against Manchester United. His first Premier League goal came with a draw against Fulham.

On March 18, 2021, Romain announced his one-year extension to his contract with the Wanderers. Playing for the club, Romain has made 174 appearances with 13 goals up till now.

Similarly, Romain became the captain of the Atlas Lions after Morocco made the last 16 in the 2019 Africa Cup.

Is Romain Saiss in a Relationship?

Reports claim that Romain is presumably single. However, he has a son with his possible girlfriend, Salma Rachid. However, the pair are not married.

What is Romain Saiss’s Net Worth and Market Value

Romain is a Moroccan footballer playing for the Wolverhampton Wanderers since 2016. Before Wolver, he played for several clubs and accumulated decent money. Romain has been playing football for over 10 years, so he is bound to have accumulated a fortune.

Sources claim that Romain has an estimated net worth of 10 million euros with an annual salary of 1.4 million euros. Similarly, Transfermarkt claims Romain’s market value is €9.00 million.

Romain Saiss is very much active in the socials department. He is on Instagram as @romain_saiss_5 with a fan following of 57.2k followers. His Instagram is mostly filled with his games and some family quality time.

For more biography about your favorite soccer players, please stay connected with us at Sportscovering.