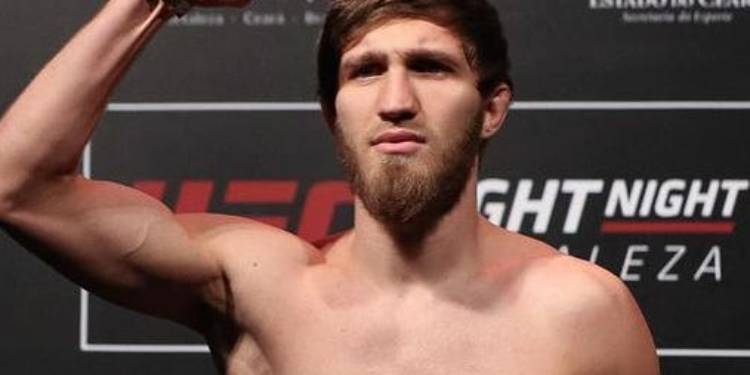 Said has participated and competed in the Absolute Champion Berkut and World Fighting Champion Akhmat and a former AFC Bantamweight Champion.

Born on April 5, 1992, Said Nurmagomedov hails from Makhachkala, Dagestan, Russia. Said holds Russian nationality and comes from a Russian ethnic background. He was born under the star sign Aries.

The martial artist has kept his family away from the spotlight and maintained confidentiality. So his family details and early life are unknown as of 2022. Also, regarding his educational qualifications, Said has yet to share details on the topic.

The Russian mixed martial artist is 29-years-old as of 2022 and has maintained an athletic body figure. However, his exact body measurements are unavailable and under review.

In 2009, Said Nurmagomedov made his professional MMA debut at the World Ultimate Ful Contact 15. In his debut match, he went against Oscar Nave and defeated him in the first round by the way of an armbar and ended his four-win streak.

After that, Said took a three-season break and made a return in 2012.

Said faced a debuting fighter, Jolon Uulu Jayloobay, and prevailed by the way of an armbar. The following year, he faced another debuting fighter named Akhmed Sarapov at Liga Kavkaz.

The match concluded with Said’s victory by the way of KO (knockout) in the first round. This was the first KO finish of his career.

Later in the penultimate bout of the Grand Prix, he beat the undefeated German Barsegyan via TKO. Said made it to the finals but ultimately lost to Maggomed Bibulatov via a unanimous decision, making it his first loss.

On July 14, 2018, he signed with UFC and made his UFC debut at UFC Fight Night 133. The following year, Said faced Ricardo Ramos at the UFC Fight Night 144 and won via TKO. However, he then came out positive for COVID-19, delaying his match against Mark Striegl.

Two years later, Said earned the Performance of the Night award after defeating Cody Stamann at UFC 270. As of 2022, Said Nurmagomedov has competed in 17 matches and won 15.

How much is Said’s Net Worth?

Said Nurmagomedov is early in his UFC career. The 29-year-old Russian martial artist has yet to get famous like other UFC fighters like Conor Mc Gregor and Khabib Numagomedov.

An average UFC player’s salary is $147,965 whereas the average household income in the US is $45,000 annually. According to online sources, Said’s net worth is estimated to be around $3 to $5 million.

Is Said in a relationship?

Said Nurmagomedov is relatively secretive regarding his love life and personal life. There has not been any information discussing his affairs. He tends to keep his personal life to himself and gives more priority to building his career.

While other players like McGregor have their wives attend their matches to support them on, Said has kept such things on hold.

Said might be in a secret relationship with someone but since there have been no records of his dating history, he is believed to be single as of 2022.

Is Said related to Khabib Nurmagomedov ?

Many fans are speculating that Said is related to Khabib since his surname is Nurmagomedov. However, in an interview with RT Sport, Khabib clearly stated that he was not related to Said.

The former martial artist, Khabib once said that Said is a cousin.

Said Nurmagomedov is not an active social media user. He is not on any of the social platforms, including Twitter, Whatsapp, and others.

However, he is on Instagram and goes by @nurmagomedov_said. On Instagram, he often posts photos with his friends while also sharing his games and lifestyle.

Said has accumulated a fan following of 110 k followers with over 750 posts.

For more biography about your favorite UFC Players, please stay connected with us at Sportscovering.