Khabib  Nurmagomedov is an MMA fighter from Russia. His specialty is judo, sambo, wrestling, and many more. Khabib has set an unbeatable record of 27 matches in “Mixed Martial Arts” (MMA). He is playing from the category of “Lightweight Division” in the “Ultimate Fight Championship.” He even holds the title of “International Master of Sports in Army Hand-to-Hand Combat”, “World Champion in Combat Sambo” and “International Master of Sports in Pankration.” 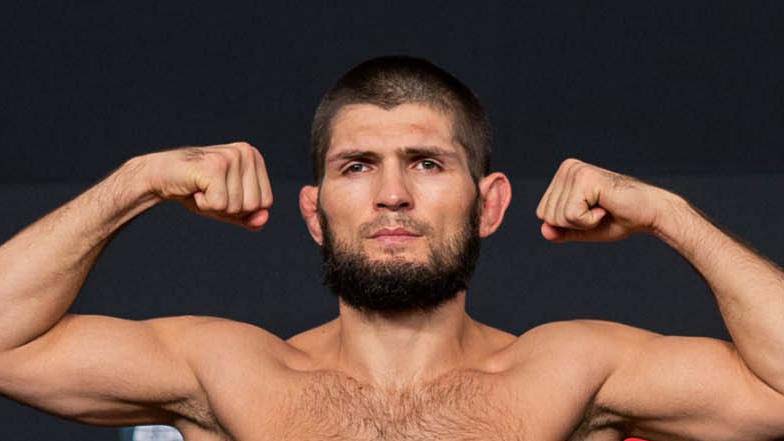 The full name of Khabib is Khabib Abdulmanapovich Nurmagomedov. The nationality of Khabib is Russian. His current age is 32 years old. Khabib Nurmagomedov has an attractive height of 5 feet 10 inches along with a complimentary weight of 70 kgs. He belongs to the Muslim ethnicity. His nickname is “The Eagle.” Khabib is a great supporter of the football club “Anzhi Makhachkala.”

How did Khabib grow up?

The birthplace of Khabib is Sidi. He came into the world on 20th September 1988. His father’s name is Abdulmanap Nurmagomedov. He was an athlete and a war veteran.  His mother’s name is Patimat. Khabib grew up with his two siblings. His elder brother is Mohamed and his younger sister is Amina.

Likewise, Khabib started his combat training at an early age. He moved to Makhachkala along with his family in 2001. There he started his wrestling training. He started his judo lessons at the age of fifteen. It was challenging for Khabib to switch to judo. His father felt the necessity for Khabib Nurmagomedov to fight in “Gi Jacket.”

His father was a great support in his small steps. He started training Khabib in “Combat Sambo” when he reached the age of seventeen. Then, he moved to Kyiv along with his family to Ukraine. He continued his training even in Ukraine.

Career: What is the story of Khabib?

Khabib began his professional MMA career in September 2008. He succeeded to gain four victories within a month of starting his journey. He also won the opening match of the “Atrium Cup Tournament Championship” in Moscow. He succeeded to win a total of 12 matches till 2011. During the same interval of years, he had won the “M-1 Global Debut” in 2009. He also competed in the promotion of “ProFC” in 2011. He won all the seven fights he competed in the same year. 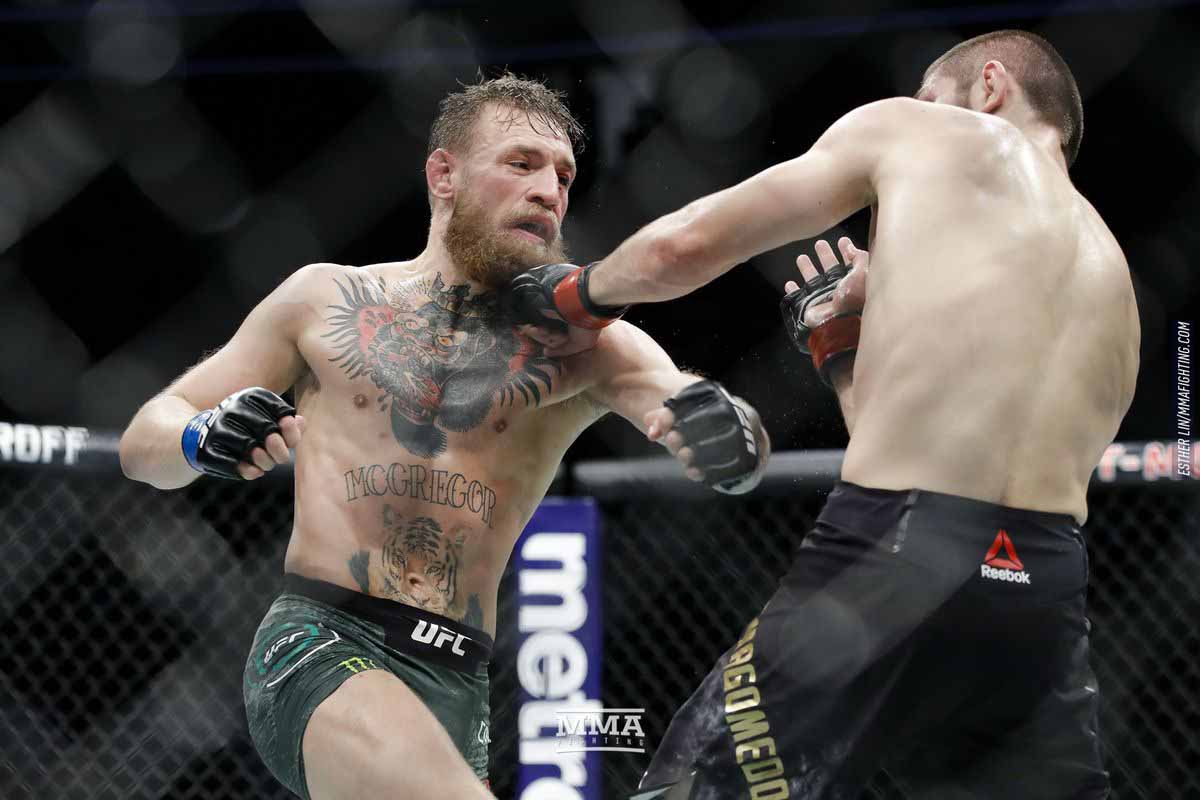 Likewise, the “Ultimate Fighting Championship” (UFC) noticed his unbeatable record of 16 victories. This resulted in signing a “Six-Year Contract” with the “UFC” in 2011. He started his journey from the “Lightweight Division.” His first match for the brand was against “Kamal Shalorus” at the beginning of 2012. He succeeded to win the match in the third round. Khabib succeeded to make a new record of “21 Successful Takedowns’ out of “27 Attempts.” It was during the fight against Abel Trujillo in 2013.

Moreover, Khabib Nurmagomedov suffered from several injuries and bad health issues between September 2014 and 2015. This stopped him from participating in several matches due to his knee injury and other injuries. He was back into the game in 2016. His comeback match was against “Darrel Horcher” at the “Ultimate Fighting Championship” (UFC). He also won the match against Michael Johnson in November 2016. Khgabib won the match in the third round.

Khabib fought a match against Edson Barboza on 30th December 2017 at “UFC 219.” He won the match by unanimous decision after the completion of the third round. This resulted in receiving the bonus of “Performance of the Night.” Khabib Nurmagomedov won another fight through the “unanimous decision’ against “Al LaQuinta” on 7th April 2018. This victory made him the “UFC Lightweight Champion.” He succeeded to defend the title against “Conor Mcgregor” at “UFC 229 on 6th October 2018.

He has ongoing news with the other MMA Max Holloway that they will be in a fight soon in the month of January 2021.

What is the relationship status of Daniel?

Khabib entered the institute of marriage in 2013. He married Patimat Nurmagomedova and has two sons and one daughter. Their name is Fatima Nurmagomedova, Magomed Nurmagomedov, and Husayn Nurmagomedov respectively. 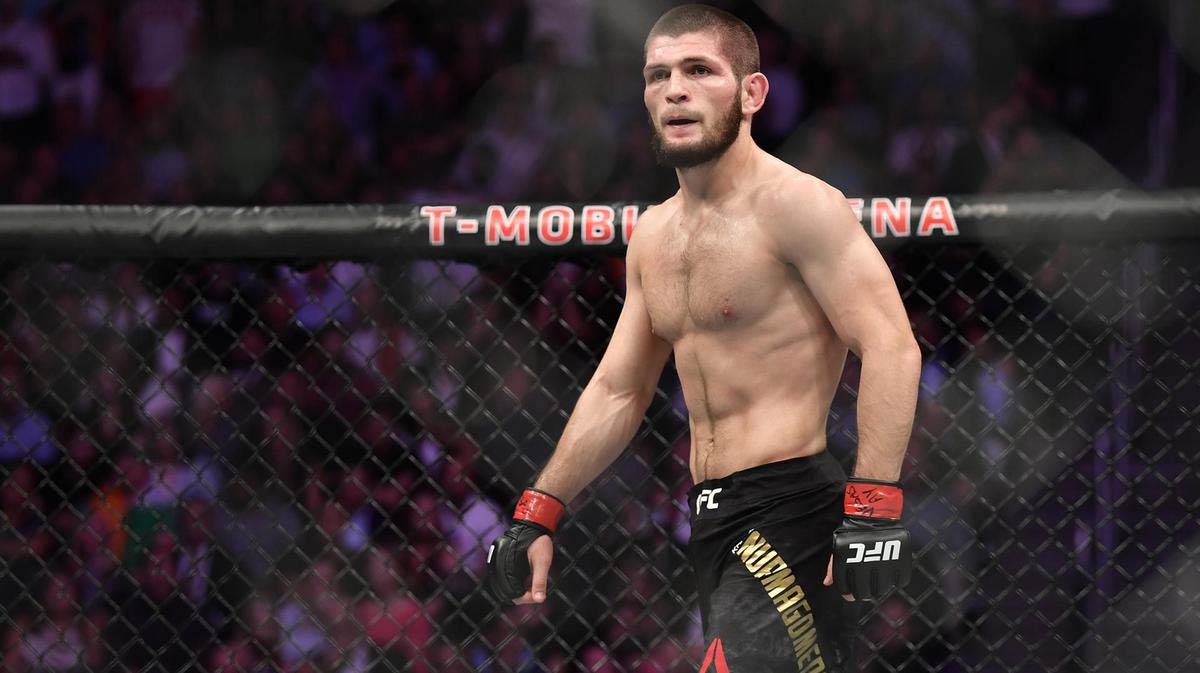 He also shares pictures of his refreshing time and gathering. It’s a treat to watch his smiling face on Instagram rather than his usual furious and brutal face. His latest Instagram photo is of 18th January 2021. Khabib Nurmagomedov joined Twitter in January 2012. His latest tweet was on January 18, 2021, who has tweeted “It’s time to get back into a workout routine! Download the app now”. His last post on Facebook is on Jan 10, 2021, which also has a youtube channel with the name “Khabib Nurmagomedov” with 618K subscribers. Joined the platform on 9th November 2017.

How much is Khabib’s net worth?

Khabib has been active in the sports fraternity for more than ten years. He has an amazing record of winning a lot of fighting championships. According to celebritynetworth.net, he has an approximate net worth of $40 million. He still has a long way to go.