Taysom Hill is an American footballer. He represents the “New Orleans Saints.” Taysom plays in the quarterback position. Taysom has also played in four offensive skill positions. The versatility makes him one of the unique players in the NFL. The Saint’s media has also given him the nickname “The Mormon Swiss Army Knife.” 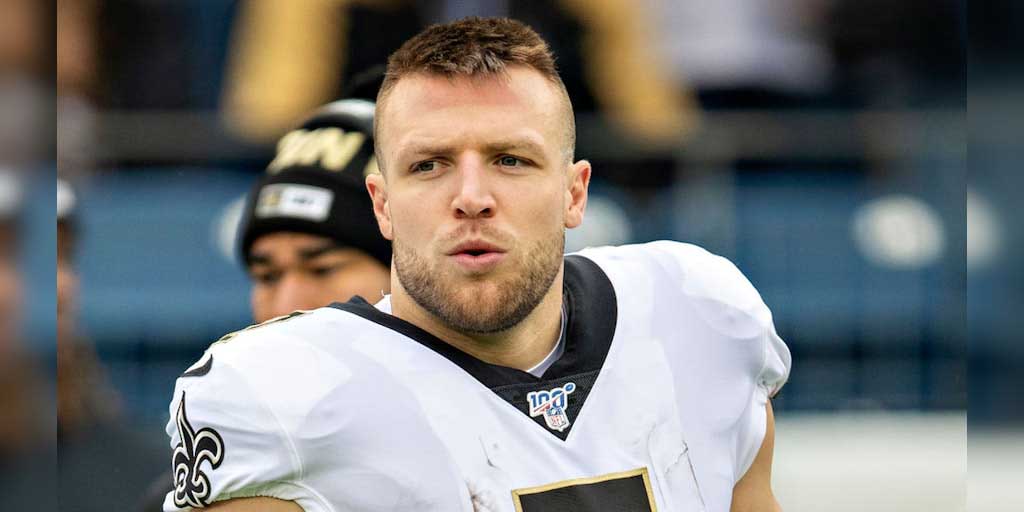 The birthplace of Taysom is in Pocatello, Idaho. Taysom came into the world on 23rd August 1990.

Taysom Hill went to Highland High School. He completed high school in 2009. Taysom had a fantastic sports career since the high school days. He held a record of throwing 2,269 yards and 18 touchdowns.

His head coach, Jim Harbaugh, had recommended him “Stanford University.” But he decided to join “Bringham Young University.” It was because he came to know that newcomers have to wait until June to enter the team. Taysom Hill joined BYU in January 2009.

Taysom ranked number two in the “Quarterback Depth Chart” list during the freshman season in 2012. The college brought him for “Short-yardage situations.” But his performance succeeded in increasing participation in the other five games in 2012. In the last winning match against “Utah State,” Taysom suffered from a knee injury.

Likewise, Taysom came back with a winning attitude in the 2013 season. Unfortunately, he had to face a fracture in a game against ” Utah State” in the 2014 season. This incident ended his season. It was also the first match of the team, which the team lost. 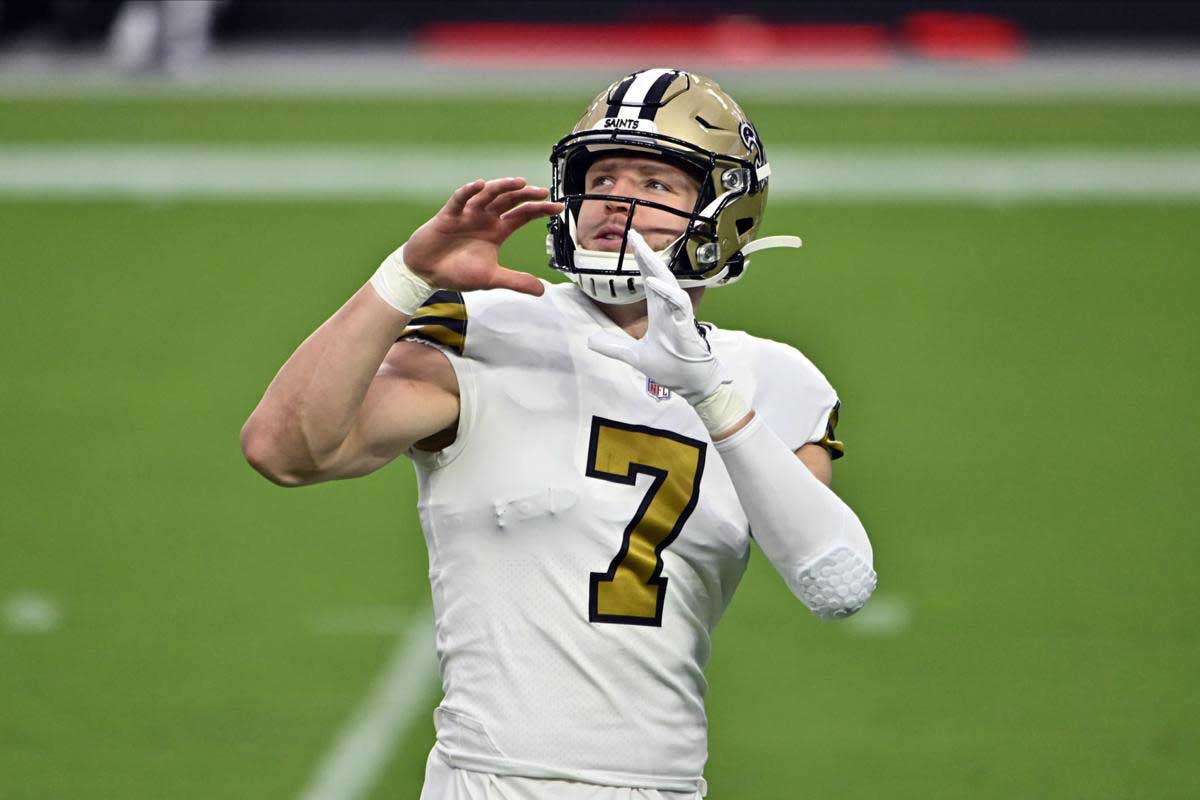 Moreover, injury and recovery became the companion of his journey. He again suffered from “Lisfranc Fracture” in season 2015. It was the opening match of the season against”Nebraska” on 5th September 2015. This injury again stopped him from playing the season.

With the self-belief to improve with the team of BYU, he came back in 2016. He started his 2016  season on 24th August in the “Quarterback” position. He changed his jersey number from 4 to 7 in the game. Unfortunately, even this time, he suffered from an injury. It was in the match against “Utah State” on 26th November. He was unable to complete the season.

Although the beginning performance of Taysom was terrific, he was unable to be selected in the “2017 NFL Draft.” Instead, he succeeded in signing a contract with the “Green Bay Packers” as a free agent. It was on the 5th of May. Taysom Hill appeared in the three preseason games. He had a record of two touchdowns and 14 passes. Taysom left the team on 2nd September 2017.

Moreover, Taysom Hill began his 2018 season from the “Third-String Quarterback” position. He completed the season with 37 carries in 196 rushing yards, one interception, 64 yards passing, and three reception at the end of the season. He had a record of one touchdown reception during the “NFC Championship.” It was the match against “Los Angeles Rams.”

Taysom Hill performed well in the debut match in season 2019. He had a record of rushing eight yards and a nine-yard touchdown against the “Houston Texas.” His team won the game with a close call of 30-28. The last match of the season of the group was a “Wild card Entry” match. They played against the “Minnesota Vikings.” He held 25 yards receiving, rushing for 50 yards, single touchdown and passing for 50 yards. The team lost the match 26-20.

Taysom extended his contract to the other two years on 26th April 2020. It was a contract of $16.3 million. He started the season in the “Quarterback” position on 20th November 2020, which was the match against the “Atlanta Falcons.” He held a record of two touchdowns, running for 51 yards, and 23 passes. The team won the game with a history of 24-9. 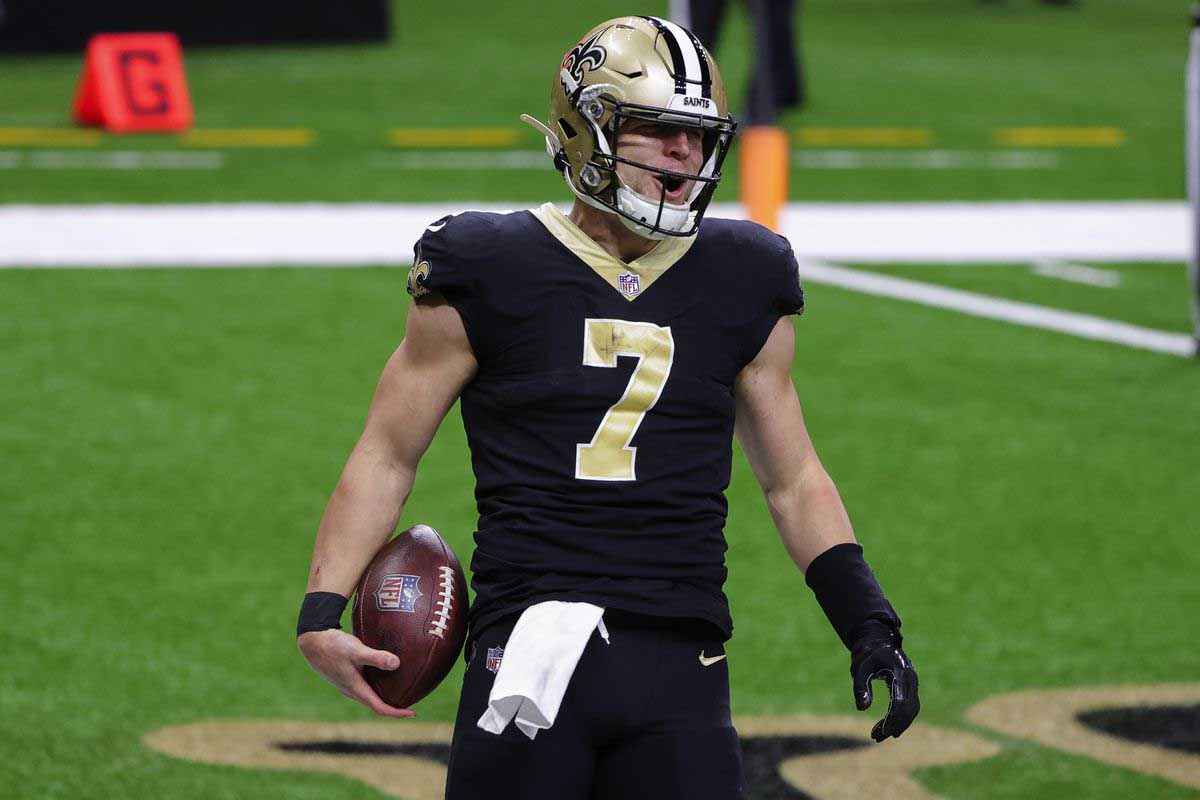 Taysom married Emily Nixon. They tied the knots in the “Salt Lake Temple” in Utah in 2014. Emily gave birth to a newborn boy on 23rd August 2020. They named him Beau Nixon Hill. David Nixon is his brother in law. He was an NFL linebacker and player at BYU.

Taysom is quite active on social media platforms. He goes with the name of “ts_hill” on Instagram with 344K followers and “Taysom Hill” on Twitter with 117.3K.

Taysom is quite concerned about his personal life. Taysom Hill has been representing the game for more than three years at the professional level. There are not many details about the net worth of Taysom. Although, his recent deal with the “New Orleans Saints” was of $16.3 million. He seems to have an approximate net worth of more than $5 million.

The full name of Taysom is Taysom Shawn Hill. The nationality of Taysom is American, belonging to the white ethnicity.  Taysom’s current age is 30, having an attractive height of 6 feet 2 inches with a complimentary weight of 100 kgs.