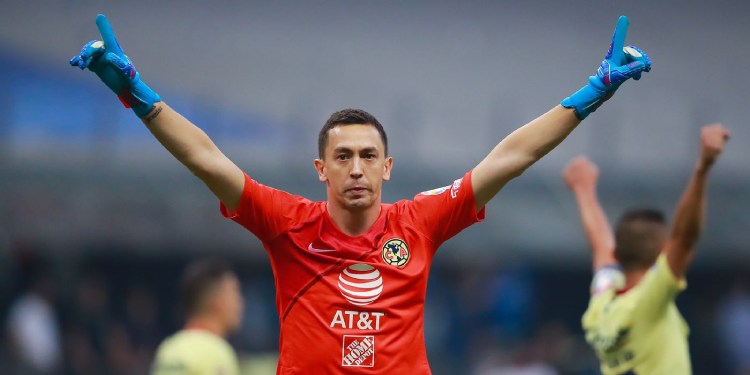 Agustín Marchesín is a professional football goalkeeper from Argentina. He currently plays for FC Porto of Primeira Liga and the Argentina national team. He wears the number 1 jersey for the club and 12 for the country.

On 16 March 1988, Agustín was born in San Cayetano, Argentina, under the sign of Pisces. He is 34 years old, and his full name is Agustín Federico Marchesín.

His weight is 85 kg, and he stands 6 feet 2 inches tall in physical appearance. In terms of his parents, Agustín is the son of Pachi Rios and Pablo Marchesín.

Agustín initiated his football career at Huracán de Tres Arroyos before joining Lanús in 2007. However, he did not take the lead in front of the goal until the 2009/10 season.

Then, Agustín won the South American Cup for Lanús, a competition with a similar prestige to the Europa League. After that, he was transferred to Santos Laguna in Mexico at the start of 2015 and quickly became the Mexican champion.

In 2019, the goalkeeper signed with Portuguese giant FC Porto on a four-year deal. Since joining Porto, he has been an exceptional player and fan favorite. Moreover, Agustín helped his team win the 2021/22 season, and it is their 30th Primeira Liga.

Agustín married Sol Ochandio and with her, he has a son. However, his wife and boy’s identities are currently not available.

Nevertheless, the pair has created a small and lovely family. Besides his game, Agustín is a family guy and gives enough time to them. He usually posts images of his family on Instagram.

There is no other detail about Sol that we could find presently. However, based on her online pictures, she is a beautiful lady and appears to be a supportive wife to her man.

Unfortunately, she has not mentioned much about herself on her Instagram profile yet. Nonetheless, Sol could be occupied with her baby and family commitments.

His exact earnings are currently out of our reach. Nevertheless, Agustín is an excellent goalkeeper and has successfully left his mark in every league he has played in until now.

As a result, he has amassed enormous riches from the start of his work. However, as per our estimation, his net worth is between $5 and $8 million.

Agustín has his existance on Instagram and Twitter. He is active on these two platforms to stay in touch with his target audience and share his memorable moment publicly.

Nonetheless, he has created a handle @agustinmarchesin1 on Instagram, and it has 561 posts, 849k followers, and 482 followings. Similarly, on Twitter, he has a handle @amarchesin1 with 58 followings and 230.6K followers.

Furthermore, a few accounts on Facebook by his name, but those do not appear to be his official account or fan page. So, follow him on these sites to see his game and life updates.