Who is Alisson Becker?

Alisson Becker is a professional footballer from Brazil. He is the goalkeeper of the famous club “Liverpool” and the national team of Brazil. Alisson also earned “The Best FIFA Goalkeeper” in 2019. He has also received the “Yashin Trophy.” His professional career started with the club “Internacional.” He represented the club in 100 matches.

Alisson was also in the team that won the “Campeonato Gaucho.” He joined the club “Roma” in 2016. It was the deal of €7.5 million. Alisson moved to the club “Liverpool” in July 2018. It was a deal of €62.5million. It was the highest amount paid to a goalkeeper at that time.  He succeeded to win the “Premier League Golden Glove” for maintaining “Most Clean Sheets” during his first season in the club.

Alisson also won another clean sheet in the “UEFA Champions League Final.” He helped the team to win the “European Cup” for the sixth time. Alisson was also part of the team to participate in the “FIFA World Cup” in 2019. Alisson was also in the team that won the “2019-20 Premiere League.” He had represented the national team of Brazil both at the youth and professional level. His professional debut for the national team of Brazil was in 2015. He even represented the country in the “Copa America Centenario” in 2016, “FIFA World Cup” in 2018, and “Copa America” in 2019. Alisson also became the “Best Goalkeeper” during the “2019 Copa America.”

How was the Alisson Becker childhood?

The birthplace of Alisson is Novo Hamburgo, Brazil. He came into the world on October 2nd, 1992. He grew up with his elder brother Muriel. Muriel is also a goalkeeper. He also started playing for the club “Internacional.” Alisson was only ten years old when he joined the club academy of “Internacional” in 2002. 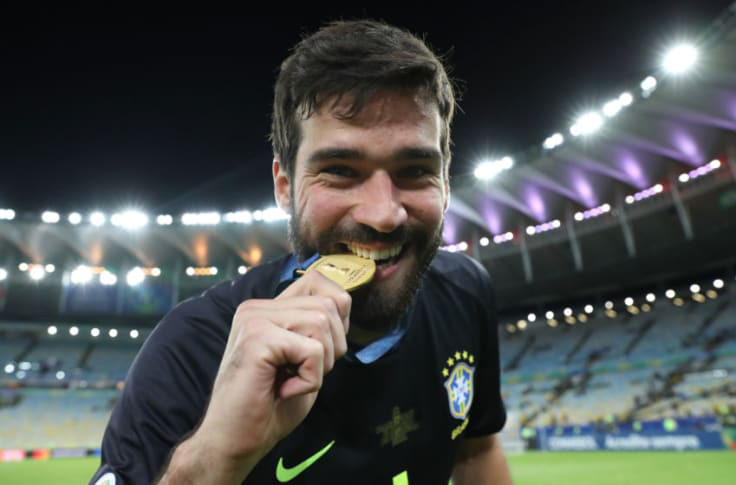 What is the education of Alisson Becker?

There are not many details about the academic information available. It seems like his football career has dominated all his other parts of life.

How did Alisson Becker started his career?

The professional career of Alisson Becker started on February 17, 2013. It was the match against “Cruzeiro-RS” during the “Campeonato Gaucho Championship.” He played “Serie A” for the first time on August 25, 2013. It was the match against the team “Goias.” He appeared in six matches in the first season. Alisson signed a contract with the club “Roma” in February 2016. It was a five-year contract of €7.5 million. Alisson played for the club “Internacional” on May 15, 2016. He played for the club for more than 100 matches.

Likewise, Alisson Becker started his journey in the club “Roma” in the “2016-2017 season.” His official transfer with the club was completed in July 2016. He played the first match representing the club on August 17, 2016. It was the match against “FC Porto” during the “UEFA Champions League.” He appeared in a total of 15 matches in the season. Alisson played “Serie A” for the first time in the “2017-2018 season.” It was the match against the team “Atlanta.” His team had won the match. He played the “Derby Della Capitale” on November 18. 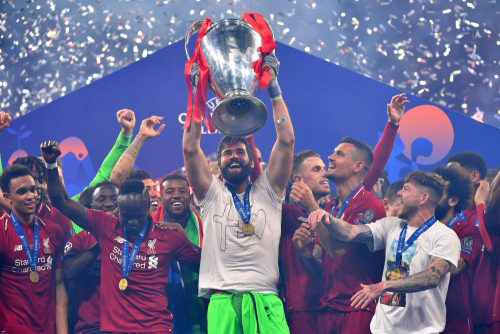 You may want to know more about Gerard Pique

Moreover, Alisson Becker joined the club “Liverpool” on July 19, 2018. It was a deal of £66.8million. He became the “Most Expensive Goalkeeper of All Time.” The club officially announced that Alisson will appear in the “2018-2019 season” wearing the “Number 13” jersey. He played his first match for the team on August 12, 2018. It was the match against “West Ham United.” He secured number two position in the list of “UEFA Champions League Goalkeeper of the Season.”

Alisson Becker returned to the game on October 20. It was the match against the team “Manchester United.” He succeeded to maintain his clean sheet during the “2019 FIFA Club World Cup Final.” He again faced an injury on March 6, 2020. This stopped him from playing the match against “Bournemouth” on March 7, 2020. Alisson succeeded to finish the “2019-20 Premiere League” as a part of the winning team. He appeared in a total of 29 matches for the team. Alisson succeeded to save a penalty during the second match of the “2020-21 Premiere League Season” on 20th September 2020. His team won the match with a final score of “2-0” against the club “Chelsea.”

Who is the wife of Alisson Becker?

Alisson Becker tied knots with Natalia Loewe in 2015. Natalia is a physician from Brazil. The couple welcomed their baby girl in April 2017. Natalia gave birth to a baby boy Matteo on June 14th, 2019. 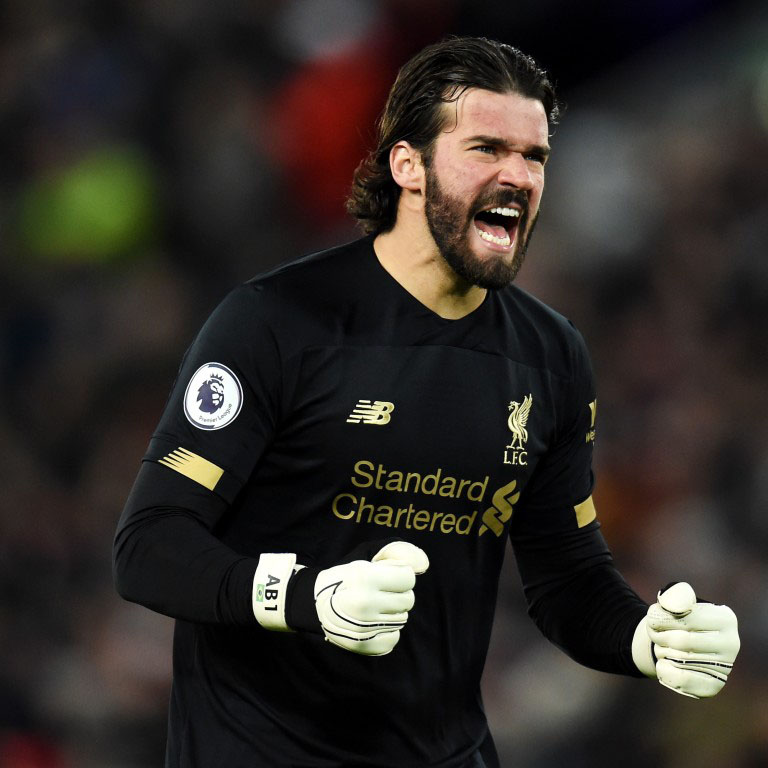 Is Alisson Becker on social media?

How much is Alisson Becker net worth?

There are no exact figures for the net worth of Alisson. According to his achievement and success, he must have a net worth of more than $5 Million.

The full name of Alisson is Alisson Ramses Becker. His current age is 28 years old. The nationality of Alisson is Brazillian. He has an attractive height of 6 feet 3 inches along with a complimentary weight of 91 kgs. He belongs to the German ethnicity.