Who is Jan Oblak?

Jan Oblak is a professional footballer from Slovenia. He plays from the position of the goalkeeper in the club “Atletico Madrid” and the national team of Slovenia. Jan has succeeded to mark himself on the list of the best footballers in the world. He started his professional football career at the club “Benfica.” Jan was only seventeen years old during that time. He was in the team that won the “Domestic Treble” of the 2014-2015 season.

Jan joined the club “Atletico Madrid” with a contract of €16 million. The contract made him “Most Expensive Goalkeeper” in “La Liga.” Jan succeeded to win the “Ricardo Zamora Trophy” for being the “Best Goalkeeper” during the “2015-2016 season.” He continuously won the trophy in the other three seasons after getting the first one. Jan was also on the team to win the “2018 UEFA Super Cup.” He had appeared in more than 250 matches for the club “Atletico Madrid.”

What is the education of Jan Oblak?

The birthplace of Jan is Skofja Loka, Slovenia. He came into the world on January 7, 1993. His father’s name is Matjaz Oblak. His mother’s name is Stojanka Majkic. He grew up with his elder sister Teja Oblak. She is also a professional player of basketball and is on the national team of Slovenia. He developed a passion for playing football since he was five years old.

Jan Oblak joined the football club “Locan” at that age. He joined the “Olimpija Youth Academy” at the age of ten. Jan was in the club till the “2004-2005 season.” That season, the club got dissolved. Then, joined the club “Bezigrad.” The name of the club was changed to “Olimpija Ljubljana” in 2008. He extended his contract with the club till 2011. 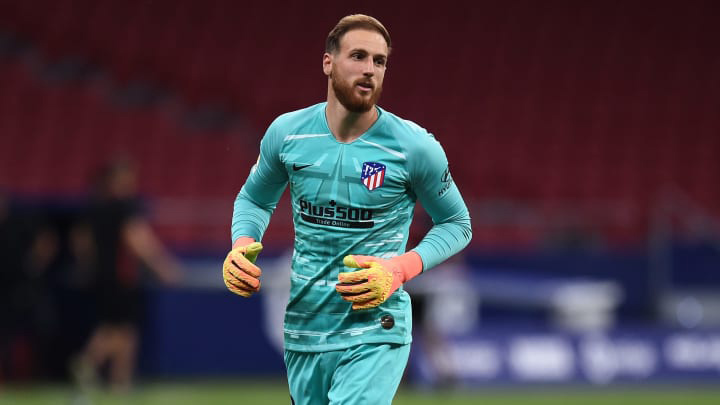 How did Jan Oblak started his career? 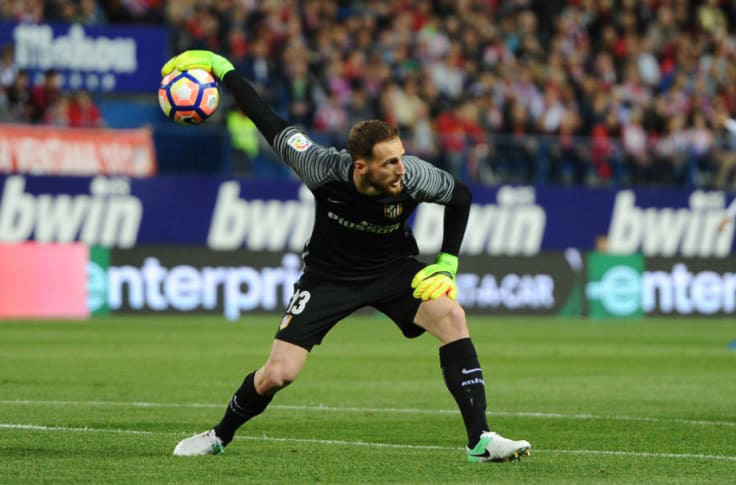 You may want to know more about Rivaldo

Likewise, there was an official announcement that Jan Oblak would join the club “Atletico Madrid” as per transfer on July 16th, 2014. It was a deal of €16 million and made Jan the “Most Expensive GoalKeeper” in the history of “La Liga.” Jan played his first match for the team against “Olympiacos” during the “Champions League Group Match” on September 16, 2014. He succeeded to get his first clean sheet in the match against “L’Hospitalet” during the “Copa del Rey.” The club extended his contract till 2021 in February 2016. It was a deal of £77.5 million. He was on the team to participate in the “2015-2016 Champions League.” Jan also won the “Ricardo Zamora Trophy” for “Best Goalkeeper” and saving 18 goals in a total of 38 matches.

Moreover, Jan Oblak was also on the team to participate in the “2016-17 UEFA Champions League.” He also received the nominations for the “2017 Ballon d’Or.” Jan played his 100th league match for the team “Atletico” on 28th January 2018. It was the match against “Las Palmes.” He had maintained 59 clean sheets and saved a total of 59 goals till the match. Jan succeeded to maintain a clean sheet during the finals of “2018 UEFA Europa League.” It was the match against “Olympique de Marseille.” The team had succeeded to win the title for the third time in eight years. He also won the “Ricardo Zamora Trophy” for the third time in the season.

Jan also earned the “La Liga Best Goalkeeper” award for the third time in the season. He became the first player to win the award three times. Jan extended his contract for another four years with the team on April 17, 2019. He again won the “Ricardo Zamora Trophy” and “La Liga Best Goalkeeper of the Season” in the season.  Jan became the vice-captain of the team for the “2019-2020 season.” The “UEFA” awarded him the “Man of the Match” title during his 50th “Champions League Match.” He became the “Fastest Goalkeeper” to achieve the “100 Clean Sheets” in the history of “ La Liga.”

What is the relationship status of Jan Oblak?

Jan Oblak is quite conscious of his personal life. His romantic life is still private. He seems to be totally focused on making his career. 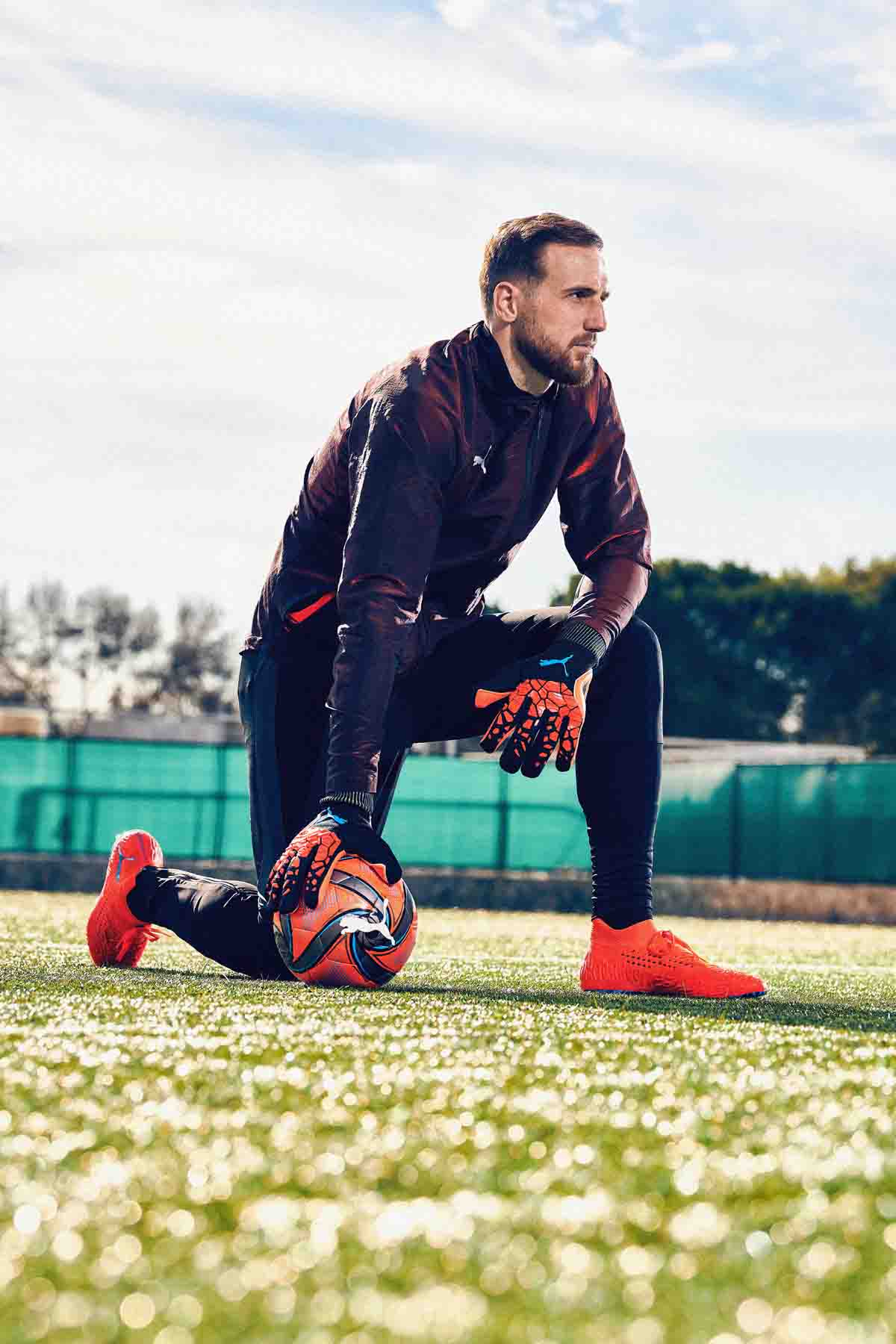 Is Jan Oblak on social media?

Jan Oblak is active on social media platforms. He goes with the name of “@oblakjan” on Instagram with 1.4M followers and “Jan Oblak” on Twitter with 47.6K followers. There is an unverified page of “Jan Oblak” on Facebook with 57K followers.

How much is Jan Oblak net worth?

The exact numbers of the net worth of Jan are not clear. He has been part of the football fraternity for more than ten years. According to his success and achievements, he must have a net worth of more than £105 million.

The nationality of Jan Oblak is Slovenian. His current age is 28 years. He has an attractive height of 6 feet 2 inches along with a complimentary weight of 87 kgs. Jan belongs to the “Slovenian” ethnicity.

For full History about your favorite players, please check out Sportscovering.