With a devastating power strike, stamina, good reflexes, and great defenses, Alistair Cees Overeem is usually known as Alistair Overeem, an MMA (mixed martial artist) fighter former kickboxer. He is one of the best-rounded heavyweights in the history of sports. He has won the different championship in both MMA and kickboxing career. As of recent ranking, he is ranked #5 in the UFC heavyweights ranking.

Alistair Overeem was born on 17th May 1980 in the suburban city Hounslow of London, England. His parents divorced when Alistair was just six years old. His mother is dutch named Clair Overeem, whose bloodline connects them to King William III, king of the Netherlands. He moved to the Netherlands with his mother and older brother Valentijn Overeem after their parents parted their ways.

He participated in playing basketball, track and field, and judo while he was a kid. His brother took him to Chris Dolman’s MMA gym to learn self-defense when Alistair Overeem was 15 years old. He didn’t like the sport much initially, but he ends up loving and making his career in the sport when he meets Bas Rutten and Joop Kasteel, other MMA fighters. Alistair Overeem fought his first professional MMA fight at the age of nineteen, where he defeated Ricardo Fleet on 24th October 1999 by submission. He made his first record when he defeats Yusuke Imamura by TKO in 44 seconds at the Pride Fighting Championships on 20th July 2002. He entered the 2003 Pride Middleweight Grand Prix, where Alistair Overeem lost in the quarterfinal match with Chuck Lidell. Alistair Overeem also joined the same championship in 2005; he won against Victor Belfort, a UFC lightweight Champion but was defeated in the semifinals to Mauricio Rua.

Overeem fought Russian Team Favorite Sergei Kharitonov in February 2006 and won a victory over him by dislocating his shoulder. Then he got to taste some loss but returned in June 2007, with a win over Micheal Knaap at K-1 Grand Prix. Alistair won Strikeforce Heavyweight Championship on 16th November 2007, where four men enter, and one survives. Well, Alistair Overeem also took part in Strikeforce Heavyweight Grand Prix in 2011. On 18th June that year, he defeated Fabricio Werdum by unanimous decision.

On 29th July later the same year, there was an announcement that Alistair Overeem had been released from the Strikeforce organization. On 6th September 2011, he signed a contract with the Ultimate Fighting Championship (UFC). His first fight was against Brock Lesnar’s former heavyweight champion, on 6th September 2011, and he defeated Brock. Overeem has won many of the battles against all-time best fighters in UFC. On 15th February 2016, Overeem announced he had signed a new contract with UFC. Since then, Alistair Overeem has been fighting for UFC and tasted many victories against Stefan Struve, Roy Nelson, Junior dos Santos, Mark Hunt, and many more. Still, a successful man always learns from losing as he tasted loss against Francis Ngganau via knockout, Curtis Blaydes, via TKO. His recent match was against Augusto Sakai on 5th September. He won in the fifth round with technical knockout.

At the age of 17, Alistair wins his first-ever professional kickboxing fight in a K-1 rules fight. K-1 World Grand Prix Final 16 of the year 2009, Alistair was selected by the fan voting system. He defeated Peter Artes in the tournament, which was a three-time champion of the match. But he lost to Hari via TKO in the semifinals. Thus the lousy start in 2009 in the tournament K-1 World Grand Prix 2010 Final 16, he did well. He defeated Tyron Spong and Gokhan Saki before entering the finals. On 11th December 2010, in the finals, he defeated Peter Artes and won the championship.

Considered one of the best heavyweight fighters in history, Alistair weighs 122 kg and stands 6 feet and 4 inches (193 cm). He is also nicknamed as The Demolition Man. He is Dutch and is a proud Muslim who is 40 years old from the date of writing.

Alistair was once a blue belt in Brazilian Jiu-Jutsu. He is active since the year 1999. He plays for UFC currently. Alistair is a handsome person with a muscular body. His eyes are black, and has short black hair. Usually, he prefers short hair and a short beard. 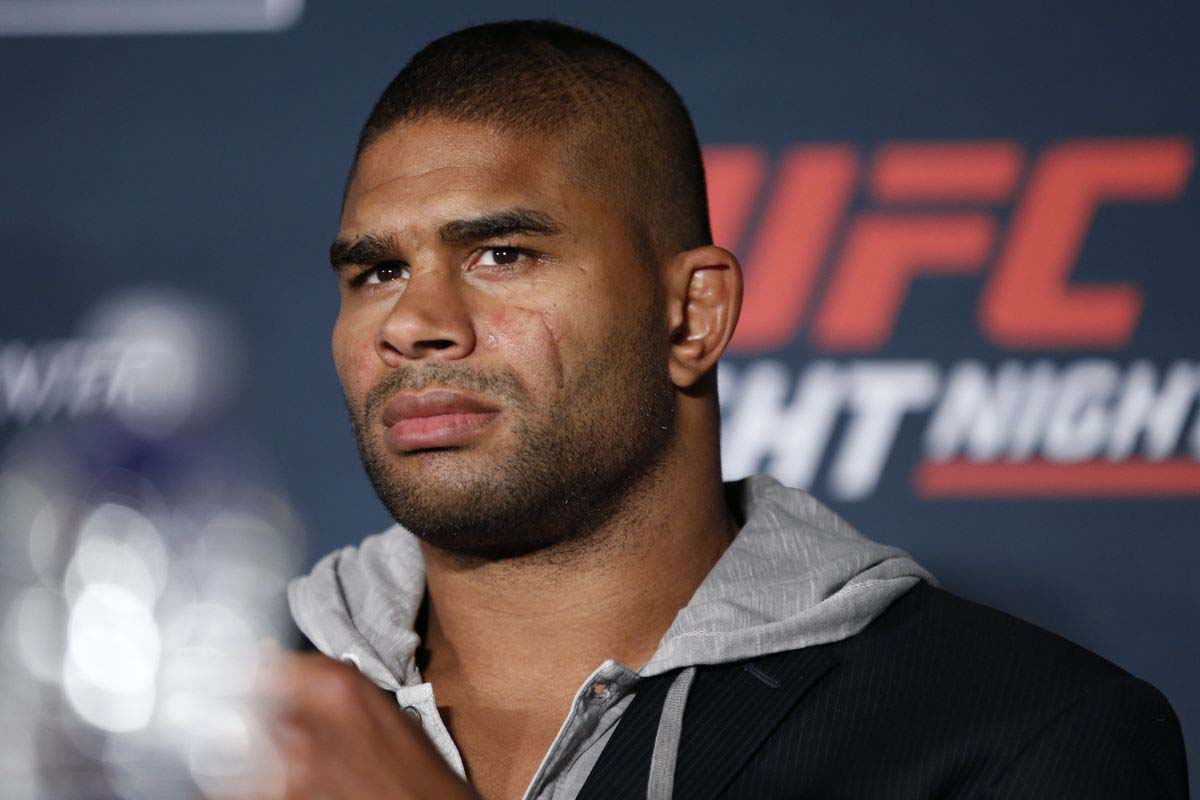 Such muscled, a ruthless strong man is good in romance as in the ring. He was engaged with this gorgeous lady in the year 2011. She was the office support and administration of AkzoNobel. This couple has two beautiful cute daughters, Strom and Yazz-ley Rey, born on 17th October 2006 and 27th February 2016.

Alistair and his brother once had a brawl with six bouncers in a Dutch dance club. This fight was caused when the security tried to take them out of the club for not having a coin in the pocket. Alistair was not able to fight in the title match because his hand was injured. He was given a 90-day county jail sentence on 28th March 2012. It was announced to be suspended after completing 50 hours of community service and anger management.

According  to Celebrity net worth Alistair Overeem, a British Mixed Martial Artist  has a net worth of $10 million