Miesha Tate is a former professional MMA fighter from America. She used to complete the ‘Ultimate Fighting Championship” (UFC). Miesha Tate is also a former “UFC Women’s Bantamweight Champion.” She was actively involved in sports since her childhood days. She started MMA training during her college days on her friend’s recommendation. Miesha Tate played her first amateur MMA match when she was 20 years old. 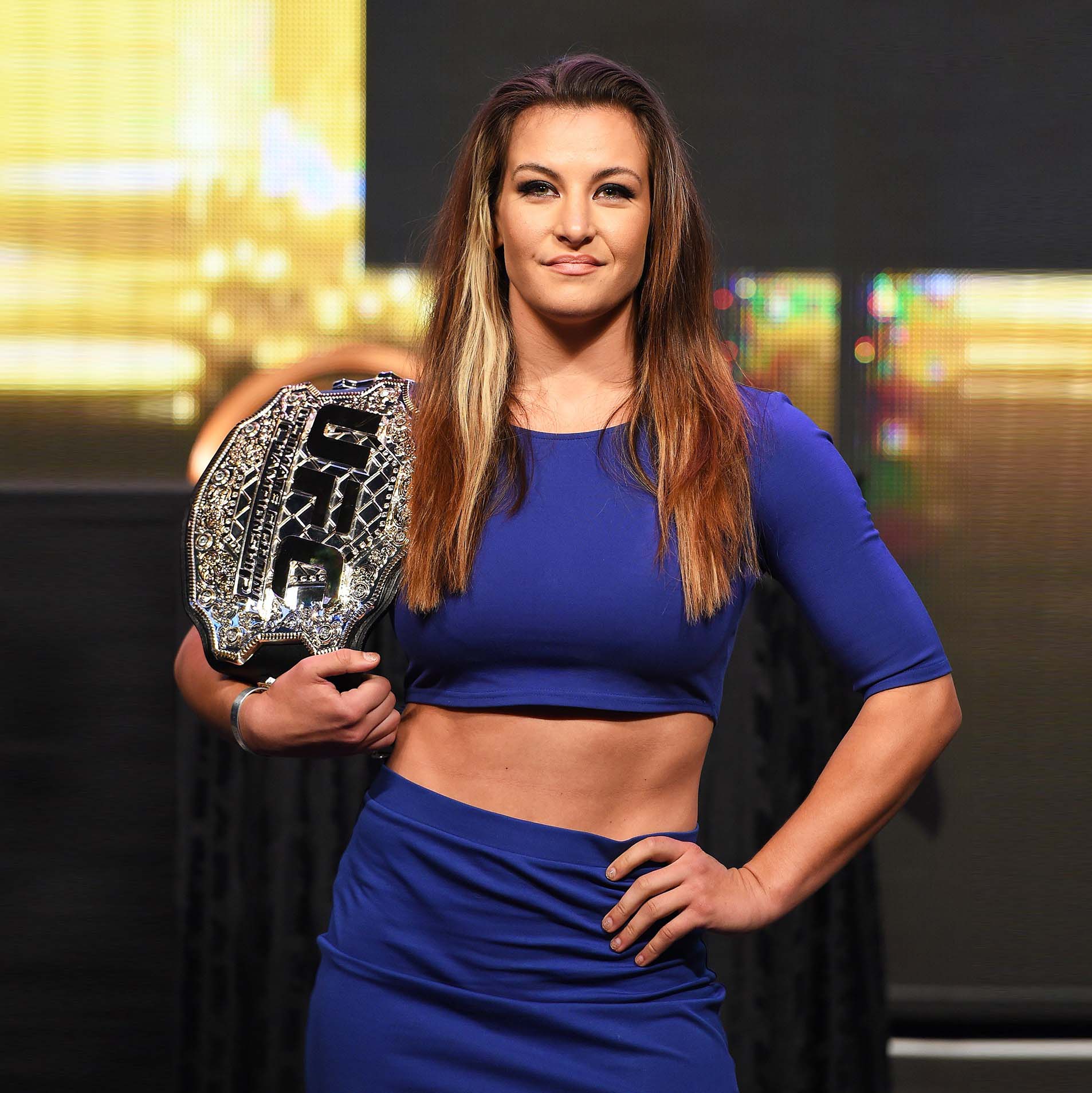 She went for the professional fight in the following year in the “One-Night HOOKnSHOOT Women’s Grand Prix.” She also won the “FCF Women’s Bantamweight Championship.” Miesha Tate had the influence of Brazilian Jiu-Jitsu and wrestling in her fighting style. She has also done modeling for various websites and magazines. “Fitness Gurls” and “ESPN The Magazine” are some of the modeling projects of Meisha Tate. Her character has also been added in the video game “EA Sports UFC.’”

The birthplace of Meisha Tate is Acoma, Washington, USA. He came into the world on 18th August 1986. She was a tomboy since her childhood. Meisha Tate used to enjoy playing with the boys in her locality. Her mother’s name is Michelle. Her father’s name is Robert Schmidt.

Meisha Tate attended the “Franklin Pierce High School.” There she began her amateur wrestling career. She then went to the “Central Washington Unversity.” Her friend during her university days suggested her to join the MMA club. Meisha showed a huge attraction against the “Brazilian Jiu-Jitsu.” She started enjoying MMA and finding the similarities between wrestling and MMA. She officially started her MMA career from the fight against Elizabeth Posener in March 2006. 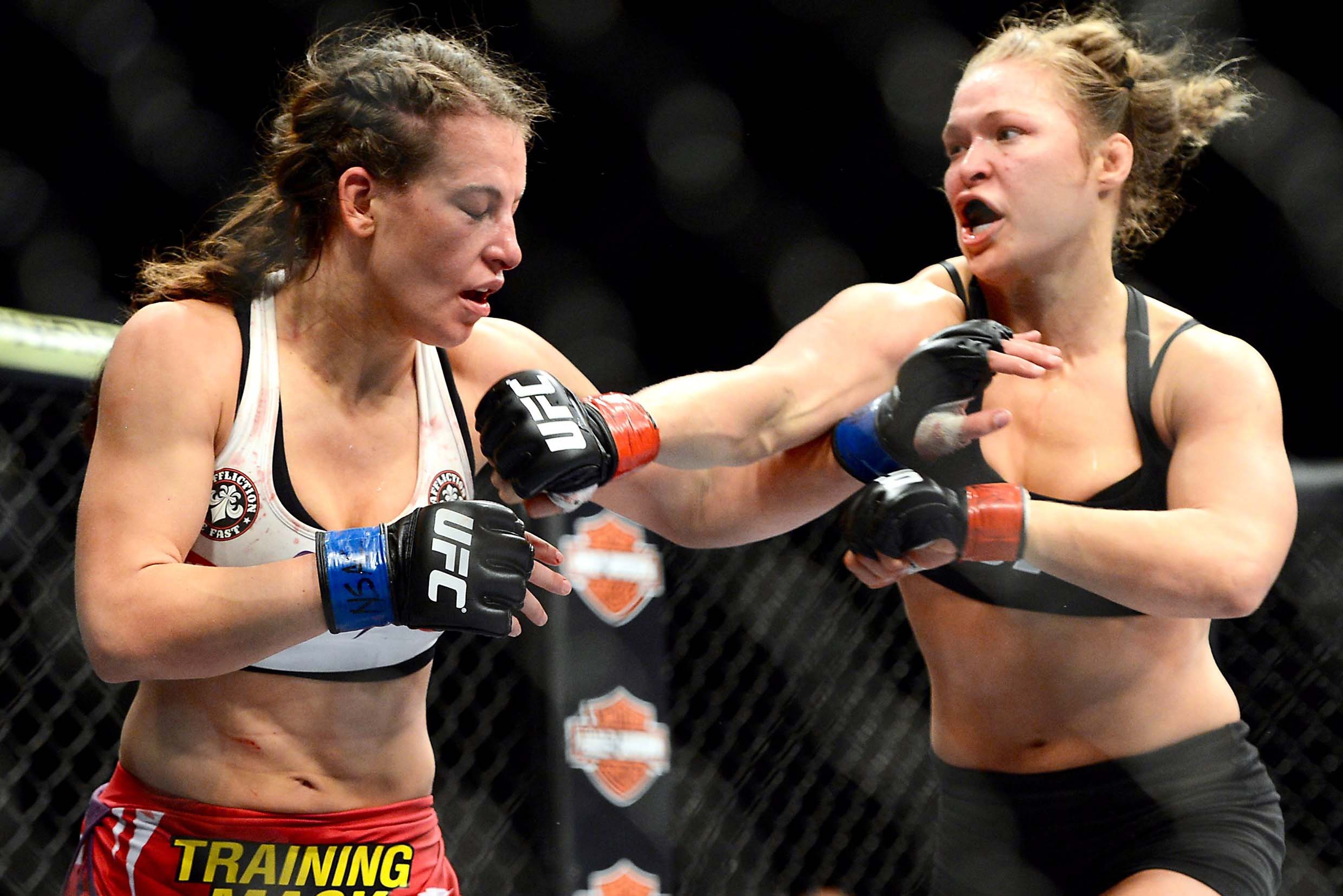 Moreover, Miesha Tate lost the title against Ronda Rousey on March 3, 2012. She became part of the “Ultimate Fighting Championship (UFC)” in February 2013. Miesha Tate played his first UFC match in April 2013. It was during Zingano during the “Ultimate Fighter 17 Finale.” She failed to win the match in the final round. Meisha won the match against Liz Carmouche during “UFC on Fox; Werdum vs. Browne” on April 19. 2014. She won the match. This was the first victory in UFC. Meisha also won the match against Rin Nakai during the “UFC Fight Night: Hunt vs. Nelson.”

Meisha’s popularity increased more by winning the match against Olympic Gold medalist McMann in January 2015. Meisha won the match against Holly Holm to win the “UFC Bantamweight Champion” in March 2016. She announced her retirement from the MMA scenario in December 2016. Meisha left the sport by raising a high bar for the upcoming generation. She was also part of the documentary “Fight Life.” The movie succeeded to win “Best Documentary” at the “United Film Festival.” 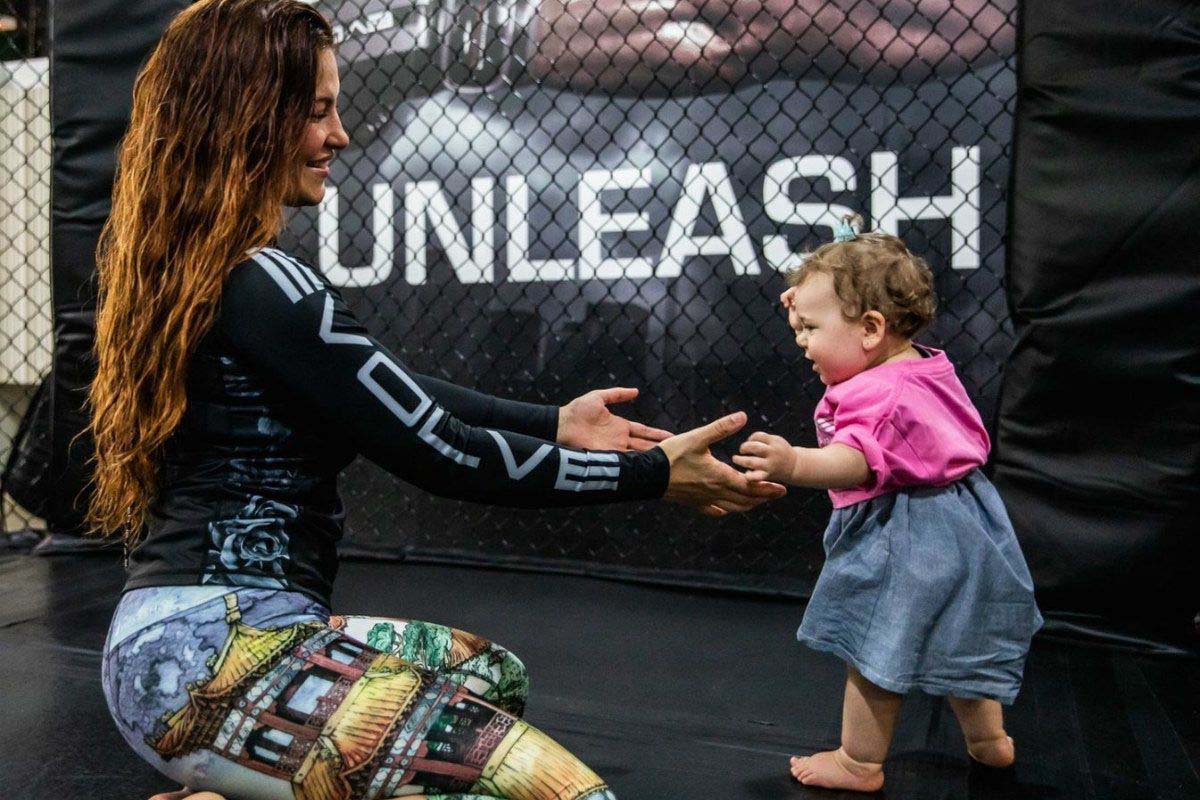 Meisha Tate was in a relationship with Bryan Caraway. She even saved the life of a mother of Bryan from an asthma attack during scuba diving. She gave birth to a baby girl Amaia in 2018.


Meisha Tate is active on social media platforms. She goes with the name of “@mieshatate” on Instagram with 1.9M followers and “Miesha Tate” on Twitter with 823.1K followers. She does not have an official Facebook page. Meisha shares beautiful pictures on her Instagram. Her last post on Instagram is on January 18, 2021. She has shared a selfie with the caption: “ONE second, ONE minute, ONE hour, ONE day, ONE year, ONE lifetime. The seconds go slowly but the years fly by!! Enjoy the ride

And don’t forget the first @onechampionship event for 2021 is live on this Friday, Jan 22nd at 4:30 am PST on @brlive for everyone here in the US!”

Meisha Tate also shared a picture of her pregnancy being 7 months pregnant. She has a full glow in the picture not only as a woman but also as a mother. Meisha had shared the picture with the caption: “

7 months in vs 7 months out! Swipe right for peek-a-boo abs”

Similarly, Miesha Tate joined Twitter in August 2009. She had written “Taking it all one step at a time” in the profile of Twitter. Meisha’s latest tweet is from Jan 21, 2021. She has praised Danielle in the tweet and his kills of taking the interview.

Tweet: “Danielle is one of the best interviewers I’ve ever spoken with! Creative well thought out questions! “

Meisha Tate has been part of the sports fraternity for more than ten years. She has been part of amazing matches and tournaments. According to celebritynetworth.net, she has an approximate net worth of $6 million.


The full name of Miesha Tate is Miesha Theresa Tate. The nationality of Miesha is American. Her current age is 34 years. She has an average height of 5 feet 6 inches with a complimentary weight of 61 kgs. Miesha belongs to the Native American ethnicity.