Who is Andy Dalton?

Andy Dalton is an American football player who is well-known for playing as the quarterback for the Dallas Cowboys in the National Football League (NFL), wears the number 14 jersey in the Dallas Cowboys. He is also the hero for his college football team as he led the team towards winning the Rose Bowl in the year 2011.

Andy Dalton is also one of the ten quarterbacks in the NFL’s history to complete 3000 yards of throwing. Moreover, he has made 204 touchdowns in his career with a total of 118 interceptions. 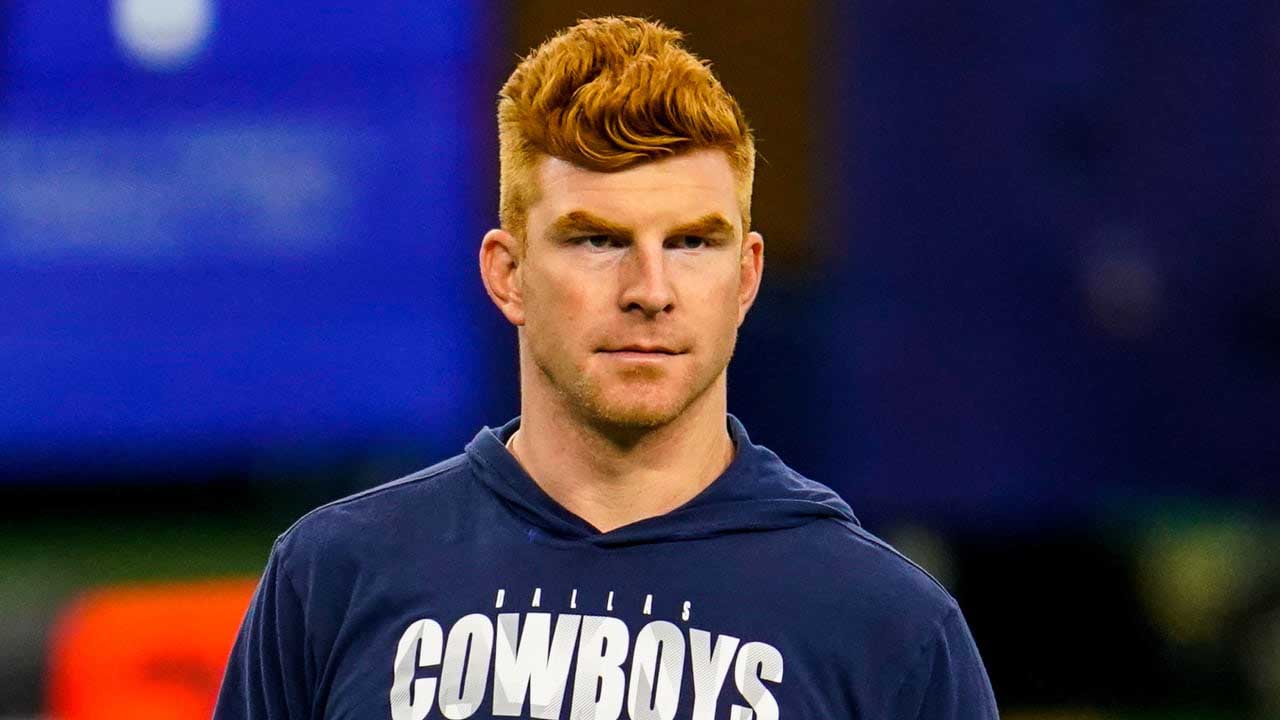 Andy Dalton’s full name is Andrew Gregory Dalton. On 29 October 1987 in Katy, Texas, he was born to his mother, Tina Denise Dalton, and his father, Gregory Jerome Dalton. He has an elder sister whose name is Ashley Dalton. Besides this, Andy Dalton is currently 33 years old with the zodiac sign of Scorpio.

Andy Dalton owns an American nationality, also a dedicated Christian. He belongs to white ethnicity and stands at the height of 6 feet and 2 inches (1.88m/188cms) tall and weighs around 100kgs (220lbs). Besides this, Andy Dalton has a pair of green eyes with brown hair color.

Andy Dalton attended the Katy High School situated in Katy, Texas. He was interested in football from a very young age and used to play for the Tigers football team. For further studies, Andy studied at Texas Christian University. He played for the TCU Horned Frogs during his college days and gained massive popularity when he led his team towards winning the Rose Bowl in the year 2011.

Andy Dalton dated and married the love of his life, Jordan Jones, on 9 July 2011. The couple has stayed married happily and got blessed with two sons. The elder son was born in 2014, and the younger son was born in the year 2017.

Andy Dalton Instagram account (@andydalton14) has over 221 thousand followers, and his Twitter account (@andydalton14) has over 236 thousand followers. He does not have an official Facebook page yet, but he has his website (www.andydalton.org), a website for the Andy and JJ Dalton Foundation. The foundation’s primary goal is to provide constant support and resources to underprivileged children and their families. 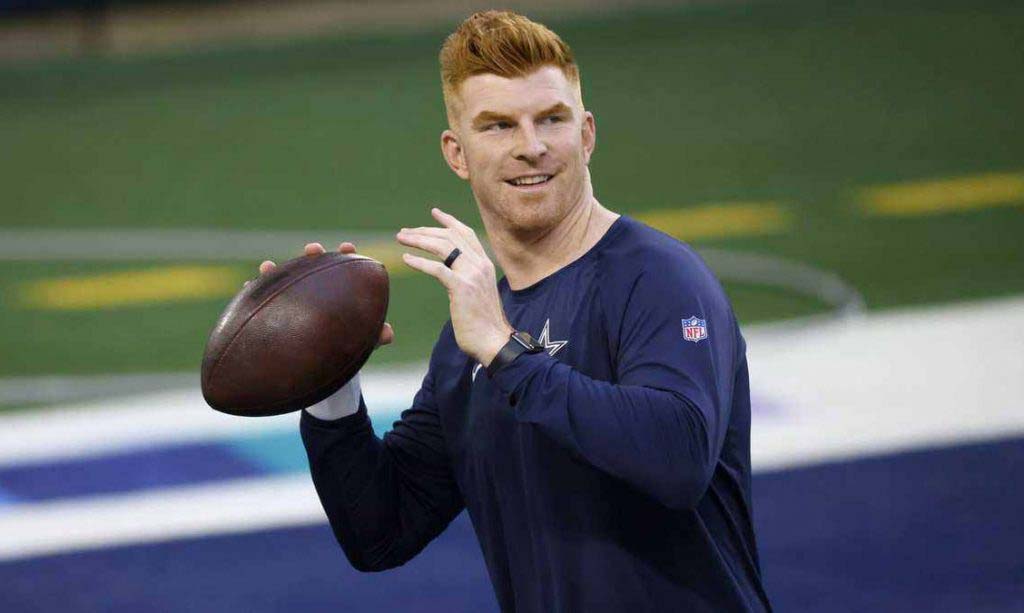 Andy played for the Tigers football team during his high-school days. He was impressive on the pitch and started as a quarterback for the school team. Andy led his team to the state finals but was unfortunately defeated by the Southlake Carroll with the final score being 34-20. Later, he went on to be named by the Houston Chronicle as the Greater Houston Area offensive player of the year when he made 42 touchdowns with 15 interceptions.

Andy Dalton played for four years at the Texas Christian University, and in the year 2007, he appeared as a freshman and made 371 pass attempts with 222 successful passes. He made ten touchdowns with 11 interceptions that year. 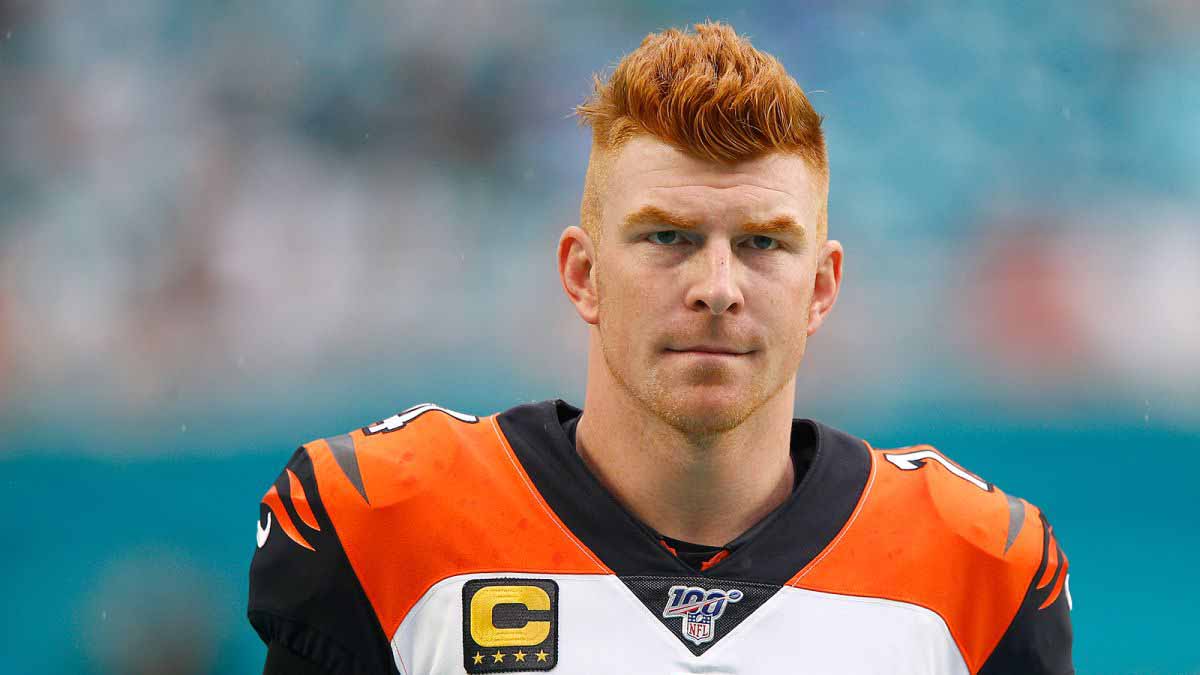 Andy Dalton transferred from the Cincinnati Bengals to the Dallas Cowboys on 2 May 2020. His first match with the Cowboys was a 38-10 loss against the Arizona Cardinals in which he managed to score one touchdown with two interceptions.

Andy Dalton has earned himself a lot of name and fame in the world of football and certainly a lot of money and fortune along the way. As of 2020, Andy Dalton has an approximate net worth of $25 million.