Thomas Tuchel is one of those players who could not follow his passion due to physical circumstances. His knee injury compiled him to stop playing football at a tender age. This injury prevented his journey as a football player but opened the doors to start coaching.

People have to face challenges in every moment of life. The challenges might be the internal factors or the factors in the environment. Some elements are so much powerful that it shatters the dream of the people.

Likewise, sports is also one of the significant parts of our society that creates challenges. The challenges might be both physical and psychic. A player has to undergo a lot of pressure and challenges both and off the field. It’s the passion of the player that works as an antidote in this situation. But sometimes, the treatments are not sufficient to carry on the journey ahead. 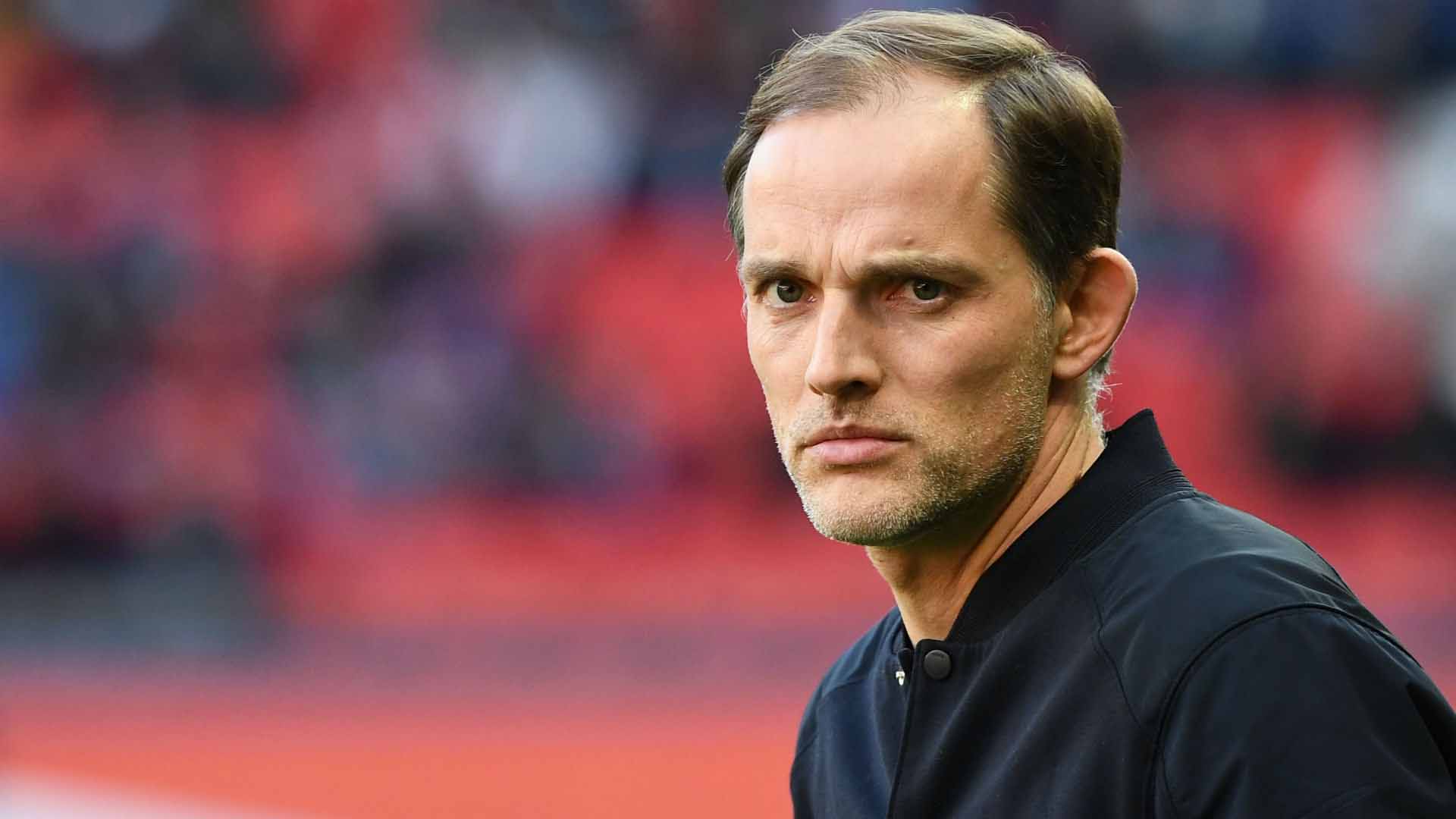 The birthplace of Thomas Tuchel is Krumbach, West Germany. He came into the world on 29th August 1973. His mother’s name is Gabriele Tuchel. She was a housekeeper. Thomas’s father’s name is Rudolf Tuchel. He was a retired coach. His father’s passion, love, and experience became a source of inspiration to start playing football.

Thomas started playing in the team “TSV Krumbach” in 1979. His dad was always holding his back. Thomas started as a midfielder during the beginning of his training. This time played an essential role in sharp his football skills.

Thomas Tuchel grew up with the values and importance of education in life. He went to “Krumbach Elementary School.” Thomas Tuchel used to write a poem when he was around nine years old. During the same time, he dreamt of becoming a “Rescue Helicopter Pilot” and play football.

He went to “Krumbach High School.” One of his team’s most memorable victories during the high school days is the “Grandiose Triumph” in 1987. The match was in the “Berlin Olympic Stadium.” Thomas Tuchel also joined the BBA program and worked as a waiter at the same time.

Thomas joined the “FC Augsburg Academy” in 1988. He was performing well ever since his enrollment in the club. But slowly, things started getting out of Thomas’s hand.

Usually, the age of nineteen of any sportsperson is essential. After this age, players start their senior careers. But it became the opposite in the case of Thomas. He also was not selected for the first team, and he had to leave the club in his 19. It was a heartbreaking incident time. The release from the club didn’t let Thomas Tuchel lose hope. 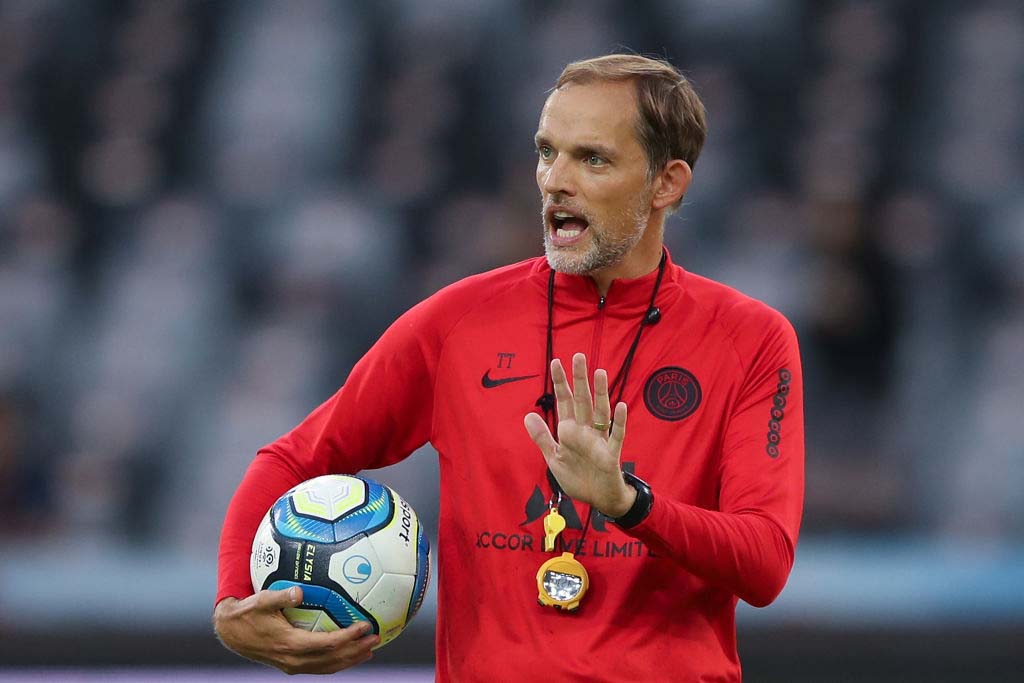 He got determined about making his football career. Thomas then joined another football club in Germany, “Stuttgarter Kickers.” But his performance wasn’t satisfactory for Thomas. The season 1993-94 was not a good one. This season made the club to release Thomas Tuchel, taking failures as a journey towards success.

Thomas then joined the “SSV Ulm” club. He started improving in the games and show his skills. Thomas was improving in those four years. Then, he had to face one of the toughest challenges of his life. He suffered from a cartilage injury. This incident stopped Thomas Tuchel from continuing his football career at the age of twenty-five. He only played the professional game for five years.

Likewise, Thomas started coaching in 2000. He started coaching the youth club “VfB Stuttgart.” “Holger Badstuber” and “Mario Gomez” are the most outstanding example of his coaching skills. These skills even impressed the “Augsburg” and helped him become the club’s youth co-ordinator in 2005. He was in the same profession for three years. Then he got the opportunity to become the “Augsburg II” head coach during the 2007-2008 season. His coaching skills and the progression of the club helped him gain other opportunities.

Moreover, Thomas joined the “Mainz 05” club in 2009. Thomas Tuchel became the youth coach in the first year and signed a two-year contract with the club. Thomas had to face problems in the initial days. The team players were less technically sound. They worked to improve the tactics of the players and the team’s formation to enhance the game. The club moved to the ninth position during the season.

The following season was also a good one. The team won the first seven games. The team succeeded in qualifying for the third-qualify round in the “2011-2012 UEFA Europa League.” He left the club on May 11, 2014. Thomas Tuchel succeeded in finishing the club’s career with 64 losses, 62 wins, and 46 draws in 182 games.

Then, Thomas joined the “Borussia Dortmund” club on 19th April 2015. The players were in the firm, and the team’s financial condition was healthy compared to the first one. This situation helped him in the smooth management of the club. He helped the team to improve its position. The club fired him on May 30, 2017. His record was 17 loses, 68 victories, and 28 draws in 108 matches when leaving the club.

Thomas confirmed a commitment of two years with “Paris Saint-German” in May 2018. He succeeded in taking the team to the top position in the “UEFA Champions League.” It was after the team defeated the “Red Star Belgrade” on December 12, 2018. With time, he has successfully led the team to many wins and is actively into it. 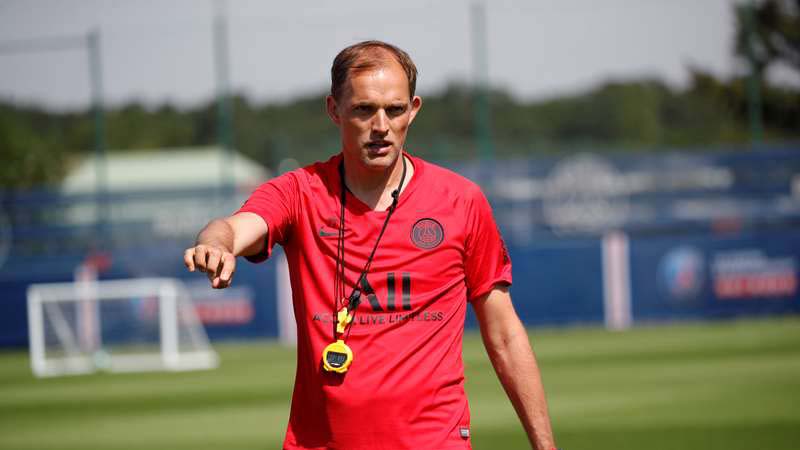 Thomas married Sissi in May 2009. Sissi gave birth to two baby girls, Kima and Emma. Emma is eldest than Kima by one year. The couple keeps their personal life to themselves.

Thomas Tuchel is not very much active on social media platforms. He is only available on Twitter with the name of “Thomas Tuchel” with 80.2K followers. If you search his name on Instagram and Twitter, you will encounter a few unverified accounts and fan pages.

Thomas has been in the coaching organization for around twenty years. He has successfully coached more than five clubs. Thomas is progressing with his coaching skills. According to sportekz.com, he has an approximate net worth of $10.5 million.