Joshua was born on 15th October of 1989 in a town called Watford of Hertfordshire county in England. Thus, his nationality is British. He was born to Robert Joshua and Yeta Joshua with the given birth name Anthony Oluwafemi Olaseni Joshua. His father is from Nigerian-Irish descent, and his mother is Nigerian.

Although he was born in England, he spent most of his childhood in Nigeria in West Africa but soon flew back to the UK. At the age of 12, Anthony Joshua’s parents got divorced, and he attended the Kings Langley Secondary School located in Hertfordshire.

During high school, Joshua was an athletic student; he used to play football and participate in other athletic activities. Joshua has a cousin named Ben Ileyemi, who is also a professional boxer and who also guided him to a boxing career. 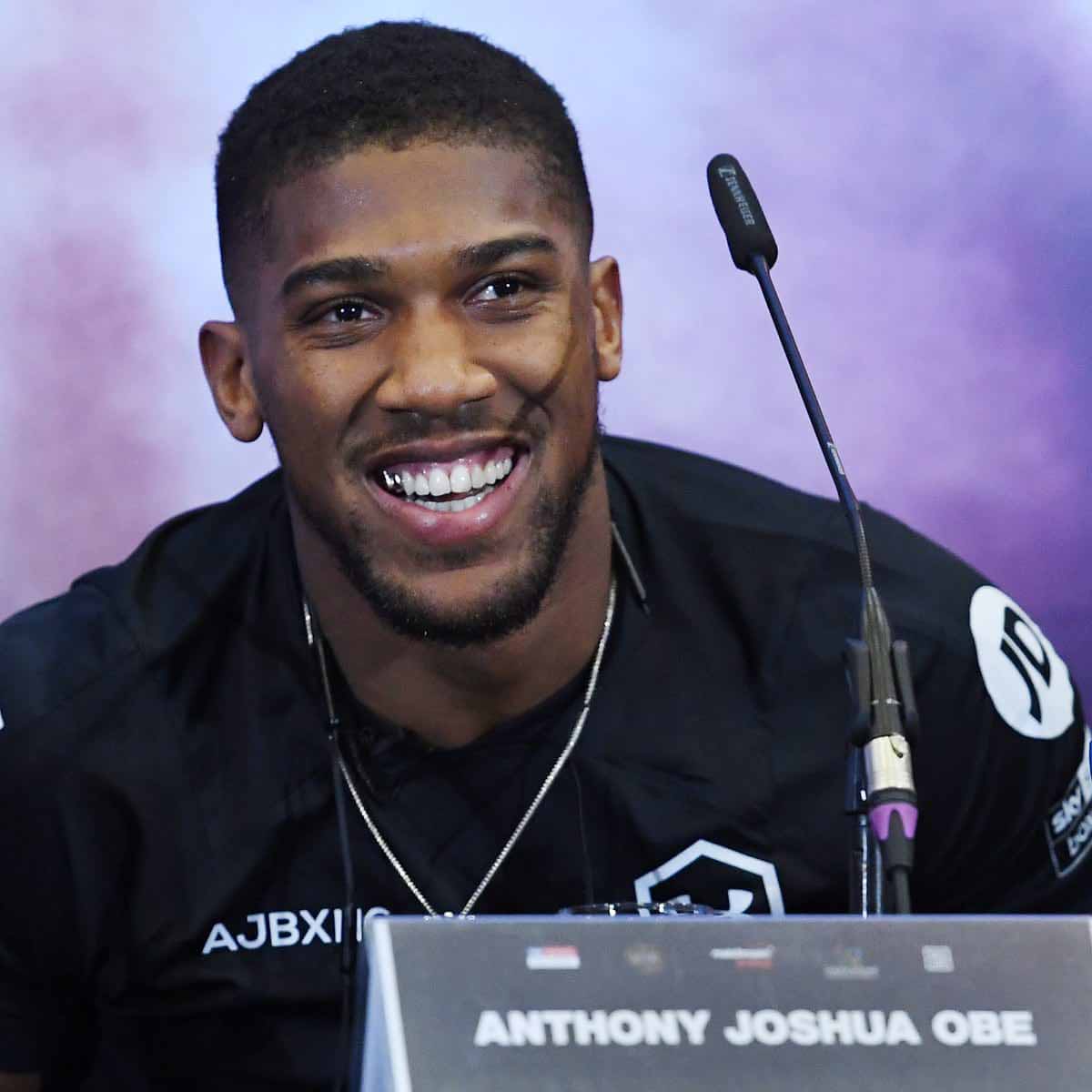 Anthony Joshua started his boxing career when he was 18 years old. As a starter, Joshua performed well, winning Haringey Box Cup in 2009 and 2010 and ABA Championship in 2010. More than focusing on money, Anthony Joshua wanted medals and honors; thus, he went on various championship-winning each of them one by one. Joshua was named Amateur Boxer of the Year after defeating Eric Berechlin and Amin Isa in the 2011 European Championships. He set the 40-3 record in the amateur period.

Joshua also competed in the 2011 World Championship, where he defeated Roberto Cammarelle, an Italian boxer and was former Olympic champion. Anthony Joshua also faced quite a strong opponent during the 2012 London Olympics. Eventually, he defeated the opponent Zhang Zhilei, the 2008 Beijing Olympics, and made it to the final. In the final, Joshua successfully defeated the previous champion Roberto Cammarelle in the third round.

After winning the Olympics championships, In 2013, Anthony Joshua got honored with a Member of the Order of the British Empire (MBE).

Joshua was declared as the professional boxer in 2013 by a promotion company named Matchroom Sport. After being announced as a professional fighter, he fought his first professional match against Yoandris Salinas. Anthony Joshua defeated him by technical knockout, and in the following game against Paul Butlin, Anthony again defeated him by TKO. In the following games, he won straight victories against Croatian, Terence Crawford, Hector Alfredo. He was undefeated for the remaining eight games. Anthony Joshua received his 9th victory against Dennis Bakhtov at O2 Arena and defeated Kevin Johnson in his final match before retirement. 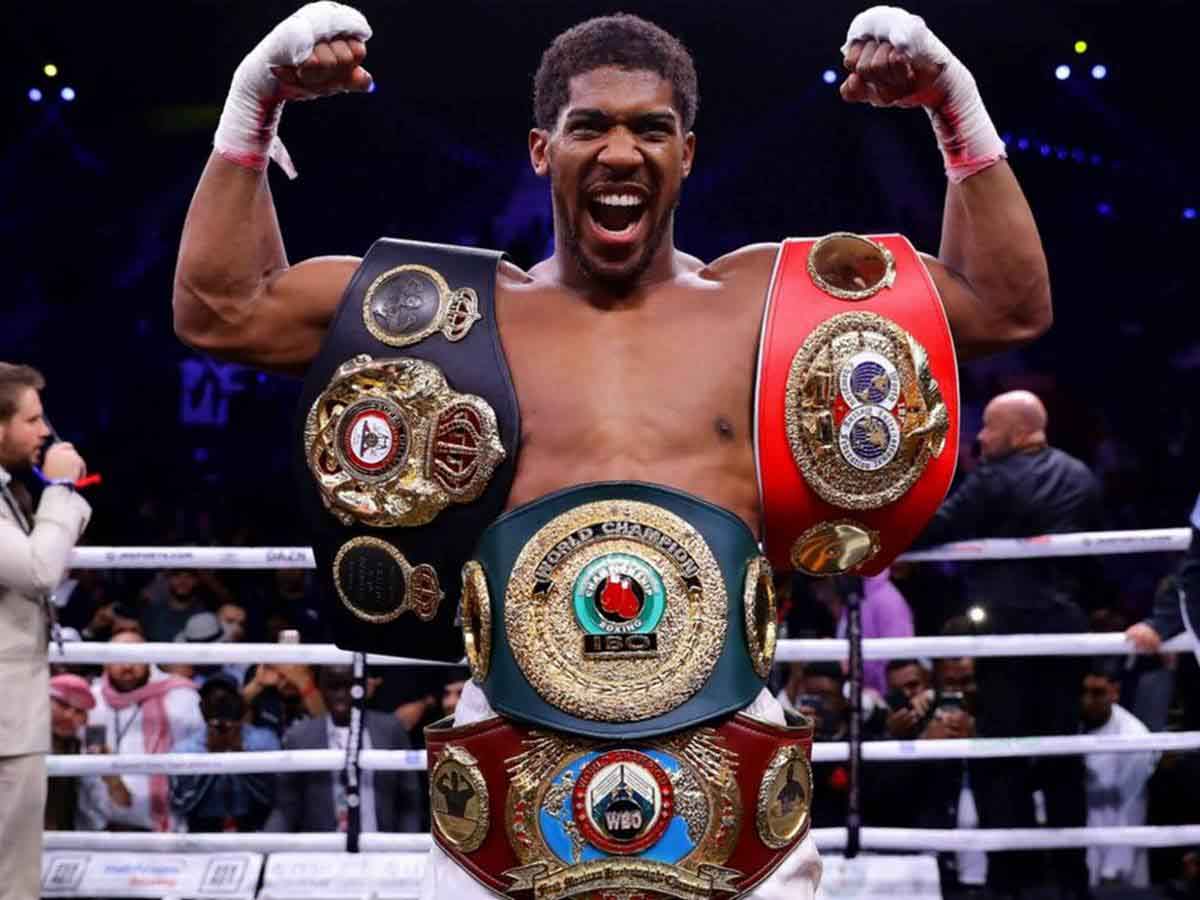 In 2015, Commonwealth heavyweight championship, he defeated Gary Cornish by KO. Later he defeated another undefeated champion, Dillian Whyte, at the end of 2015 for which he earned 3 million dollars.

In 2016 IBF heavyweight champion Charles Martin, Joshua defeated Vyacheslav Glazkov, a Ukrainian professional boxer, and won his first world champion title. Later Joshua defeated another undefeated champion, Breazeale, by knockout in the seventh round and secured his title. He defended his title once again against Eric Molina.

In 2016, Joshua went onto win another title called WBA (Super). For the first time, over 80,000 tickets for the match got sold out to watch the game of Joshua and Klitschko. Joshua won the game after a tough fight and defeating him with 355 punches.

In August of 2017, it was on the news that Anthony Joshua would fight against Bulgarian boxer Kubrat Pulev at the end of the year. There were many highest bid of around 1.3 million dollars for the fight. The whole audience was eager to see the war, but unfortunately, Pulev suffered from an injury, and the opponent was Carlos Takam. Joshua defeated Takam that year, and in the following match, he defeated Parker landing 139 punches with 346 thousand viewers watching the show. Joshua again had the victorious fight against Povetkin in 2018.

During the match against Ruiz Jr., Joshua had his first defeat even after a draw leading of 57-56. He lost all the previous titles to Ruiz in 2019, and the match was considered the most upset game in boxing history.

Currently, Josua hasn’t been dating anyone neither married, but he is the single father of Joseph Bayley Temiloluwa Prince Joshua, who was born in 2015. He is the son of Joshua’s former girlfriend, Nicole Osbourne, who is a dance teacher and also a pole dancer. He has also dated supermodel Bella Hadid in the year 2017. Joshua is active on Instagram, Twitter, and Facebook. 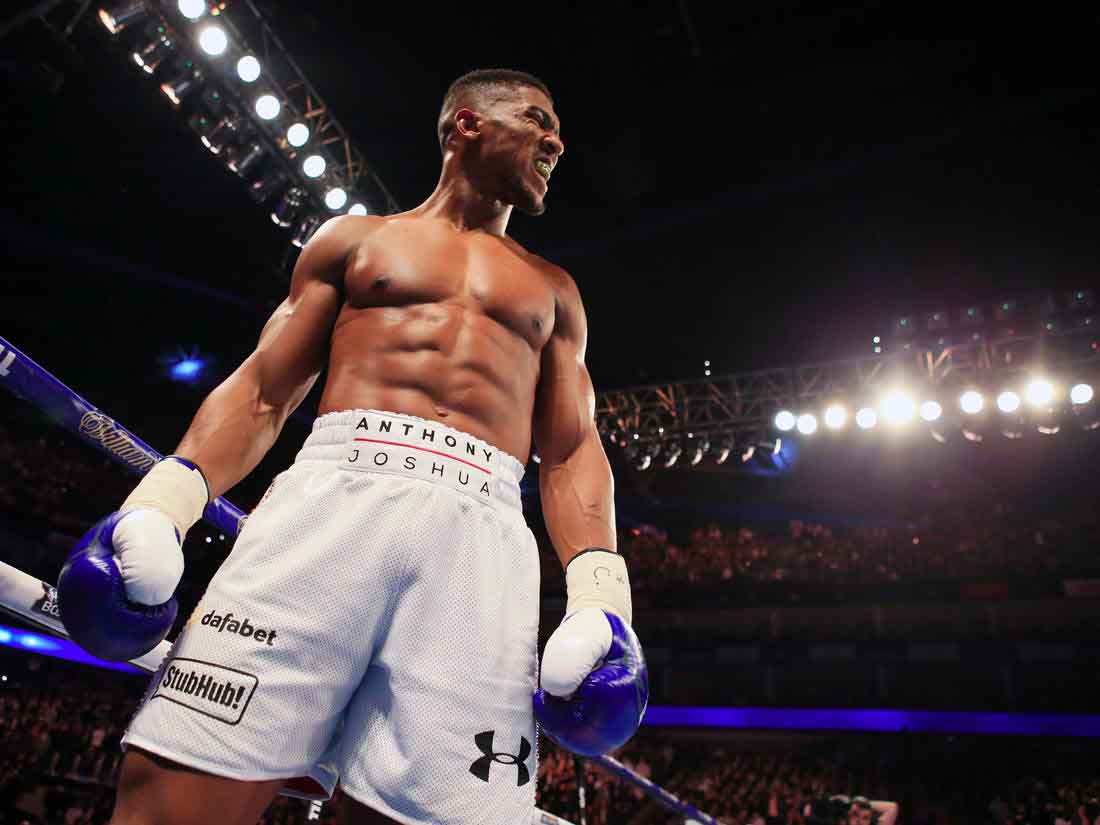 Other than boxing, Joshua loves playing chess because of it’s tactical play. Anthony Joshua is in jail a few times. He was always into a fight and also got caught for marijuana consumption and other drugs.

Joshua possesses a vast and attractive body with a height of 6 feet and 6 inches and a bodyweight of 113 kg. Joshua is an athlete; thus, he spent most of his time working out on his muscular body. Anthony has a chest size of 47 inches and a waist size of 36 inches. He has 17 inches wide biceps and thigh of 27 inches, and neck size is 16 inches.

Joshua is recognized to be one of the richest boxers in the era. He comes at the No.6 position in the top 50, having a net worth of around 80 million dollars.