Antonio Brown is one of those real gems in football, who faced many hurdles and challenges before establishing his name. There are many pains and sorrows hidden inside Antonio Brown behind the happy and jolly face. He has faced a lot of critical heart-wrenching situations since his childhood.

Many people fail to learn this lesson late in life. These create problems in becoming happy in their life. The feeling of healthy competition between the people is palpable. Whereas, if it crosses the limit, it may be contagious for inner peace—similarly, the people who have to undergo several struggling days and phases to establish their name. Everyone goes with loads of ups and downs to become someone from no one. 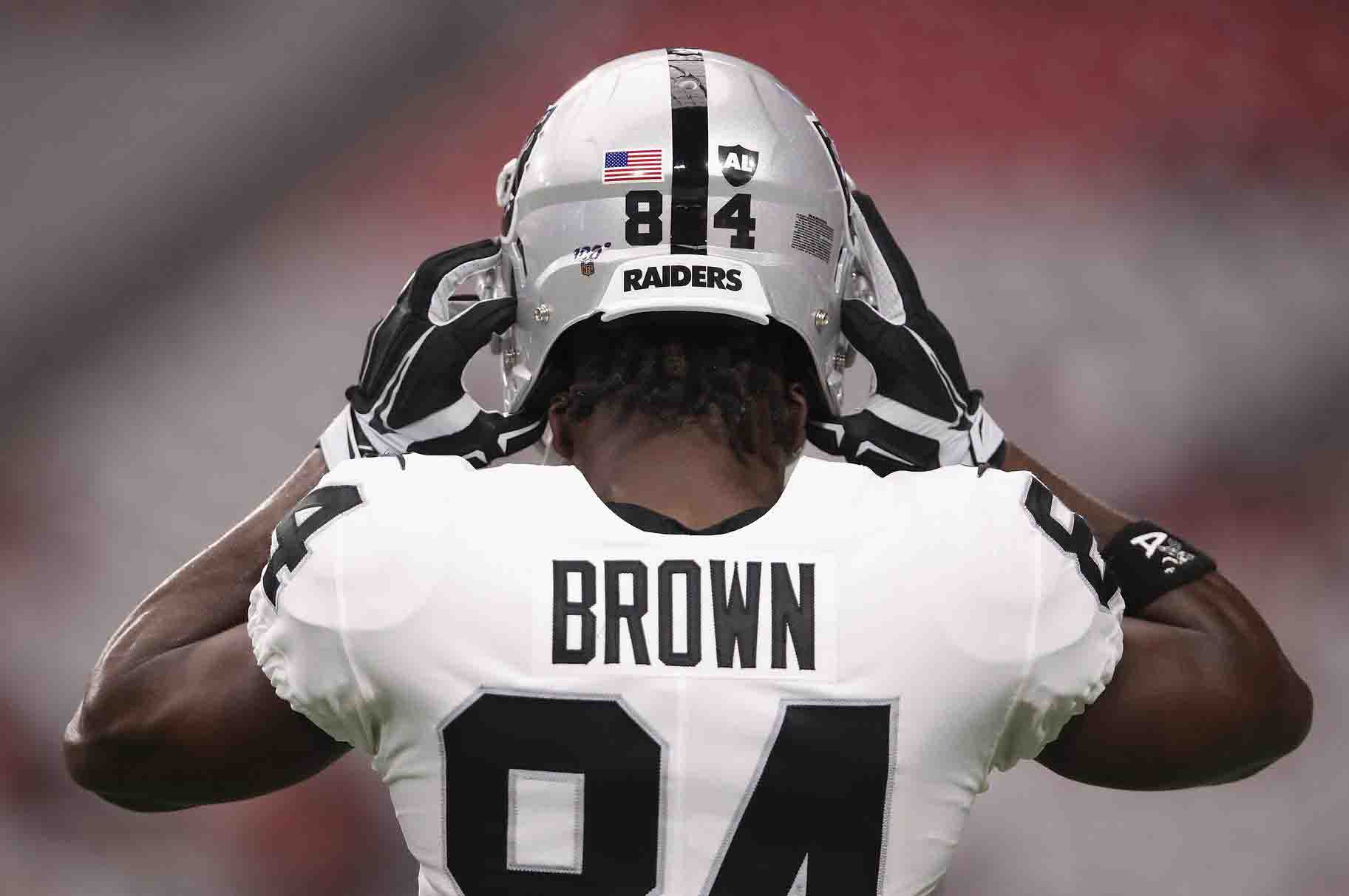 The birthplace of Antonio is Miami, Florida. He came into the world on 10th July 1988. Antonio’s father’s name is Eddie Brown. His father is now a retired football professional in the “Arena Football League.” His father used to play for “Albany/Indiana Firebirds.” He has also held the title of “League’s Greatest Player” ever. His mother’s name is Adrianne Moss. Antonio Brown arose from early childhood with his elder brother “Desmond Brown,” a pro soccer player representing the “Pittsburgh Panthers.”

Antonio’s father started playing for the “Albany/Indiana Firebirds” in the mid-1990s. After this, Antonio Brown’s parents separated. His mother married again when he was 12 years old. But the marriage didn’t become wonderful for Antonio. Matters do not go as expected between Antonio and his step-father. His step-father kicked him out of the house when he was sixteen years old. These challenged him for shelter. Antonio Brown had to live in the car, cheap motels, and a friend’s house for the night. This problem persisted for six months.

Antonio did studies in “Miami Norland High School” in Miami, Florida, and even won the title of “North Athlete of the Year” in ” Miami-Dade Gridiron Classic” in 2005. His problems created many issues in his academic life, and he missed his entry into the “Florida State University.”

Then, Antonio took prep classes at “North Carolina Tech” in 2006 for a year. Moreover, after his one year at “North Carolina Tech,” he received a scholarship for “Florida International University.” Despite the scholarship, he got expelled for involving in a dispute. It was his fortune and love for sports that made him get another opportunity. Zach Azzanni called him to offer him a place at “Central Michigan University.”

Antonio won “Mid-American Conference Freshman of the Year” during his new year. He had played for fourteen matches and succeeded in scoring a “Season-High Two” touchdown receptions. Antonio progressed to earn 93 receptions in 998 yards. He also secured seven scores in that season. Similarly, Antonio Brown won a “season-high two touchdowns.” In his junior year. Antonio also had “13 receptions” for 178 yards during the same time. He even won the records for the “Best Single-Season” of 110 receptions for 1,198 receiving yards and nine touchdowns. 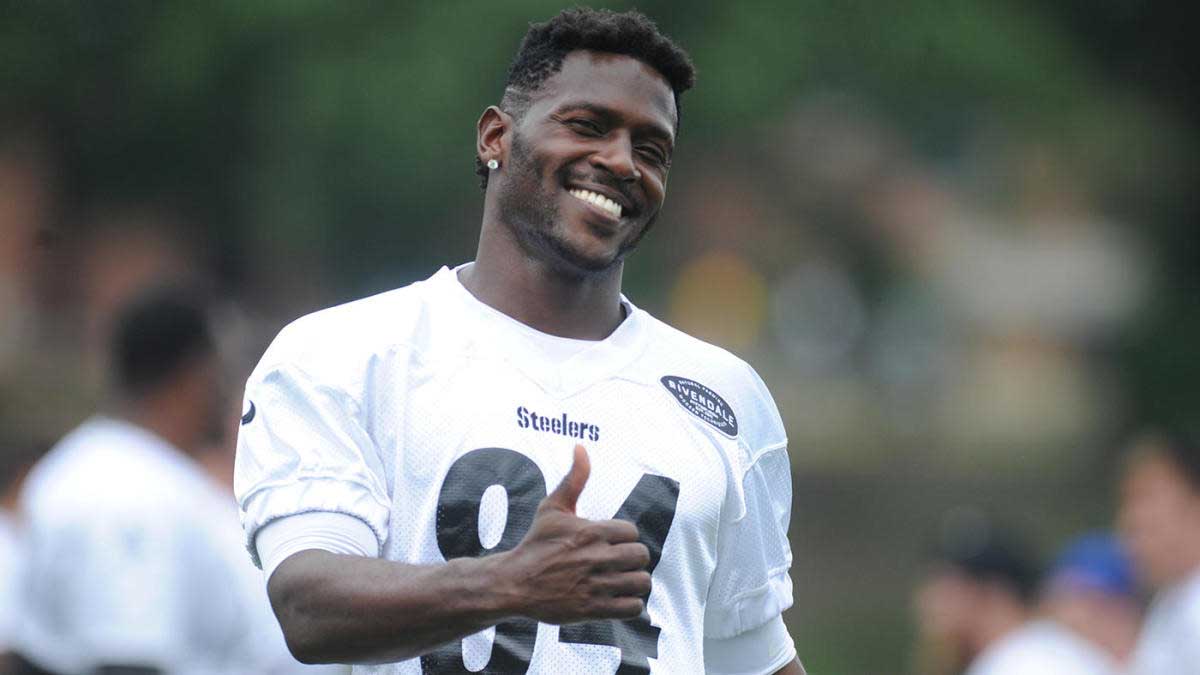 Antonio left the college without completing his senior level to participate in the “NFL Draft” in 2010. “Pittsburgh Steelers” conforms Antonio Brown as a second wide receiver. Among the selection of the double-wide receivers, he got the 22nd ranking.

Likewise, Antonio became part of the 2010 season. He played the match against “Tennessee Titans” for the first time. His team succeeded in winning the title of “AFC North.” These opened the door for the team to complete the “Super Bowl.” In both of the matches, Antonio played an important role. Despite the team effort, the team failed to win their first “Super Bowl” tournament against “Green Bay Packers” in February 2011.

The season 2011 appeared an excellent start for him. Antonio Brown succeeded in becoming a third wide receiver winning his position in the selection. Arnaz Battle, Limas Sweed, Jericho Cotchery, and Emmanuel Sanders were competing for the post. He played 16 games in that season with 69 receptions in 1,108 yards.

Likewise, the 2012 season came up with a lot of challenges. He had to pay a fine of $10000 for showing lousy sportsmanship. It was for confusing the match against “Washington Redskins.” The same year, Antonio Brown even suffered from an ankle sprain. These made him lost the chance to participate in the three matches. He only received 66 receptions in 787 yards with five touchdowns. The achievements were for a total of 13 games and a total of ten stars.

Similarly, after many ups and downs, he succeeded in entering “NFL’s 200 All-Time Receiving Yards” in 2015. His whole career was of 5,587 yards. In this season, Antonio Brown grew in surpassing his record. He held the records of 1,384 yards along with ten touchdowns. Antonio even had the record for most receptions. This record was for a three-year and two-year span, which succeeded him to become part of the “NFL top 100 all-time” for career receptions. He even became part of the “Top 100”  for career receiving yards.

Moreover, he became part of the “Steelers” in 2017. He bounded himself with five years contract with the team. Antonio completed the season with a high note of 1,533 yards. Antonio Brown joined “New England Patriots” with a one year contract of $15 million on 7th September 2019. He even received $9 million as a signing amount.

Antonio became a father before getting married. He has a total of five children. His daughter Antanyiah and son Antonio Brown Jr. are the symbols of the love of his previous partner. He dated Chelsie Kyriss in 2011. The couple has three children, viz. Ali, Apollo, and Autonomy.

Likewise, Antonio was with Jenna Frumes at the beginning of 2017. She is a model. The dating rumors spread across rapidly. Then, he left Jenna to be with his partner Chelsie. 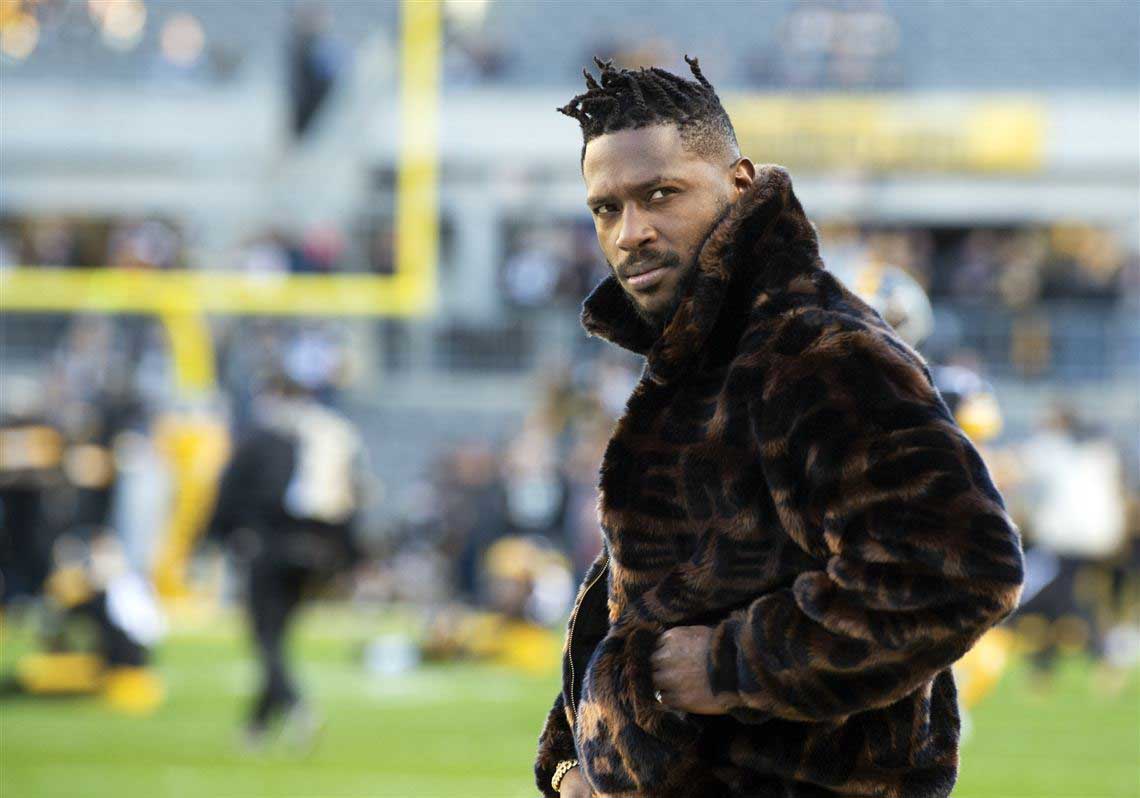 Antonio is not engaged in various social media. Although if you search his name on Facebook, Twitter, and Instagram, you will encounter a few underside accounts and pages.

According to celebritynetworth.net, he has an approximate net worth of $20 million.

The full name of Antonio is Antonio Tavaris Brown Sr. His current age is 32. He belongs to African-American and African-Bahamian. He is a regular guy with a height of 5 feet 10 inches with a complimentary 84 kgs weight.