Who is Bradley Beal?

Bradley Beal is a professional Basketball player from America. He represents the team “Washington Wizards.” The team selected him during the “2012 NBA Draft.”Bradley has also represented the “Florida Gator” during his college time. He also succeeded to enter the “2013 NBA All-Rookie First Team.” He has also won the “NBA All-Star” two times.


The birthplace of Bradley Beal is St. Louis, Missouri. He came into the world on 28th June 1993. His father’s name is Bobby. His mother’s name is Besta Beal. He grew up with his four brothers. Bruce, Byron, Bryon, and Brandon are his brothers. All of them have been part of the college football team. His brother Bruce used to play from the position of the “Offensive Lineman” for the team “Alabama State.” Bryon was “offensive lineman” and Byron in “Defensive linemen” position for the team of “Lindenwood University.” 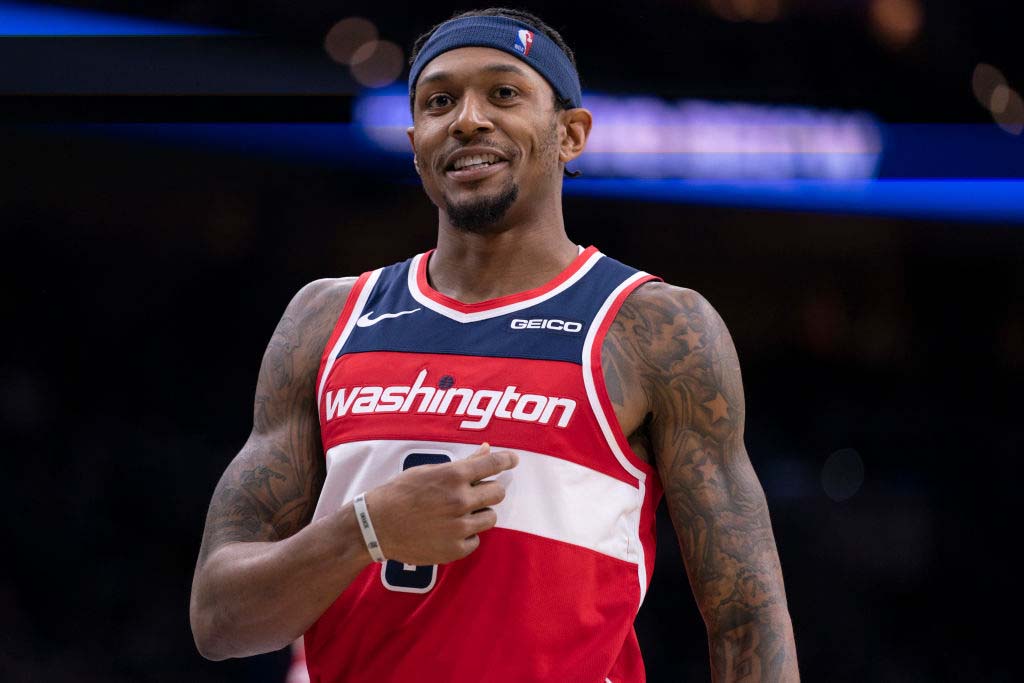 
Bradley Beal attended the “University of Florida” after receiving a scholarship on 30th November 2009. He got the opportunity to get training from the coach Billy Donovan in “the 2011-12 season.” Bradley succeeded to earn 14 points in his first game. He also received “SEC freshman of the Week” on 28th November 2011. His average point in the week was 1805 points along with assists of two, steals of 1.5, and rebounds of seven.

Bradley Beal was also part of the team for the victorious matches against “Jacksonville” and “Wright State.” He also won “Additional SEC Freshman of the Week” five times. Bradley also entered the “SEC All-Freshman Team.” He even succeeded to enter the “first-team All-SEC.” His average point was 14.8 points by the end of the 2011 season.  Bradley also played a vital role in order to reach the “Elite Eight” during the “NCAA Tournament.”

The professional career of Bradley Beal started after he joined the team “Washington Wizards” during the “2012 NBA Draft.” He also became the “Eastern Conference Rookie of the Month” in December 2012. He received the award again in January 2013. He succeeded to attain a “career-high” of 24 points and earned a “three-pointer” on 4th January 2013. It was the match against “Brooklyn nets.” His team lost the match. 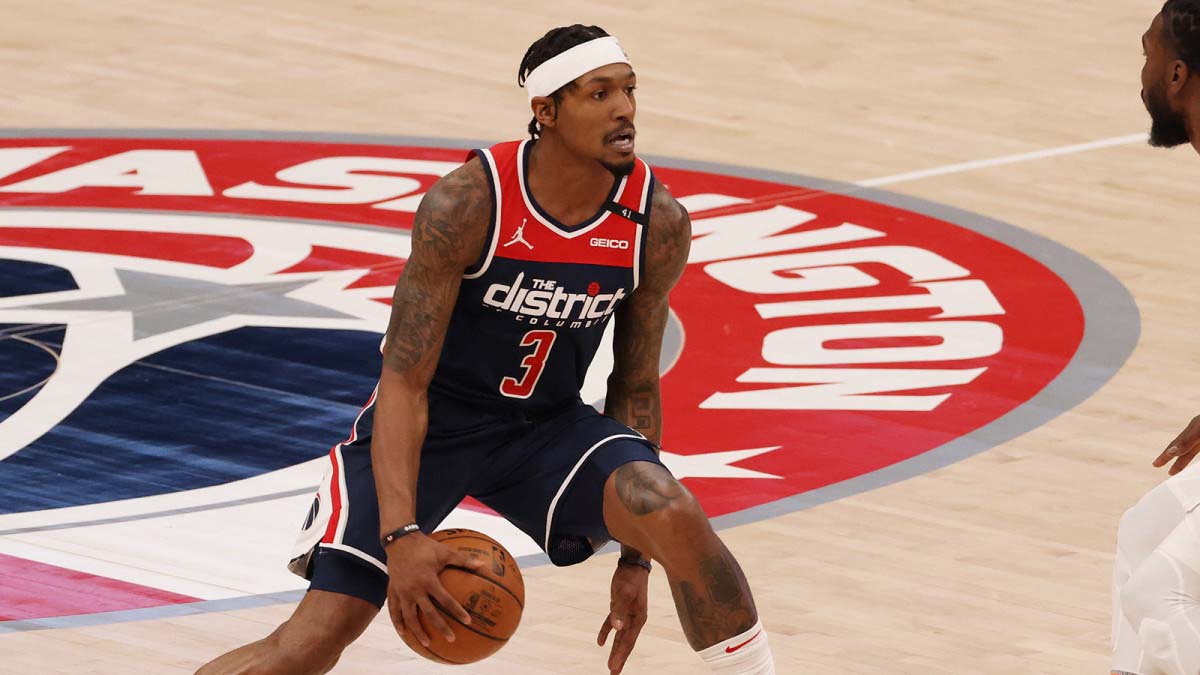 Bradley Beal succeeded to earn a career-best of “three-pointers” six times during a match against “Sacramento Kings.” This opened his door to becoming part of the “Rising Stars Competition.” It was during the “2013 All-Star Weekend.” Bradley missed the remaining matches of the “2012-2013 season” due to his injury to the right leg. He succeeded to become the “NBA All-Rookie First Team” by the end of the season. Bradley had been part of the 56 games in the season.

Moreover, Bradley Beal succeeded to increase his career-high points by scoring “34 points” on 10th November 2013. It was the match against the team “Oklahoma City Thunder.” He also succeeded to attain a career-high score of 37 during the match against “Memphis Grizzles.” Bradley became the runner-up for the “Three-Point Shootout” during the “2014 NBA All-Star Weekend.” He was the “youngest participant” during that time. His team reached the second round of the “eastern Conference Playoffs” after defeating the “Bulls” in the first round on 29th April 2014.

Bradley Beal suffered from a “non-displaced fracture” of the “scaphoid bone” in the left wrist. This was detected after his MRI on 11th October 2014. Bradley had to undergo surgery the cure the problem. He missed the first nine games of the season. Bradley made his comeback against the team “Dallas Mavericks” on 19th November. He again suffered from a “Big Toe” injury in the right leg on 5th February.  This created stress in his right fibula. This kept him away from the eight matches. He made his comeback against the team “Detroit” on 28Th February. Bradley succeeded to score eight points during the match.

Likewise, Bradley Beal scored a “game-high” point of 25 on 4th November 2015. It was the match against the team “San Antonio Spurs.” He completed the “2015-2016 season” with a “career-high” of 17.4 points per game. He succeeded to score 31 points against the team “Sacramento Kings” on 28th November. Bradley also won scored 20 points in the match against “Charlotte Hornets” on 14th December 2016. 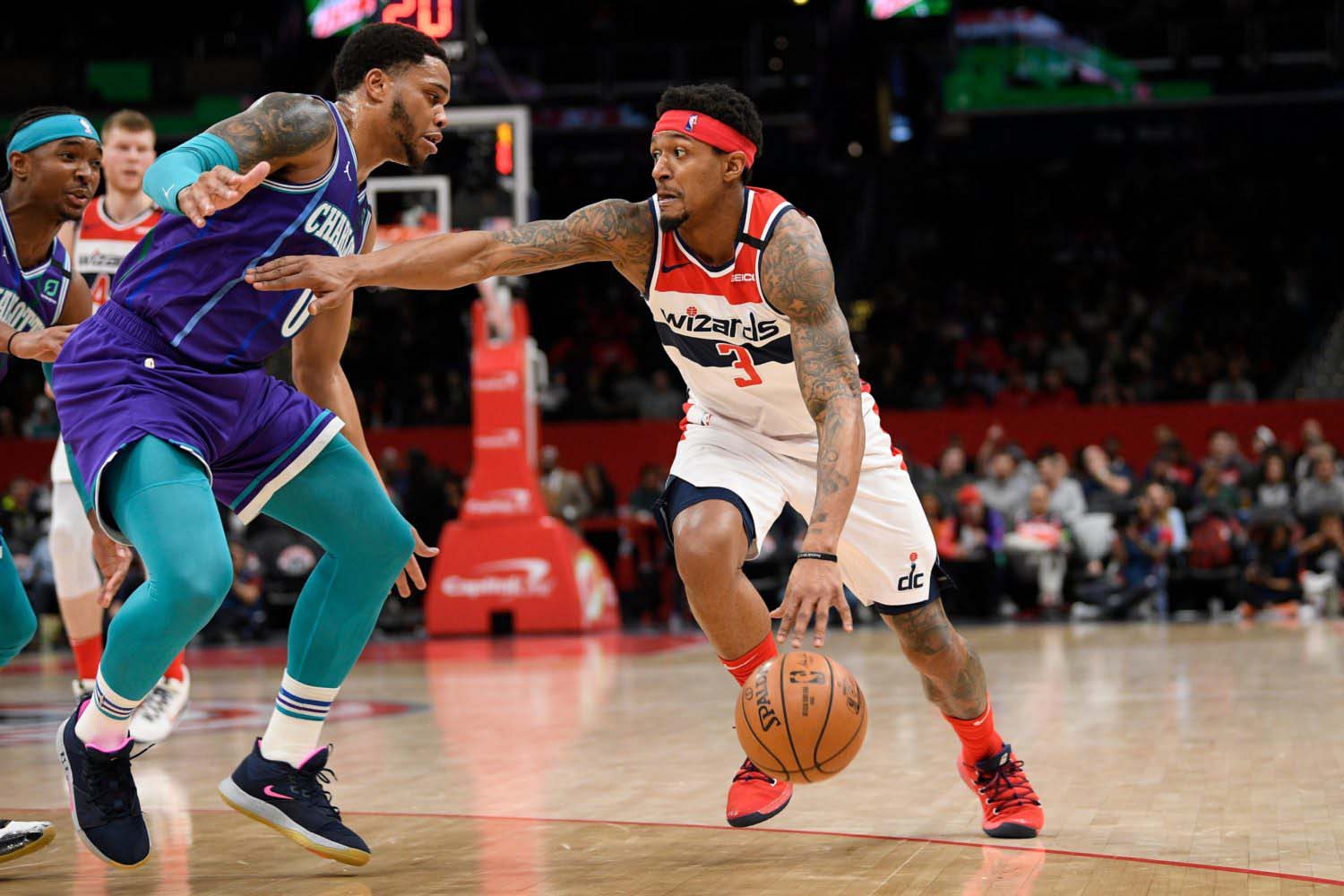 Bradley Beal tied knots with Kamiah Adams. The couple started dating in 2015. They are blessed with two sons.

Net Worth and Salary

Bradley Beal has been part of the sports fraternity for more than eight years. He has shown a lot of contributions to making his team progress a lot. According to celebritynetworth.net, he has an approximate net worth of $40 million. He still has a long way to go.


The full name of Bradley is Bradley Emmanuel Beal. His current age is 27 years. The nationality of Bradley is American. He has an attractive height of 6 feet 3 inches along with a complimentary weight of 94 kgs. Bradley belongs to the black ethnicity.