Bram N. Weinstein is a professional sportscaster who has formerly worked for ESPN and hosted SportsCenter, a daily sports news television show. Bram was the president of the Sigma Alpha Mu chapter at American University.

Bram Weinstein was born on the 22nd of January, 1973 in Silver Spring, Maryland, United States of America (USA). No information about Bram’s parents, formative years, or family members is known at the moment. Bram Weinstein holds American nationality and belongs to the White ethnic community. Weinstein was brought up in a Jewish household.

Bram Weinstein attended and graduated from Springbrook High School in Silver Spring, Maryland. He went on to American University in Washington, D.C., where he was a member of the Sigma Alpha Mu fraternity. In 1995, he graduated with a B.A. in Broadcast Journalism from the School of Communications. Bram was the president of the Sigma Alpha Mu chapter at American University.

You may want to check out Mike Wilbon

Weinstein has kept his personal life private, disclosing only a few details about his life to the public. He is a father of two children and is married. He married in such a discreet manner that only a few of his closest relatives are aware of the occasion. He currently resides in Connecticut with his wife and children, according to some accounts.

From 2006 to 2008, Weinstein worked as a host and reporter for Redskin Radio in Washington, D.C. He was the sideline reporter for radio game broadcasts and co-hosted multiple shows with play-by-play announcer Larry Michael, including Redskins Lunch and Redskins Radio.

He has his own sports talk show, “The Bram Weinstein Show,” which he hosts. He worked as a sports reporter for Washington, D.C.’s WTEM-AM. From 1996 to 1998, Bram served as a reporter and weekend anchor for KHAS-TV in Hasting, Nebraska. In 2002, he was named Best Sports Reporter in Washington, D.C., for his work on Sports Talk 980.

You may want to check out Kristine Leahy

Bram Weinstein has joined ESPN as a top anchor. Throughout his career, he has made valuable contributions to numerous fields of journalism. His show, “The Bram Weinstein Show,” has a better chance of becoming more successful because it can be viewed from anywhere in the world, and it is virtually available via the ESPN 980 App for iPhone and Android. 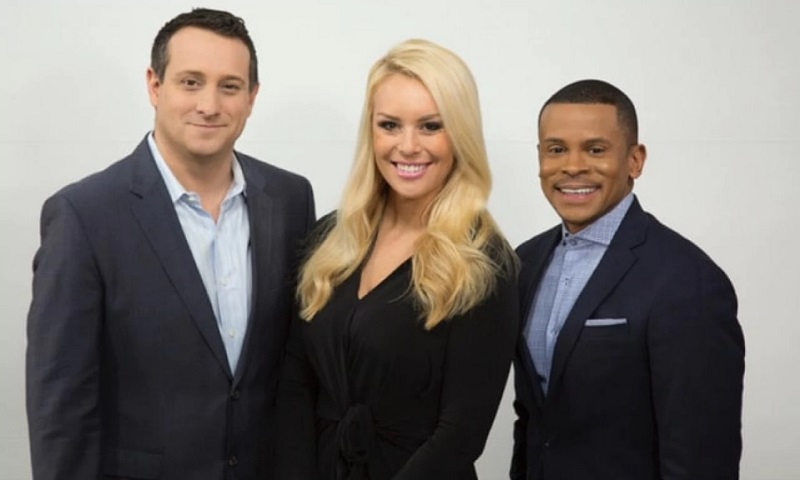 You may want to check out Shannon Spake

Since his graduation from college, the well-known sportscaster has worked in the profession. Bram has also worked for ESPN, KHAS-TV, and other networks. Weinstein’s financial wealth is still being scrutinized, despite the fact that he has spent his whole life perfecting his skills as a sportscaster.

Bram, on the other hand, isn’t the sort to reveal all of his secrets to the world. This contains his personal details as well as his earnings. As a result, his revenues and earnings as a broadcaster are unknown.