Carson Wentz is a professional American football quarterback who currently plays in the NFL for the Philadelphia Eagles, the second overall best in the 2016 Draft.

Carson Wentz’s full name is Carson James Wentz. He was born to parents Dough Wentz and Cathy Domres on December 30 of 1992, in Raleigh, which lies in North Carolina, USA. He moved to North Dakota with his family when he was three years of age. 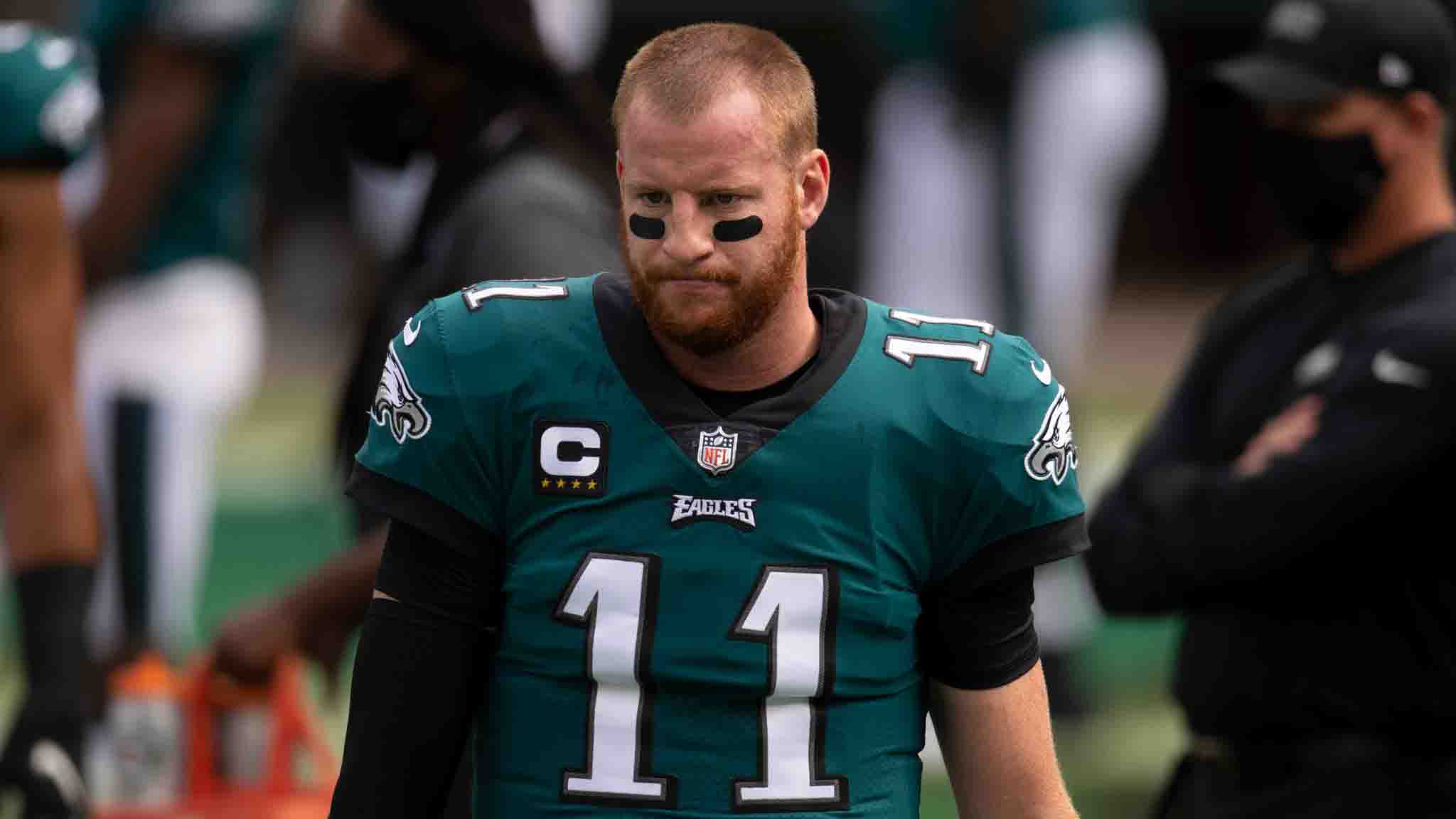 He completed his high school education at Century High school. While there, he played football, basketball, and baseball for the school team. He played as a quarterback/defense back. He graduated as a valedictorian in 2011. After high school, he studied at North Dakota State University and got certified with a degree in health and physical education with a GPA of 4.0.

Carson started his college football career in 2011 with the North Dakota State Bison. In his first season, he redshirted with them, and the Bison won their first FCS title in five years. In the following season, Carson was the backup for Brock Jensen, and Carson played as a quarterback. He made his game debut on 22 September and threw his first touchdown. The Bison won the match 66-7. The season was a fruitful one as he completed 12 of 16 passes, out of which two were touchdowns, and others were for 144 passing yards.

His redshirt career ended in 2013. In the 2014 season, he was the starting quarterback for the Bison. In the first game, he made 18 out of 28 attempted passes, and the August 30 match ended in a 34-14 victory for the Bison. They won the NCAA Division I Football Championship for the fourth time. Carson Wentz played in all 16 games and completed 228 of 358 pass attempts. He had a total of 642 rushing yards and six rushing touchdowns. In 2015, he titled the “Most Outstanding Player” in NCAA Division I-AA Championship 2015 for the second time. 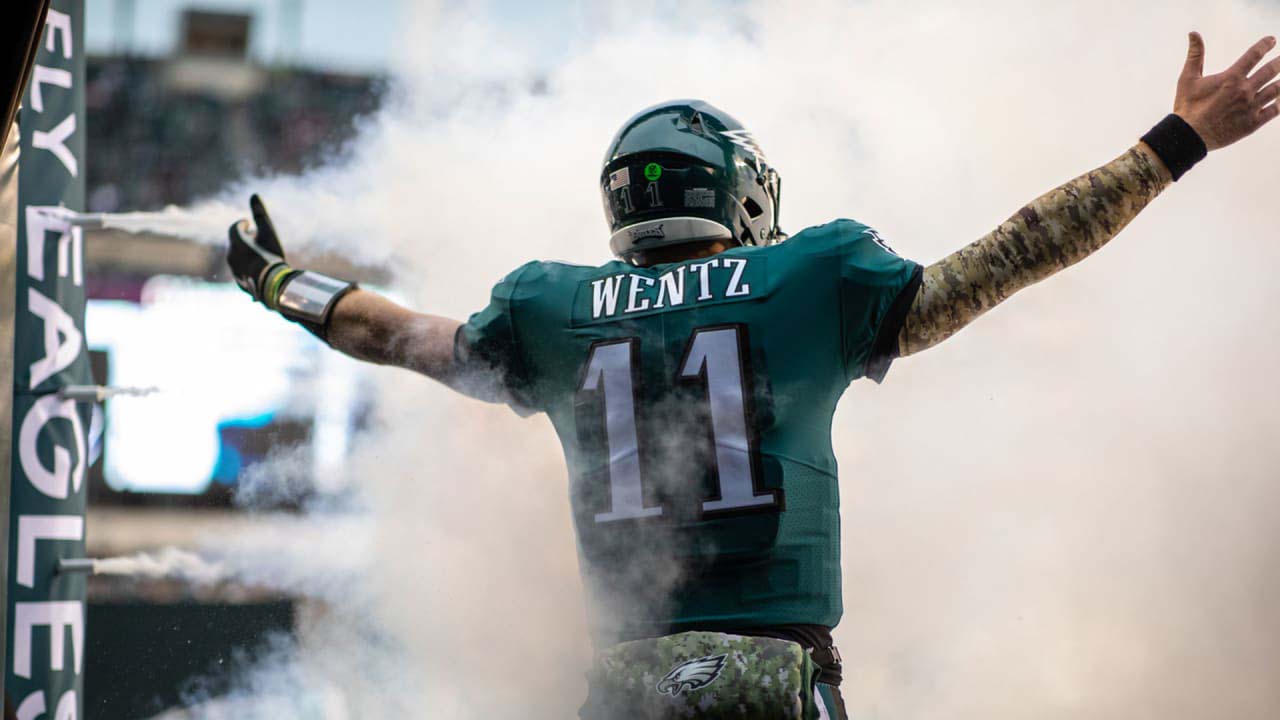 He started his professional career after he was drafted by the Philadelphia Eagles on 28th April of 2016 and made his regular-season debut on 11th September of 2016 against the Browns. The match ended in a 29-10 victory, and Carson was named “Pepsi NFL Rookie of the Week.” By the end of the season, Carson Wentz set the league record for most completions by a rookie with 379 completion. He also set the record for a single season with 397 completions.

Carson Wentz was named the top three in the “NFL Top 100 Players of 2018” after winning 2017 Super Bowl III. He finished the season with 3,269 passing yards and had a completion percentage of 60.2 with 33 touchdowns and seven interceptions. His quarterback rating was 101.9. He only played 13 games that season and had to stay out due to a torn ACL. He had surgery for it on 13th December. Due to this, Carson Wentz had to stay out of the Pro Bowl in 2017. He played 11 games in the 2018 season and around the end of the season, suffered from a back injury.

In June of 2019, Carson signed a four-year extension contract with the Eagles. The deal was worth US$ 128 million. After suffering from a head injury in the wildcard game against the Seahawks, Wentz made his 2020 season debut in the first-week match against the Washington Football Team. The Washington Football Team defeated the Eagles as the game ended in a 27-17 loss. In 2020, he has played four games to date.

Carson Wentz and his girlfriend Madison Oberg announced that they got engaged on February 6, 2018. The two married on July 16 in 2018. They got married in Bucks County. They had their first daughter in April of 2020. Together, they live in Mullica Jul, which lies in New Jersey. He is a firm believer in Christianity. Carson also loves hunting and visits North Dakota in off-seasons. He founded the AO1 Foundation in 2017. 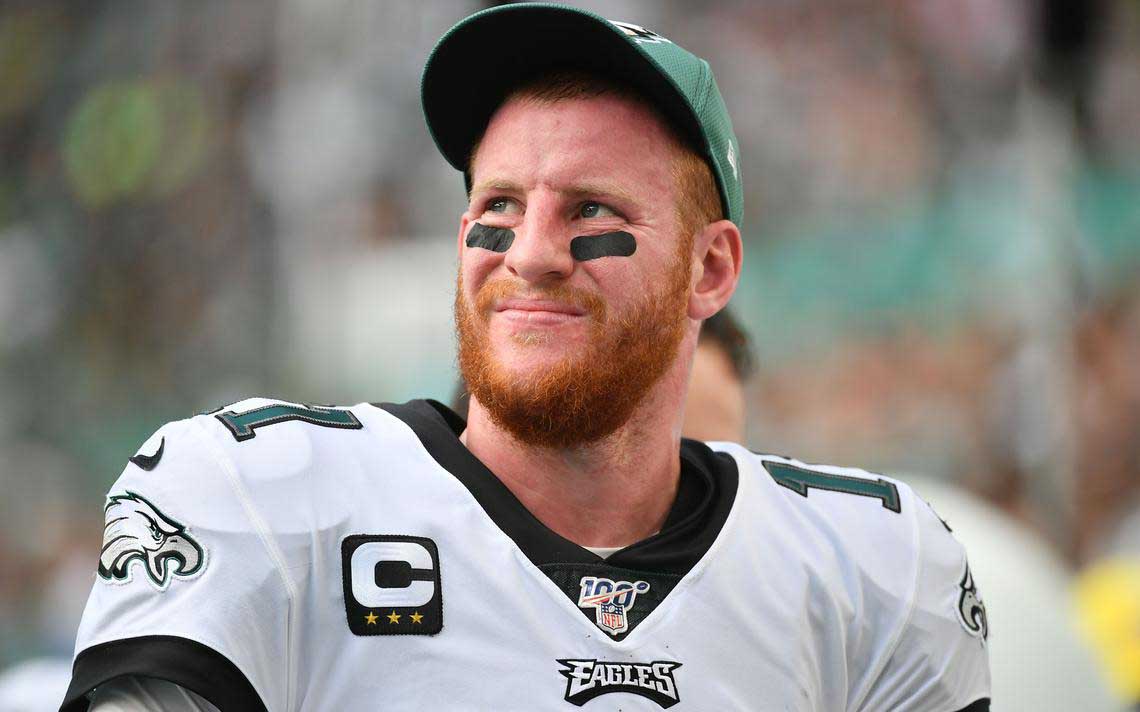 Carson Wentz’s net worth is estimated to be around US$ 50 million as of October 2020. He makes most of his fortune from playing football in the NFL.