Who is Deiveson Figueiredo?

Deiveson Figueiredo is a professional MMA fighter from Brazil. He is associated with the “Ultimate Fighting Championship” (UFC) in the category of “Flyweight.” Deiveson also holds the title of the “UFC Flyweight Championship.” According to the latest list of “UFC Men’s Pound-for-Pound,” his ranking is 9. The list was published on 14th December 2020.

How was the Deiveson childhood?

The birthplace of Deiveson is Source, Para, Brazil. He came into the world on 18th December 1987. Dieveson used to work along with his father on the animal farm till he became thirteen years old. He then shifted to Belem. He began his training for MMA when he reached the age of sixteen. Dieveson also worked as a sushi chef, bricklayer and hairdresser before starting his journey as a fighter.

What is the education of Deiveson?

There are no much details about the academic qualification of Deiveson. But he has attended school in Belem. He started his training of “Capoeira” in the school. 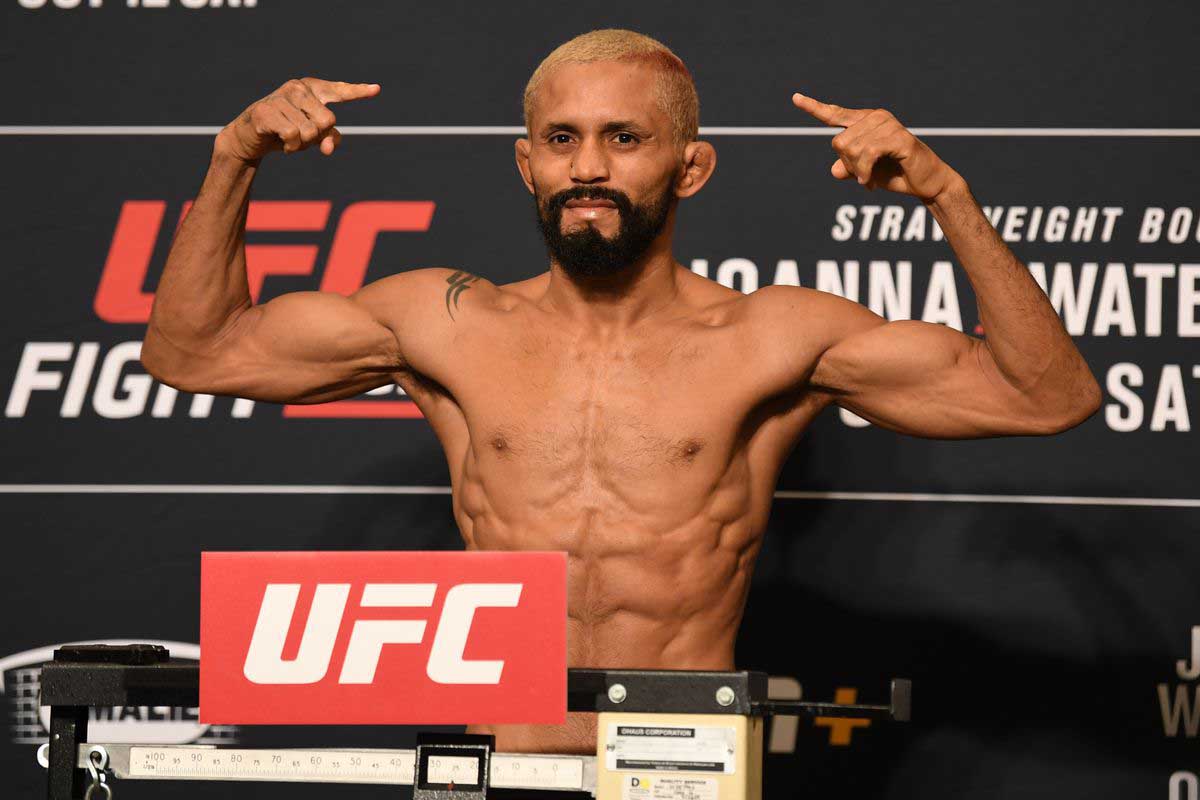 You may know more about Tony Ferguson

How did Deiveson Figueiredo started his career?

The professional MMA journey of Deiveson Figueiredo started in February 2011. It was the match against “Aluisio Ferreira.” He won the match against Aluisio Ferreira through submission in the first round. He fought most of the matches against the beginner fighters. He signed a contract with the Brazillian organization “Jungle Fight” at the ending of 2014. His first fight against the match was with Rayner Silva in “Jungle Fight 75.” He won the match through TKO in the second round.

Likewise, Deiveson fought “Antonio de Miranda” in the “Jungle Fight 87.” He won the match through submission in the first round. He defeated Dennis Oliveira in the “Jungle Fight 90” through knockout in the first round. Deiveson started his journey in the “Ultimate Fighting Championship” (UFC) on 3rd June 2017. He fought the promotional match against “Marco Beltran” in “UFC 212.” Deiveson Figueiredo won the match after the second round through corner stoppage TKO.

Similarly, Deiveson Figueiredo fought the match against “Joseph Benavidez” during the “UFC on ESPN+27” on 29 29th February 2020. The title of the match was “UFC Flyweight Championship.” He failed to win the title. His weight was 2.5 pounds more than the category of the match. His weight was 127.5 during that time. Although, he won the match through TKO in the second round.  Deiveson had to cut his weight to fight against Joseph. He reduced 11 kgs. Then, his team decided to stop the weight decreasing procedure but his physical condition challenged him. He suffered from kidney damage and pains in the stomach. 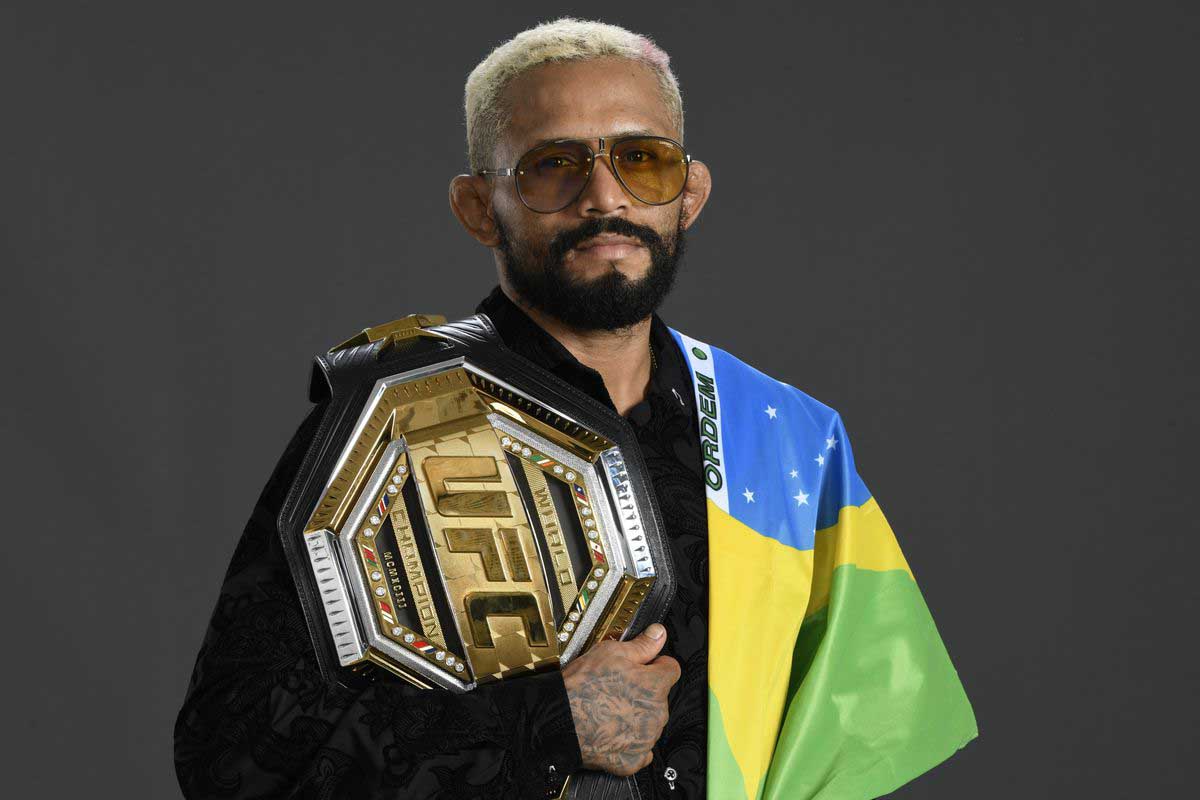 Moreover, Deiveson Figueiredo fought with Joseph again for the title of “UFC Flyweight Championship” on 19th July 2020. It was during the “UFC Fight Night 172.” Deiveson had to do multiple COVID_19 teats before he matches as he had tested positive on July 11, 2020. He won the match through technical submission in the first round of the match. This made him the “Performance of the Night” award. He tore his biceps and had to step back from the “UFC Bantamweight Champion.”

Figueiredo faced Brandon Moreno at UFC 256 on December 12, 2020. After five rounds of back-and-forth fighting, the fight was declared a majority draw.

Who is the wife of Deiveson?

Deiveson married his long time girlfriend Bruno Moraes. They married in a private ceremony. They are blessed with a daughter Ana Julia and a son Benicio.

Is Deiveson  on social media?

Deiveson Figueiredo is active on social media platforms. He goes with the name of “@daico_deusdaguerra” on Instagram with 259K followers. He does not have verified accounts on  Twitter and Facebook. But you will encounter few verified accounts and fan pages if you search his name on Facebook and Twitter. Drives on seem to enjoy his personal life far away from the hassle of social media. After spending a lot of time on training and tournaments, he seems to enjoy his free time with his family. 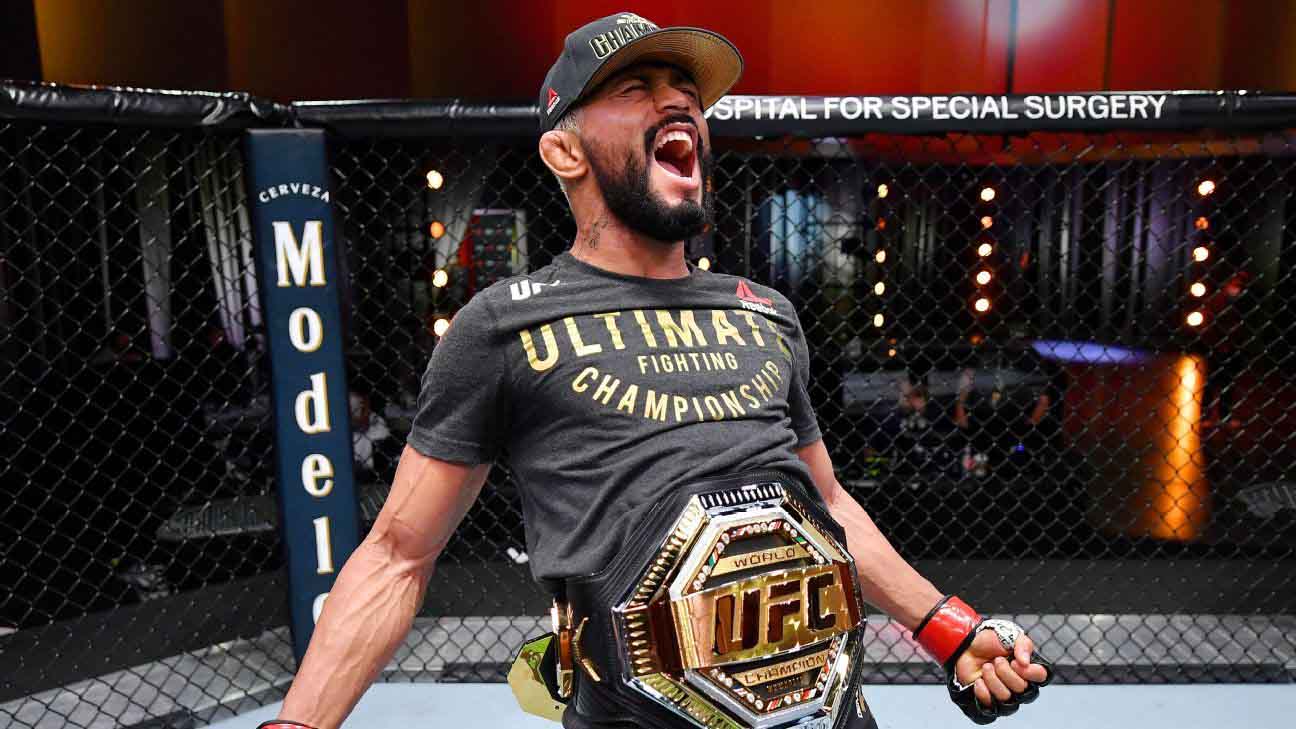 How much is Deiveson Figueiredo net worth?

Deiveson Figueiredo has been part of the sports fraternity for more than eight years. He has been part of a lot of tournaments and championships. There are no exact figures for his net worth. But according to his achievements, he must have a net worth of $500,000 to $1,000,000.

The full name of Deiveson is Deiveson Alcantara Figueiredo. The nationality and ethnicity of Deiveson are Brazillian. . His current age is 32. He has an average height of 5 feet 5 inches along with a complimentary weight of 56.5 kgs.