Who is Colby Covington?

Colby Covington is a professional MMA fighter from America. He is associated with the “Ultimate Fighting Championship” (UFC). Colby has even won the title of “Interim UFC Welterweight Champion.” He has even earned the number one ranking in the “UFC Welterweight Rankings” on 22nd September 2020.

How was the Colby Covington childhood?

The birthplace of Colby is Clovis, California. He came into the world on 2nd February 1988. His mother’s name is Noelle. His father’s name is Brad Covington. Colby grew up with his two sisters Callie and Candace. Colby was eight years when he moved to Oregon along with his family from California. Colby’s father was a wrestler. He used to represent the “Southern Oregon University” and “Oregon Institute of Technology.” 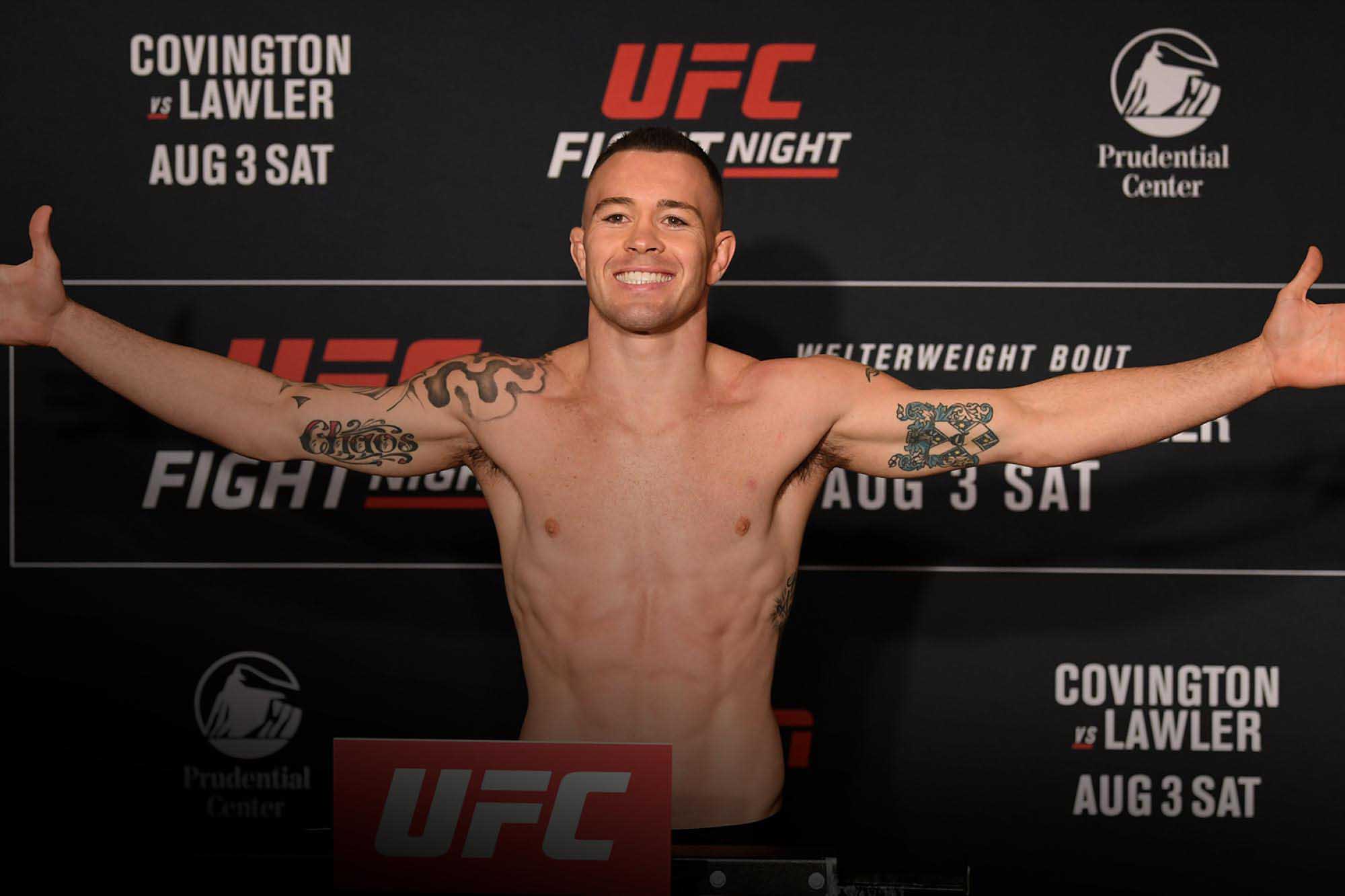 What is the education of Colby Covington?

Colby Covington began his wrestling career at his high school “Thurston High School.” He was highly active in the sports activities during those days as a “Letterman.” Colby even won the “State Championship” in his senior year in the category of “171 pounds.” He then wanted to join the “Arizona State University.”  But his low scores stopped him to make it happen. Colby joined the “Lowa Central Community College.” He won the “National Junior College Wrestling” in the category of “165 pounds.” It was during his freshman year with a record of “34-0.” He used to share the room with Jon Jones.

Likewise, Colby Covington received a transfer to the “University of Lowa” from the “Lowa Central Community College.” It was after he had won the championship season title. But his personal life started to create problems during that time. Police arrested him for driving under the influence of inappropriate stuff.  The blood alcohol content (BAC) during the time was 0.255. The speed limit was three times higher than the limit. This phase one of those phases that he would like to fix he could. It was on 10th August 2007. This made him suspended from the “Hawkeyes” for a whole year. Coach of the team, Jim  Zalesky, convinced Colby to receive a transfer to “Oregon State University.”

Moreover, taking the advice of his coach, Colby Covington moved to OSU. He succeeded to qualify for the “NCAA Tournament” in both the senior and junior categories. Colby succeeded to hold the fifth ranking in his senior year. In no time, he succeeded to become one of the best players in America. Colby has also won the “Pac-10 Conference Champion” for two times in the category of “174 pounds.” There was also an incident in which he was assaulted for punching two men on 23rd May 2010. He completed his graduation in Sociology in 2011. 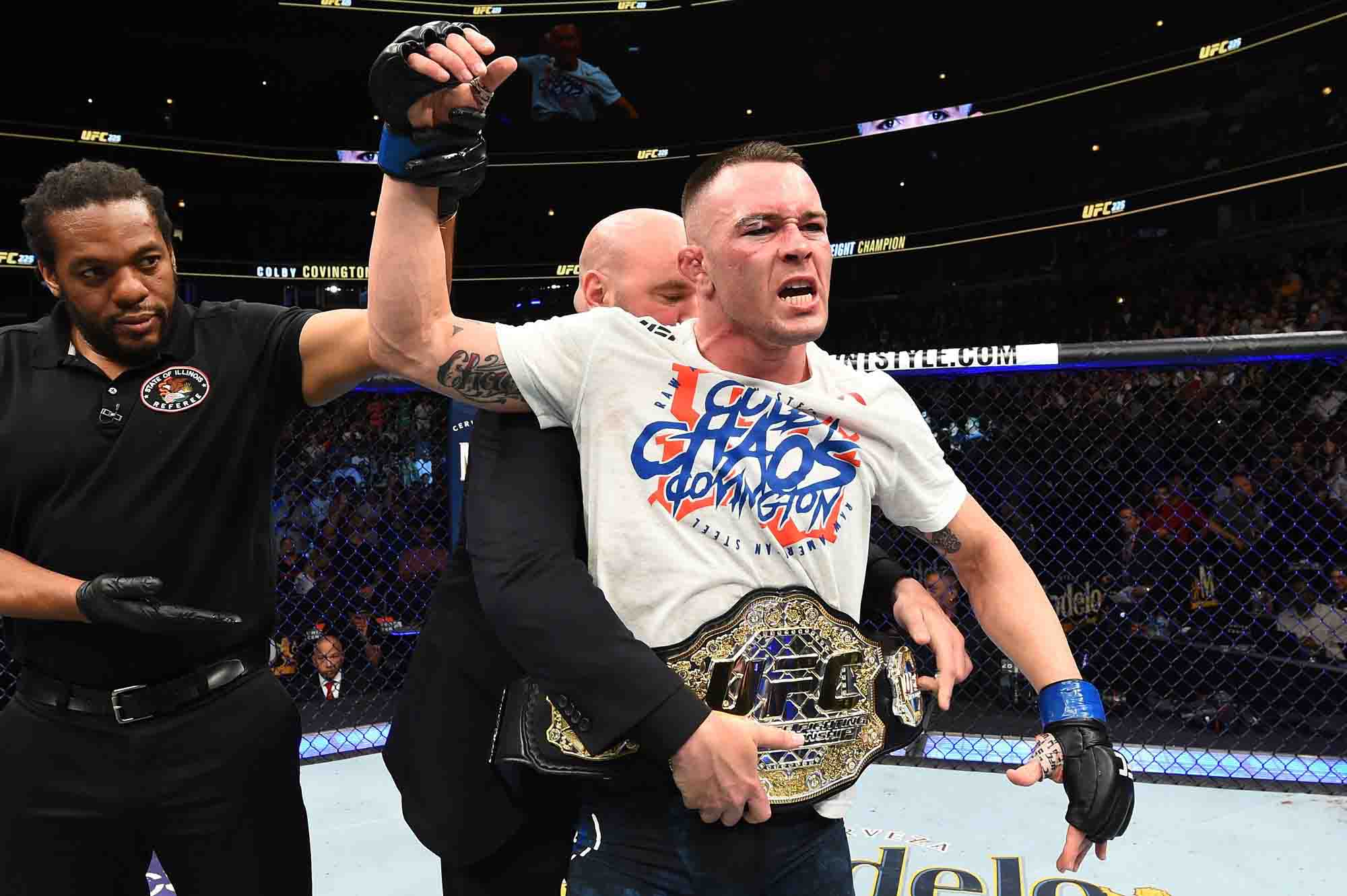 You may want to know more about Deiveson Figueiredo

How did Colby Covington started his career?

Colby Covington began his professional MMA fighting career in 2011. It was during the time when the “American Top Team” (ATT) was trying to boost the wrestling training of the gym. Then, Colby shifted to South Florida to fully focus on his MMA career. He had a record of “5-0” before joining the “UFC.” Colby began his journey in the “Ultimate Fighting Championship” during the summer of 2014. He started the journey in the promotional match against Anying Wang on 23rd August 2014. It was in the “UFC Fight Night 48.” Colby won the match through TKO in the final seconds of round one.

Colby Covington won the “Interim UFC Welterweight Championship” on 9th June 2018. He fought the match against “Rafael dos Anjos” for the title. He won the title through a unanimous decision. Colby won another match through a “lopsided unanimous decision” against Robbie Lawler. It was during the “UFC on ESPN 5” on 3rd August 2019. His striking number reached “541” in the match. It became the “Most Strikes Thrown “ in a UFC bout.

Similarly, Colby Covington fought “Kamaru Usman” for the “UFC Welterweight Championship” title on 14th December 2015. It was during the “UFC 245.” He lost the match through “Technical Knockout.” The strike of Kamaru in the third round fractured the left mandible of Colby. The match succeeded to make him won the bonus for the first time for the “Fight of the Night.”Colby won the match against Tyron Woodley through technical knockout in “UFC on ESPN+ 36” on September 19, 2020.

What is the relationship status of Colby?

Colby Covington seems to quite concerned about his personal life. There are no details about his relationship. He seems to be busy making his fighting career. He is single. 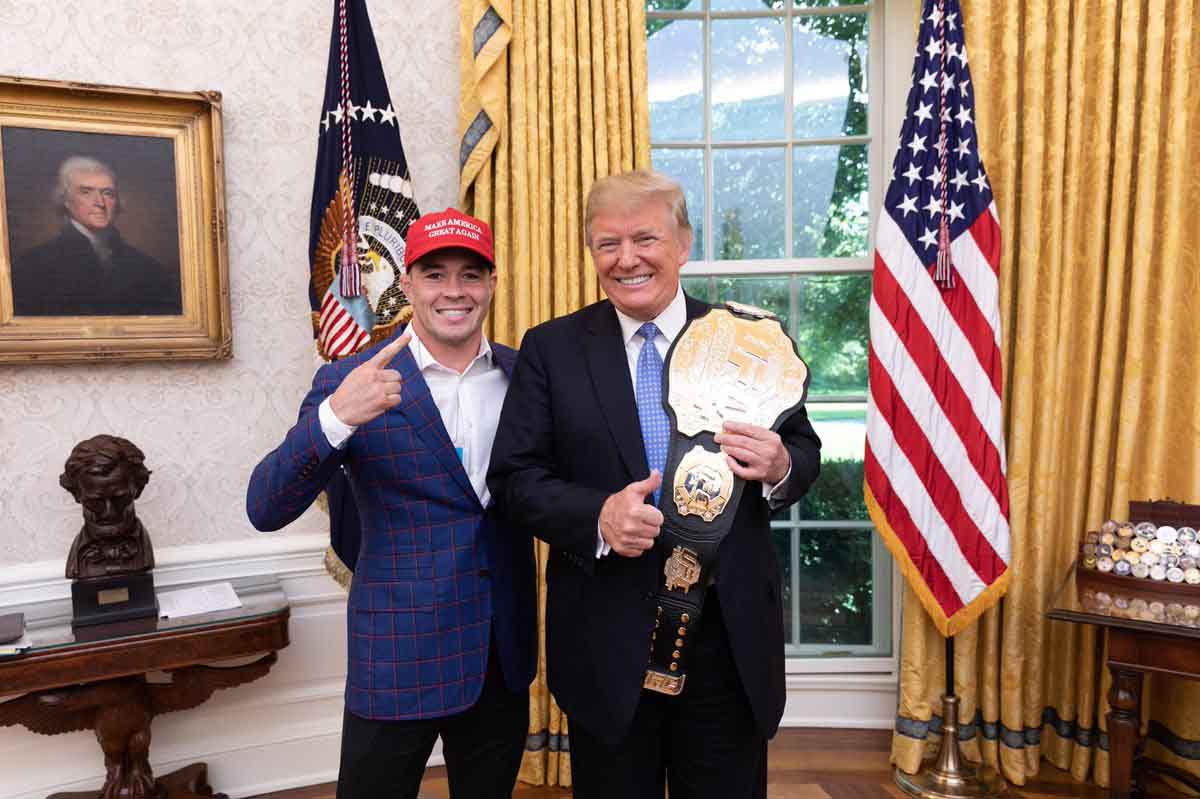 Is Colby on social media?

How much is Colby net worth?

Colby Covington has been part of the sports fraternity for more than ten years. He has won a lot of championships and tournaments. According to celebritynetworth.net, he has an approximate net worth of $2 million.

The nationality of Colby is American. He has an attractive height of 5 feet 11 inches along with a complimentary weight of 77 kg. He belongs to the white ethnicity. The current age of Colby is 33 years.