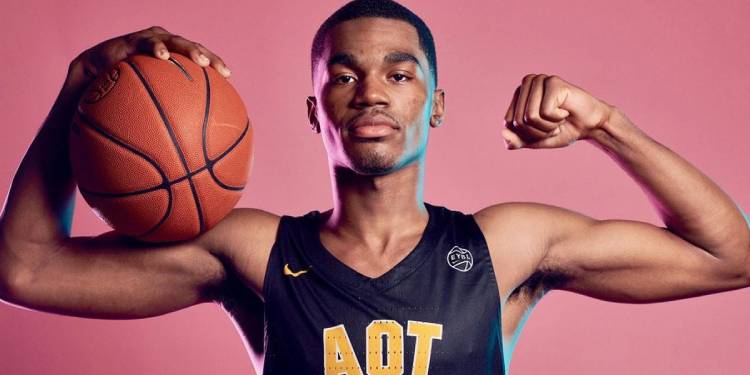 Basketball is one of the beautiful and expensive sports in the world. It has a separate fan base globally.

So many of this sport’s heroes and skilled players have effectively become role models for future generations.

Who Is Devan Cambridge?

His team competes in Division I’s Southeastern Conference of the National Collegiate Athletic Association (NCAA). His jersey number is 35, and he plays shooting guard for Auburn.

Devan is a talented young player who makes his opponents appear inept whenever he is on the court with the ball. He possesses a spirit of teamwork, and he constantly plays for the success of his team and his advancement.

With his incredible skill of dribbling, dunking, and other freestyle skills, Devan has already captured the attention of many basketball fans these days.

According to Auburn Tigers‘ official website, Devan Cambridge is the son of Desmond Cambridge and Teon Cotton. He has six siblings: Desmond Jr., Jalon, Jaloni, Jasiah, Jordyn, and Kennedy.

His family consists of nine members, including him, which implies that Devan has a big family at home. He resides in Nashville, Tennessee, with his family.

His father, Desmond Sr., was also a fine athlete and all-conference player at Alabama A&M, where he made his legacy by setting the NCAA record for steals in a season with 160. It was such an incredible record that still managed to stand even after the 2018-19 season while averaging 20.7 points per game.

His brother, Desmond Jr., is also a junior on the basketball team at Nevada and enrolled in the College of Education.

Devan Cambridge appears to be a person who has ethics of hardworking and dedication towards his field of interest. He is presently working so hard for his bright career in the sport of basketball.

As per Auburn Tigers, he was labeled as a three-star by both Rivals and 247Sports. In addition, Devan was tabbed as the No. 8 player in Arizona by 247Sports.

He averaged 13 points, 6.5 rebounds, 2.3 blocks, and 1.7 steals in 22 games during the senior season for Hillcrest Prep in Phoenix, Arizona. He has a shot of 49 percent from the field, including 38 percent from three.

Devan played on the Nike EYBL circuit with Athletes of Tomorrow, averaging 15.1 points, 5.1 rebounds, 1.3 assists, and 1.3 blocks per game in 13 games.

Devan played 10-plus minutes 17 times and was the team’s second-best three-point shooter at 37 percent (27-of-73). He successfully scored career-high 26 points on 10-of-14 shooting vs. South Carolina (Jan. 22), where his 26 points were the most accomplished by an Auburn freshman since Danjel Purifoy scored 27 points back-to-back games in 2016.

A young athlete knocked down career-high seven 3-pointers to 21 points against LSU (Feb. 8). Devan scored four or more points in 12 games and had at least eight points in four of his last eight games.

He pulled down four or more rebounds in seven games with five heading into SEC play and racked up a block or a steal 15 times. Daven was named AD Honor Roll after maintaining a 3.5 or higher combined GPA for the previous spring and fall semesters.

A guard scored in double figures 14 times, including 11 of his last 16 games, and more than doubled his scoring output from a season ago, improving from 4.2 points per game as a freshman to 8.9 points per contest as a sophomore. During SEC play, Devan averaged 9.9 points, 3.7 rebounds, and 1.1 steals per game.

He made a shot 37.6 percent from the floor overall and 41.6 percent in league-only games, where he finished third on the team with 41 3-pointers made. A shooting guard knocked down three or more 3s around six times, with five coming against SEC foes.

In his first collegiate start, he posted his first career double-double with 13 points and ten rebounds against Saint Joseph’s (Nov. 26). In addition, he successfully blocked a career-high five shots in a win over Georgia on (Jan. 13).

Devan, with Jaylin Williams, became the only set of teammates in Division I to block at least five shots in the same game this in 2020-21. He posted season-high 16 points against Ole Miss (Feb. 6) and was named the SEC Academic Honor Roll.

Is Devan Cambridge In A Relationship?

Devan Cambridge hasn’t said anything about his connection with a specific person, but he could be dating someone in his leisure time. However, he seems preoccupied with his desire and is now concentrating on his career.

What Is Devan Cambridge Net Worth?

There is currently no information concerning his net worth accessible. Devan Cambridge is also a college athlete who is not compensated for representing the university. However, a full scholarship is required.

According to our research, an NBA player’s average annual compensation is $7.5 million. On the other hand, Devan maintains all of the necessary characteristics to become a top NBA player one day.

So, if he gets an opportunity to introduce himself there soon, he might be able to make a large sum of money based on his performance.