Diego Maradona was one of the greatest player ever born in the world. He was popular for his amazing dribbling skills, impressive footwork, accuracy in passing, and powerful assists. These qualities made Maradona famous all over the world in no time. He was known as the pride of the national team of Argentina. Maradona started playing football at the age of ten and began his professional football career at the age of sixteen. 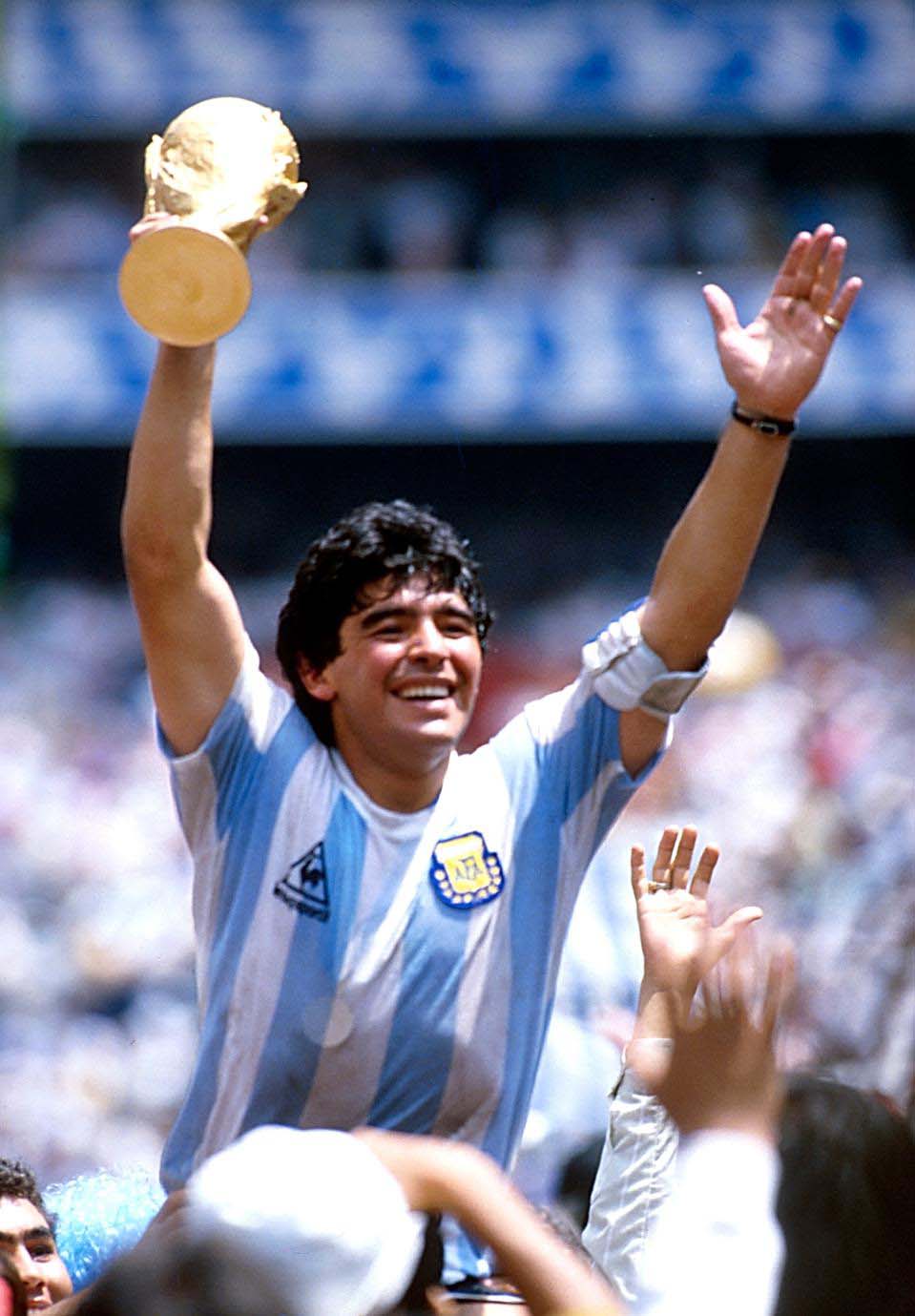 The compact body of Diego Maradona and physical strength helped him to contribute to making the team get the taste of success. He had an amazing career during 21 years of his career. Maradona had appeared in a total of 91 matches and scored 34 goals.  He even received the “FIFA Player of the 20th Century” award. Maradona is the only player in the history of the “FIFA World Cup” to appear 16 times with the responsibility of the team.


The birthplace of Diego Maradona is Lanus, Argentina. He came into the world on 30th October 1960.  His father’s name is “Chitoro” Diego Maradona. His mother’s name is “Doa Tota” Dalma Salvadora Franco. He grew up with his five siblings ( 3 elder sisters and 2 younger brothers). His family was economically weak.

Diego Maradona succeeded to grab the attention of the scout with his football skills. He helped Maradona to join the junior team of “Buenos Aires’s Argentinos Juniors” i.e. “Los Cebollotas.” He succeeded to make the team enjoy the streak of victory of 136 matches.

The academic details of Diego Maradona are not available. He had left his education in order to focus on his football skills.


Diego Maradona began his professional football journey from the club “Argentinos Juniors” in 1976. It was few days before his sixteenth birthday.  He appeared in 167 matches for the team. He succeeded in score 115 goals for the team. Maradona played his first international match representing Argentina on 27th February. 1977. It was the match against “Hungary.” 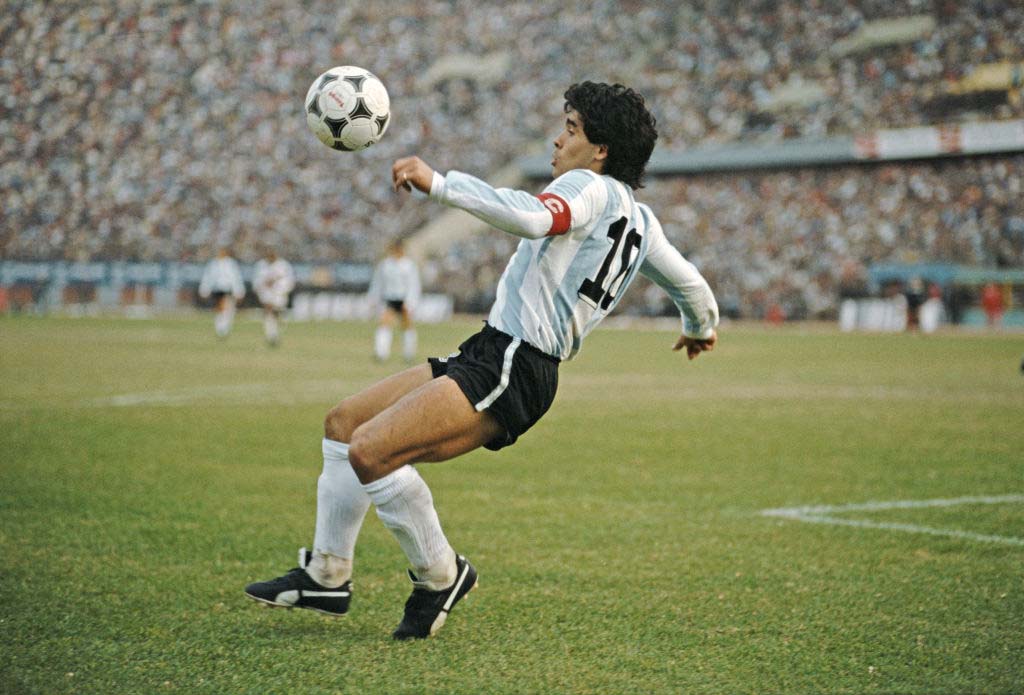 Likewise, Diego Maradona scored his first goal after reaching the senior team against the team of Scotland on 2nd June 1979. His team won the match with a final score of “3-1.” He was in the team represent Argentina in the “FIFA U-20 World Cup” in 1979. Maradona played a significant role to make the team win the tournament. He won the “Golden Ball” award for being the “Best Player” in the tournament.  Maradona joined the “Boca Juniors” for a month in 1981. The team succeeded to win the “League Championship” and win a medal for the first time.

Moreover, Diego Maradona played the “FIFA World Cup:” for the first time in 1982. Although the team had high expectations, they were not able to perform well. The team lost the matches against Brazil and Italy in the second round of the tournament.

He joined the football club “FC Barcelona” after the tournament. It was a deal of 5 million. His team succeeded to win the “Spanish Super Cup” and “Copa del Rey.” But during the whole time, he was in the club, he faced a lot of injuries and illness. He was in the club for two seasons. Maradona appeared in a total of 58 matches for the club. He succeeded to score 38 goals. Maradona had a discussion with the president and director of the club. This resulted in his transfer to the club “Napoli.” 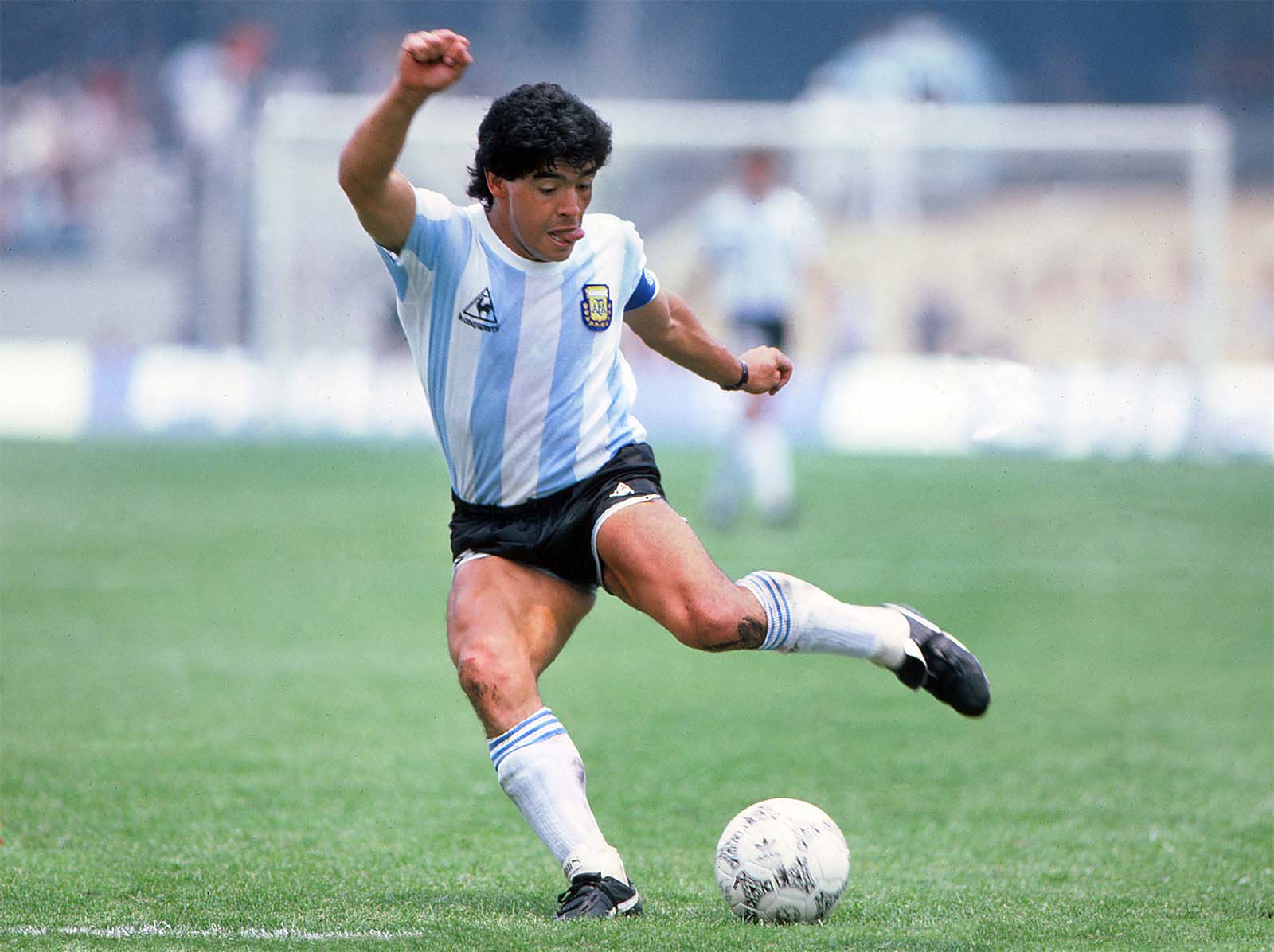 Moreover, Diego Maradona played a vital role to make the team Argentina in the “1986 FIFA World Cup.” He was active from the front side in the games and was maintaining his dominance in the matches. Maradon succeeded to score five goals during the quarter-final. It was the match against England.  Maradona assisted five goals during the semi-finals against Belgium. He played a major role to make the team win the finals against West Germany. Maradona continued his captainship for the team even in the “FIFA World Cup” in 1990. This time he was less dominant. The team failed to win the finals against West Germany with a final score of “1-0.” This hampered the growth of his career.

The “cocaine-test” of Diego Maradona came positive in 1991. This resulted in fifteen months of suspension. He joined the club “Sevilla” in 1992. He was there for a whole year. Then, he moved to the team “Newell’s Old Boys” in 1993. He only appeared in two games of the “1994 FIFA World Cup.”  His “Ephedrine Drug Test” came positive. This resulted in the ending of his seventeen years-long international football career. He appeared in 91 international matches for Argentina and succeeded to score 34 goals.  He joined the club “Boca Juniors” in 1995. He was there for two seasons.

Diego Maradona announced his retirement in 1997. It was the eve of his birthday during the announcement. He became the head coach of the national team of Argentina in 2008. Maradona was in the position till the completion of “2010 World Cup.” It was a duration of eighteen months. Maradona became the spiritual coach of the club “Argentine Primera D club Deportivo Riestra” in 2013.


Diego Maradona married his long time girlfriend Claudia Villafane on 7Th November 1984. They added two daughters to their family. Giannina Dinorah and Dalma Nereaare te daughters. Unfortunately, the couple legally separated in 2004. He seems to have an illegitimate son, His name is Diego Sinagra. He is a footballer in Italy.

According to celebritynetworth.com, he had an approximate net worth of $500 thousand.


The full name of Maradona is Diego Armando Maradona Franco. He died at the age of 60 on 25th November 2020. He had an average height of 5 feet 5 inches with a complimentary weight of 67 kg. Maradona belonged to the Guarani and Italian ethnicity.