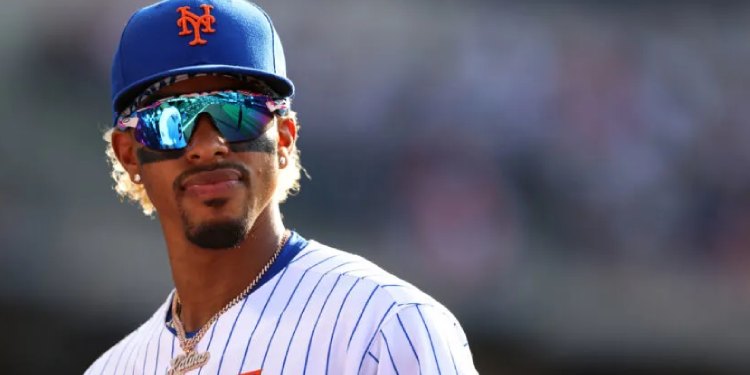 Francisco Lindor (born Francisco Miguel Lindor) is a Puerto Rican professional baseball shortstop who plays for the New York Mets. In the 2011 MLB draft, he was chosen eighth overall in the first round. From 2015 until 2020, he was a member of the Cleveland Indians.

Francisco Lindor was welcomed into the world on the 14th of November, 1993 in Caguas, Puerto Rico. His father’s name is Miguel Angel and his mother’s name is Maria Serrano. Lindor is the third child of his parents and he grew up with three other siblings.

Francisco Lindor is engaged to his fiancé whose name is Katia Kreguero and is a wildly skilled player at the plate as well as in the field. She is a vegan activist and a food blogger.

The soon-to-be Lindor bride campaigns for addressing world hunger in a nutritious, plant-based, allergy-friendly movement through her website, the common food bar.

The Mets’ No. 12 has a daughter named Kalina, who was born on December 4, 2020. The couple is thought to have begun dating in late 2020 or early 2021. On November 14, 2020, Kreguero revealed her admiration for the baseball player on her official Instagram account.

On December 27, 2020, the couple got engaged to each other. The wedding is scheduled to take place in 2021, between November and December.

Francisco Lindor was chosen to the All-USA high school baseball team by USA Today. Despite being signed by the Indians, Lindor began his professional career with the Mahoning Valley Scrappers of the New York Penn League’s Short-Season A.

Lindor was assigned to the Lake County Captains of the Class A Midwest League after participating in five games for the Scrappers. He batted.257 in 122 games with Lake County, with six home runs, 42 RBIs, 33 extra-base hits, and 27 stolen bases.

From 2013 to 2015, Lindor split his time between the Akron Aeros, Carolina Mudcats, and Columbus Clippers in the double-A and triple-A levels. On June 14, 2015, he was added to the Cleveland Indians’ active roster.

He was named the AL Rookie of the Month while playing for the Indians, and he concluded the 2015 season with a.313 batting average, 12 home runs, and 51 RBIs.

He had a.301 batting average, 15 home runs, 78 RBIs, 19 stolen bases, 15 sacrifice flies, and 30 doubles in 158 games for the Indians in 2016. Along with José Iglesias and Andrelton Simmons, he was named a Gold Glove Award Finalist at the AL Shortstop position that season.

Francisco Lindor has been a professional baseball player for nearly a decade. During this time, he amassed a sizable fortune from lower league teams as well as the Indians in the major league.

He has earned about $22 million in the last six seasons of his career, according to sources. Francisco Lindor is believed to have a net worth of $5 Million.

For full biography about your favorite Baseball player, please check out Sportscovering.