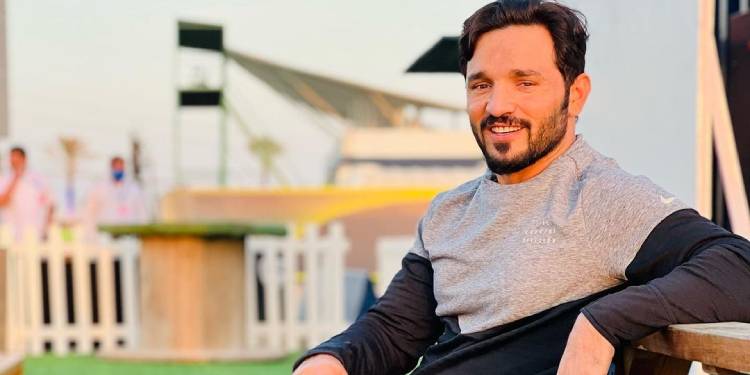 Gulbadin Naib is a professional Afghan Cricketer who plays for Afghan Cheetahs in domestic cricket. Naib is a right-handed batsman and a fast-medium bowler. Since 2012, he began making appearances in International matches. In the 2019 Cricket World Cup, Naib replaced Asghar Afghan as the new ODI (One Day International) captain.

Earlier, before cricketing, Naib was into bodybuilding. Naib stated Arnold Schwarzenegger to be one of his inspirations. He also took part in the documentary Out of the Ashes, which showed the team’s preparation for the tournament and their lives back in Afghanistan.

In the 2008 World Cricket League Division Five, Gulbadin Naib debuted for Afghanistan with five appearances. However, later went to the filming industry for two years which cost him his place on the Afghan side. Then, he made his List A debut for Afghanistan on tour to Pakistan. Later on, he played three unofficial ODI games against Pakistan A.

In the 2011–13 ICC Intercontinental Cup One-Day, Naib made his official ODI debut against Canada. He made his Twenty20 debut against Trinidad and Tobago in the Cricket Canada Summer Festival. In 2011, he made three appearances when the Afghan Cheetahs team formed. In the tournament, he scored his maiden Twenty20 half-century.

In the 2011 ACC Twenty20 Cup final, his 57 runs in 50 balls helped prevail against Hong Kong, winning the third ACC Twenty20 Cup title. The following year, he played an ODI against Pakistan at Sharjah. Pakistan won by seven wickets. For the 2012 World Twenty20 Qualifier, Naib was selected for Afghanistan’s fourteen-man squad.

The first match got canceled due to rain but followed with his maiden ODI wicket in his second match. Then, in the Intercontinental Cup fixture, he made his first-class debut.

In August 2012, he played a second ODI for Afghanistan against Australia. As a result, he was named in Afghanistan’s squad for the World Twenty20 in Sri Lanka as the match proceeded. However, his team lost to England by 119 runs as he was the only Afghan batsman to pass double figures.

After a draft for the 2018–19 Bangladesh Premier League, he was named the Sylhet Sixers team. Later captained Afghanistan in the 2019 World Cup.

In April 2019, he became the captain of Afghanistan’s squad for the 2019 Cricket World Cup. Naib took his first five-wicket haul and took six wickets for 43 runs against Ireland in his second ODI. On 24 June 2019, he played his 100th International match, followed by his 1,000th run in ODI cricket.

Gulbadin Naib is a married man, though he has not shared with whom he walked down the aisle. Because of this reason, the couple likes to keep personal things confidential from the public eye.

Naib and his wife are blessed with a son. Naib shares photos with his son on his socials but has not shared his wife’s face.

Naib worked in the film industry for two years and started cricket daily. Throughout the years, he has accumulated a decent amount of money.

Online sources claim his net worth is around $4 million as of 2021.