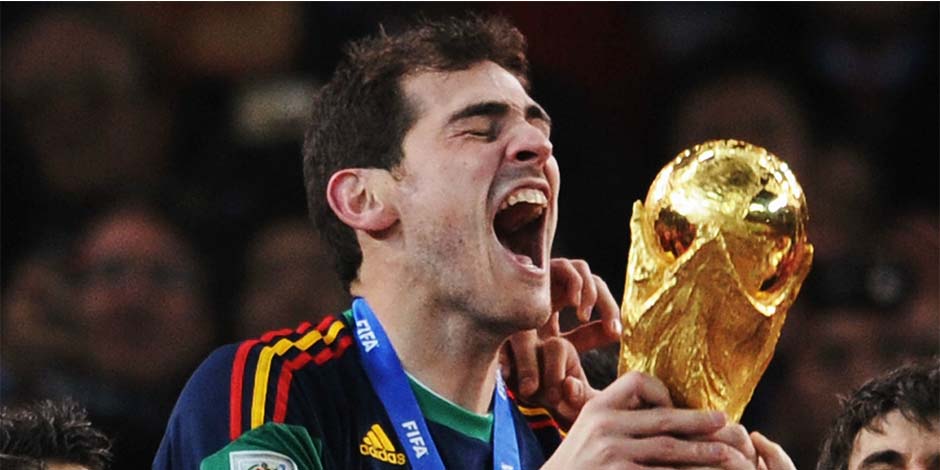 Iker Casillas Fernandez is the most outstanding goalkeeper in football history who played for his nation Spain. Also, because of his astounding, acrobatic, and unbelievable saves, he was nicknamed as Saint Iker. All with his incredible speed, strength, agility, and reflexes, he always performed well and helped his team win many titles.

Saint Iker was born on 20th May 1981 in the province of Madrid, Mostoles. He dreamt of becoming a goalkeeper at the age of four and served as goalkeeper whenever he played in the neighborhood.  He went to Picasso School in Mostoles and studied till fifth grade. By the age of 9, his father took him to Real Madrid’s football academy, where he passed all tests and was selected. Thus began his career buildup with Real Madrid. 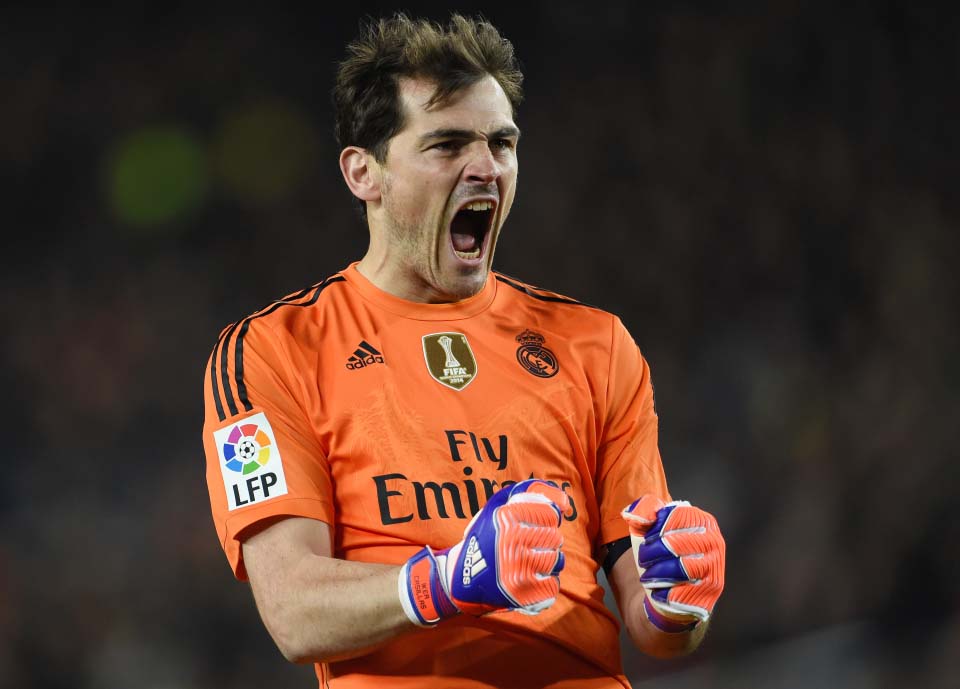 Iker Casillas started his career in Real Madrid during the 1990-91 season. With his passion for football and hard work, he was improving his skill. He was in the junior team until 27th November 1997; he got a chance into the senior squad during UEFA Champions League to face Rosenborg, although he was bench all game. But still, he didn’t have the opportunity to play for team A, but he helped Real Madrid’s C team win the regional cup, because of which Madrid saw his potential and was selected for the club’s first-choice goalkeeper.

In the 1999-2000 UEFA Champions League, Iker Casillas was just 18 years old and introduced as the youngest goalkeeper ever played that tournament at that time. So he won the Champions League final against Valencia in May 2000 and lifted one of the significant football trophy showing the world what he was capable of. Shot-stopper Casillas again impressed the crowd and won another Champions League trophy in 2002, showing his important goal saves and excellent skills. Talking about Saint Iker, nothing is enough as he has contributed a lot to Real Madrid, saving lots of plans and winning many trophies. In 2008 Real Madrid was able to claim the La Liga title.

In February 2009, Iker Casillas became Real Madrid’s most-capped goalkeeper with 460+ matches. During the 2011-12 season, he was assigned as the first captain after Raul and Guti left the club. Casillas also won IFFHS Best Goalkeeper award four times. And even more interesting, he won it four times in a row. He procured his fifth La Liga title as captain of Real Madrid in May 2012. He again made history to have ever won IFFHS Best Goalkeeper award five times in a row in the 2012-13 season. 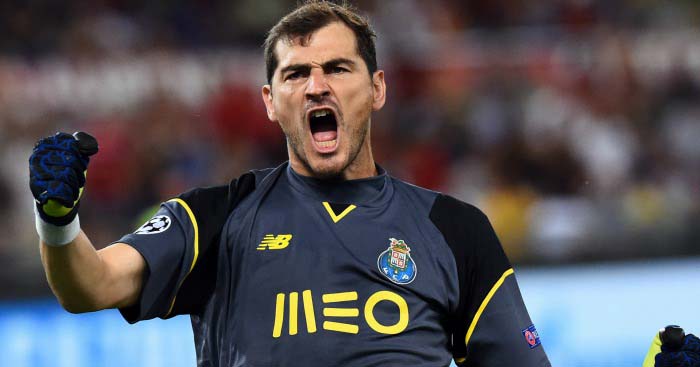 After a severe injury to Iker Casillas in January 2013, Diego Lopez was signed for the first-choice goalkeeper for Real Madrid. Then he didn’t get to play for another 238 days since other keeper took his place, and the coach didn’t let him in. He played in the Champions League group stage match and, unfortunately, was injured again after 14 minutes of the game.

Later he played as the first-choice keeper in the Champions League and Copa del Rey that season. He also became the first keeper to play every game in Copa del Rey till the final without conceding a goal. This league also reflects how good he was. On 24th May 2014, he wins 4-1 over Atletico Madrid, claiming the 2014 Champions League title. Later that year, Iker Casillas won the UEFA Super Cup and FIFA Club World Cup.

After his 25 years in Real Madrid, he signed a contract to play as Porto’s keeper for two years on 11th July 2015. He is one of the goalkeepers with the cleanest sheets ever. In May 2018, Iker Casillas won his first trophy with Porto, which was the league title. During his 2018-19 season, he became the second player to win 100 Champions League matches after Cristiano Ronaldo. After he got a cardiac attack during the training season on 1st May of 2019, he was hospitalized. He didn’t play any game during that season because of his illness; he officially announced his retirement from football on 4th August 2020.

Iker Casillas played for Spain at the age of 16. He won the 1999 FIFA World Youth Championship. Because of his fabulous performances at the club level, he was chosen for the national team. Euro 2004 and 2006 World Cup was pretty much bad for him since he couldn’t take his team anywhere close to the trophy. But on 29th June 2008, he won UEFA European Championship.

And since it was his dream since childhood to lift the World Cup with his effort, hard work, and captainship, he lifted FIFA World Cup on 11th July 2010 when Spain won 1-0 against the Netherlands. Well, this isn’t enough. Spain even won the 2012 Euro Cup as well. He is the second-most capped player of the Spain national team. He has also contributed a lot to his nation as much as he did for clubs.

Iker Casillas being a normal kid till age four he began to have an interest in football since five while his father as a fan of football and used to take part in bets.

Casillas is a Spanish professional football goalkeeper who is currently 39 years old from this time of writing. He has already retired from football but is still known as the best keeper in the world. He stands at 6 feet (182 cm). Since his retirement, he doesn’t have a muscular body, but he is still fit enough and attractive. 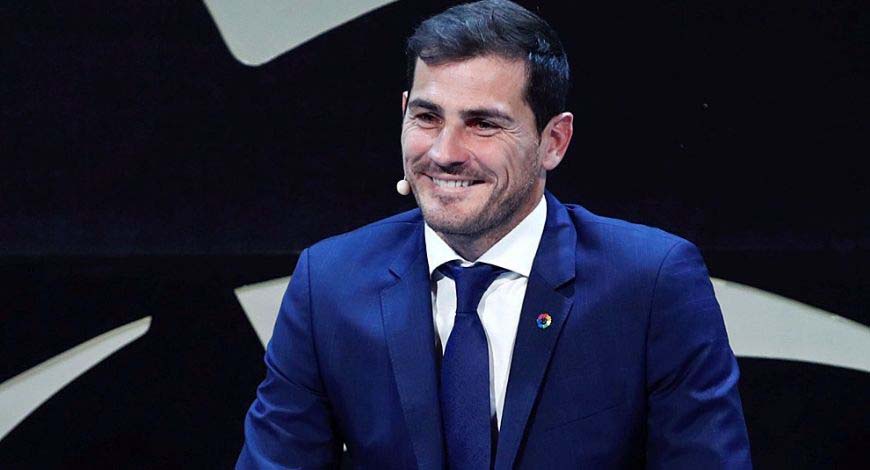 Well, outside football Casillas is a really great man with a good sense of humor, and whenever he reveals anything about his private life is simple. He also owns his charitable foundation. As he was born in a Roman Catholic family, he is still practicing Catholic.

Since 2004 he started dating a beautiful lady, Eva Gonzalez, a pageant winner, for four years. However, he got interested in sports journalist Sara Carbonero in 2009. They were in a relationship until March 2016, when they got married. Although they already had the first son on 3rd January 2014, and Sara gave birth to a second child on 2nd June 2016.

Iker Casillas had a heart attack on one may 2019 and was rushed to the hospital immediately. Fans were worried until he tweets about himself getting better later that day. And ever since, fans are concerned about his health updates and his wife’s health condition as well as he also announced that Sara had cancer.

He is active on Twitter for updates and news.

According to celebrity net worth, Iker Casillas has an estimated total net worth of $40 million, .and also has sponsorship from a different company.