Who is Ivan Rakitic?

Ivan Rakitic is a professional footballer from Croatia. He plays from the “attacking or central midfielder” position. Ivan is associated with the club Sevilla. He started his professional football journey from the club “Basel.” He was also part of the team “Schalke 04.” The team “Sevilla” signed him in January 2011. Ivan became the captain of the club and led the team to the “UEFA Europa League.” He then transferred to “Barcelona” in June 2014. His team was part of the team that won the “Copa del Rey”, “UEFA Champions League” and “La Liga” in the same season.

The first goal of Ivan for the team was in the finals of “Champions League” in 2015. He returned to the team “Sevilla” after representing Barcelona in more than 300 games in 2020. Ivan was on the team when the team won ten trophies. Ivan started representing the national team in 2007. He has succeeded to represent the team in the “UEFA Euro” in 2008, 2012, and 2016. Ivan was also on the team to participate in the “FIFA World Cup” in 2014. The team succeeded to reach the finals in the “FIFA World Cup” in 2018. After appearing in 106 matches, Ivan in September 2020.

How was the Ivan childhood?

The birthplace of Ivan is Rhienfelden. He came into the world on 10 March 1988. Ivan spent most of his childhood in Mohlin. His elder brother and father were also professional footballers.  Ivan has tattooed the name of his brother “Dejan” on his right arm.  The European Scouts noticed his potentials when he was 16 years old. Despite grabbing the opportunity of taking a big leap, he along with his family decided to participate in the small league staying in Basel.  It seems like they know very well about developing the efficiency of swimming in a swimming pool before going for the sea or ocean. 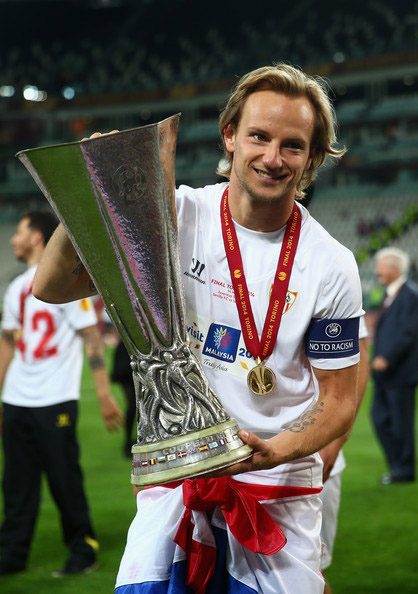 How did Ivan started his career?

Ivan Rakitic started his professional football career at the club “Basel” on September 29, 2005. It was during the “UEFA CUP” that he joined the team. His first match for the team was against the team “Siroki Brijeg.” He appeared in the “Swiss Super League” for the first time on April 15, 2006. It was the match against “Neuchatel Xamax.” These two matches were the only matches of his first season. His appearance increased in the 2007 season. He was part of 33 matches in the “Super League” with a total score of 11 goals. He also played nine matches in the “UEFA Cup.”

Ivan Rakitic became the “Best Young Player” for the “Super League” in the 2006-2007 season. His performance in the match against “St. Gallen” made him won the “Swiss Goal of the Year” Award on October 22, 2006. Likewise, the club “Schalke 04” signed a contract with Ivan on June 22nd, 2007. The deal was for €5 million. Ivan played the first match for the team in the match against “Karlsruher SC” in the “Premiere Ligapokal” on July 21st, 2007. The team succeeded to complete the tournament being the runner-up. 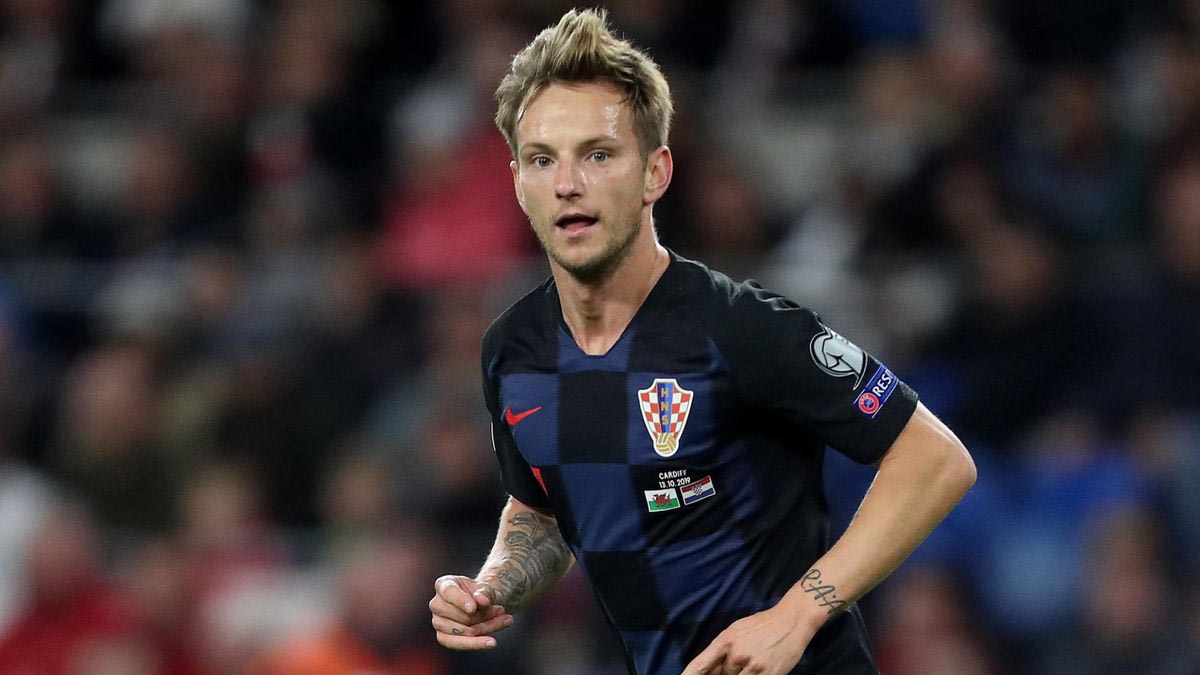 You can know more about Lionel Messi

Ivan Rakitic became the new captain of the team before the start of the “2013-2014 La Liga” season. He became the “La Liga Player of the Month” for his amazing performance in the season. The team also qualified for the final of the “Europa League.” His team succeeded to win the match against “Benfica” with a final score of “4-2.” Ivan became the “Man of the Match.” Ivan became the first captain to lead the team to the “UEFA Europa League” and won the title. He also received the “Fair Play Award” in the same season.

Ivan Rakitic became the “Croatian Footballer of the Year” in 2015. He also became the “Croatian Sportsman of the Year” in 2015.  Ivan played his 300th game for “Barcelona” on June 13, 2020. It was the match against “Mallorca.” The match ended with the final score of “4-0.” He joined the “Sevilla” back on September 1st, 2020. He signed a four-year contract for €1.5million. Ivan scored his first goal for the team on September 24, 2020. His team won the match against “Cadiz” with a final score of “3-1.” The “Croatian Football Federation” announced his retirement from international matches on September 21st, 2020.

Who is the wife of Ivan Rakitic?

Ivan Rakitic tied knots with Raquel Mauri in April 2013. They started dating in 2011. The couple welcomed a baby girl Althea in July 2013. They welcomed their second baby girl Adara in May 2016. 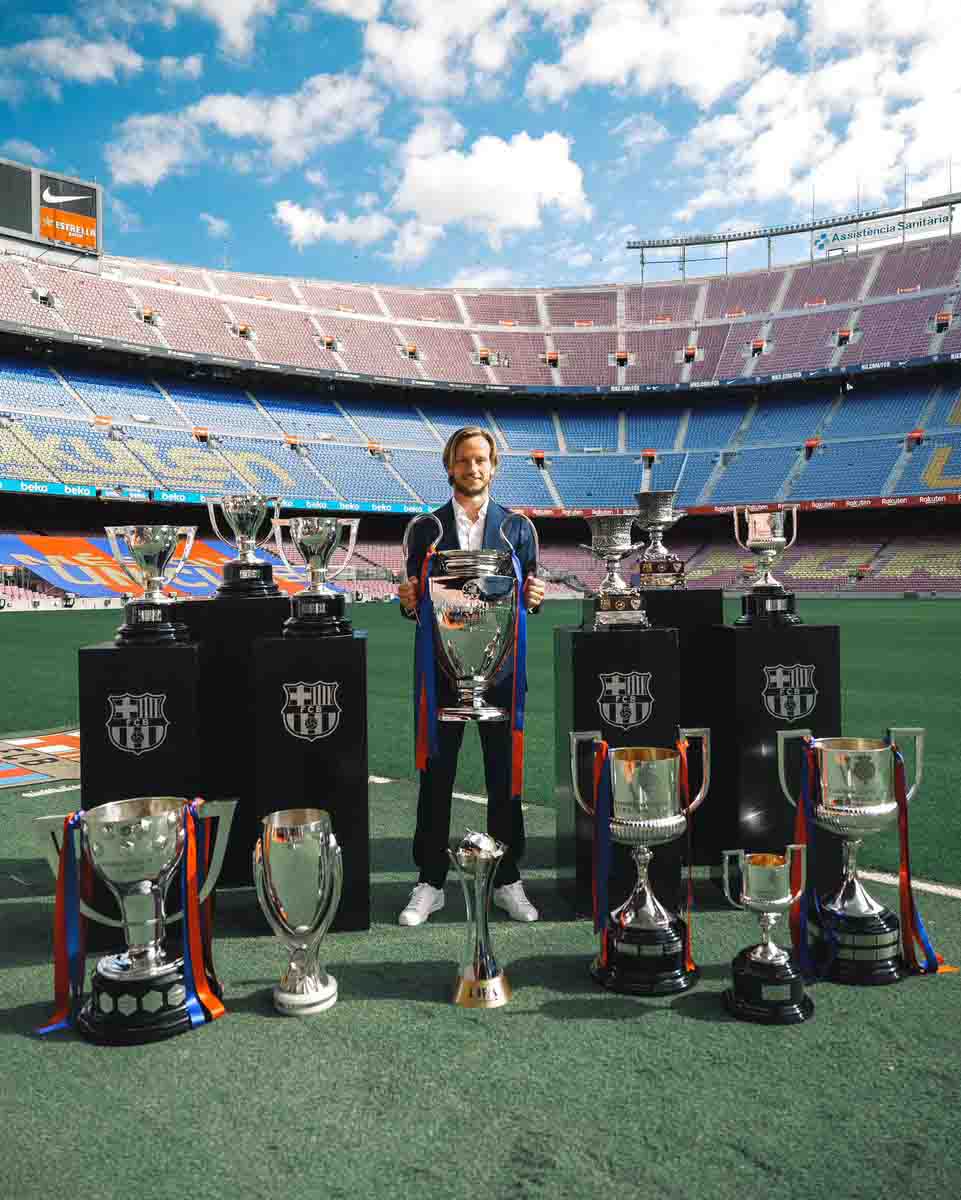 Is Ivan on social media?

How much is Ivan net worth?

Ivan Rakitic has been part of the sports fraternity for more than ten years. He has been part of big tournaments of football. According to celebritynetworth.net, he has an approximate net worth of $30 million.

The nationality and ethnicity of Ivan are Croatian. The current age of Ivan is 33. He has an attractive height of 6 feet with a complimentary weight of 76 kgs.