Who is Javier Mascherano?

Javier Mascherano is a footballer from Argentina. He is popular for playing from the “defensive midfield” position.  Javier is one of the greatest players in the history of football. He is also popular for his leadership skills. Javier has strong leadership skills, sound knowledge of creating strategies, managing the team, and analyzing the game. These skills gave him the nickname “The Little Chef.”

He is very much smooth in blocking the attack and applying the counter-attack technique. Javier has the idea of great defense and the limitation of taking the ball in the forward direction. He has the caliber of even scoring the goal but he enjoys taking the ball to certain areas only.

Javier Mascherano has been part of the big football clubs like “River Plate”, “West Ham United”, “Corinthians”, “Barcelona”, and “Liverpool.” He had even taken the responsibility of handling the captainship of the national team of Argentina.  Javier succeeded to take the team to the quarter-finals of “Copa America” and “FIFA World Cup.”

The full name of Javier is Javier Alejandro Mascherano. His current age is 36 years. The nationality of Javier is Argentinian. He has an attractive height of 5 feet 9 inches along with a complimentary weight of 73 kgs. His ethnicity is not clear. 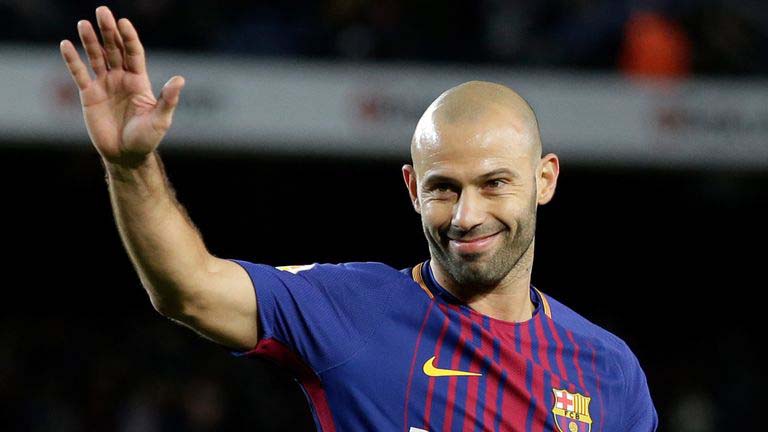 The birthplace of Javier Mascherano is San Lorenzo, Sante Fe. He came into the world on June 8, 1984. His father’s name is Oscar Mascherano. His mother’s name is Teolinda Chiche Tagliaro. Javier was a hyperactive kid from a young age. He was passionate about playing football. This passion helped him to enter the club “River Plate Sports Club.”

The wife of Javier Mascherano is Fernanda Mascherano. They have a daughter named Lola.

There are not many details of Javier’s academic background available.

Javier Mascherano started his football career through international games rather than clubs. It was in 2001. Javier was part of the team of Argentina that succeeded to secure the fourth position in the “FIFA U-17 World Cup.” He contributed a lot for the team to success in the “South American Pre-Olimpico” tournament in January 2004. This qualified the team for the “2004 Summer Olympics” in Greece. The team bagged “Gold Medal” in the tournament.

Moreover, Javier Mascherano was in the team that succeeded to defend the “Gold Medal” in the “2008 Beijing Olympics.” He became the first male footballer to earn a “Gold Medal” two times after 1698 in the “Summer Olympics.” Javier got the opportunity to become the captain of the national team of Argentina. It was after Diego Maradona became the head coach of the team. Javier succeeded to lead the team till the quarter-finals of the “2010 FIFA World Cup” and “2011 Copa America.” 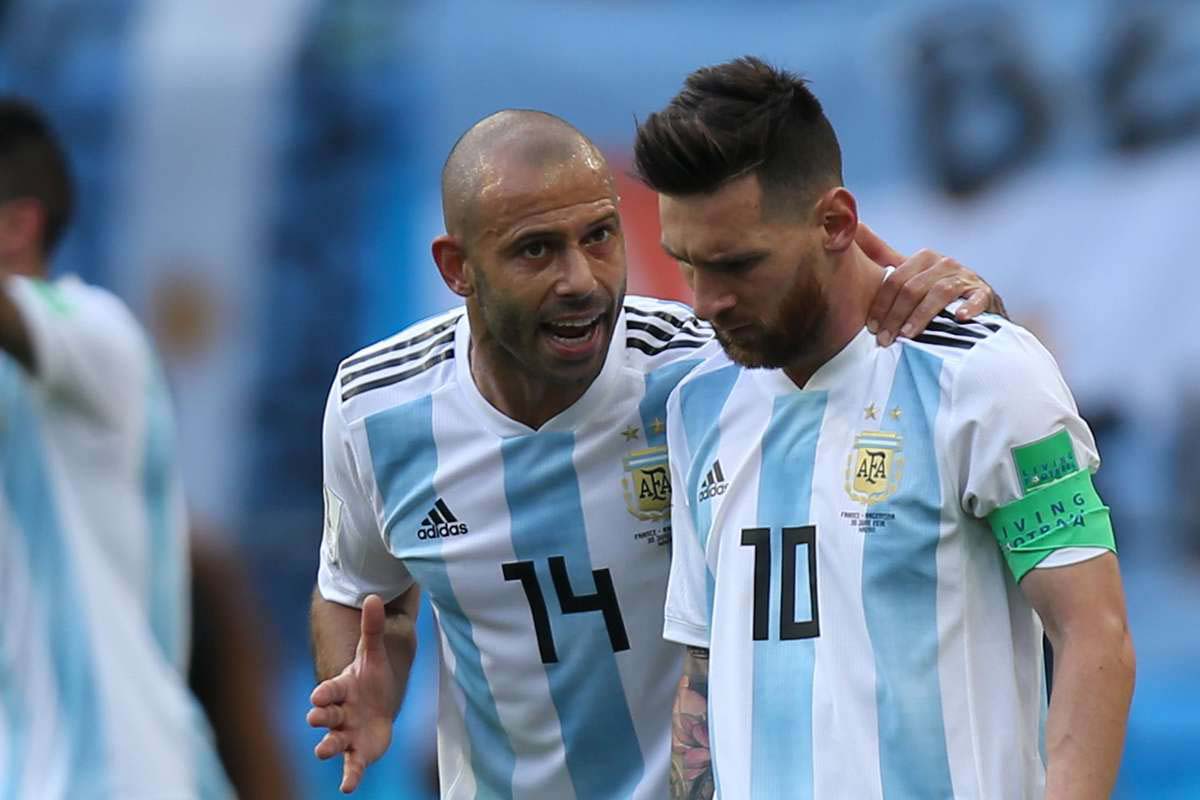 He became the “vice-captain” of the national team in August 2011. Lionel Messi became the captain of the team. Javier played his 100th match in the “2014 FIFA World Cup.” It was the match against Iran. The team succeeded to reach the finals. The team lost the match against Germany with the final score of “1-0.” He had a record of “30 Tackles” and “Third Most” number of passes. This helped him to receive a nomination for the “FIFA’s Golden Ball” Award.

Javier Mascherano started his club career from the club “River Plate.” The team succeeded to win the “2003-2004 Clausura Championship.” His amazing performance attracted a lot of top clubs. The club didn’t get an appropriate offer to transfer Javier to other clubs. The team faced a lot of downfalls in the “2004-2005 season.” The Brazilian club “Corinthians “ succeeded to add Javier to the team by the end of the season. It was a deal of $15 million. He also joined the club “West Ham United” in 2006.

Moreover, Javier Mascherano joined the club “Liverpool” on February 20th, 2007. He played an important role to take the team to the finals of “Champions League” in the season. His team lost the match against “AC Milan” with a final score of “2-1.” He was also the favorite of the followers in “Liverpool.” Javier received two yellow cards in a match against “Manchester United” on March 23rd, 2008. He even has to face suspension for three matches. He also had to pay a fine of £15,000. It was for his improper conduction.

Similarly, Javier signed a four-year contract with the club “Barcelona.” It was a deal of 24 million euros. He played his first match for the club on September 11th, 2010. He scored his first goal against “Osasuna” during the “La Liga” on April 26th, 2017. Javier extended his contract with the club in 2016. The contract was for up to 2019. The club “Hebei China Fortune” signed him on January 24th, 2018. Javier has been part of the team of “Barcelona” that won the “Champions League” two times, “FIFA Club World” two times, “La Liga” four times, and “Spanish Cup” four times. 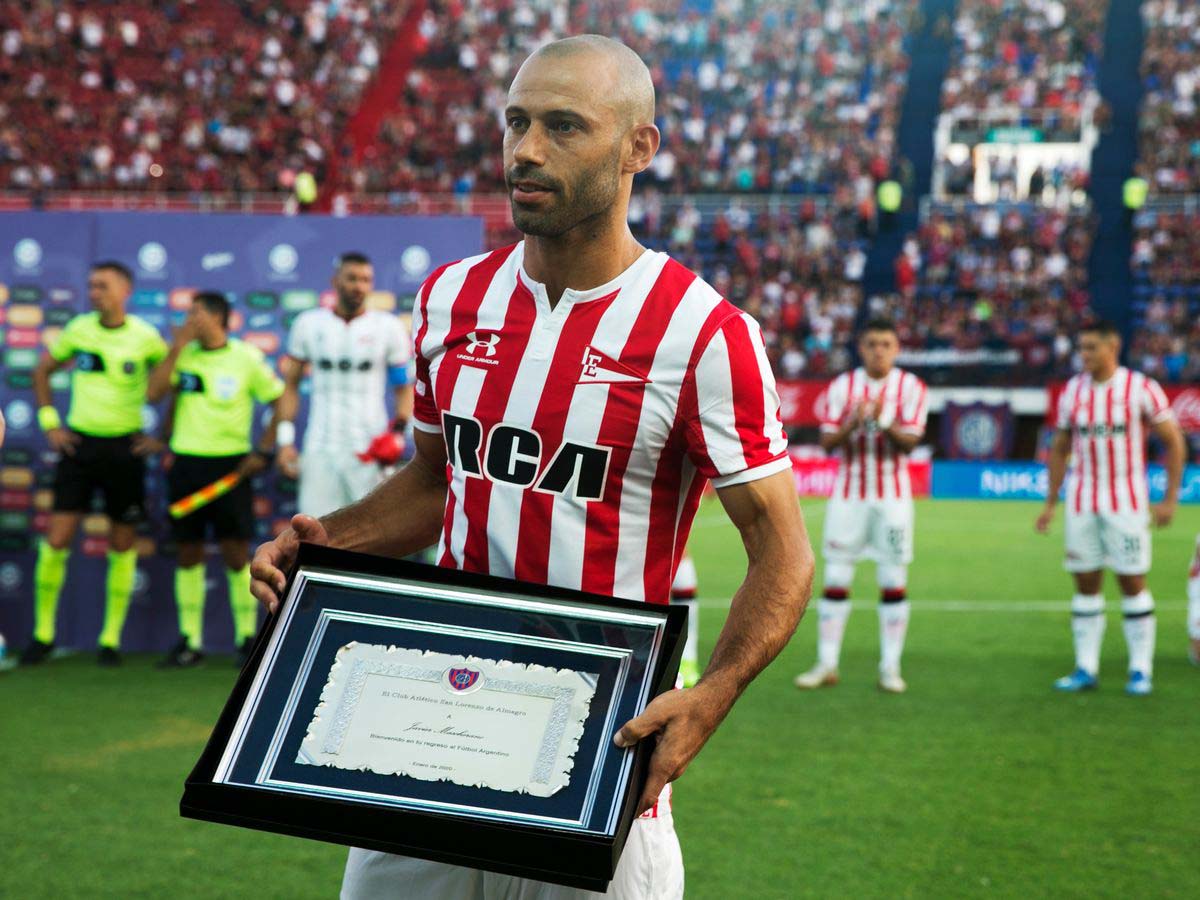 Javier Mascherano has been part of the sports fraternity for more than fifteen years. He has played a lot of matches, tournaments and scored a lot of goals in his career. According to celebritynrtworth.com, he has an approximate net worth of $40 million.