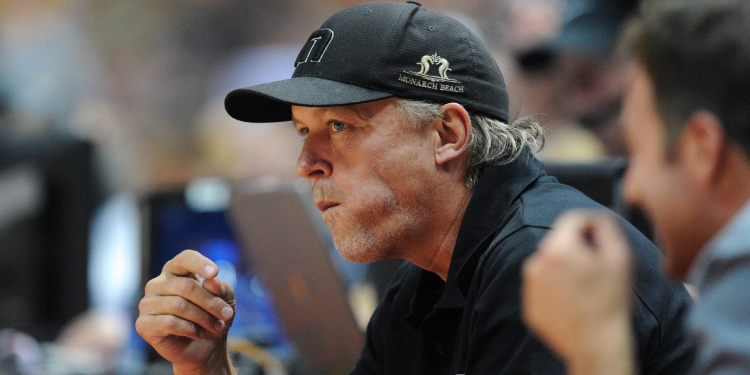 Jim Buss is a former executive vice-president of the Los Angeles Lakers which is in the NBA (National Basketball Association). Buss was a big fan of horse racing games and also loves horses so he trained the thoroughbred racehorses for around 9 years. It was the time before he submitted to the basketball game as a part-owner.

Apart from that Jim Buss was also the president of the Los Angeles Lakers indoor soccer team. He gives his time and support to the team members from 1985 till 1989. His charisma and his inner leadership spirit make him a successful person in every sports sector.

Jim Buss was born on November 9, 1959, in Los Angeles, California, U.S. He is a son of Jerry Buss (Father) and Ann Buss (Mother) His father is also a former owner of the Los Angeles Laker basketball team. Therefore, Buss took his father’s step and walk on onto it for a long time.

Besides, Buss grew up with his two sisters (Janie and Jeanie) and older brother (Johnny Buss). His brother is also a part-time strategic development owner of the Lakers basketball team. In addition to that, his sister Jeanie is an American sports executive.

Buss went to the University of Southern California (USC) on where majored in math. However, his study didn’t go for a long time as he dropped out in middle. It was hard for the buss to manage his career after lifting his hand from the study.

Likewise, the buss loves the race tracks and spend most of the young time there practicing the horses. Similarly, he also has a huge love for horse racing which I already mentioned before. So, buss even joined the jockey school to improve his horse-riding skills and also learn some techniques when he was 20 years old.

Furthermore, buss was also an introverted person so he usually doesn’t get much involved in public events.

Jim Buss started his professional career from a small business with his best friend but because of his friend’s death, the business was faded away. Despite that, his father makes him the president of the Los Angeles Lakers for the indoor soccer team. At that time, his work was excellent and also bring the company profit.

Later on, he becomes the horse trainer and uses the half-dozen of his father’s horses for the event. After a few times, buss later shifted to the horse racing stock but the business wasn’t quite good for him over the years.

In 1998, buss started to work in the Lakers as a trainer. He learned many things which he didn’t know before during his stay on the lakers team. Buss continues in the basketball business of his father until the lakers lost the 2004 NBA final game.

Even after the loss and win situation, Buss was promoted to vice-president of player personnel back in 2005. At that time, his father wants him to handle the entire decision of the team.

After his father’s death (Jerry Buss) in 2013, he later took his father’s role as executive vice president of the basketball operations.

In 2017, buss was fired from his position after having an argument with his sister Jeanie (Lakers President).

Jim Buss got married back in 1983 but got divorced in 1985 because of their personal reasons which weren’t heard in public.

Jim Buss is a successful person and the former president of the Lakers basketball team. So, his net worth is estimated around at $150 million.

Taking about the social media accounts of Jim Buss, he is rarely used and involved in them. He has a Twitter account but with only 678 followers. His last tweet was on July 3, 2015, so as you can see he’s not a social media person and only focusing on his personal life.

However, there is still a doubt that he runs his Twitter media account. So, we can assume that he’s not into any social media accounts.