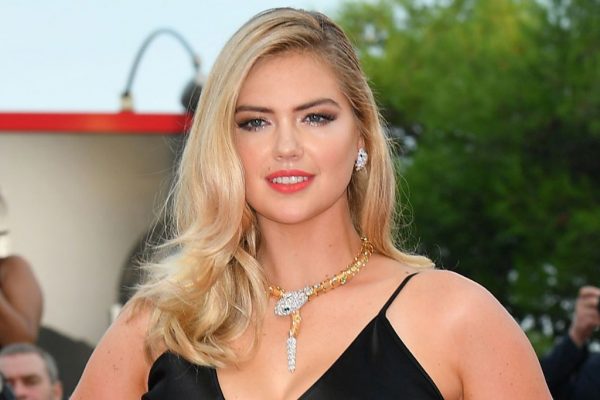 Kate Upton is a multitalented person who is involved in two fields modeling and actress. She is recognized as one of the sexiest models ever on the globe. In fact, Upton has made her modeling career successful just in a short period of time after the Dougie dance video become popular back in 2012.

The popularity of Kate doesn’t only come from her career and the work she is involved in. It also comes from her husband Justin Verlander who is a professional baseball pitcher. He is currently playing for the Houston Astros of the MLB (Major League Baseball).

Kate Upton was born on June 10, 1992, in St.Joseph, Michigan, United States. As She belongs to the White ethnicity and holds an American nationality. More, Kate is 5 ft 8 in tall in height and weighs around 62kg (136lbs).

Besides, Upton is the daughter of Jeff Upton (Father) and Shelly Upton (Mother). Her mother was a Texas state tennis champion and her father was a high school athletics director. She received all the love and support from her parents from the beginning because of her caring personality.

Similarly, Kate grew up with her two sisters named (Laura Upton and Christine Williams) and a brother named David Upton.

Moreover, Upton went to the Holy Trinity Episcopal Academy after her parents moved to Florida back in 1999.

Furthermore, she was also active in American Paint Horse Association because of her passion for horseback riding from the beginning. She has competed in several events and championships of horse riding during her high school days.

Kate Upton started her career in modeling when she was just 15 years old. She signed her first contract with Elite Model Management back in 2008 and started to expand her modeling career.

After moving to New York, Upton started to work with Garage and Dooney & Bourke which is a part of the IMG models. At that time, she already has gained quite popularity in the modeling world.

In 2011, Kate started to be recognized even more after her Dougie dance video went viral on the internet. After that, she began to work with Sports Illustrated Swimsuit Issue as a body paint model.

A year later, Upton appeared in a Sports Illustrated Swimsuit Issue cover for the first time after her previous successful work with the team. In addition, she also appeared in various famous magazines covers such as GQ, Vogue, French ELLE, Vanity Fair’s, and Esquire.

Apart from the modeling career, Kate is also popular as an actress. She appeared in her first movie called “Tower Heist”. After a successful role in a movie, she then started to appear in other movies such as The Three Stooges, The Other Woman’s, The Layover, and The Disaster Artist.

Kate is happily married to her husband Justin Verlander who is a professional baseball player. The couple met back in 2012 and since then they fell in love and start dating.

After years of relationship, Kate and Justin finally got engaged in 2016. It was the most beautiful moment for both of the couple to hold their hand for eternity. After a  year later, they tied their knot in Italy.

Now, They both have a beautiful daughter named Genevieve Upton Verlander who was born on November 7, 2018.

Kate Upton is a successful model and an actress who has earned quite a good fortune in her career. Kate net worth is estimated around at $20 million.

Kate Upton is quite active on her social media accounts. She has Instagram account with 6.2m followers on where she usually posts content about her modeling and personal time with her husband Justin.

Similarly, Kate even has a Facebook page with 4.7m followers and has been increasing day by day because of her popularity.

For Full biography about your favorite Baseball Player Wife, please check out Sportscovering.