Every student needs some e sorts of activities to take a break from the monotonous studies. Sports has been one of the best tools for all students to refresh their minds for a long time. This extra-curricular is not just a source of entertainment but is like a therapy. Either you are playing or watching any sports, it helps to increase your focus. It takes you far from all the tensions and frustration of life. And then, after the reboot of the mind, one will be more fresh and dedicated.

Moreover, sports also develop a competitive spirit and the winning attitude of a person. No matter how old one gets, the competitive spirit will always stay with the person. This attitude helps everyone to go ahead in life and also develops the leading skills in a person. Similarly, some people don’t take sports as a refreshment but take it as passion. Then, they start to follow their desire to make it their professional career.

Likewise, Kamaru Usman is one of those students who hooked by his passion. He was passionate about sports since the early days. Then, his interest in wrestling during his high school became the foundation of MMA stars.  Kamaru also holds the fifth ranking in the list of “UFC men’s pound-for-pound rankings.” The plan was last prepared on 14th July 2020. 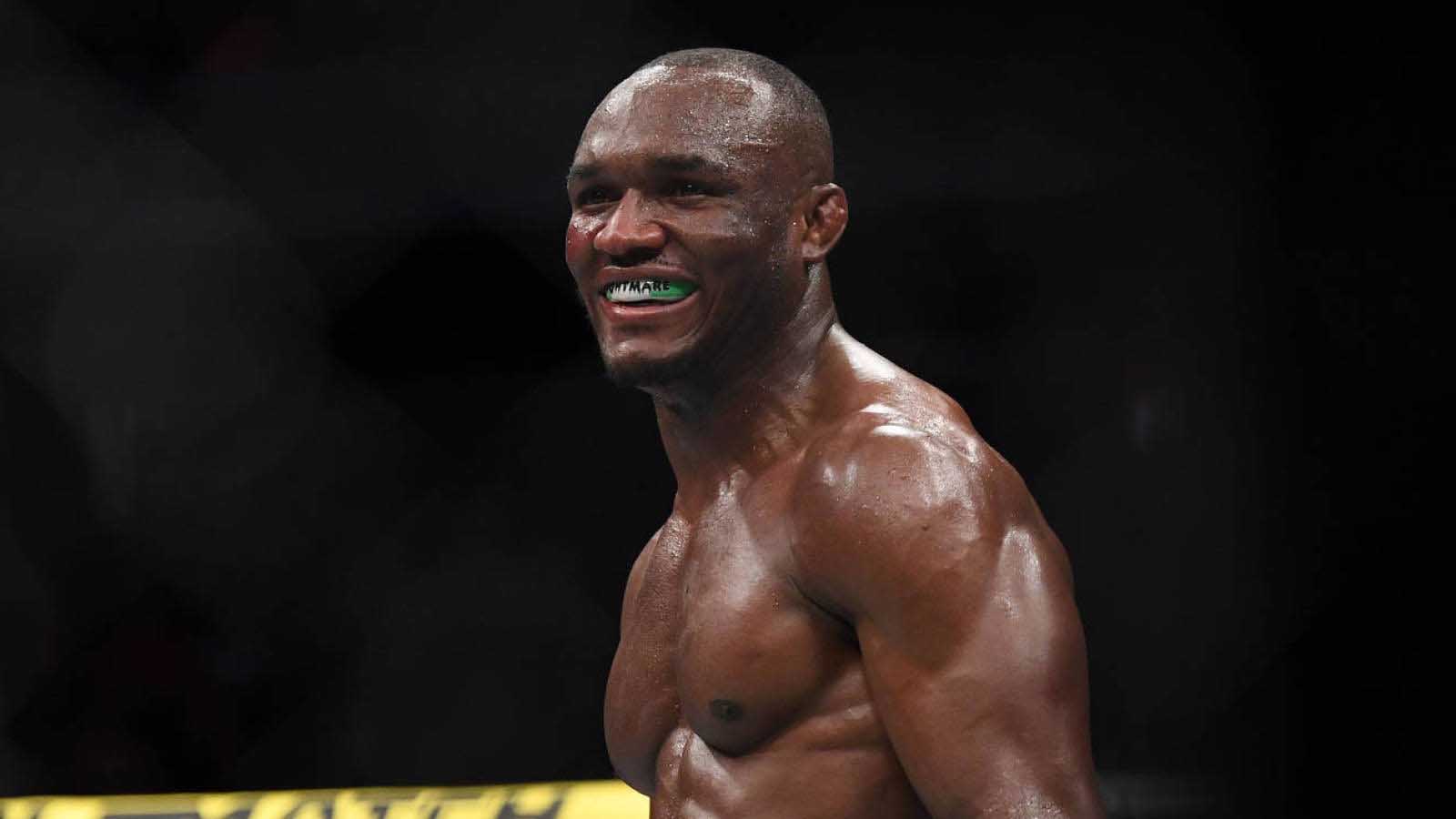 The birthplace of Kamaru is Auchi, Nigeria. He came into this world on May 11, 1988. Kamaru’s father used to serve in the Nigerian Army. Whereas, his mother used to teach. He grew up with his two brothers, Mohammed and Kashetu. Mohammed is one of the mixed martial artists, and Kashetu has completed a professional doctorate in pharmacy. Kamaru, along with his family, shifted to Benin City and then the United States. He was only eight years old.

Kamaru went to Bowie High School, Arlington, Texas. His sophomore year in high school gave him many possibilities for pursuing a career. At this moment, he started his wrestling. There was an exciting incident during that time. His coach faced problems pronouncing his name. And his coach gave him a nickname, “Marty.” Kamaru Usman continued his stage performance with the same name during his early wrestling career.

Likewise, Kamaru even maintained a record of 53-3 during high school. He even got to be a second runner up in the “Texas State Championship.” Kamaru also wrestled with Jon Jones in the “Senior National Tournament.” It was just before he departed for university. Then, he joined “William Penn University” in Lowa. Kamaru Usman went there for a year. During the one year, he succeeded in reaching up to qualifiers in the national tournament “NAIA” in 2007.

Despite reaching the qualifier, Kamaru Usman was unable to play because of a snowstorm. But his head coach and rest of the team had reached the tournament, and he was left alone. This game became quite frustrating for him, and he decided to go the William Penn University. 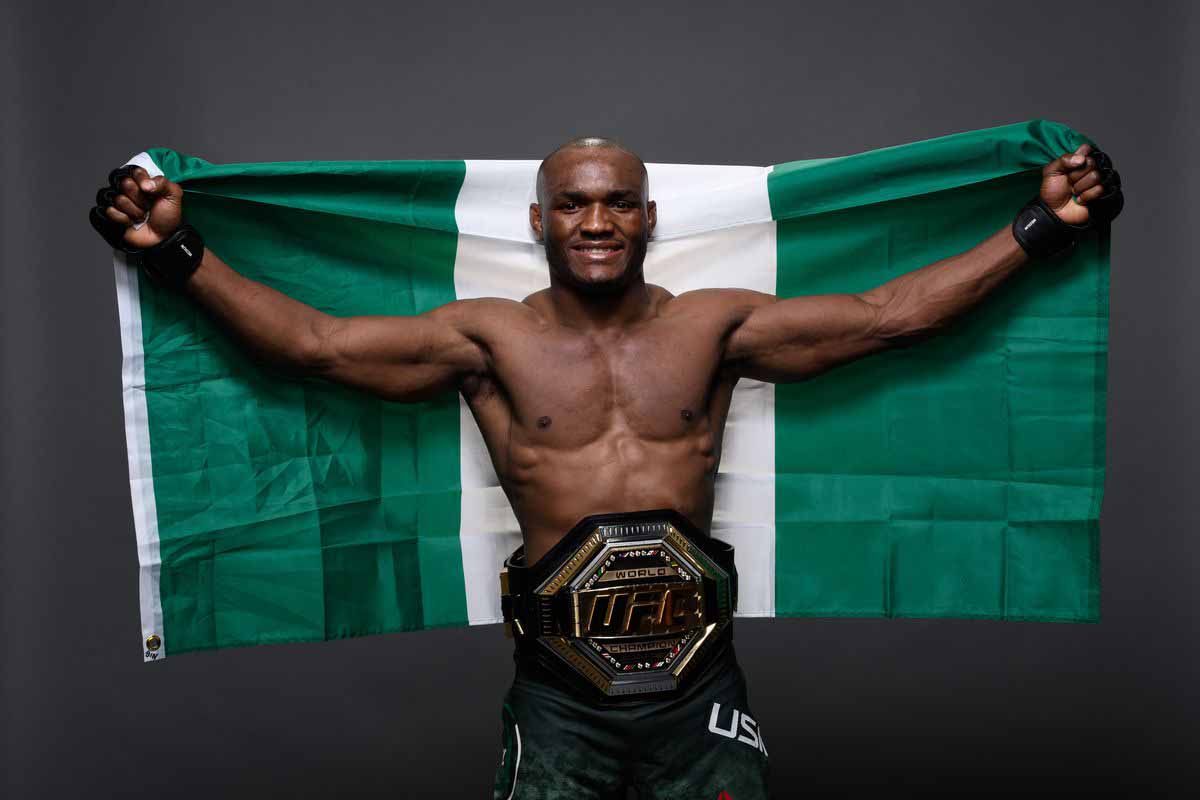 Kamaru left the University and transferred to the “UNK” (the University of Nebraska at Kearney). “UNK” had offered him for the recruitment at the very beginning of his college days. The then “UNK wrestler” Travel Dlagnew had recommended him. Just after the admission of Kamaru, the team “Lopers” succeeded in winning the title for the first time in 2008. The days of Kamaru in “UNK” seemed to be quite productive. He successfully won the title of “NCAA Division II All-American” honors for all three years in UNK. Kamaru has also become a national finalist for the two times.

Moreover, Kamaru won the title of “NCCA Division II” national champion in the category of 174 pounds in 2010. Kamaru Usman had an excellent record of 44-1 till the completion of the season. Kamaru Usman additionally became a part of the “University World Team” in “Freestyle Wrestling” in the same year. Kamaru got the biggest blessing from the ex-Football star of the “National Football League” (NFL) Christian Okoye. Christian blesses him with his trademark, “The Nigerian Nightmare,” to use it.

Kamaru made his MMA debut professionally on 12th November 2012. Kamaru Usman succeeded in maintaining his record of 5-1 from various regional level promotions. Kamaru started his journey in “The Ultimate Fighter” at the beginning if 2015.

Steve is the former “WSOF Welterweight Champion.” This opened his gate towards the finals. He succeeded in winning the tournament’s finals against “Hayder Hassan” on July 12, 2015. Kamaru Usman even won the “Performance of the Night” reward, which supported him in signing a six-figure agreement with the UFC. 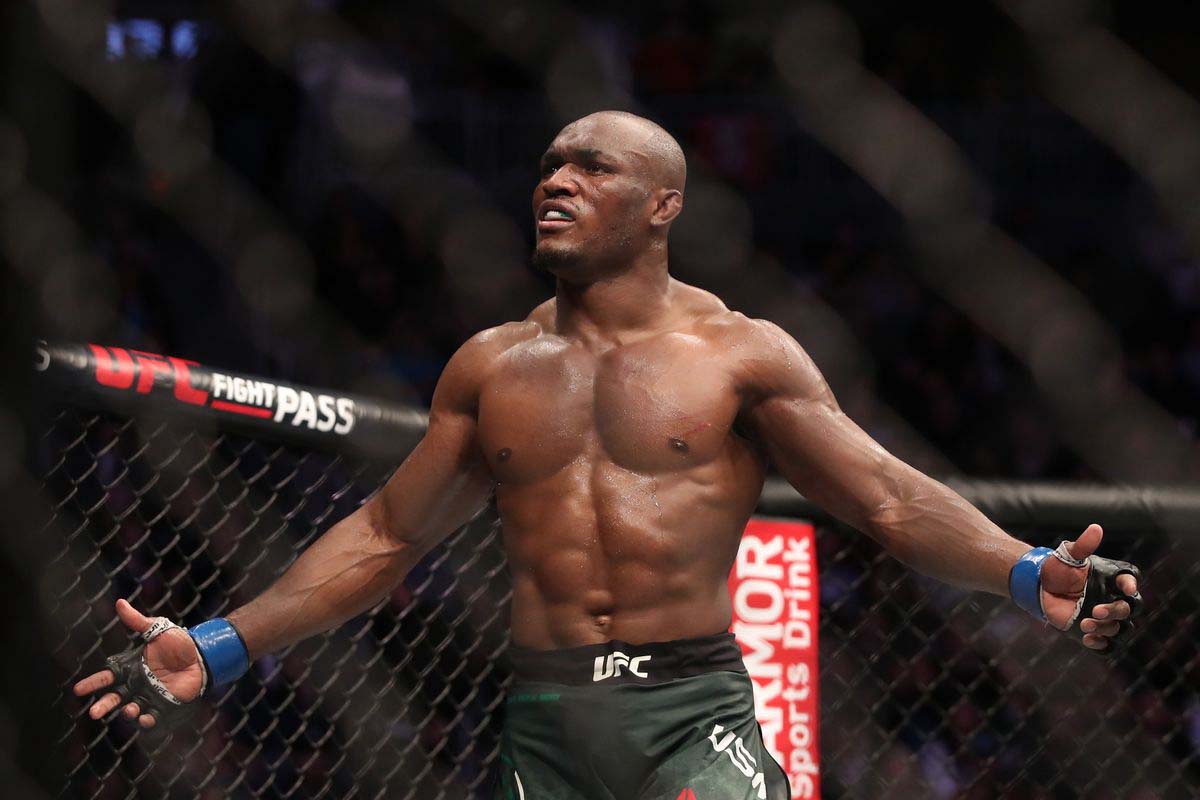 Moreover, Kamaru won the fight against  Warlley Alves in “UFC Fight Night 100” in November 2016 by unanimous decision. He also won “UFC 210” against Sean Strickland on April 8, 2017. Kamaru also won “The Ultimate Fighter 28 Finale” by unanimous decision on 30th November 2018. Kamaru Usman had also won the award “Fight of the Night.” It was during his match while defending in “UFC 245” against Colby Covington. He also won the “UFC 251” against Jorge Masvidal on July 5, 2020.

Kamaru is a coupled man. They got the blessing of a girl in 2014. They named her “Samirah.” The family appears in the public time and again. But they have kept the details about his wife private.

Kamaru has been part of the sports world for more than eight years. He has successfully won several championships. According to the evaluation of his titles and celebritynetworth.net, he has an approximate net worth of $3 million.

The nationality of Kamaru is Nigerian. He belongs to African ethnicity. The current age of Kamaru is 32. He has a charming height of 6 feet with a complimentary weight of 77 kgs.