Kawhi Leonard is an uprising, young and talented basketball player. He is a professional NBA player currently playing for Los Angeles Clippers.

Kawhi Leonard first attended the high school in Moreno Valley named Canyon Springs High School but later transferred to Martin Luther King High School, where along with his friend Tony Snell set the record of 30-3 points. Leonard was entitled to California Mr. Basketball in that Year. On average, Kawhi Leonard scored 22.6 points, 13.1 assists, 13.1 rebounds, and three blocks in each game. As of 2009, Leonard was ranked No.8 small forward (SF) and also ranked as the No. 48 player in the whole nation. 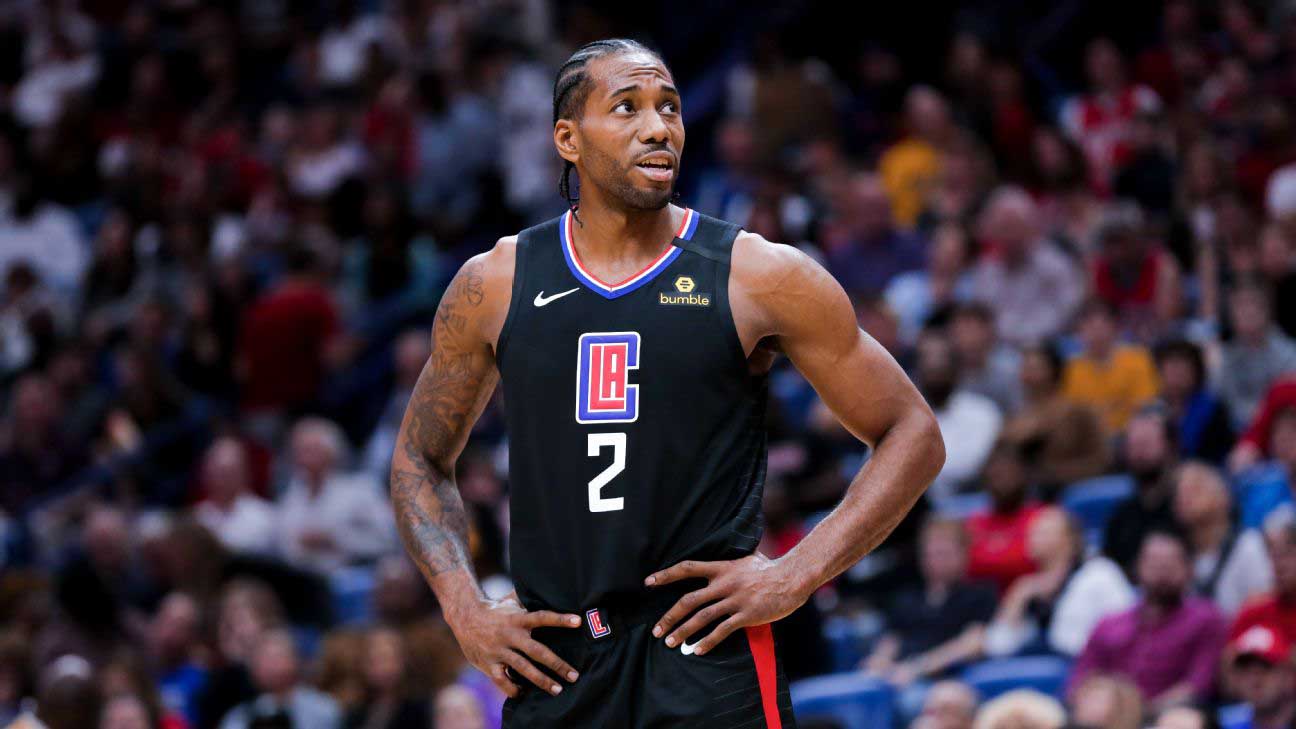 In 2009, Kawhi Leonard joined San Diego State University and started playing for the Aztecs. He scored an average of 12.7 points and the average of 9.9 rebounds in each game. With his help, the team won the title of Mountain West Conference (MWC) in the tournament. After winning the tournament title, the team was automatically selected for the NCAA tournament. But the Aztecs lost the match against Tennessee with 62-59 points. Since his performance in the MWC was highly appreciated, Kawhi Leonard was entitled to the MWC Freshman of the Year, 2010 MWC Tournament MVP, and First Team All-MWC.

In the later season, the Aztecs again won the back-to-back tournament championships making the record of 34-3 points. Leonard also led the team to the NCAA tournament. The team made it to Sweet 16 this time but was defeated once again by Connecticut. Then Kawhi Leonard left the group and entered in 2011 NBA draft.

Leonard’s professional career started in Year 2011. He was picked by the Indiana Pacers in the 2011 NBA draft but was traded the same day to San Antonio Spurs in exchange for George Hill, who was a famous player at that time. That Year, Kawhi Leonard signed the multi-year contract with the Spurs.

In the following Year 2012, Kawhi Leonard was selected in the Team Chuck for the 2012 Rising Stars Challenge but could not play due to the injury. During the end of the season, Leonard was voted in the fourth place of Rookie of the Year and was also entitled to NBA All-Rookie First Team. In the following summer, he was selected for the 2012 USA men’s basketball Select Team. Along with several other players, Leonard trained with Kobe Bryant, Kevin Durant, LeBron James, and so on, who were the Olympic team. 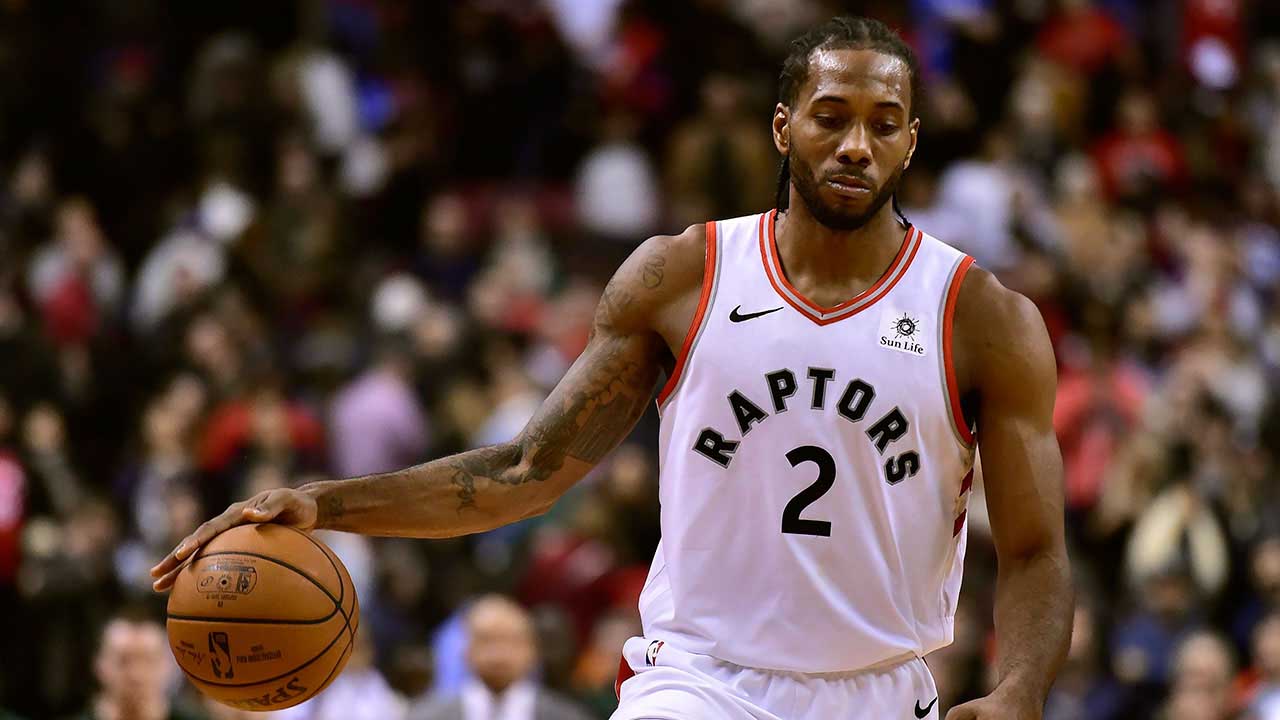 At the end of 2012, Leonard was chosen for BBVA Rising Stars Challenge in the team, Chuck. They won against the team Shaq where Kawhi Leonard set the record for 20 points and seven rebounds. The team reached the NBA Finals and was defeated in the Finals.

On April 6, 2014, Leonard record the seasons highest by 26 points, and the team won against Memphis Grizzlies by 112-92 win-scores. And for the first time, Leonard was entitled as the NBA All-Defensive Second Team. The team once again met in the NBA Finals. The team once again won with the 111-92 points, where Leonard scored the career-high of 29 points. On average, on 61% shooting, Kawhi Leonard scored the 17.8 points. He was entitled again as the NBA Finals MVP. He was just 22 years old when he won that award and so became the third-youngest player to achieve it.

On November 10, 2014, Leonard played in the competition despite his eye infection but was able to score the season-high 26 points defeating the Los Angeles Clippers. Again, Kawhi Leonard missed the 15 games due to his right-hand injury and finally came back to play in the Year 2015. Also, the team scored the 110-96 points and won over the Portland Trail Blazers. In the following month, the team defeated the Golden State Warrior. That month, Leonard won the NBA Defensive Player of the Year title and NBA Finals MVP.

In the year 2016, in July, Leonard updated the five-year contract with the Spurs for 90 million dollars. In the first opening season, Leonard scored the career-high of 32 points, but the team was defeated against Oklahoma City Thunder. He again scored the 27 points of career-high of that time and won over the Memphis Grizzlies. In 2016, Leonard was selected in the 2016 All-Star Game. With the help of Leonard, the Spurs defeated Miami Heat, Toronto Raptors, respectively, during the 2005-06 season. He set the new career-high points of 33 points against the Toronto Raptors. He again won his second Defensive Player of the year’s honor.

In 2016, Leonard and his team defeated the Golden State Warriors by 129-100 points. In 2017, his team was defeated by Phoenix Suns, although Leonard set his new career-high record with 38 points. After that, in the following seasons, Leonard keeps on breaking his career-high records in each game.

In the Year 2018, Kawhi Leonard was traded to Toronto Raptors. Leonard was entitled to the Eastern Conference Player of The Week after the two consecutive wins as the Toronto Raptors. Leonard led the team into NBA Playoffs with victory one after the other, and the Raptors reached the 2019 Finals. They had the straight victory over the season and won the second NBA championship that year and once again named the NBA Finals MVP. During the 2019 season, Leonard scored an overall of 732 points.

In the following month of July, Leonard signed the 103 million dollar contract for three years with Los Angeles Clippers. That year the team won over the Los Angeles Lakers by 112-102 points and over Golden State Warriors by 141-122 points. On December 11, when he returned to Toronto for the first time after joining the Clippers, he earned the tribute and standing ovation from the crowd in the first match. The team won once again against the Raptors with 112-90 points and also defeated Minnesota Timberwolves by 124-117 points after two days. At the end of the season, in February 2020, He was entitled to the NBA All-Star Game MVP of 2020 NBA All-Star Game. 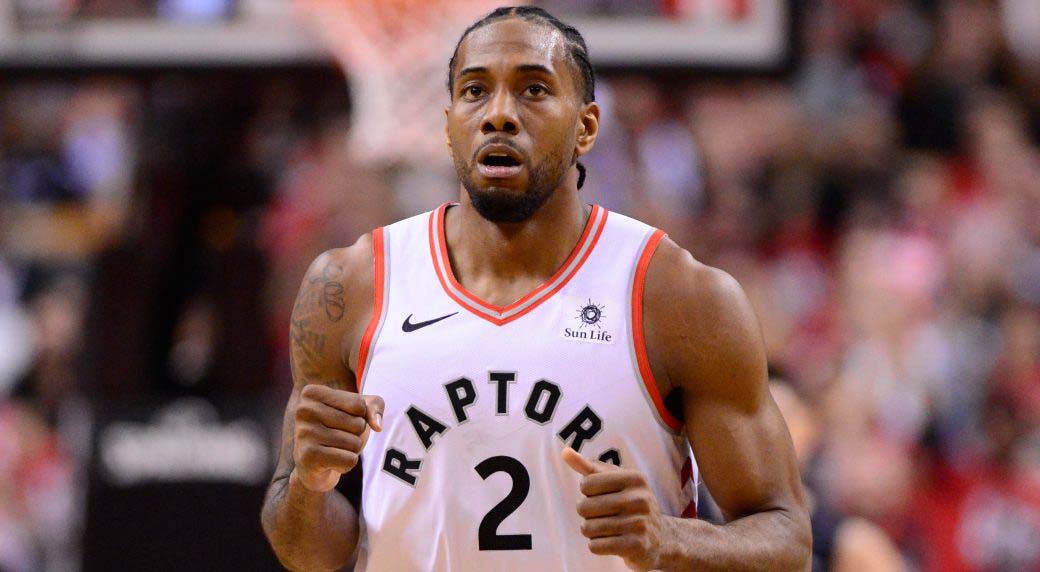 Leonard’s full name is Kawhi Anthony Leonard. He was born on June 29, 1991, to Mark Leonard and Ken Robertson. His nationality is American, as he was born in the city of California, Los Angeles. His father was killed on January 18, 2008, but the culprit behind his father’s death is not found yet. Leonard’s uncle is Steven Johnson, who is the former American football wide receiver.

Leonard isn’t married yet, but he is dating with Kishele Shipley, and they have two children together. Leonard doesn’t open about his private matters to social media as he prefers to keep his personal life confidential, and he is not used to social media. Leonard and Kobe Bryant had the same helicopter pilot, which he shared after the death of Kobe Bryant and his daughter.

Kawhi Leonard’s current net worth is estimated to be around 35 million dollars. However, his net worth is expected to grow further in the upcoming years.