Deonna Purrazzo is a professional wrestler from America. She is currently active as a wrestler in “Impact Wrestling.” Deonna is also the winner of the title “Impact Knockouts Champion” for the second time. Deonna is also popular for her performances in the “World Wrestling Entertainment” (WWE). She was part of the “NXT” brand. Deonna has also fought for a lot of promotional wrestling matches. “Ring of Honor”(ROH) and “Impact Wrestling Championship” are some of her promotional wrestling campaigns. 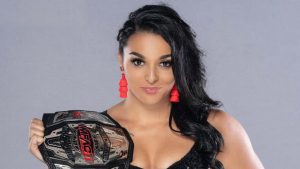 When and Where Deonna born?


The birthplace of Deonna Purrazo is Livington, New Jersey. She came into the world on 10th June 1994. She spent most of her childhood in Jefferson Township, New Jersey. There are not many details about the childhood and personal life of Deonna available.

Deonna Porrazzo went to “Jefferson Township High School” for her education. She started her training in wrestling in “D2W Pro Wrestling Academy” in December 2012. She came to know about the academy after she saw an advertisement regarding the academy. There she fought her first match in 2013. She left the academy in 2014. Deonna along with her trainer Damian Adams in the “Team Adams Training.” She also got the opportunity to enhance her skills under trainer “Rip Rogers” at “Ohio Valley Wrestling.” She played her first “Puerto Rican” wrestling match on 16th December 2016. It was during the “World Wrestling League” at the “Christmas in PR.”

How did Deonna Start her career? 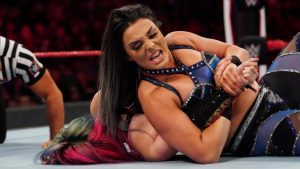 The professional wrestling match of Deonna in the “Women of Honor” was on 25th July 2015. It was the match against Mandy Leon. She lost the match. Deonna paired up with Hania to compete in the “2300 Arena” in December 2015. The team fought against Sumie Sakai and Mandy Leon. She also participated in the “Ring of Honor Supercard of Honor X” in April 2016. Deonna paired up with Amber Gallows to compete against the team, Mandy Leon and Solo Darling. They lost the match through submission. She competed against Sumie Sakain the match of “ROH’s Women of Honor.” His first victory match of the episode broadcasted on the “ROH TV” on 10th December 2016. It was the match against Candice LeRae.

Likewise, Deonna Purazzo collaborated with Mandy Leon to participate in the “Best in the World” tournament on 23rd June 2017. The duo lost the match against Sumie Sakai and Kris Wolf. She even participated in a “Three-Wayy” match against Kelly Klien and Karen Q. Karen Q had pinned her in the match. She even lost a match against Klein during the “Tapings” on 29th July. Deonna paired up with Jenny Rose and Leone during “Global Wars: Pittsburgh” on 13th October. The trio fought against the team of Sumie Sakai, Britt Baker, and Faye Jackson.

Deonna Purrazzo signed a contract with the “ROH” on 11th January 2018. She also competed in the “Women of Honor Championship.” She teamed up with Tenille Dashwood to win the match against Sumie Sakai and Jenny Rose. It was during the “ROH Manhattan Mayhem 2018.” The team also succeeded to reach the quarter-finals of the tournament. She even defeated Holidead. Mayu Iwatani defeated Deonna during the quarter-finals of the tournament and stayed on the championship. She ended her wrestling journey with the brand on 1st July.

The journey of Deonna Purrazzo in the “World Wonder Ring Stardom” began on 29th January 2017. She also teamed up with Shayana Baszler and Christi Jaynes during the “Six-Woman Tag Team Match.” The trio succeeded to defeat the team of Kris Wolf, Kagetsu, and Kris Wolf. They also won another match against the team of Jungle Kyona, Natsuko Tora, and Arisu Nanase on 4th February. The trio also won the match against HZK, Shirai, and AZM on 18th February. She paired up with Baszler to compete against the teams lo Shirai & HZk and Zoe Lucas & Toni Storm on 11th February. Deonna even challenged  Storm for the “SWA World Championship” but failed the match. She gained stardom in June 2018.

Moreover, Deonna Purrazzo has been also part of the “WWE.” She appeared for the first time in skits in the role of “Rosebud” along with Adam Rose in 2014. She played her first match in an episode of “NXT” on 11th November., 2015. Nia Jax defeated her in the match. She also appeared in the “SmackDoen Live” on 13th December 2016. Deonna also participated in the “Mae Young Classic.” She officially signed an agreement with the “WWE” on 31st May 2018. The same week, she began her journey by competing in the “Mae Young Classic” tournament. She succeeded to reach the quarterfinals of the tournament. Deonna appeared in a total of 16 matches on television.

Deonna Purrazzo moved back to the “Impact of Wrestling” on 26th May 2020. She played her first match for the brand on 9th June. She succeeded to win the match against “Taya Valkyrie” wife of well-renowned wrestle and actor  John Morrison during “Hard to Kill” on 16th January 2021.


Deonna Purrazzo is in a relationship with wrestler Marty Scurll. Marty is associated with the wrestling brand “ROH.” They share a lot of pictures on social media platforms. They are a complement to each other and their chemistry is adorable. 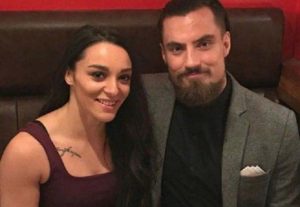 
Deonna Purrazzo is active on social media platforms. He goes with the name of “@deonnapurrazzo” on Instagram with 252K followers and “The “Virtuosa” on Twitter with 134.7K. She does not have an official Facebook page account.


The nationality of Deonna Purrazzo is American. Her current age is 26 years old. She has an average height of 5 feet 3 inches along with a complimentary weight of 63 kgs. Her ethnicity is not clear.