Nick Bosa was born on October 23, 1997, in Fort Lauderdale, Florida as a son of father John Bosa and mother, Cheryl Bosa. Bosa’s father is also a former professional football player in America, so it was easy for him to learn football techniques.  As a sibling, he had one brother whose name is Joey Bosa; he also used to play football, where he used to play in college football at Ohio State from the year 2013 to 2015. Bosa is only 22 years old, where he started his career in 2019 to till now.

For his high school, Bosa joined the St. Thomas Aquinas, located in Fort Lauderdale, Florida. After that, he attends Ohio State University, where he can play college football matches. Nick Bosa is a good player where everybody knew him as the best player in his high school. 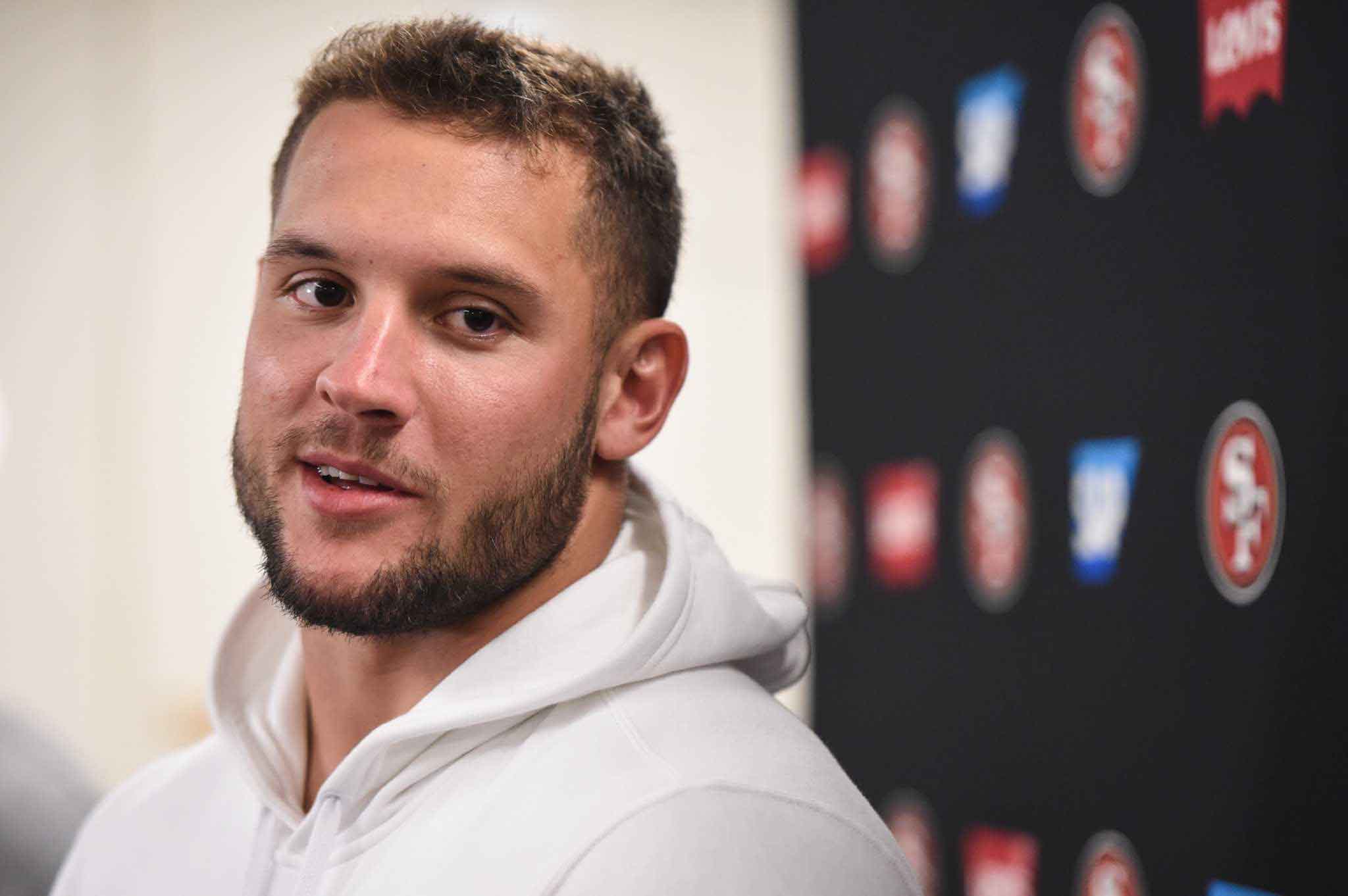 After joining Ohio State University, Bosa was playing in 13 games, recording 29 tackles where they lost seven, and five were sacks in 2016. Later, he started to play from the defensive position, and after that, he got called by the name Unanimous First Team All-Big Ten and the Smith-Brown Big Ten Defensive Lineman of the Year.

His total tackles were 32 and a team-leading seven sacks where he received two pass breakups and quarterback hurries and blocked kick. After that, he underwent core-muscle surgery in 2018, on September 20. Later, Nick Bosa had decided to withdraw from the Ohio State, which is for the rest of the season. After that, he had entered into the 2019 NFL Draft (National Football League).

Bosa got invited to the NFL Scouting Combine was known as the top prospects at the draft after he left the Ohio State, where he was invited by analyzing his performance and playing techniques. After that, he fulfilled all the requirements which were needed. Nick Bosa got called for an interview where he was questioned by the 8 NFL teams, which include Arizona Cardinals, San Francisco 49ers, New York Jets, New York Jets, New York Giants, and Tampa Bay Buccaneers. Later, the San Francisco 49ers selected Bosa. 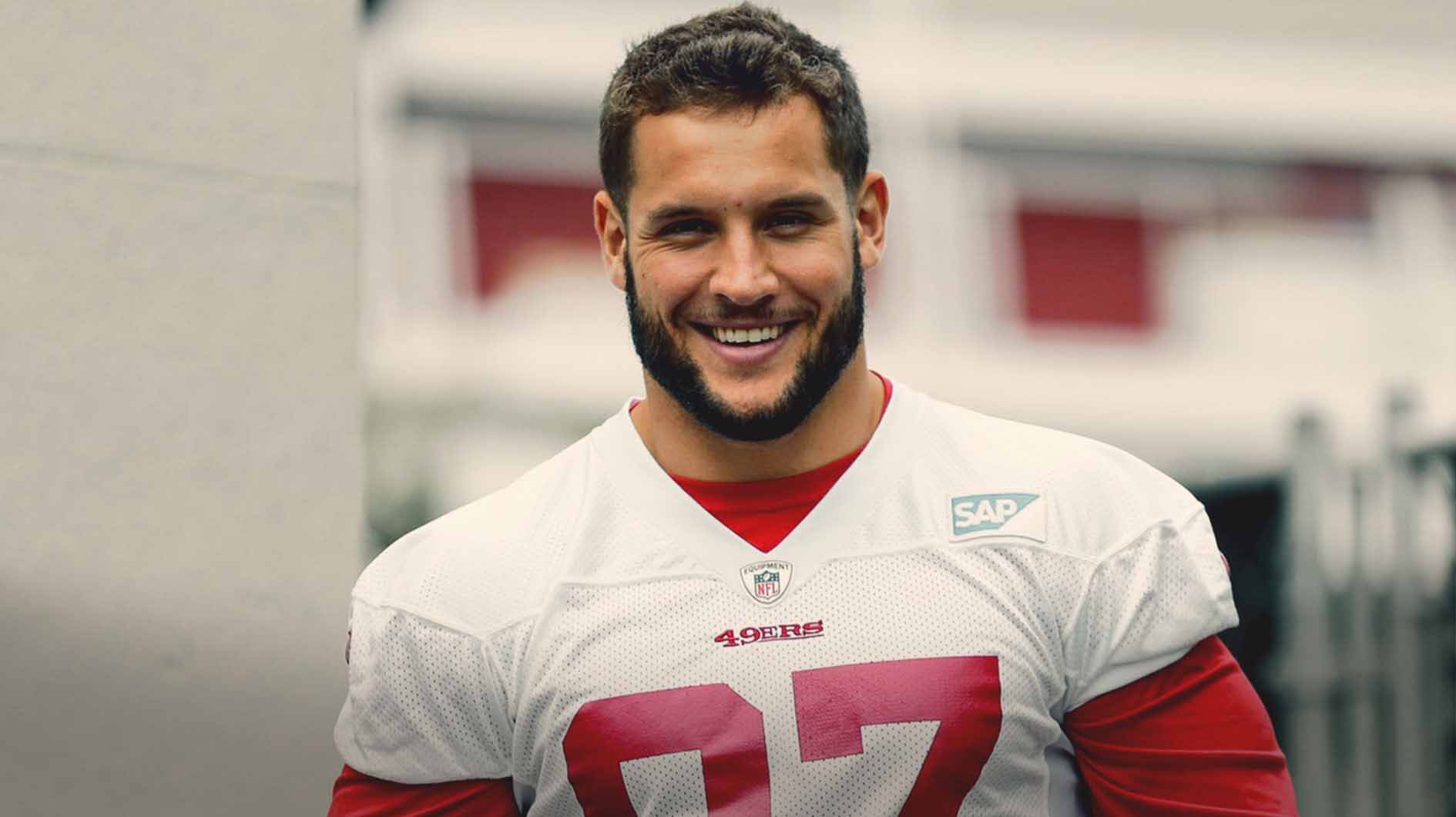 After the San Francisco 49ers selected Bosa, he made a contract for four years worth $33.5 million, featuring a $22.5 million signing bonus. After that, he was in the match upon the Tampa Bay Buccaneers, where he ought to make three tackles and dismissed quarterback Jameis Winston formerly in the 31-17 road victory. Later, he had made 31-3 win over the Cleveland Browns, where he had denied Baker Mayfield two times and earns an NFC Defensive Player of the Week.

After that, Nick Bosa played the game against the Carolina Panthers, where he had sacked Kyle Allen three times, and he made his record for first career interception in the 51-13 win. His performance was outstanding so that he could have the NFC Defensive Player of the Week and again called the NFC Defensive Player of the Month, which was for implementation in October.

After the success, he was again playing the Divisional Round of the playoffs, which were against the Minnesota Vikings, where he had a 27-10 win, and he had sacked Kirk Cousins two times. Then, he played against the Packers, where Bosa sacked Aaron Rodgers with the game of 37-20 win. Furthermore, Nick Bosa had seen playing against the Kansas City Chiefs, resulting in a 32-20 loss.

In the year 2020, he played the match against the New York Jets, but he suffered from a torn ACL and got eliminated from the game.

Bosa can win the AP NFL Defensive Rookie of the Year Award, which was held by his dad because he is in Miami. 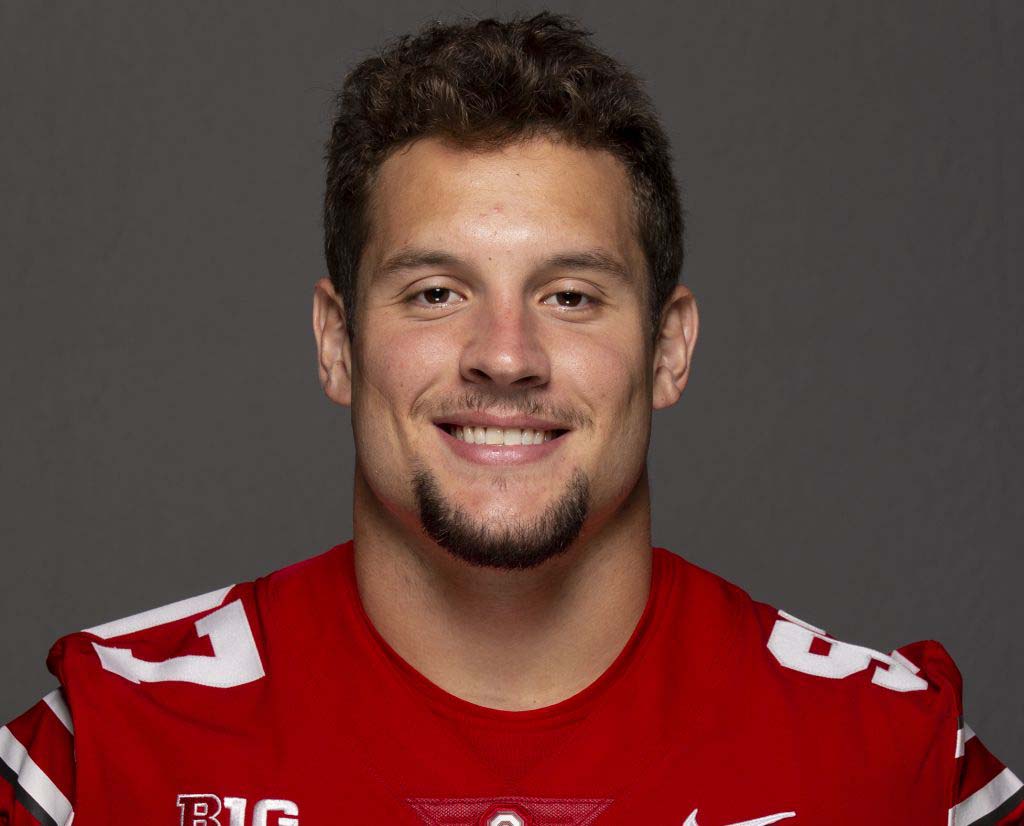 PERSONAL LIFE AND OTHER FACTS

As he had not mentioned his girlfriend, he is single for now, but his name comes up with Madison Gesiotto, a model, but she was not valid because she is dating another man.

Many people criticized Nick Bosa because of his beliefs towards politics and his tweets, which creates controversy, where she supports US President Donald Trump. He also used to like the posts on Instagram, which includes hashtags about racial and homophobic.

Nick Bosa holds the American nationality, where he belongs to the white ethnic group. He was 6 feet 4 inches (1.93), where his weight was 121kg.

Nick Bosa has signed the contract of $33.5 million, where the signing a bonus is $22.5 million for the four years.