Odell Beckham Jr.’s full name was Odell Cornelious Beckham Jr., born on 5th November in 1992. He was born to Odell Beckham Sr (father) and his mother, Heather Van Norman, in the capital city of Louisiana state, Baton Rouge. He also has a brother named Kordell Beckham and a sister named Jasmine Beckham.

Odell Beckham joined the Isidore Newman School, which was located in his city. During his school life, he started playing football as a letterman. Later on, he played as a wide receiver, running back, cornerback as well as the quarterback for the team. During his junior career in the school, for 743 yards, he made 45 passing catches and ten touchdowns.

He also made three scores in the ground, and in his senior year, for 1010 yards, he caught 50 passes and 19 touchdowns. He was one of the two players ever to set the record for 1000 receiving yards in the school’s history. Additionally, he made the 331 yards rushing with six touchdowns and also made a pass for 90 yards averaged a kick of 30.0 yards. During his senior career, Odell Beckham achieved the honors of District 9-2A Offensive; as a wide receiver, he was entitled with the 2A All-State first team and came in the list of Times-Picayune 2011 Blue-Chip. 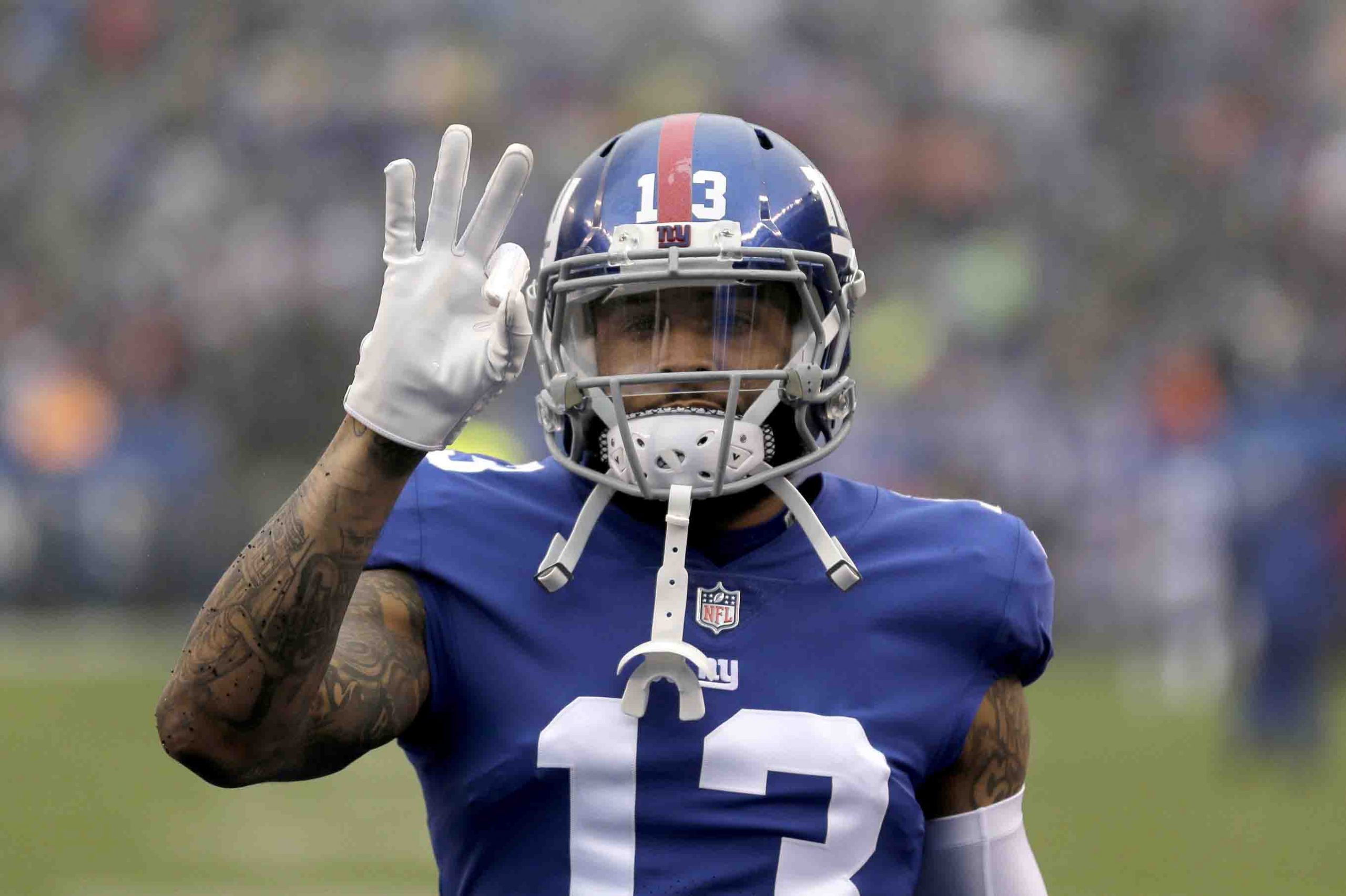 Beckham also played the basketball, and he was able to enter all the district selection. He not only was the champion in football and basketball, but he was also a track & field athlete. He was outstanding in both running and jumping. During his time in Newman High, he won the silver medal in the long jump. Odell Beckham also participated in a relay race where he secured the sixth position in the 2010 LA 2A State Meet.

His childhood idol was David Beckham; thus, he used to spend his time playing soccer during his early childhood. Odell Beckham was even selected for the junior national team program, but he declined the offer with the intention of joining the sports he is talented in the most.

The Rivals.com and Scout.com named Beckham as the four-star recruit and came in the sixth position of wide-receiver and also the nation’s 40th player. Because of his higher ratings, he was offered a scholarship from many different universities like Ole Miss, Tulane, Nebraska, and so on, but he chose Louisiana State University (LSU). During his high school, he played in an all-star game called the U.S. Army All-American Bowl in 2011.

Beckham’s college career started during the early 2011 seasons. As a freshman in his university, he started 9 out of 14 games in the seasons. His first college debut match was against Oregon Ducks in 3rd September of 2011. In his first game, for 10 yards, he achieved two receptions. In the following week against the West Virginia Mountaineers, Odell Beckham made his first college career touchdown and also a reception for 52 yards.

Beckham was not able to make a catch against Georgia Bulldogs but made two punt returns in the 2011 SEC Championship. In the following week, the team lost to the Alabama Crimson Tide by 21-0 score, where Beckham was able to achieve two touchdowns, and for 475 yards, he scored 41 receptions. Beckham was entitled as the freshman All-SEC selection. 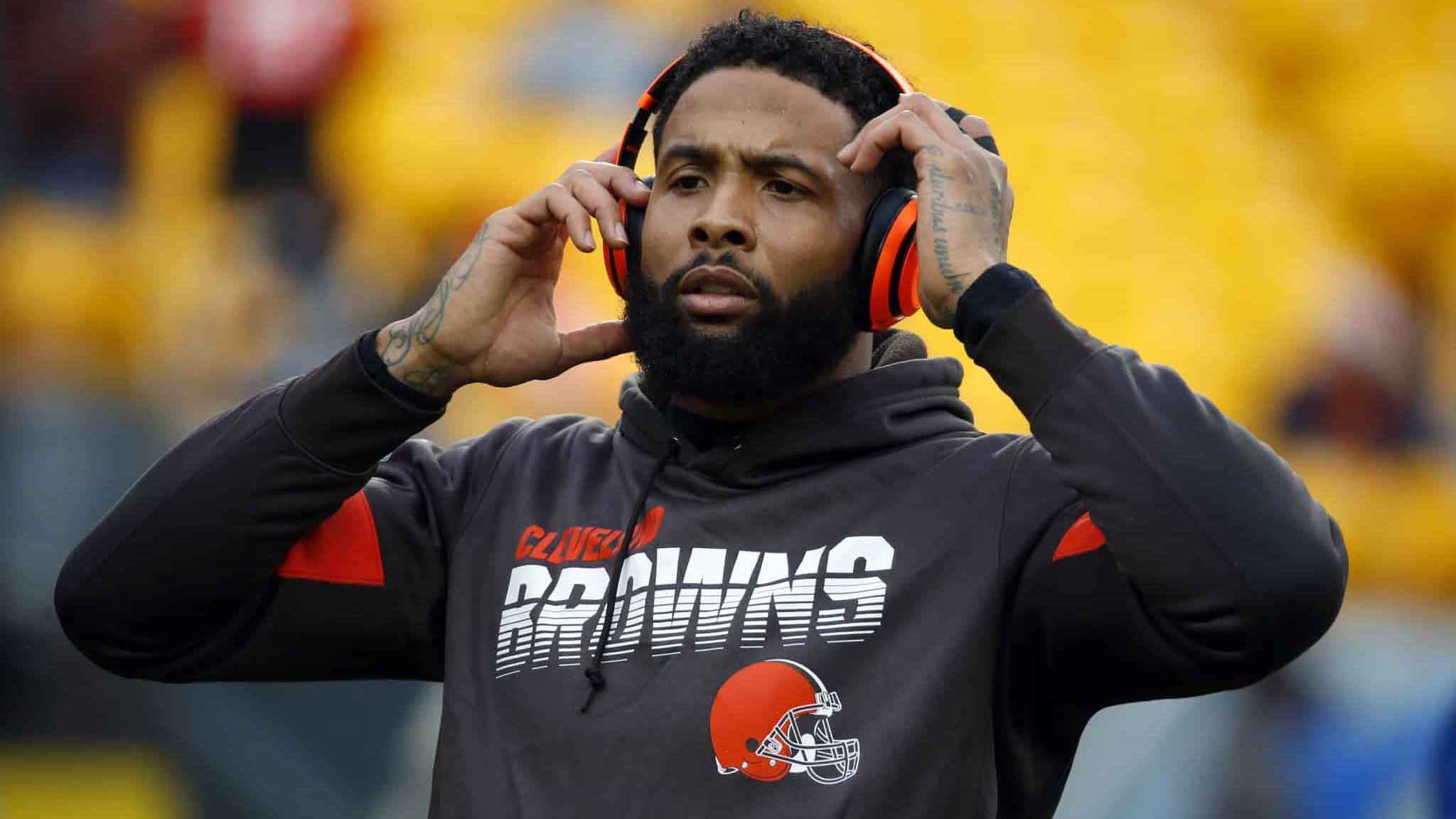 During the following season in 2012, Beckham started the 12 games out of 13. The Tigers had their first seasons victory against North Texas Mean Green by 41-14 points. Beckham scored the punt return touchdown and made a return of 70 yards. Odell Beckham also scored the two touchdowns, and for 128 yards, he made five receptions against Towson Tigers, defeating them by 38-22 points.

In the 2013 season, he teamed up with Jarvis Landry, who was also the best wide receiver. In the first week of the season against UAB, Beckham scored three touchdowns, and for 136 yards, he made five receptions. In the following week, Beckham scored his career-high record of 179 receiving yard and two touchdowns against the Mississippi State. Odell Beckham again made his career-high records against the Furman Paladins in the following week of the season with two touchdowns, and for a 204 yard, he scored six receptions.

During his senior season, Beckham entered the 2014 NFL Draft.

Beckham made his professional career debut in the 5th October of 2014. In his first game against the Atlanta Falcons, he set the record of 4 receptions for 44 yards and a touchdown, which was also his first professional career touchdown. Again in the match against the Indianapolis Colts, he made eight catches for 108 yards, although the team lost by 40-24. Again in the following game, the team lost against Seattle Hawks by 38-17, where Beckham caught seven passes for 108 yards.

In the following week against the Dallas Cowboys, Beckham made a “catch of the year” by scoring two touchdowns, and for 146 yards, ten also catches the one-handed touchdown reception. At the end of November, Beckham set the NFL Rookie record breaking the record of Bill Groman and Randy Moss of the month.

In the month of December, Odell Beckham set another record to be first NFL rookie to make the three scores, 12 catches for 140 yards and 143 receiving yards with a total of 3 touchdowns and 12 catches, respectively.

In the final season, Beckham broke all the previous records and set the new career-high records of 185 receiving yards against the Philadelphia Eagles. During the 2015 season, Beckham was ranked at the No. 10 of NFL Top 100 Players of 2016.

In 2018, Odell Beckham extended his contract worth of 95 million dollars with the New York Giants for five years. In 2019, he was exchanged with the Cleveland Browns. He played the rest of the seasons for the Browns. 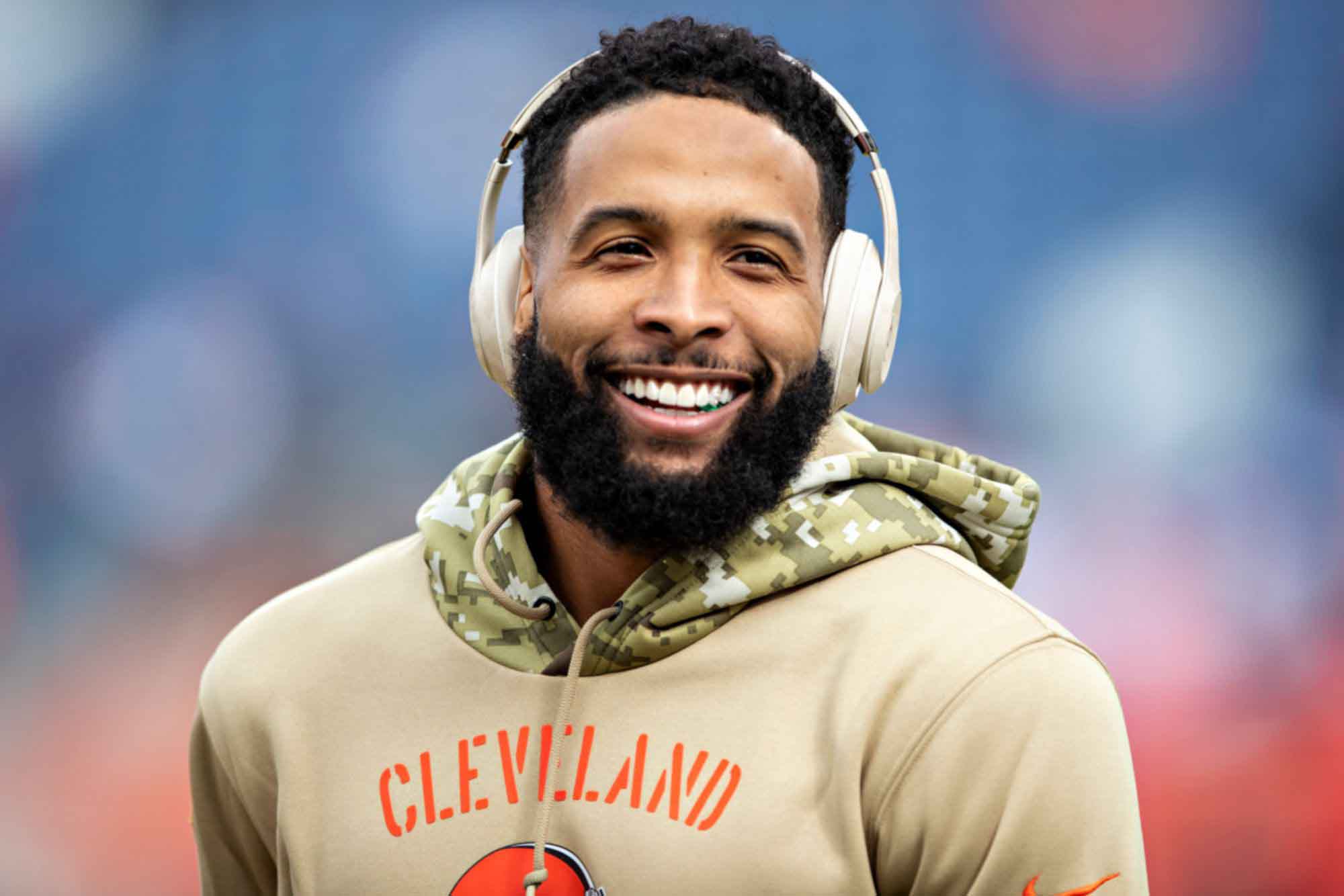 Since 2019, Odell Beckham started dating Lauren Wood and can be found expressing their love all over their social media. His girlfriend is a famous Instagram model.

Beckham may be good and popular in games, but he is also good at heart. When there was a flood in his home state, he donated the 500,000 dollars amount for the repairs. He also supported the foundation called Make-A-Wish to raise awareness among people. He has also helped the Hurricanes victim by donating 100,000 dollars. Also, Odell Beckham has raised charities and awareness to people about the Americans who are suffering from pangs of hunger.

Odell Beckhams total net worth is estimated to be around 25 million dollars. His net worth is expected to increase in the following years as he is just in the prime time of his life.