Who is Oliver Kahn?

The eleven players in a football team co-ordinate their level best to score a goal to make their team win. The same goes for another team. The best preparation of all the players of every position can go into vain if the preparation of a goalkeeper does not meet the level. The final responsibility of the winning or losing of a team depends upon the goalkeeper.

The striker gives his best to score a goal, the winger does his duty, the midfielder knows how to take the ball to the front and the defender knows how to deviate the ball too far from the post. Then, comes the goalkeeper whose minor miscalculation of approaching ball can cost a lot for the whole team. No matter how fast or slow the game is going ahead, a goalkeeper must always be attentive to save a goal.

Likewise, the best way to improve a team is to invest in the improvement of a goalkeeper. The more skilled a goalkeeper is the faster will the team progresses ahead. This is the belief of the only goalkeeper who succeeded to gain the “FIFA World Cup Golden Football”; Oliver Kahn. He is known as the “lion” in China.

How was the Oliver Kahn childhood?

The birthplace of Oliver is Karlsruher, Germany. He came into the world on 15th June 1969. 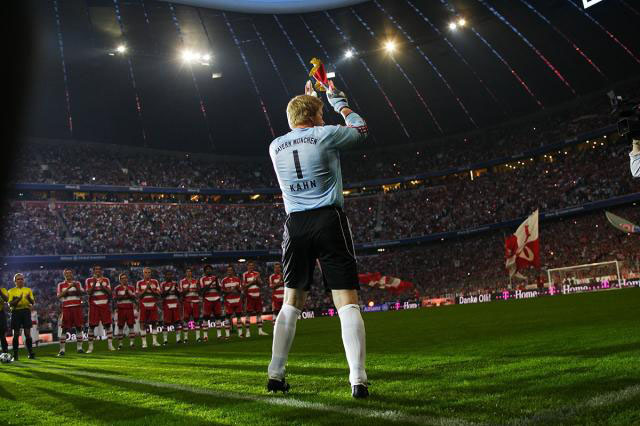 How did Oliver Kahn started his career?

Oliver Kahn joined the club “Karlsruher SC” when he was only six years old. His father was a professional footballer. He played between 1962 and 1965. This must-have foreseen his father to develop a passion for football. Oliver started from the “outfield” position before starting as a goalkeeper. He joined the professional team in the 1987-1988 season. He played for the first time in the game against the “1.FC Koln” on November 27, 1987.  They lost the match with a final score of 4-0. Within a few years, he succeeded to improve his performance. He soon became a key player for the team both as a player and a motivator.

Likewise, Oliver Kahn played a significant role to take the team to the semi-finals of the “1993-94 UEFA Cup.” The team lost the match against the “SV Austria Salzburg.” Oliver joined the “Bayern Munich” in the 1994-95 season. The contract was signed for €2.385 million. He started in the team as the “starting goalkeeper.” Oliver suffered from a “Rupture of Cruciate Ligament.” This kept him away from the field for six months. He joined the national team of Germany two years after coming back from the rest.

Moreover, his club “Bayern Munich” reached the finals of the “1999 Champions League.” It was the match against “Manchester United.” The ‘International Federation of Football History and Statistics” named him the “World Goalkeeper of the Year.”

Oliver Kahn became the “Man of the Match” in the “2001 Champions League.” T was the match against “Valencia.” Oliver even received the “UEFA fair Play Award.” It was because he went to the goalkeeper of the opposite team to comfort him after he missed the penalties. The goalkeeper was Santiago Canizares. The team succeeded to win the “ intercontinental Cup” in the same year. It was the match against the “Boca Juniors.” He even has to face problems after a ball hit hard in his eye. It caused swelling and even faced problems in discoloration. This stopped him from playing. His team won the match with a final score of 2-0.

Moreover, Oliver Kahn held the ranking of 197 in the list of “Clean Sheet Leader” in the history of “Bundesliga.” He played his 535th match in “Bundesliga” on September 2, 2007. The match against the “Hertha Berlin” was his last appearance for the tea,m on 17 May 2008. His team won the match with a total score of “4-1.” It was his 575th appearance.  His final match was against the “Germany XI” on September 2, 2008. It was his farewell through the ‘testimonial Match.” It was the end of his twenty-year-long career. Oliver appeared for the last time for the “Bayern Munich” on 27 May 2008. It was the match against the “Mohun Bagan.” 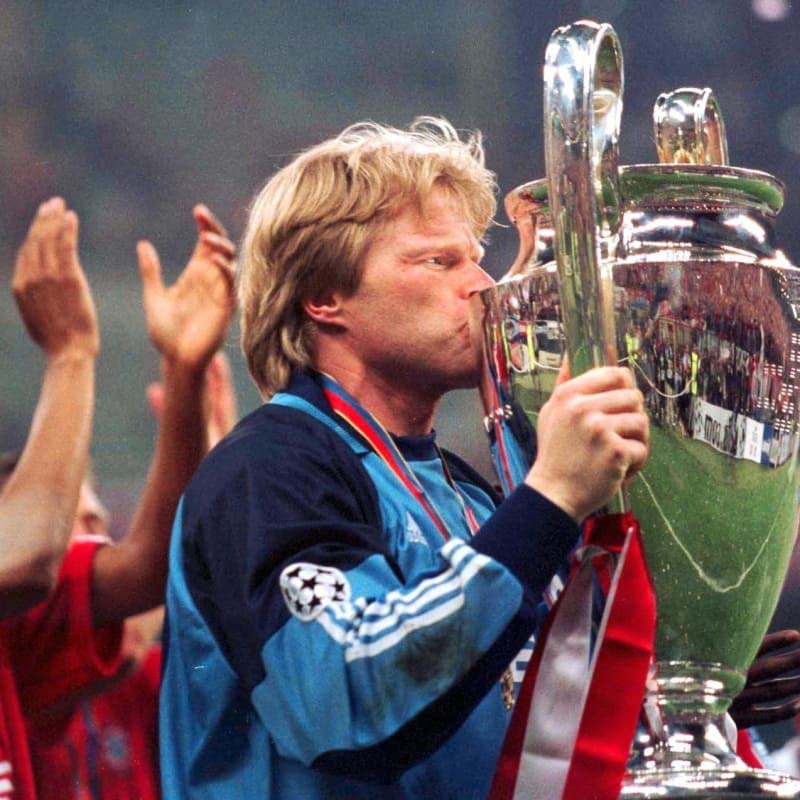 You may want to know more about Rivaldo

Who is the wife of Oliver Kahn?

Oliver Kahn exchanged the vows of marriage along with Simone in 1999. The couple is blessed with two children. The baby girl was born on 28 December 1998. The baby boy came into the world on 7th March 2003.  Unfortunately, the couple separated in 2003. There were also rumors of Oliver was dating Verena Kerth. There were a lot of rumors between 2003 and 2008.  Oliver and Simone finally divorced in 2009. Oliver married Svenja on July 8, 2011. Svenja was a longtime girlfriend. They welcomed their son on February 1, 2011.

Is Oliver Kahn on social media?

Oliver Kahn is active on social media platforms. He goes with the name of “Oliver Kahn” on Twitter with 87K followers and “@oliverkahn” on Instagram with 833K followers. His Facebook page “Oliver Kahn” has 2.5M followers. 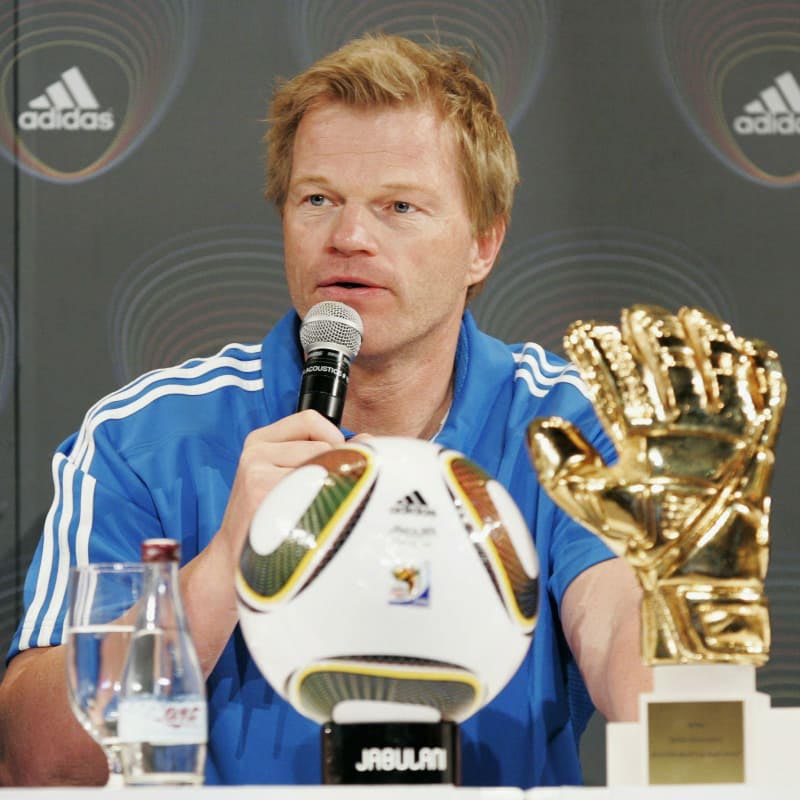 How much is Oliver Kahn net worth?

Oliver Kahn has been part of the sports fraternity for more than thirty years. He has been part of only two clubs till his professional life. He was one of the fairest players. There are no exact details of his net worth. But according to his achievements and lifestyle, he must have a net worth $100 Million.

The full name of Oliver is Oliver Rolf Kahn. The nationality of Oliver is German. His current age is 51 years. He has an attractive height of 6 feet 2 inches along with a complimentary weight of 91 kg. Oliver belongs to the Latvian ethnicity.